Ranking apples against oranges is always a slippery process. How does one maritime battle rise above others in importance? One benchmark is whether an encounter saw one fleet crush another. We could put Lord Nelson’s face on such a list. The Battle of Trafalgar (1805) delivered astounding tactical results. Yet the Napoleonic Wars raged on for another decade after Trafalgar, until Europeans finally banded together to put a stop to the little emperor’s marauding. It was indecisive. So why not rank battles by the magnitude of the issues they decided? Which sea fights yielded the most fateful results, reshaping the Asian order?

Herewith, my list of the Top 5 Naval Battles of the Asia-Pacific: 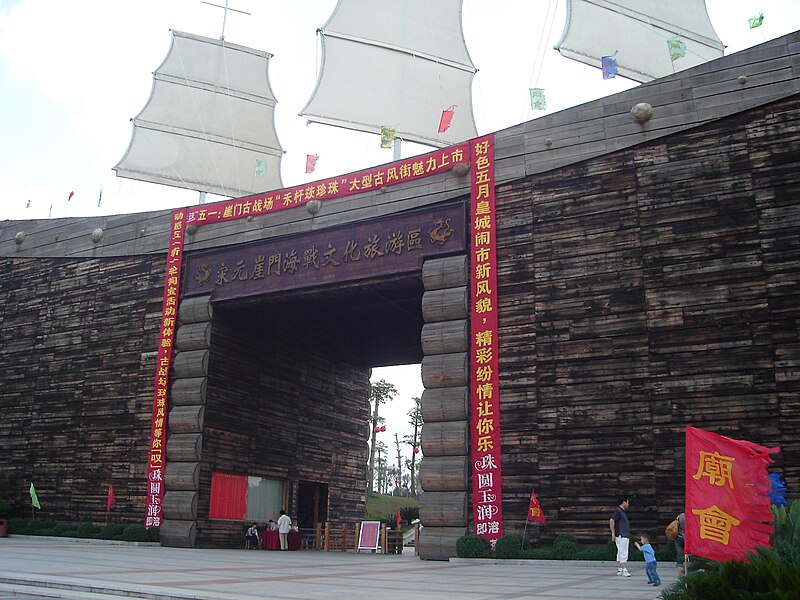 5. Battle of Yamen (1279). Sometimes dubbed “China’s Trafalgar,” this clash between the  Mongol Yuan Dynasty and the beleaguered Southern Song determined who would rule China. It was far more decisive than Nelson’s masterwork. Over 1,000 men-of-war crewed by tens of thousands of men took part in the engagement. Yuan commanders deployed deception and audacious tactics to overcome at least a 10:1 mismatch in numbers. Most important, Yamen claimed the life of the Song emperor, clearing the way for Kublai Khan’s dynasty to rule for nearly a century.

4. Pearl Harbor (1941).This epic miscalculation on Imperial Japan’s part opened a struggle for mastery of the Pacific Ocean. Rather than bypass Hawaii, strike at the U.S.-occupied Philippine Islands, and thereby firm up its control of the waters within its island defense perimeter, Tokyo dispatched Admiral Nagumo’s carrier fleet to strike at the U.S. Pacific Fleet. The result was an ephemeral tactical victory that brought about strategic catastrophe for Japan. American shipbuilders had laid the keels for a second U.S. Navy under the Two-Ocean Navy Act of 1940. The handwriting was on the wall for Japan once the new hulls arrived in theater starting in 1943. Pearl Harbor set events in motion that would give America nautical primacy for the next seven decades (and counting).

3. Guadalcanal (1942-1943). While the Battle of Midway garnered the most press, Guadalcanal and the rest of the Solomon Islands campaign launched the United States into an early offensive in the Pacific—despite the primacy Allied leaders afforded the European theater. The campaign kept Japan from extending its defense perimeter farther to the south, and thereby menacing the sea lanes connecting the United States with Australia. After six months of grueling battle—ably retold by the miniseries The Pacific and the memoirs from which it derives—U.S. forces could commence their methodical trek across the South Pacific toward the Philippines and Formosa. Never again would Japan regain the strategic initiative. 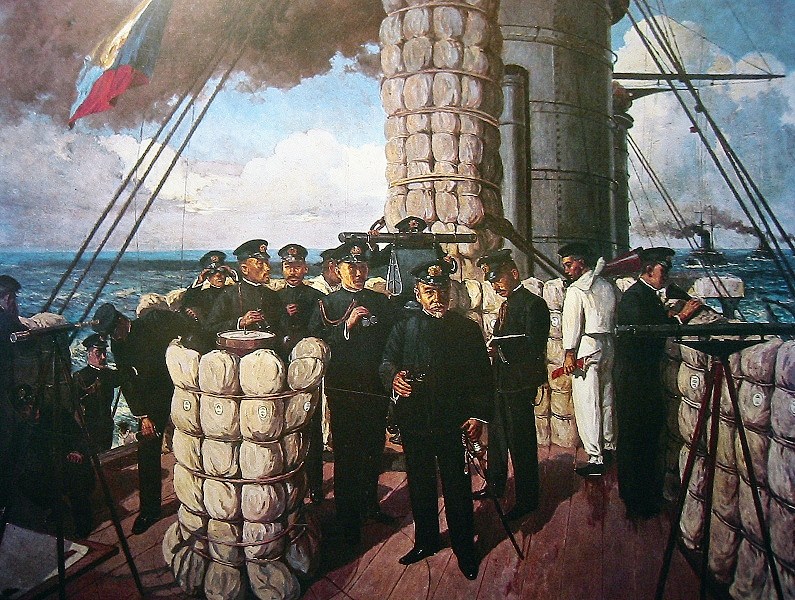 2. Battle of Tsushima (1905). Admiral Heihachiro Togo’s Combined Fleet followed up its August 1904 demolition of Russia’s Port Arthur-based Pacific Squadron by sending the Russian Baltic Fleet to the bottom. After losing the Pacific Squadron, the tsar doubled down on failure. He dispatched the Baltic Fleet on a 20,000-mile voyage from the Baltic, around the Cape of Good Hope, through the Indian Ocean, and into the Far East. Togo’s freshly refitted fleet intercepted the Russians between Japan and Korea—handing Asians their first meaningful victory over a European imperial power in centuries. Tsushima electrified Asia, showing the region’s inhabitants they could resist imperial rule. Vanquishing its chief maritime competitor, furthermore, allowed Imperial Japan to annex Taiwan and Korea. The battle’s legacy haunts the region to this day.

1. Battle of the Yalu (1894). This trial of arms turned Asia’s Sinocentric order upside down. Seaborne European conquerors ushered in China’s century of humiliation in the 1840s, marked by the Opium Wars, a series of “unequal treaties” the imperial powers imposed on the Qing Dynasty, and European occupation of seaports along the China coast. This was bad enough. Upstart Japan had opened to the world only in the 1850s, following centuries of seclusion. Its Meiji Restoration (1868) launched the island nation onto the path to outward Westernization. An Imperial Japanese Navy fleet cobbled together from imported components steamed to the Korean west coast. It defeated China’s Beiyang Fleet, a force widely considered superior in material and seamanship terms. The battle hastened the collapse of China’s dynastic order, among the most fateful events to convulse Asian history in centuries. Such repercussions land the Yalu atop my list.

Massive shocks that shatter outdated ways of transacting business are few and far between.

U.S. commanders should be narrow-minded when plotting a Pacific offensive (in geospatial terms, anyway).

A little known novel by a British naval analyst predicted a U.S.-Japan war, including a Japanese sneak attack on U.S. forces.

The Japanese prime minister’s visit shows that liberals don’t have the monopoly on reconciliation.

By Sheikh Saaliq and Aijaz Hussain

The strife-torn region is seeing the rise of protest music in English-language hip-hop and rap, a new anthem of resistance.

A recent study reveals that there is significant discrimination against Muslim women across industries in entry-level jobs.