It is a quite small shop, but the owner claims to have over 60,000 books, some of them now out of print. With mounds of books touching the roof, neatly arranged on the floor and the entrance, there is hardly any space for the depleting number of customers to move around.

This bookshop in Islamabad, established in 1985 long before the onslaught of Amazon and e-book readers, displays a wide-ranging collection, from literary classics to anything you might expect to find at a proper old-fashioned bookshop.

“I sell knowledge,” Ejaz would tell every inquisitive visitor.

Once, such bookstores were all over Islamabad, adding to its well-kept beauty. Today, the store is one-of-a-kind.

Muhammad Kamran, who had been working with Ejaz since 1997, talked to me about his late boss’ passion for books. “He didn’t just sell books. He was fond of them. He used to check every cover and made sure they are placed in accordance with his aesthetic taste.”

“If a customer asked for a book and it was not available, Ejaz would have left no stone unturned to find it out. Once he found it, you could see on his face the pride of a victorious man,” said Kamran.

Finding books and keeping them safe for his long-time customers made Ejaz happier than anything else.

“It made him the happiest person on the earth if a customer told him he couldn’t find the book anywhere else but his shop.”

To find Sherbaz Mazari’s A Journey to Disillusionment, long out of print, I first went to “South Asia’s biggest bookstore,” Saeed Book, which is close to Ejaz’s shop. I was told the book is no longer available.

I knew where to go next. I told Kamran I needed this book, and within a couple of days, he got me the book from I don’t know where.

“I am just following in his [Ejaz’s] footsteps” said Kamran, smiling. 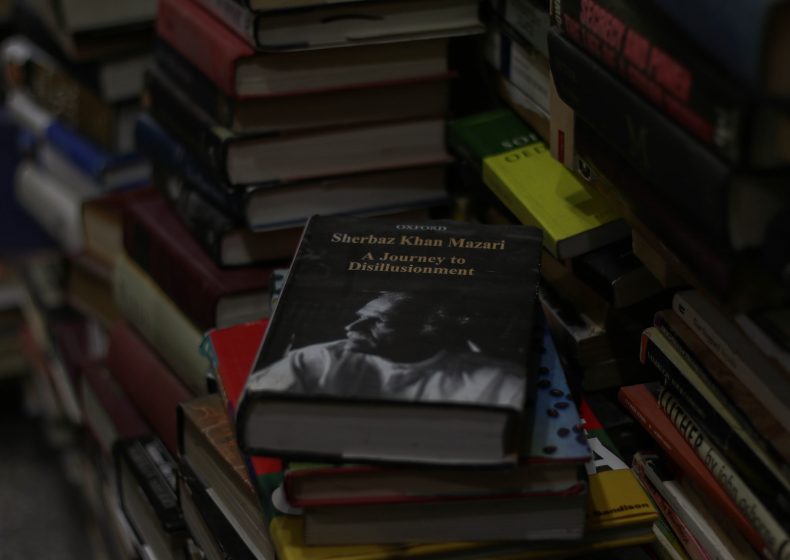 Sherbaz Mazari’s A Journey to Disillusionment. Photo by Mashal Baloch.

Before 9/11, foreign journalists, diplomats, and tourists made up a significant proportion of the store’s clientele. When the United States put boots on the ground in Afghanistan and Pakistan became a frontline state in the war against terrorism, Old Books Collection was affected too.

“Our sales declined after the 9/11 attacks and eventual departure of foreign residents and restrictions put on their movements,” adds Kamran. “Some foreigners are beginning to visit us again, as things are calming down, but it’s still not like the past.”

Islamabad, once known as the city of civil servants, has evolved into a commercial center. As it grows at an incredible rate, it is increasingly losing its past culture. Ejaz’s bookshop is one of the few surviving reminders of Islamabad’s past for the city’s nostalgic old-timers.

In Islamabad alone, some 15 old bookshops have been closed in a decade. “If we talk about major cities of Pakistan, such as Islamabad, Karachi, and Lahore, around 70 ‘old bookshops’ have shut down in a decade,” according to Kamran.

Along with the shrinking space of the market for books, there’s a squeeze in demand, thanks to a lack of reading culture in the country. According to the latest survey by the Gallup and Gillani Foundation Pakistan, 75 percent of Pakistanis do not read any books at all; only 9 percent are “avid readers.”

Septuagenarian Mir Mohammad Ali Talpur, a columnist and activist, spends most of his time reading. He says, “Without reading all that is past and what is happening around you, you cannot comprehend the world and be able to face the dilemma of life intelligently. Books are the only thing that arm you with required knowledge.” 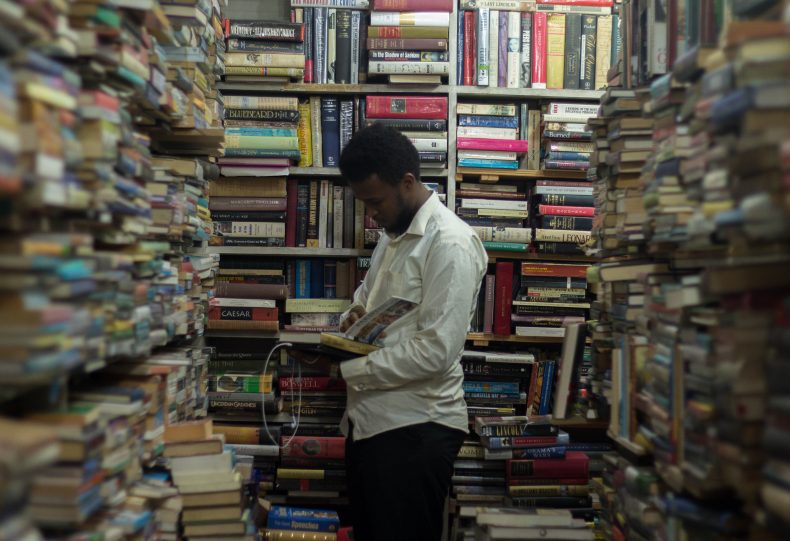 Many of the visitors of the Ejaz’s shop still are foreign residents, students, and writers.

Mahmood Said, a Sudanese foreign student studying economics and finance at the Islamic International University Islamabad, has been a regular visitor at the old bookstore. He reads two books in a month.

Said also has a tablet but he prefers reading hard copies. “I like the smell. I love the way books are kept in this shop.”

“By reading those old books, you get a taste of what was it like back then. You can compare different eras,” he said.

Kamil has grown up in Italy. He says the youth in Europe still read a lot of hard copies.

Malik Ejaz died in December 2016. He would visit his shop almost daily even during his last years. His wife says Ejaz considered the bookstore as his legacy. “It feels that he is with us. He often said if it would be another thing if it was a restaurant. But the bookshop is our identity.”

Filmaker Nadav Lapid’s comment that “The Kashmir Files” is a “vulgar movie” and “propaganda” evoked a sharp response from Israel's ambassador to India.

While the Nepali Congress won the most seats, the CPN-UML surged ahead to win the largest share of votes.