Rohingya Muslim refugees in New Delhi, India, fear dying of hunger due to lack of support from the government and aid agencies during India’s three-week enforced lockdown.  As the coronavirus rapidly spreads around the world, many of India’s poorer communities and refugees are being left to fend for themselves while living in dire conditions.

Ali Johar, 25, an educational coordinator at Rohingya Human Rights Initiative (RHRI), has been doing his best to try to support his local community at the Kulindi Kunj settlement for refugees in Delhi. The settlement currently holds approximately 226 Rohingya refugees, but there are thousands more in neighboring settlements and across the city.

Johar came to Delhi as a Rohingya refugee himself, after fleeing persecution from Myanmar’s crackdown on Muslim minorities in 2012. Now he fears widespread deaths will occur that are not only confined to the virus. 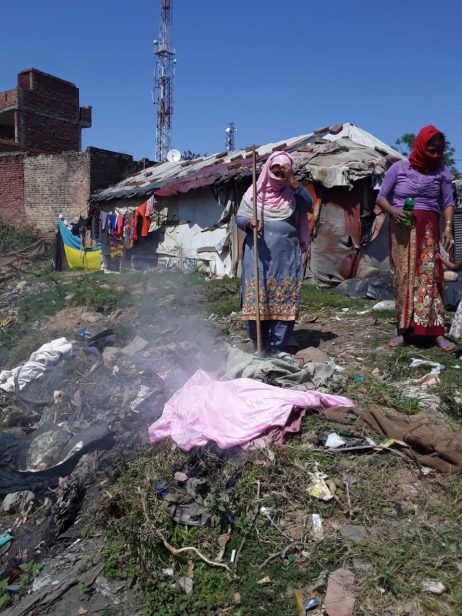 “Our people will die of hunger before they are killed by the coronavirus if we don’t get enough help. This is what all our Rohingya brothers and sisters feel. Last week I visited a neighboring settlement in Delhi and 37 people were found to have symptoms of fever and a cough. As the regular hospitals are closed they are all left at risk without any support. India has been under lockdown since March 25 until April 15, 2020 but we cannot wait until then. Our people are being left to die as nobody seems to care for us. Why won’t anyone speak up? We have families too who are in need of help. Who do we turn to for support? ” said Johar.

RHRI, a small charitable organization, has tried their best to garner funds for basic food and distribution of soap for sanitization purposes but Johar told The Diplomat, “Despite our efforts we could not even help 2 percent of our people. We are still desperately trying to raise awareness of the critical situation that we are in and are in dire need of support. The many families in the camp are relying on us to do something as we are getting no help from the government.” 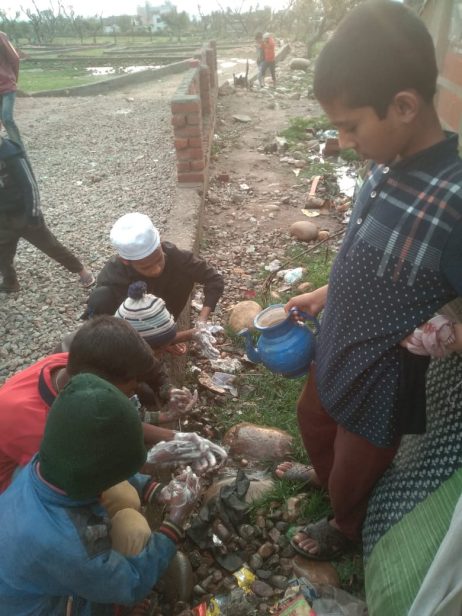 The United Nations High Commissioner for Refugees (UNHCR) estimates that there are currently 17,500 Rohingyas registered as refugees in India. However, the real figure could be higher, with Indian media putting the figure at about 40,000.

The Rohingya Human Rights Initiative gave The Diplomat exclusive access to a document showing the details of Rohingya refugees in the Madanpur Kadar area of the settlement who are displaying symptoms of coronavirus. Nothing has been done to help them. The document outlines the need for social distancing, which is currently impossible given the close proximity of tents. It states how the community has requested hand sanitizer, soap, and masks but such goods have not been distributed to all the families yet.

More alarmingly, the document also reveals the Indian government’s lack of arrangements for clean drinking water for Rohingya refugees, stating that water has not been coming to the settlement since December 2019. Due to the lockdown in the area, Rohingya refugees are compelled to drink water from a bore well, heightening fears of them getting sick from disease and the virus.

Mohamed Ilyas, 30, from the Kajuri Khaas refugee settlement in Delhi told The Diplomat that “Indian people are being helped by the government but we feel the UNHCR is doing nothing for the refugees, although they have a responsibility to help us. The Indian government should be looking into us but they are not.” 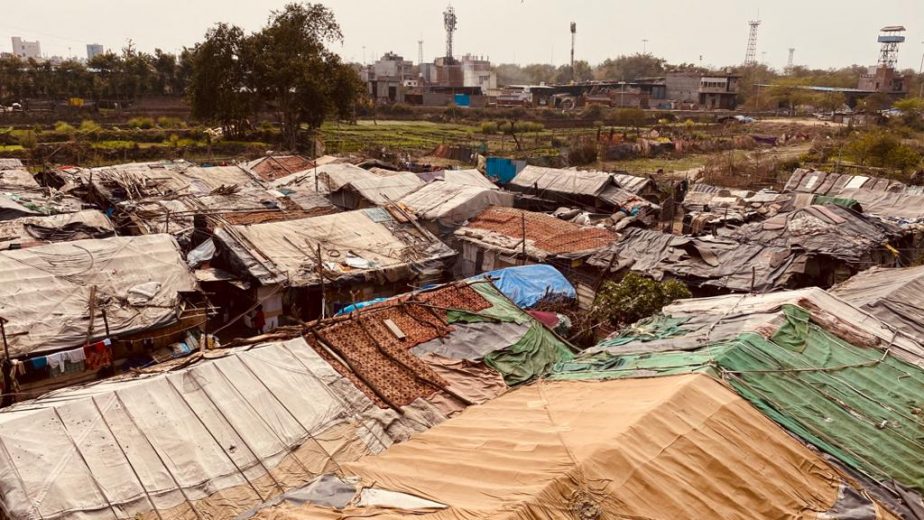 India’s Hindu nationalist government views Muslim-majority Rohingyas as “illegal immigrants” and frames them as being a security threat. The government has also pledged to deport them back to Myanmar, where they face persecution. Despite the fact that India’s Prime Minister Narendra Modi released a statement of regret asking for forgiveness from the poorer communities in India, little has been done to support them.

Father of three Rashid Khan, 36, told The Diplomat, “Nobody seems to feel our pain and suffering so we need to think of ourselves. In this situation we are all vulnerable to the virus. I request the world to help us, we need food items for our community or we could die. Please tell the world to stand up our rights.”

Video footage sent to The Diplomat shows the living conditions in the camps and a message from a Rohingya refugee, Abul Foyaz, who said, “Peace be upon you, because of the coronavirus lockdown we cannot go out for our daily laboring work. Now we are afraid we have to die of hunger before the virus kills us. We appeal to the international community and leaders to help us in this critical situation.”

Sabber Irfan, 25, of the Rohingya Human Rights Initiative told The Diplomat, “I think at this time we need to focus on praying to God — this is the only thing we have. I request all my brothers and sisters around the world to think of us. I don’t even have food to cook or any gas. I don’t know how many people are suffering in the camps but already they are showing symptoms.

“I know people are troubled by the lockdown but think about it: you have the safety of a home and we don’t. We are living in an open space in tents without our basic rights. It is something the world needs to reflect on.”

Tasnim Nazeer is an award-winning journalist and author who has written for a variety of print and online publications including The Guardian, Al Jazeera English, CNN, HuffPost UK and many more.

The nationwide lockdown has aggravated the plight of domestic workers in India, and highlighted their lack of adequate rights.

How a South Indian State Flattened Its Coronavirus Curve