Today is a continuation of my recent interview with Ida Lichter, Australian author of Muslim Women Reformers: Inspiring Voices Against Oppression, a ground-breaking book about female (and male) Muslim reformers from around the world who are prepared to challenge institutionalized persecution against women.

We know that women need to be given higher social status in struggling nations in order to build liveable societies for all citizens. But do you find it frustrating to deal with those who can’t or refuse to try to accept this?

Ida Lichter: I do find it frustrating, but I try to understand the mindset of others in an alien culture, something I find natural from my training and work as a psychiatrist. However, I can’t excuse those who want to subjugate women in the name of religion, the tribe the umma or whatever.

I also have difficulty accepting the view that culture should not and cannot be changed. As Afghan reformer, Sima Samar asserts, ‘We must respect the traditions and culture and religion…. But we do not have to respect traditions that oppress women and violate human rights.’

In regard to Western feminists, they’ve allied themselves with radical Muslims (who stone women, hang homosexuals and deny free speech) at the expense of Muslim women’s human rights. I find this sad and troubling.

So where does your hope then lie?

IL: Muslim women reformers are very determined because they have everything to gain if they succeed and everything to lose if the extremists take over.

More women in Muslim societies are becoming educated, forming NGOs, working as journalists with access to world media and developing a more sophisticated understanding of politics….more men in their societies are supporting women’s rights.

Also, individual women and their NGOs are developing the scholarship to reinterpret the holy texts in favour of gender equality. Some are demanding changes to discriminatory Sharia-based laws whilst others campaign for political and educational reforms. 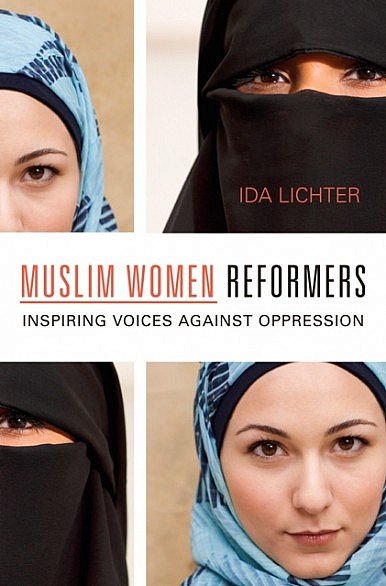 IL: There are many examples of their achievements. In Iran, the women’s movement is focused on changing discriminatory Sharia law, whilst avoiding religious debate or political upheaval. There has been rapid growth of various women’s groups at universities and colleges, and despite ideological differences, new national networks of feminists based on common objectives. Women are mastering the Internet to build communication within and outside the country.

In Kuwait and Afghanistan, much progress has been made in women’s political participation. Saudi Arabian King Abdullah appointed the first woman minister as deputy minister for girls’ education and removed the hardliner chief of the mutaween (religious police). These reforms came after years of campaigning by Wajeha Al-Huwaider and other women activists.

Muslim women reformers are living in a historic period, defining themselves outside the dominant male paradigm and hoping to unlock the potential of half their populations.

Do you plan to write more books in the future?

IL: I would like to update my book, using new information about the reformers and their achievements. Other goals include more research about women reformers in South East Asia, and the psychological impacts of Sharia law and cultural practice on women. I am also working on various other projects.

More information on Muslim Women Reformers: Inspiring Voices Against Oppression can be found at: http://www.footprint.com.au/

Photojournalist Michael Connolly shares his experiences and impressions of the country.

Staying in the Ring

Photographer finds amongst other surprises and new insights in Iran: Spiderman.