Rather than rank Asian navies by tiresome (if essential) bean-counting measures, why not rank them by the standard that truly matters, namely their capacity to execute the missions national leaders entrust to them—and thence to fulfill operational and strategic aims? The seafaring nation that best matches purposes with power, political aspirations with strategy and forces, stands the best chance of achieving its goals. Also crucial is the threat environment, the true arbiter of how much naval power is enough. What better way to assign the title of Asia’s top navy? Herewith, my list of the Top 5 Indo-Pacific navies: 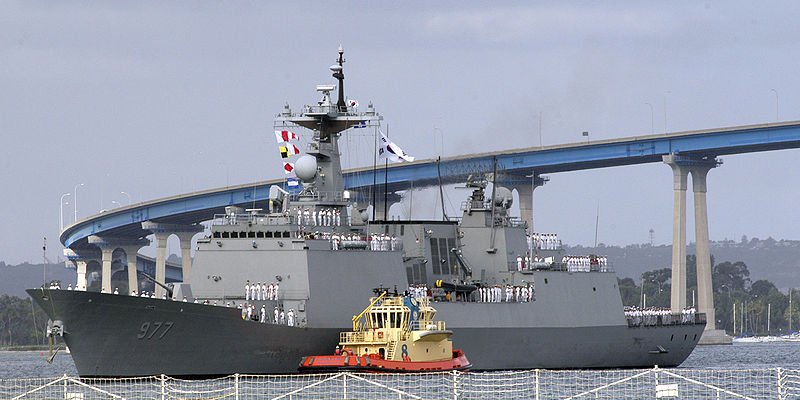 1. South Korean Navy.The American, Chinese, and Japanese fleets garner most of the attention, but Seoul has quietly assembled a navy that fits with South Korea’s modest goals, such as countering North Korean depredations in offshore waters and intercepting missiles Pyongyang may loft the South’s way. The navy boasts a contingent of Aegis destroyers, along with helicopter carriers and other state-of-the-art warships. This panoply of hardware allows the ROK Navy to take part in seaborne ventures alongside the U.S. Navy and other advanced forces. For my money the ROK Navy stands an excellent chance of executing the missions assigned to it. 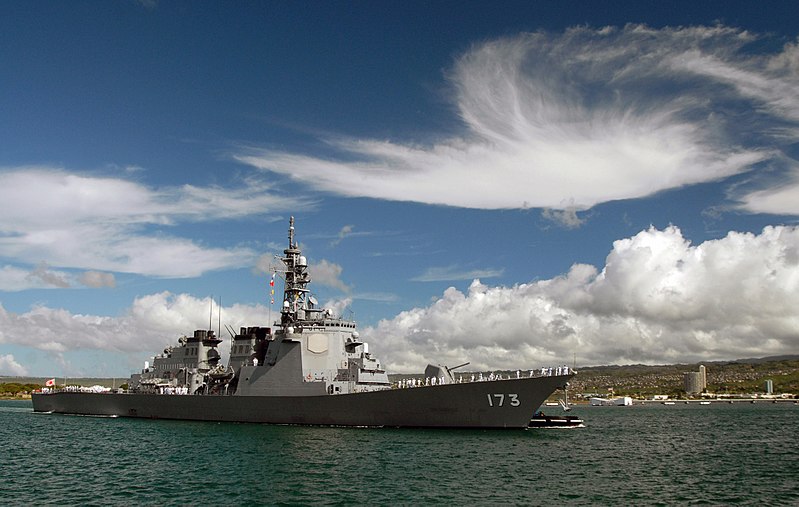 2. Japan Maritime Self-Defense Force (JMSDF). Like the ROK Navy, the JMSDF is modest in size yet well-equipped, sporting Aegis destroyers, light aircraft carriers, and an elite diesel submarine force. It also enjoys the advantage of operating as a combined force with the U.S. Navy. The security alliance not only supplements Japan’s national defense but also sharpens up seamanship and tactics within the officer and enlisted corps. In fact, I might rate the JMSDF Asia’s top sea service but for Tokyo’s informal cap on defense spending at 1 percent of GDP. This limits the navy’s size and ambitions at a time when the geopolitical situation is swiftly deteriorating. Tripling the 1 percent figure would approximate a reasonable standard for a nation at peace. Whether Japan’s newly installed LDP government can shatter that ceiling remains to be seen. 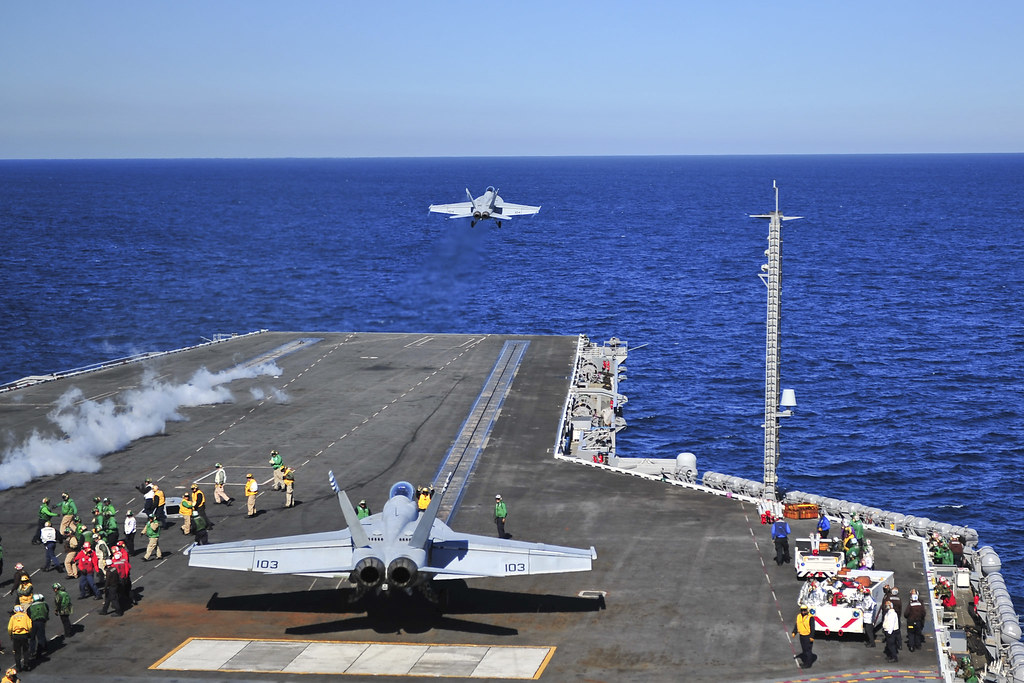 3. U.S. Navy. The U.S. Navy doubtless remains the world’s foremost, ship for ship and plane for plane, but it has scattered assets around the globe despite talk of a pivot to Asia. That attenuates its standing in the Indo-Pacific. Rather than pivot to Asia, the navy plans to dribble a few more assets into the region over several years. Whether Washington will step up the pace—concentrating forces in the Indo-Pacific to match its Asia-centric strategy with steel—is one open question. How many assets will be in the inventory is another. Admiral J. C. Wylie points out that Congress makes strategic decisions through the budgetary process, whether lawmakers realize it or not. Quite so. Sea power is a political choice, not a birthright. Observers in the region understand that, whether your average congressman does or not. Tracking trends in the fleet’s size and disposition will say much about the direction of U.S. maritime strategy.

4. Indian Navy. New Delhi’s naval project continues to make fitful progress. Engineering problems with the Vikramaditya, nee Admiral Gorshkov, dominated headlines last year. Such deficiencies are correctable. More worrisome is the slow rate of “indigenization,” meaning the domestic defense industry’s capacity to design and manufacture high-tech military gear. Unable to supply its own needs, the Indian military continues to procure armaments from a variety of foreign suppliers, creating interoperability, logistical, and maintenance challenges for itself within the force. On the other hand, New Delhi has exhibited remarkable foreign-policy restraint, confining its ambitions to the realm of the achievable. So long as political leaders refrain from writing checks the Indian Navy can’t cash, the nation can tolerate quite a few fits and starts in its naval buildup. 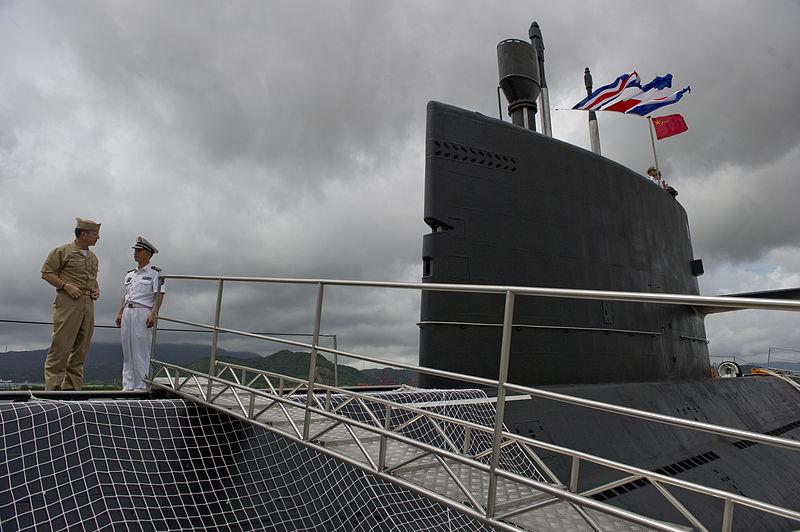 5. People’s Liberation Army Navy. China-watchers, including yours truly, have made much of the PLA Navy’s rapid maturation into a top-tier force. Material progress has made Beijing a worthy strategic competitor in short order. But the quality of Chinese vessels and aircraft remains opaque to outside observers, in large part because the fleet doesn’t ply the sea constantly in the manner of a U.S. Navy or JMSDF. China’s navy operates its equipment under real-world conditions too seldom to let outsiders render confident judgment. Whether Chinese mariners are becoming proficient is another unsettled question. A safe guess is that they lag behind the other fleets on this list in the all-important human dimension, simply because seafarers hone their skills by going to sea—a lot.

But the core problem besetting Beijing is one of its own making. Its foreign-policy ambitions have outrun the size and capability of the fleet. If the leadership means to uphold the interests it has carved out all along the Asian periphery, ranging from Japan to the north to the Strait of Malacca to the south, the PLA Navy still has a long way to go. Armed forces that disperse assets everywhere find themselves weak everywhere. Chinese leaders could learn from Indian self-restraint in this respect. Will they? Don’t hold your breath.

Aegis, Missile Defense and the US Pivot

The U.S. Navy’s Aegis Weapon System is the lynchpin for regional missile defense in Asia.

While PLAN officers might not quote Mao anymore, their strategy bears his mark.

A Clash of Civilizations on the High Seas