How could Imperial Japan have defeated the United States during the Second World War?

I'm not much of one for alt-history; it's too much like writing fiction, a genre for which I have no gift. Prophesying about what would have happened had one of the antagonists done this or that quickly degenerates into a guessing game. Still, it is possible to identify some things Tokyo could have done to improve its chances of prevailing over an industrial giant that only needed time and resolve to build up overwhelming military power. Bottom line, the weaker side has to fight smart to win against the strong.

Herewith, my list of five ways Imperial Japan could have offset the resource disparity:

Don't fight land and sea wars simultaneously. Unable to referee between the army, which espoused war in continental Asia, and the navy, which beckoned his attention seaward, the emperor permitted both campaigns to proceed. Tokyo thus disregarded the strategic wisdom of a Carl von Clausewitz, who warned against opening new theaters that place success in the primary theater at risk. The emperor failed to adjudicate between the military services — and thus compelled the empire to fight a far stronger power with only a fraction of its strength. Dispersing power is misbegotten strategy for the weaker belligerent. 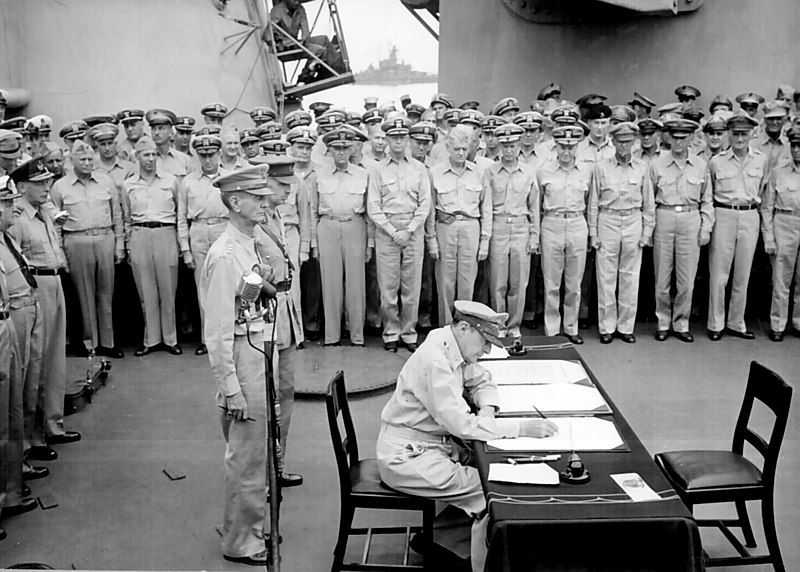 Don't awaken sleeping giants. Admiral Isoroku Yamamoto famously warned that he could run wild against American forces for six months or a year, but that he feared for Japan's future if Washington refused a compromise peace after that. How could Tokyo have accomplished its goals in the Pacific — roughly speaking, a partition of that expanse between Japan and America — without striking preemptively at the U.S. Pacific Fleet at Hawaii? Well, it could have chosen its targets to achieve its goals without rousing American fury. Evicting U.S. forces from the Philippines, for instance, would have helped Japan firm up its control of the Western Pacific — and it's hard to imagine the United States waging a war to the death afterward. Americans simply didn't attach the same importance to the Philippine as to the Hawaiian Islands. Operational logic sometimes begets colossal strategic and political mistakes.

Realize protraction sometimes favors the strong. We tend to assume that stringing out a conflict favors the weak, especially when the weak face extraregional opponents. The idea — a sound one — is that the home team usually attaches more importance to events on its home turf than any outsider would. If the defender can prolong the conflict while exacting steep costs and sapping enemy morale, it can hope to wear out that enemy despite the mismatch in resources. But that only works if the outside power declines to summon up the forces to mount a massive effort across long distances. That assumption fell flat during the Pacific War, when the United States prosecuted an active defense until ready to go on the offensive.

Recognize quality has a quantity all its own — to a point. The Imperial Japanese Navy was obsessed with force ratios, but it also had a bad habit of assuming away numerical inferiority. Skill and elan, that is, trumped U.S. material preponderance in many commanders' minds. And indeed, the human factor is the most important arbiter of combat results. But a quasi-mystical faith in one's martial excellence makes a poor basis for tactics and operations. A respectful attitude toward prospective foes is a far safer outlook for those contemplating the hazards and hardships of war at sea. Japanese commanders were prone to using fudge factors in military calculations — always bad practice.

Don't get cute with fleet dispositions. Japanese commanders displayed a proclivity for overly intricate tactics and operational methods. For example, the navy undertook a massive sideshow in the Aleutians to provide cover for operations against Midway Island, far to the south. Why? And speaking of the Battle of Midway, fleet commanders dispersed carrier and battleship detachments too far from one another to render mutual support. Being deceptive carried a frightful cost. Flouting basic principles like concentration of firepower and effort is asking for trouble — and Japanese mariners asked for it repeatedly. To win, think and act strategically — or forego the effort altogether.

Strategy 101: Know Thy Enemy, Know Thy Self

Isoroku Yamamoto and Admiral Chester Nimitz's strategies were reciprocals of each other.

Never Say Never: What if Egypt Did Close the Suez Canal?

The economic and military effects of the Suez’s closure would reverberate throughout Asia and the West.

The Real Story of the Destruction of Force Z

Even more than Pearl Harbor, the sinking of the two British battleships served to convince political and naval authorities of the pre-eminence of airpower in the Pacific.

Just how central was the battleship to naval operations during the Second World War?