It has been almost ten days since Kunduz , a strategically located northern city in Afghanistan, fell to the Taliban. Despite repeated efforts, Afghan National Security Forces (ANSF) have not yet been able to completely recapture the city.

Shershah Nawabi, a Kabul-based Afghan journalist, is embedded with the Afghan special forces in Kunduz. To get a sense of the situation on the ground, The Diplomat’s Sanjay Kumar spoke to Nawabi to get a take on the latest news from the front.

Q: Where are you now and what’s happening at the ground?

A: Right now, I am with the  Afghan Special Forces in the centre of Kunduz. You can still hear sporadic gunfire throughout the city. Some Talibs are still holed up inside the residential areas. They are keeping the Afghan troops busy. No doubt these insurgents want to keep people on edge. But from what I see in large parts of the city, the local population is gradually going back to their daily lives. However, some are leaving the city and are heading to neighboring provinces for safety. 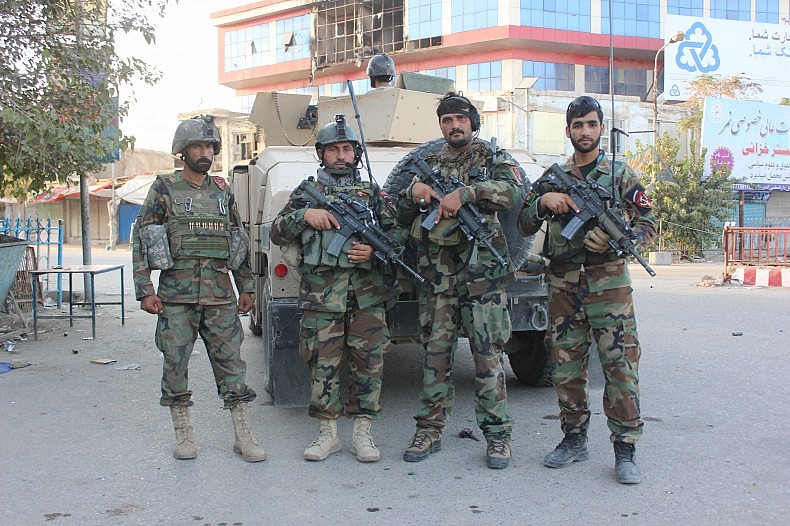 Q: How is the situation?

A: Right now we have two kinds of troops fighting on the ground right now. There are a small number of commandos as well as Special Forces currently fighting the Taliban inside the city. There are also a large number of Afghan National Army (ANA) and police forces waiting outside the city. They are providing an outer security perimeter. The Special Forces are gradually clearing the city in order to avoid civilian casualties.

Q: Is there still fighting going on in the city itself?

A: You can’t say it’s a real battle. There is still some sporadic resistance from the Taliban. Their idea is to keep the troops engaged and to be a nuisance to the Afghan government. Today, the commandos killed six Talib fighters in the city. According to reports, a group of insurgents tried to capture the city square today but the government forces were able to defeat them.

Q: How secure is the civilian population feeling now?

A: People are feeling a sense of relief after the recapture of most of the city by the security forces. They are more worried now about the scarcity of food and medicine in the city. To avoid these difficulties many are migrating to neighboring provinces like Takhar and Mazar-e-Sharif. But those who are poor have to stay in the city and fend for themselves until the government can bring in aid.

Q: There are reports that there is an exodus of people from the area?

A: Yes. People are scared of the Taliban. They have seen thousands of Taliban attacking the city. It has affected them psychologically. The government is trying to win back the trust of the people but it will take time.

A: Yes. In my opinion, there is no doubt about it. People have seen a small number of commando forces successfully taking on well-equipped Taliban. They have seen the capability of the troops to decapitate the insurgents. It will take time for people to fully trust the government but I am sure that if the troops manage to capture the city from the Taliban soon, it would be a great morale boost for both the army and the people. 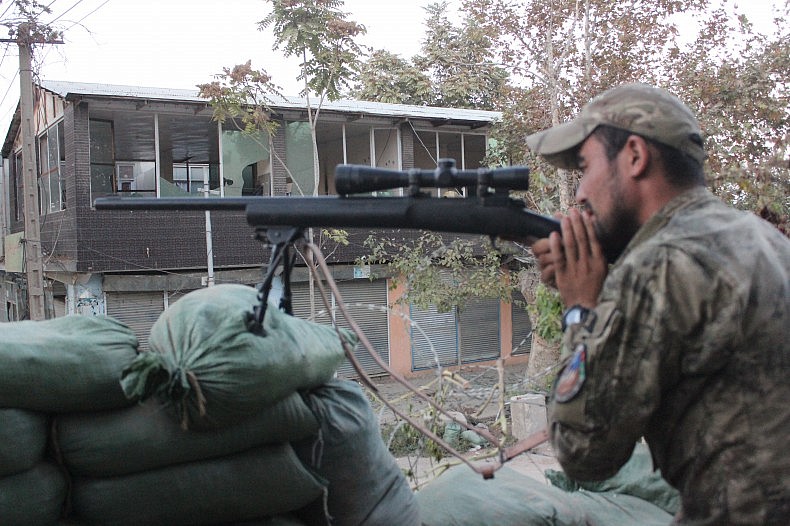 Q: How did the locals respond to the Taliban after being free of them for 14 years?

A: I spoke to a lot of people: Most agree that the Taliban behaved extremely cruelly. They say that the insurgents looted them, harassed them and worst of all they treated the women badly. There are reports of some women being raped and some, who were activists, have also been killed.

Q: How is morale in the city?

A: There is no doubt that the people are traumatized by the whole experience, but they have also demonstrated resilience. Despite the danger of the Taliban the people are willing to resume their normal lives.

Q: How long will the Afghan forces take to clear Kunduz of the Taliban?

A: From what I understand, the Afghan forces are planning a major operation in the province very soon. The problem is that some Taliban are holed up in the city and have mixed with the local families. The commandos do not want to fire indiscriminately and they are conducting house-to-house searches to hunt down the Taliban. They want to avoid large scale civilian casualties. I think it will take at least couple of weeks to normalize the situation in Kunduz.

This interview has been edited for clarity and operational security.

Here's the Most Disturbing Thing About the Taliban Takeover of Kunduz

The Taliban is gaining currency outside of its traditional Pashtun base. This is troubling.

With Kunduz Under Siege, Afghanistan Is Again at a Crossroads

The fall of the important northern city of Kunduz spells trouble for Ashraf Ghani’s government.

Afghan Provincial Capitals On the Brink as Taliban Make Advances

In the span of three days, at least four provincial capitals in Afghanistan fell to the Taliban, with the strategically significant city of Kunduz on the brink.

The high toll raises questions about the sustainability of government forces in Afghanistan.

By Ebrahim Noroozi and Rahim Faiez

In Afghanistan, those who were barely scraping by have lost everything to the recent earthquake.

Constitutional Changes Ahead for Uzbekistan

Mirziyoyev looks set to follow in his predecessor's footsteps, tinkering with the constitution to stay in power indefinitely.

Can Jacinda Ardern Save New Zealand’s Free Trade Deal With the EU?

While New Zealand is increasingly backing the West, the West is not fully backing New Zealand where it counts most: providing trade alternatives to China.