One of India’s favorite pastimes is having acrimonious debates about its history. These debates are often reductionist, failing to appreciate the complexity and nuance of past events and the different sociopolitical milieus of pre-modern India. Too often, commentators read their own biases into Indian history, either to overemphasize the sectarian and religious aspects of interstate warfare or to anachronistically find a progressive vision of tolerance in some medieval ruler or the other’s kingdom.

For the past few weeks, India’s latest historical debate has focused around the legacy of the Maratha Empire (1674-1818), triggered by a new Bollywood film, Bajirao Mastani. The Maratha Empire was founded by the Maratha warrior-hero Chhatrapati (Emperor) Shivaji, in response to the chaos and misrule that prevailed in the Deccans in the late 17th century. This occurred as the Mughal Empire expanded into southern India. Hindu nationalists revere the Maratha Empire, which originated among a Hindu warrior people of the western Deccan peninsula. Their reverence stems from the fact that it was this state that reversed centuries of steadily increasing Muslim political control over the subcontinent. By the mid 18th-century, it was the largest state in South Asia and the Mughal emperors in Delhi were its puppets. Bajirao Mastani follows the life and career of Bajirao Ballal Balaji Bhat, the Peshwa, or prime minister, of the Maratha Empire from 1720 to 1740. While Bajirao was an extremely successful general who won 40 battles, he faced social difficulties on the home front due to his second marriage to a Muslim woman named Mastani. 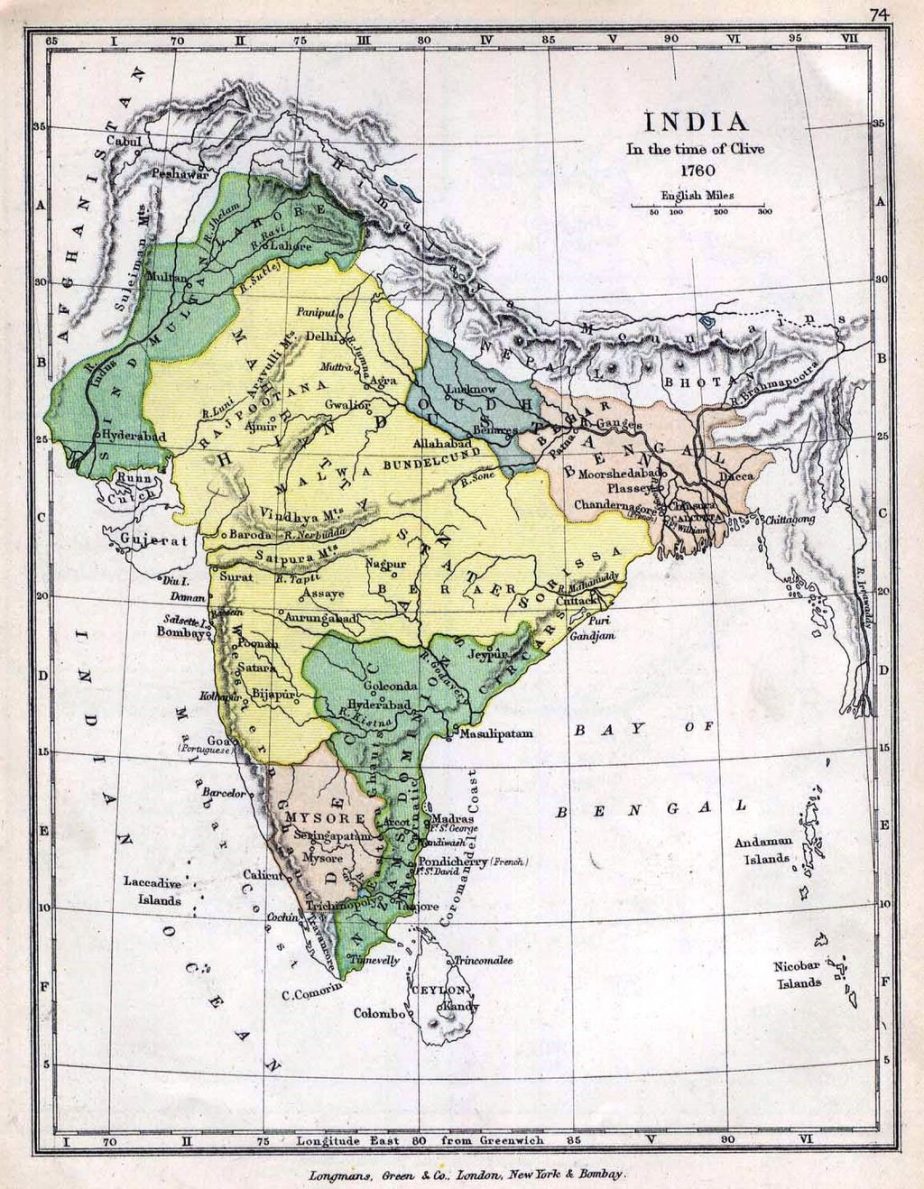 The film itself is very well-made, with outstanding visuals and is well worth a watch for anyone interested in Indian history and early modern warfare techniques in the subcontinent. One can observe, for example, that firearms were relatively rare, despite being present in the subcontinent ever since the 15th century. Gunpowder was chiefly used for artillery, which was widely used. The Maratha navy was also successful in fending off European navies with cannons for half a century. But, at this point in Indian history, the cavalry clearly had the upper hand, more so than poorly armed and trained infantry and elephant units, which had limited utility in battle despite always being sought out. The Maratha cavalry contributed to the success of the empire by raiding swiftly and deeply into Mughal territory and leaving with their booty before the Mughal army could catch them. Their dependence on horses and the lack of firearms in the infantry, however, proved to be a difficulty when facing European armies armed with muskets.

This raiding tendency of the Marathas is what sparked a debate about the Maratha Empire in the wake of the film’s release. Detractors of the Maratha Empire allege that the Marathas only wanted a kingdom for themselves, and thus their kingdom was “never Hindu,” which ignores the fact that the dominant religion of the ruling class of any Indian state at this time was a major part of that state’s character, regardless of how the religion was interpreted or applied in a political sense.

Further criticisms of the Maratha Empire allege that they were the “Mongols” of South Asia, who only campaigned for chauth, a fourth of the revenue of other kingdoms, whether Hindu or Muslim. Maratha raids against Bengal in 1742 and Jaipur in 1750 are especially criticized because these led to the deaths of many Hindus. But all this misses the point. Of course, like any other kingdom in the 18th century, the Maratha Empire meant to preserve itself, even if it meant fighting Hindus and allying with Muslims. The patchwork of states to emerge from the declining Mughal Empire at the time was so complex that it was inevitable that alliances of convenience between states of different religious denominations were the norm. There is no doubt that the Marathas, like all Hindu states, were influenced by Islamic practices, art, architecture, and warfare, and that later, Hindu nationalist historians exaggerated their Hindu credentials.

Yet there is no doubt that the imposition of the jizya tax on Hindus and the demolition of several important Hindu temples during the reign of the Mughal Emperor Aurangzeb (who reigned from 1659-1707) would not have occurred under Maratha rule, thus incentivizing many Hindus to defect from the Mughal Empire during or after Aurangzeb’s reign. Unquestionably, the Marathas were consciously Hindu and interested in establishing Hindu political power in the subcontinent. Though, like the Christian states of Iberia during the reconquista, they were also interested in fighting and allying with whomever suited their needs at the time.

The Maratha commitment to establishing a traditional Hindu state in the subcontinent is evidenced by the enormous effort they took to coronate Shivaji and officially found the Maratha Empire in 1674. This came at a time when grand Hindu imperial coronations were rare, due to most rajas being the rulers of smaller states or under Mughal control. During the coronation, Shivaji housed and fed 50,000 guests including Brahmins (Hindu priests) from all over India, had himself weighed against seven metals and various valuable spices, all before bathing in water brought over from the Ganges river, sacred to Hindus. Finally, he was declared lord of the umbrella (Chhatrapati, his title), a traditional symbol of kingship for great Hindu and Buddhist rulers, in imitation of the gods Varuna and Vishnu, signifying that the world was encompassed under the great king’s umbrella. Thus, by intent and symbolism, it is clear that the Marathas were clearly establishing an empire steeped in Hindu culture and symbolism, if not formally so in a political manner.

Trolls and a Controversial King: Indian History and Modern Scholarship

An interview with Audrey Truschke.

Seeking Status: Will India Learn the Lessons of Bismarck's Germany?

What kind of power will India become?

India and the Gulf States Share a Long History

Diamonds Are Forever: India and the UK Revisit the Koh-i-Noor Diamond

India has acknowledged that there may not be a good legal case for the return of the diamond.

Modi Government Raises Spending on Job Creation Ahead of Election

While the budget provides respite to the middle class through tax relief measures, the 30 percent cut in spending on rural jobs programs will hurt the poor in India’s villages.