In an obscure part of southwest China, the small town of Mojiang has found a way to supplement its largely poor agricultural economy by capitalizing on a twist of fate. For reasons shrouded in local myth, the town in Yunnan province has an identical twin birthrate 25 percent higher than the world average. Parlaying this curious fact into tourist revenue has been a decade-long process.

This year, the twelfth annual Mojiang International Twins Festival was held May 1-2, attracting record crowds to what is billed as the largest event of its kind in Asia. The allure of the festival is three-fold, as municipal officials have incorporated two of the town’s other prominent features to augment tourist interest generated by the twin phenomenon. The first of these is that Mojiang quite literally straddles the Tropic of Cancer, demarcating a zone in Yunnan where rainforest merges with more dry and temperate plateau woodlands.

The second, and by far more interesting feature, is that Mojiang and its surrounding countryside are largely populated by people of the Hani minority. They are best known as the world’s first tea cultivators, as well as for building rice terraces 1,300 years ago that cover entire mountains. Hani traditions and culture play a major role in making the two-day celebration in Mojiang a uniquely regional one.

Local legend explains that a pair of ancient wells in the countryside outside of Mojiang hold the secret to the area’s profusion of identical siblings. It is believed drinking water from either source greatly increases the chance for prospective parents to conceive twins. 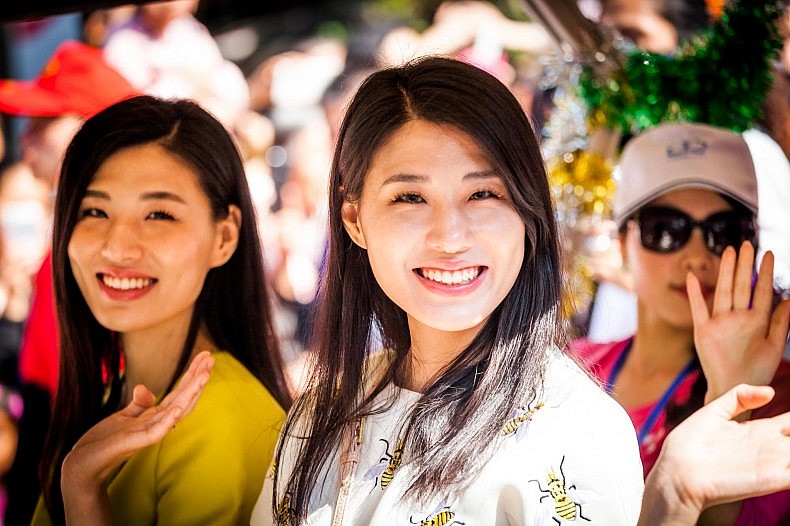 The importance of twins in China is much more than simple curiosity. For three decades, the county’s one-child policy meant having a sibling for the vast majority of children was simply out of the question. The one legal loophole was to give birth to twins. A family with more than one child was almost immediately elevated in social status, with special attention given to parents fortunate enough to have identical twins. China relaxed the one-child policy significantly in 2015, but that has done little to lessen the mystique.

Tiny Mojiang has found a way to reap the benefits. At the beginning of May, during China’s three-day Labor Day holiday, the town quadruples in size. Steady streams of crowds filled the streets, bringing traffic to a standstill and generally enlivening what is normally a sleepy hamlet. “This year, we estimate attendance at around 190,000 people between April 30 and May 2,” says Liu Tianyu, one of the festival’s primary organizers.

The tourists are there, first and foremost, to see twins. Liu and other festival managers booked more than 1,000 sets of twins, most of them from China. However, there are also twins from Armenia, Nigeria, Russia, Scotland, and the United States, among a host of other countries. Their presence was magnetic. Selfie sticks jutted above the multitudes like spears as people jostled for their chance at a photograph. Mobs of reporters were no less rapacious amidst the crush.

In an effort to mitigate some of the more aggressive attention, Mojiang hosts multiple events each day. Live music performances were held outdoors in Mojiang’s sprawling Sunshine Square, and a huge parade shut down the entire town on the final day of the festival. Between large-scale events, people climbed up a small mountain to visit the shade of Tropic of Cancer Park, home to an observatory and a statue of twins that looks far more Mayan than Chinese. However, the more popular activities featured Hani traditions, including a communal banquet called the Long Table Feast, which this year fed and inebriated more than 6,000 revelers simultaneously. 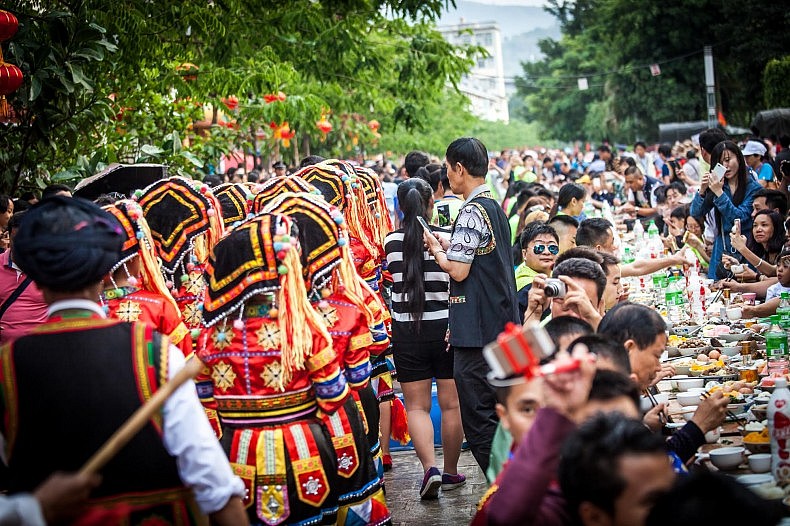 But the showstopper in Mojiang was undoubtedly the nightly televised twins talent competition. Both evenings of the festival ended at a local football pitch dwarfed by an enormous stage. The field itself was covered with more than ten thousand plastic stools reserved for ticketholders. A standing-only overflow crowd of several thousand others watched on LED screens.

In one of the show’s major highlights, two acrobatic twins from Henan displayed a dizzying array of Herculean feats. They finished with a flourish, which included one of the twins hopping down a flight of stairs on his palm while doing a one-handed handstand. The audience watched with rapt attention and the twins were awarded first prize for their efforts. 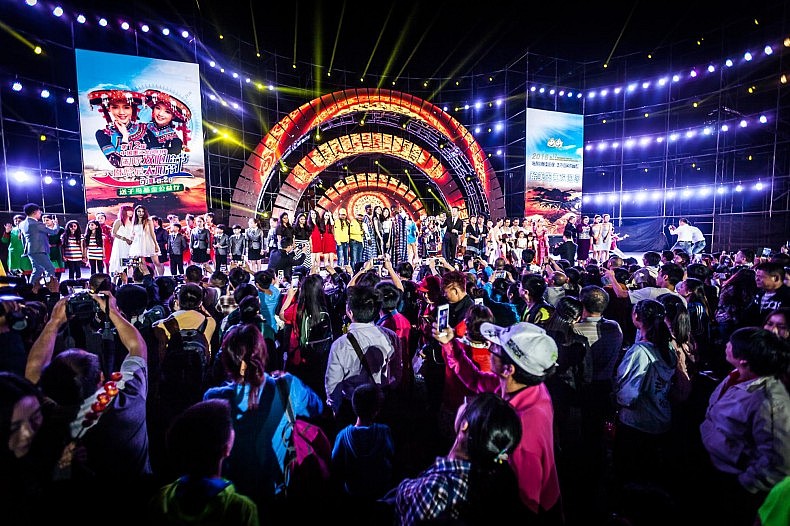 As the Mojiang International Twins Festival came to a close and the town settled back into its regular routine, it was time to count the receipts. Taxi drivers, hotel managers and restaurant owners alike say the weekend was a boon for business born of increased prices and a swollen market. “I make about 50 RMB [US$7.70] a day during the year, but when the festival is on I make eight times that,” says a taxi driver surnamed Ma.

Organizer Liu explains this is exactly the result he and his fellow planners hoped for each year – a type of trickle-down effect that benefits the entire community. While the twins and massive crowds come and go for just a few short days, the town typically rakes in unprecedented benefits. “This year we think total tourist revenue for Mojiang will surpass 30 million RMB [US$4.63 million], our best ever event,” he says.

Patrick Scally is a freelance journalists living in China, with articles published by Asia Times, The Third Pole, and China Dialogue, among others. He is also the editor-in-chief of GoKunming.com.

By Chen Zhixin and Tim Winter

The BRI has led to a dramatic uptick in Silk Road heritage projects in China.

Hainan, in the South China Sea, is a resort center with international ambitions.

By Ken Moritsugu and Emily Wang

With lockdowns in multiple cities, including Shanghai, travel during the five-day holiday is expected to be down 60 percent.

US Officials Facilitate Return of Looted Antiquities to Cambodia

These are the latest artifacts to be recovered as a result of the ongoing U.S. investigations into the activities of the late British antiquities trader Douglas Latchford.

The Myanmar Military’s Roadmap to Survival

More than 18 months out from the country's next presidential election, the jostling and maneuvering is kicking into high gear.