The Indian government is introducing legislation that would ban all maps or satellite images of the country unless they are first approved by the government. The bill would ban “all types of geospatial information, maps, raw data or photographs, acquired by any means, including satellite photography,” and not approved by the government; offenders could pay a fee as exorbitant as one billion rupees ($15 million). India is not the first Asian country to propose such legislation; at the start of the year, China enacted a Map Administration Ordinance that banned the production and sale of maps not in accord with China’s claimed boundaries. And in Pakistan, maps show all of Kashmir as part of its territory.

The primary purpose of this legislation in India is to prevent maps of the country that do not show all of the territories that India disputes with Pakistan and China as being part of India from circulating. These territories include most of the northeastern Indian state of Arunachal Pradesh, claimed by China as South Tibet, and the parts of Jammu and Kashmir under Pakistani and Chinese administration (Aksai Chin in northeast Kashmir is administered by the Chinese as part of Xinjiang, while the Pakistani area is divided into the territories of Azad Kashmir and Gilgit-Baltistan).

In other words, the government wants all maps of India to look like this: 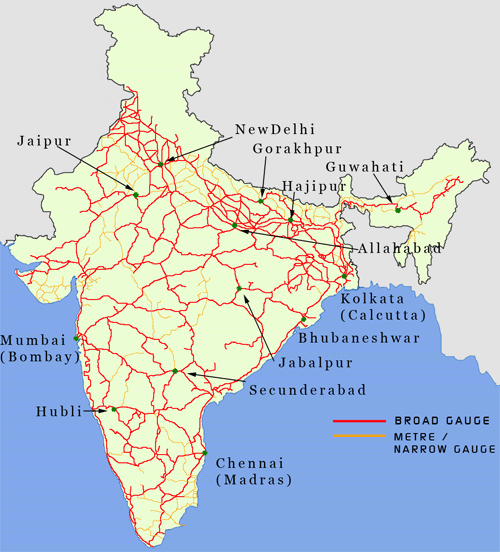 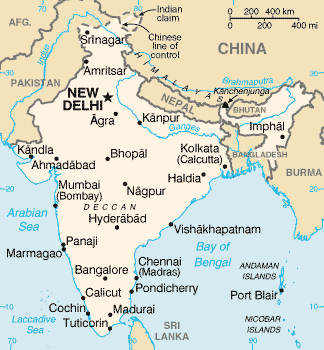 While the Indian government does have the prerogative to regulate maps in the country, it seems foolish to extend rules on how its boundaries should be depicted to the sale of maps produced externally. Almost all maps of India, Pakistan, and China produced in the West match the countries’ boundaries with the territory that they actually control (though Google Maps has separate maps of India for global and Indian markets). In any case, regardless of what maps of India actually show, almost everyone in India likely knows that parts of Kashmir are controlled by Pakistan and not India.

Most Indians can–and do–believe that all of Kashmir should be administered by India, despite knowing this, but that doesn’t change the geopolitical realities of who controls what on the ground. The proposed law seems to be a waste of time and money that will not achieve any real objective, as most people are aware of the difference between their country’s claims and the situation on the ground. It might make more sense to use the government’s resources and mapping abilities to resolve the underlying territorial disputes rather than focusing how they’re depicted on maps.

Ultimately, one of the most important questions raised by this issue is whether maps reflect reality–zones of control–or claimed boundaries? More often than not, maps reflect the internationally recognized borders of countries. Thus Syria appears whole on maps while Somaliland–effectively independent since 1991–is nowhere to be found. On the other hand, most maps of Asia produced outside of China indicate that Taiwan is not actually controlled by the People’s Republic of China, despite the fact that both China and Taiwan theoretically adhere to a One-China Policy. Perhaps there ought to be more regularity in how disputed territories and ambiguous geopolitical situations (such as the territory controlled by ISIS) are mapped.

As for India, it remains to be seen if the proposed legislation will be enacted, or watered down, and if such a law can even be enforced in the Internet age. The proposed law could also be abandoned altogether, as there is already a law, dating from 1961, that makes it illegal to exclude territories claimed by India from any map published in the country. That existing law seems to be sufficient enough for the Indian government’s purposes.

Why Should Pakistan and India Revive Back-Channel Diplomacy?

Does either country have much to gain from a return to talks?

The role of the United States in the ongoing Kashmir crisis isn’t well understood.

3 Scenarios for India-Pakistan Relations Under Modi 2.0

Can India and Pakistan shift the balance from confrontation to cooperation?