As one of the first business people to represent multinational groups and smaller organizations in North Korea, I was involved in the negotiation of well over a dozen joint ventures, most of which didn’t materialize: the production of transformers and electric cables to give a boost to North Korea’s dilapidated power grid; milk powder and dairy production to enable malnourished kids to have a daily glass of milk – sponsored by foreign donors; and even e-commerce to help North Korean painters sell their beautiful paintings across the globe.

Of course, setting up businesses in emerging and frontier markets isn’t for the faint-hearted. And capital is a shy animal which doesn’t want to be invested in a highly unpredictable and risky environment full of legal and other uncertainties. I warned the few daring investors that spectacularly large projects often lead to spectacular failures and recommended that they instead set up smaller projects with capital disbursement over a longer period and encouraged them to maintain control of imported key components for their manufacturing ventures as a way of minimizing the inherently high risks.

This cautionary approach was based on my past experience with other demanding emerging markets. But North Korea, with an opacity even greater than China and Vietnam when they had first opened up, was the toughest place of all. It had very much to do with significant philosophical differences from the other socialist countries, which had started reforms decades earlier. Of all the socialist countries North Korea came closest to Karl Marx’s communist ideal: it became the most demonetized country in our lifetime, providing all housing, education, food, healthcare, transportation, and so on completely free of charge.

Apart from Cuba, North Korea was also the country that received the most aid from other socialist countries. When North Korea’s socialist trading partners and benefactors, in particular the Soviet Union, collapsed in the nineties, its entirely state-planned economy and public distribution system largely collapsed too. It triggered a famine resulting in many North Koreans starting small-scale private trading activities to survive and to make a living and other, mostly Western donors stepping in to provide food and medicine for free.

A few years later, when I settled down in Pyongyang, it felt like a cultural shock for the North Koreans. They had grown accustomed to foreigners coming to their country simply to donate goods for free, but had never before seen foreigners set up and run businesses for profit.

As the CEO of North Korea’s first pharmaceutical joint venture, I was initially not allowed to set up a sales department and to do advertising for our products and services, a practice that was then considered anti-socialist. “In our country, companies don’t have sales departments and advertising is against the law” was one of the explanations given to me. I replied that the foreign investors would not be prepared to continue to pump money into a loss-making enterprise and that if business practices could not be changed in a way as to make it sustainable thanks to decent profits, it would be shut down.

To prevent this from happening, changing minds and behavior patterns became an almost Herculean challenge. To get advice and support I reached out to a pioneer in China’s pharmaceutical industry, who went through a similar experience in China just after its Cultural Revolution.

During the Cultural Revolution, he was radically demoted to the factory’s most toxic production area. After that hazardous and depressing period was over, Henry Jin was reinstated as head of Shanghai Pharmaceuticals, one of China’s largest medicine producers. His re-emergence coincided with the dawn of China’s transformation from a state planned economy to a more market-driven one. This induced the first foreign investors to arrive, and soon multinational pharmaceutical giant Bristol Myers Squibb was knocking on Shanghai Pharmaceuticals’ doors. Recognizing his outstanding competence, the government appointed Henry to set up the first pharmaceutical joint venture in Shanghai with this American company.

As Henry explained to me, what started off as promising soon became wrought with challenges. For one thing, the American majority investors did not simply want land use rights for the new factory, but also demanded a substantial cash infusion from the Chinese partners. At the end of a meeting with senior officials chaired by Shanghai’s mayor Jiang Zemin (who later became China’s president), the mayor asked if anyone had questions or remarks. Henry raised his hand: “I’m tasked with setting up the first pharmaceutical joint venture. Some cash is required but all the banks I’ve contacted have refused to give us a loan as we don’t have any collateral.” Jiang boldly exclaimed: “I am your collateral!” And Henry got the necessary bank credits, overcoming the first of countless other hurdles during “a long march” to doing business in a modern and efficient way.

In North Korea, I felt quite lonely on the board and frequently found myself “provoking” and even angering my North Korean colleagues with ideas which, due to our completely different life experiences, seemed very strange to them.

Things became much easier for me when Henry accepted my invitation to serve as a director. He did not want any fee for his invaluable advice, but simply wanted to help this pharmaceutical enterprise succeed. Making safer, effective, and more affordable medicine for the North Korean people was his motivation. He was a contented octogenarian gentleman with a generous heart who had dedicated himself to charity since his retirement some years earlier. He became my best ally on the board and a dear friend. He whole-heartedly supported my business plans and patiently explained to the North Korean colleagues why things had to be done in the way I suggested.

While our North Korean friends preferred to talk about adding new production capacities – even as existing ones remained largely underutilized – Henry and I were advocating the need for setting up an effective marketing and sales organization, without which the company could not survive. Henry and I spared no efforts to convince our local partners of the unavoidable need to adopt new business practices. 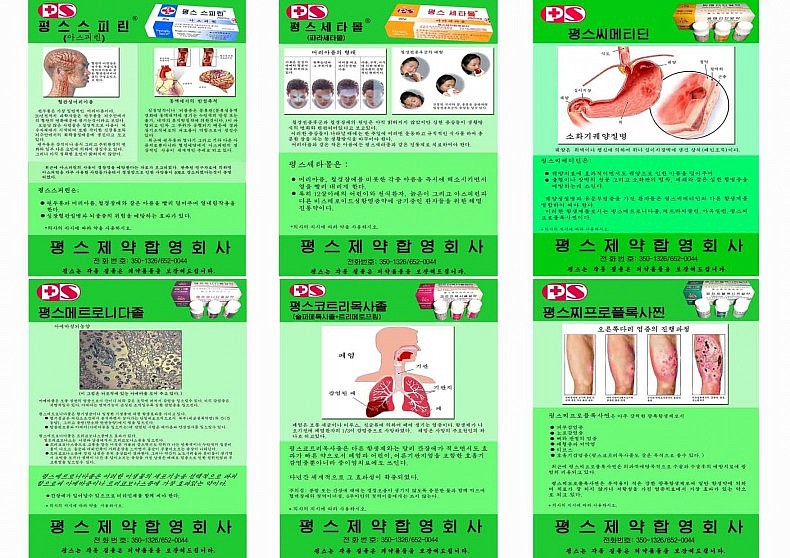 Our flyers, when advertising was not considered anti-socialist any longer. (Image courtesy of Felix Abt)

To this effect we held board meetings in China and made sure our directors could meet and talk to Chinese colleagues while there. They were surprised to learn from directors of state companies that Chinese authorities were no longer interfering with day-to day-business and were actually firing and replacing directors who failed to achieve targets, which included profits. North Korean factories, on the other hand, were then still micromanaged by a host of government agencies in the same style that Chinese enterprises had been run decades earlier.

As I was not only interested in developing the factory but also a wholesale, distribution and retail business, Henry tapped into his huge network and opened doors for our North Korean board members and company managers to gain access to Chinese wholesale companies, distributors and pharmacy chains where they were even allowed to take pictures — something the hosts would never have allowed their fellow Chinese to do. 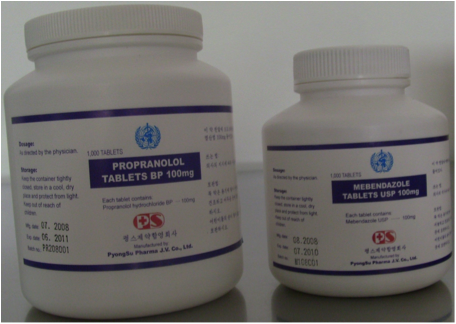 A product of ours for heart conditions and one to treat worms in adults and kids. These medicines were sold to the WHO, which distributed them to needy hospitals in North Korea’s hinterland at a fraction of the price it would have cost to produce in Western countries. (Image courtesy of Felix Abt)

As an early bird, circumstances were totally against me. With the help of highly knowledgeable, empathetic Henry, who enjoyed enormous respect among all the North Koreans he met, the early heavy losses of the enterprise slowly turned into profits. Though he was short in terms of body height he was a giant as a humanist and he was convinced that strong human capital, or better still, a skillful staff, thanks to intense capacity building (training and exposure to international business practices), was more important for the good of all stakeholders than the company’s fixed assets. I was happy that Henry saw the fruits of his efforts: ours became an award-winning North Korean team and the first to be recognized by the World Health Organization (WHO) for our Good Manufacturing Practices (GMP). Thanks to this we also became the first North Korean enterprise to win contracts against Asian and European rivals in competitive bidding.

It was plain to see for the North Koreans that our business approach worked well for all stakeholders and this inspired them. Pharmaceutical companies started knocking on our doors asking us to share our management and production expertise with them. Henry’s charisma and leadership, and experiences during China’s own economic transition, not only inspired our team but paved the way for North Korea’s emergence in the pharmaceutical industry.

Felix Abt is a serial entrepreneur who has lived and worked in nine countries on three continents. He is the author of the book A Capitalist in North Korea: My Seven Years in the Hermit Kingdom.

When Capitalism Came to North Korea

North Korea’s domestic economy may be very resilient but it is not beyond the reach of international tensions.

New sanctions are unlikely to significantly change the status quo on the Korean Peninsula.

Two months after the Taliban takeover became a reality, interpreters who worked for Turkish forces are still in Afghanistan with no clear exit plan.

Does AUKUS Violate the Pledge of a Nuclear-Free South Pacific? China Thinks It Might.

By Ryan A. Musto

China is tapping into broader anti-nuclear sentiment in the region to attack Australia's nuclear submarine deal.

By Ankit Panda and Benjamin Silverstein

The proposed mega-water transfer project is already sparking fears abroad. China should start talking with countries downstream of the impacted rivers to address their concerns.