Crisp packets may seem a shallow way to understand a country. But for North Korea, looking at something as trivial as the packaging of everyday items can shed light on developments in a society still mistakenly regarded as resolutely static. The country’s supermarket shelves are just one of a number of places where North Korea’s growing middle class is absorbing foreign influences and finding new ways to spend its money.

As a founding partner of Australia-based Tongil Tours, which specializes in educational tours to North Korea, I often accompany groups to the country. While on a recent trip to Pyongyang’s Kwangbok District Shopping Center – a bustling multi-story complex housing a food court, supermarket, children’s playground, and sections selling everything from clothing to white goods – something in the food section caught my eye.

Some of the snacks on sale had packaging nearly identical to that of popular South Korean equivalents, many of which I was familiar with from late-night convenience store raids during my student days in Seoul. According to our Korean guides, the North Korean versions were new on the market. 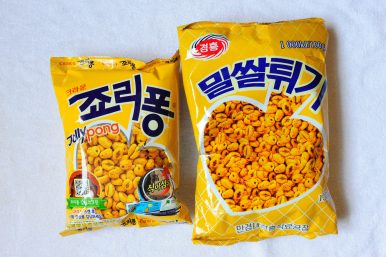 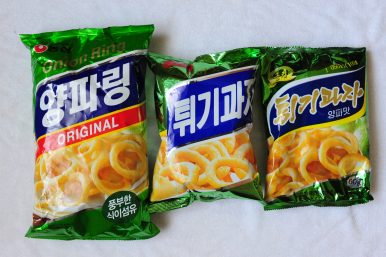 Also on sale was the popular Korean chili paste condiment gochujang, packaged in the same kind of red, plastic tubs in which it is typically found on South Korean supermarket shelves. 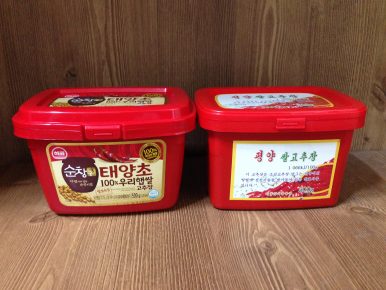 These scraps of shiny plastic reveal several broader changes in North Korean society. First, they are a sign of a nascent consumerism, which has grown out of the markets that first formed during the economic difficulties of the 1990s and are now a substantial component of the economy. The copies are also a response to the creation of a new, entrepreneurial middle class, which is demanding better and more varied consumer products. These new consumers have in recent years also been behind the emergence of advertisements (although still nowhere near as ubiquitous as in capitalist countries) and the spread of more avant-garde package design.

Reports indicate that recent years have seen an explosion in new, domestically produced brands for everything from toilet paper to soft drinks. Just a few years ago, taxis were virtually non-existent in North Korea. Now, they are on every street in Pyongyang, and can even be seen in the provinces too. There are already four or five competing taxi companies. The restaurant trade is booming – I know of some foreign residents of Pyongyang who set about trying every eatery in the city, only to give up when they realized they were being outpaced by the rate of new restaurant openings.

The fast-growing domestic tourism industry is another new venue for consumption. I often visit the Kumgang Mountain Resort area, which opened to South Korean tourists in 1998. After souring relations between Pyongyang and Seoul ended the visits in 2008, the resort’s modern, South Korean-built facilities, fell into disuse. But after a few more years, it reopened to domestic tourists (and us too, fortunately).

While there, I am struck by the groups of local tourists, clad in brightly colored, casual outfits, being driven around in Hyundai buses (Hyundai helped develop the zone) on smooth, well-paved roads. They stay in noticeably South Korean-designed bungalows and hotels. The restaurants they dine in are the only places in the North that serve white rice the South Korean way – piping hot in lidded steel bowls – and some of the few still offering floor seating, a tradition that has mostly died out in the North. Without the badges bearing the faces of their leaders – citizens are not required to wear them for leisure activities such as hiking – the visitors are indistinguishable from tourists from China, or even South Korea. 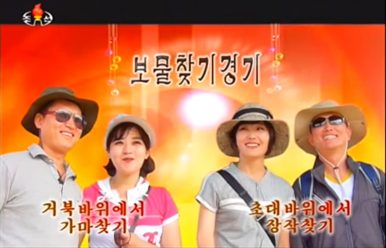 Two couples face off in a treasure hunt in “In Search of the Famous Sites of the East Sea.”

In 2016, a groundbreaking new series called “In Search of the Famous Sites of the East Sea” appeared on North Korean television. A mix between a variety program and a travel documentary, the show follows the host as she travels around the country, sampling local delicacies and visiting scenic spots.

The first episode contains a segment reminiscent of Japanese or South Korean variety shows, with two husband-and-wife teams plucked from groups of local sightseers and pitted against one another in three successive games: a seaside bicycle race, a treasure hunt among the cliffs, and a mussel porridge cooking contest. The prize for the winning couple? Fresh seafood.

Such programming may be standard fare in most parts of the world, but in North Korea, where most of what you see on television is undisguised government propaganda, it is quite unprecedented. Through promoting spending on tourism, dining out, and romantic outings, it also perfectly embodies the new culture of consumerism.

The next thing to note about these new consumers is that they also look to the outside world for inspiration. Chinese goods are readily available in North Korea and have led to the predominance of Chinese fashion there. But at the very cutting edge is the influence of the South. Those with the money and the means tend to sport fashion that would not look out of place in Seoul. 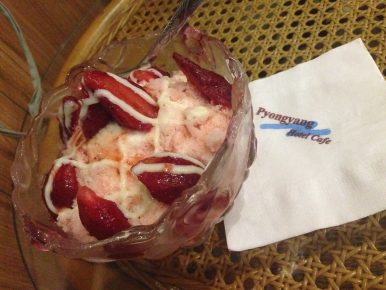 At one of Pyongyang’s fanciest coffee shops, located at the top of the exclusive Pyongyang Hotel, customers can now purchase “snow flower bingsu,” a South Korean-invented, milkier version of the traditional Korean shaved ice dessert bingsu. And just like in South Korea, they are served with toppings such as strawberry instead of the traditional red bean.

Not far from Pyongyang’s Tower of the Juche Idea, a 170-meter-high monumental stone column named after North Korea’s official ideology and one of the country’s most famous landmarks, a new cafe has started serving coffee that connoisseurs rate as the best in the country. With its rustic, wood-heavy design, its interior is distinctly un-North Korean; more than anything, it is reminiscent of the South Korean chain Caffe Bene. 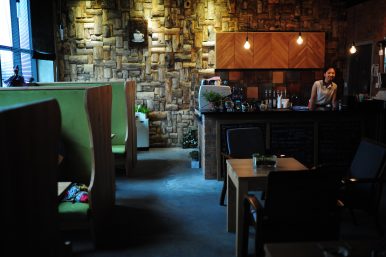 Coffee shop near the Tower of the Juche Idea. Image by Alek Sigley. 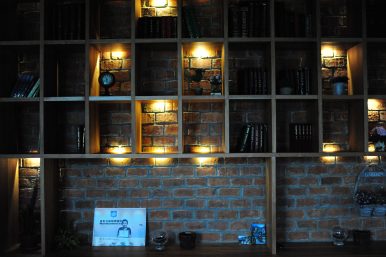 The shelf display looks like one you would find at Caffe Bene, but it is filled with books by and about Kim Il-sung. In the bottom left you can see the barista’s certificate – she trained at a barista academy in China. Image by Alek Sigley.

But how does this Southern influence get into North Korea? There are various routes, but one of the most significant runs through Dandong, the Chinese border city that sits on the other side of the Yalu (Amnok in Korean) river from North Korea. Most of the official trade between China and North Korea passes through Dandong, and it is home to a sizable community of North Korean expatriates, many of whom are businesspeople from the country’s expanding entrepreneurial class.

It is also home to a large South Korean community and many South Korean businesses, including the Caffe Bene chain mentioned above. Despite the ongoing division of the peninsula and inter-Korean tensions, these two communities mix to a surprising degree. As South Korean anthropologist Kang Juwon, who has conducted ethnographic work among Dandong’s various Korean communities, told NK News, “As always, South Koreans drink North Korean Taedonggang Beer and North Koreans buy milk produced by the South at a market… they freely break bread together at a restaurant where the flags of three countries are hung.”

Dandong also hosts numerous supermarkets selling South Korean goods, including those that ended up inspiring the snacks and gochujang chilli sauce I found in Pyongyang. South Korea’s similar culture and advanced capitalist consumer society make it an unsurprising source of inspiration for the North Korean middle class. The fact that this is happening means that it’s perhaps time for us to abandon the tired stereotypes of North Korean society as static and unchanging. The border is more porous than we might think, and new people, goods, and ideas are constantly moving through it.

Alek Sigley is founding partner of North Korea tour operator Tongil Tours, and a Korean Studies student at the Australian National University’s College of Asia and the Pacific.

North Korea’s Food Shortage Is a Lesson for US Policymakers

By Markus Bell and Sarah A. Son

Like any refugees, North Koreans who escape to the South have a deep-seated need to remember their home country. But the scope for memory and self-expression is limited by politics.

A North Korean official vowed to turn the national park into "a cultural resort envied by the whole world."