A 2012 ceasefire between the national military and the Karen people of eastern Myanmar is bringing hope of lasting peace to the strife-torn region. One of the unintended consequences of the decades-long conflict, which began in 1947, was that it kept development out, preserving the forest and creating a wildlife oasis. But with peace will come development, so the race is on to protect one of Southeast Asia’s last remaining unspoiled jungle habitats, home to tigers, leopards, bear, elephants, tapirs, and other endangered species.

According to Colin Poole, Regional Director of the Wildlife Conservation Society in the Greater Mekong, the main threats will come from the unsustainable development pressures that peace will bring, such as mining and plantation agriculture and the associated deforestation that goes with them.

Luckily, the environment has an ally. Nerdah Mya, a Karen leader, is committed to protecting the environment and preserving it for future generations. He founded a company called Karen Enterprises with the aim to bring sustainable development and investment to protect the environment while generating jobs for the Karen people. He is working to attract ethical funders and investors who will share his vision.

Protection of the environment makes good business sense, as Nerdah sees ecotourism developing into a major industry that will bring prosperity to a part of the world that has fallen far behind the rest of Asia in economic terms. He is starting an ecotourism business that will offer adventurous visitors unique jungle safaris in an area reminiscent of Jurassic Park. The first project now underway is a safari lodge to handle the expected surge of ecotourists. Five more such lodges are planned at various locations in the forest. 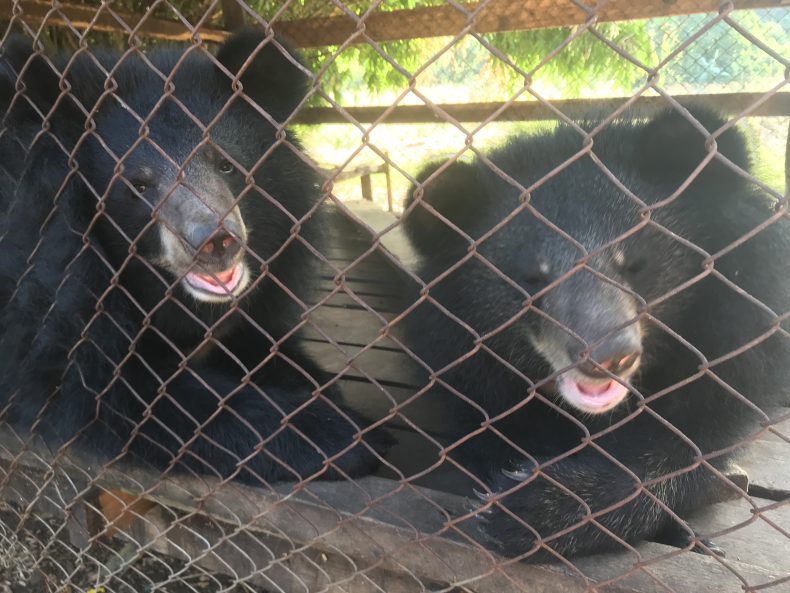 Besides potential deforestation, poachers and hunters are killing the wildlife at an alarming rate, some for food, others to supply the Chinese traditional medicine trade. Nerdah plans to set up a wildlife ranger unit of 300 former Karen soldiers to patrol the vast stretches of rugged jungle to keep out poachers and despoilers. But such a wildlife projection effort does not come cheap, as setting up a unit of 300 rangers plus their equipment will cost some $2 million which the cash-strapped Karen cannot afford. So a global effort is being launched to find donors and investors to fund and sustain the unit.

The race to protect the largest remaining tract of intact tropical forest in mainland Southeast Asia can be won. The habitat and wildlife survived the war, and with proper stewardship, they will survive the peace.

Kurt Hanson is an entrepreneur based in Japan. He is dedicated to helping the Karen people by bringing investment to their area.

Despite her promise to welcome new voices into the peace process, many fine-grained obstacles to progress remain.

Why the Karen people are fighting against the $21 million UNDP “Ridge to Reef” project.

The Importance of Saving Biodiversity in Karen State in 2 Interviews

Indigenous and academic perspectives on biodiversity, armed conflict, and self-determination in Karen state.