Pritam and Fiza (names changed), met each other while studying law at Oxford University in 2005 and got married in 2012. Even though in the eyes of society theirs is an inter-religious and cross culture marriage as Pritam is an Assamese Brahmin while Fiza is a Pakistani Punjabi Muslim, they do not consider such social constructs as barriers.

Fiza, who comes from a conservative family, says, “I informed my parents about Pritam after getting married. At that time we were in London and invited them to meet us. They stayed with us for three weeks and grew fond of Pritam, but never disclosed our marriage to our extended family because of the social pressure.”

Pritam and Fiza are of the very few courageous couples who together are fighting age-old rigid notions that place absurd restrictions on people.

Pritam and Fiza are concerned more for their 1-year-old daughter, who is too small to understand these social complexities. They fear that they might have to move to a neutral country despite their wishes to stay back and serve the land they belong to.

“It’s so funny that my friends who married a German or an Australian can get a PIO (Person of Indian Origin) card very easily for their spouses whereas Fiza cannot, when Pakistan is historically, culturally, socially, and geographically more connected to us,” says Pritam.

The division of India and Pakistan in 1947 uprooted millions of people and its shadows of hatred and divide still haunt the two nations. Since then, the relationship between them has been unfriendly and inhospitable. However, despite sour national relations, marriages between Indians and Pakistanis continue to take place.

These marriages defy the stereotypes created around “the other” country. For some couples, marriage in the neighboring country is an arranged setup. For others, love happens organically, and borders are just lines. 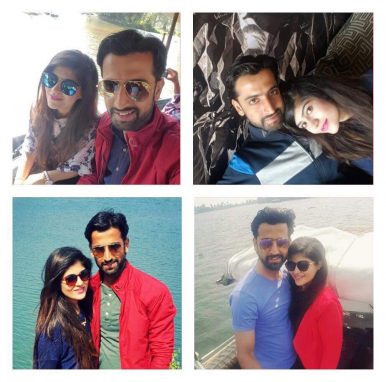 Naresh Tiwani tweeted to the Indian foreign minister for help getting visas for his then-fiance’s family to attend their wedding in November 2016. Photo provided by Naresh Tiwani.

Naresh Tiwani and Priya Bachini tied the knot on November 7, 2016 when tensions between the two countries were high. Priya and her family are from Karachi, Pakistan and were unable to get visas as the wedding date approached. Naresh tweeted his plight to then-Foreign Minister Sushma Swaraj, who stepped in to help Priya and her family get visas.

“It was quite tiring for both the families because the wedding date was so near and the Indian embassy was not granting visas and still Priya is staying in India on a long term visa (LTV) and has not visited Pakistan after our marriage,” said Naresh.

Some cross-border marriages also reflect cross-border family ties. Parveen Irshad, who got married to Irshad Mirza in 1981, says while sitting in their old Delhi house: “This is my Dada’s [grandfather’s] house. My husband is my cousin.”

Parveen came to visit her family in India, with no intentions of getting married. “My marriage was not planned. My parents felt Irshad to be a good partner for me and got us married.” She has been staying in India on a long term visa (LTV) since her marriage and cannot move out of Delhi. 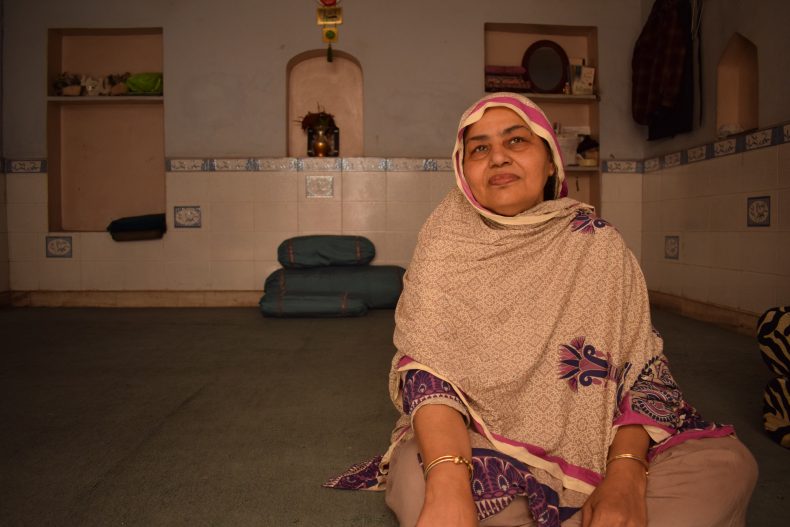 Parveen has been lucky to visit Pakistan once every two years since her marriage. “When I go to Pakistan, I visit places. Here in India I cannot, due to visa restrictions.”

Parveen’s elder daughter is also married to a Pakistani. “My daughter is a proud Indian and still holds her Indian passport. I feel India and Pakistan should allow people to hold dual citizenship as many families were divided during Partition and their children own their loyalties to both sides,” she says.

“The government of India provides citizenship to anyone who lives here for five years, but they have declared Pakistan as an enemy nation by law which is why Pakistanis face so many issues. The Pakistani spouses have to stay on long term visas for years and go through strict regular check ups,” explained Imran Ali, a lawyer and professor.

Regardless of the countless difficulties these couples wish for peace, prosperity and friendship between both countries and believe that marriages like theirs should continue to taking place to fight the politics of hate.

As Kabir, a poet revered in both nations, puts it:

Beware the Himalayan Heat: China, India, and Pakistan on the Brink

Even as war in Europe grinds on, Washington should not lose sight of the frightening implications of recent developments in South Asia.

Why Did Pakistan Lay Claim to the Indian Territory of Junagadh?

The Junagadh issue had once been used to raise points in the Kashmir dispute. But this is no longer of significance.

Has Russia Lost Patience With India?

Russian attempts to punish perceived Indian transgressions could have serious impact on their relationship.

The Many Unanswered Questions About India’s Missile Accident

Thankfully the accidental firing of an Indian missile into Pakistani territory did not lead to escalation, but many questions remain unanswered about what happened.

Violence Against Indian Muslims Must Be Urgently Investigated

There is enough evidence that some of these acts amount to crimes against humanity.

By Ahana Roy and Siddhant Nair

Kishida said it was important to gain people's trust and that the new Cabinet included only those who agreed to strictly review their ties to the Unification Church.