In 1912, Johnson had been convicted of taking his white girlfriend, Lucille Cameron, who later became his wife, across state lines. This was held to be illegal according to a racial purity law, the White-Slave Traffic Act (better known as the Mann Act), which made it a crime to transport “women across state lines for immoral purposes.”

The interracial relationship between Johnson and Cameron was treated as a “crime against nature.” In Trump’s official presidential pardon for Johnson he remarked that the prosecution had been “a racially motivated injustice.”

It is less well known that when Johnson won the world heavyweight title 1908 — taking it from Canadian Tommy Burns in a Boxing Day bout in Sydney, Australia — he was watched closely by Australian Chinese, who had themselves been victims of racial discrimination. Between 1908 and 1910, the editors of Australian Chinese-language newspapers published several long reports on Johnson’s fights, lauding him as a “black hero.” Why did a non-Chinese boxing champion attract the attention of Chinese-language newspapers? How did they view the relationship between Chinese and “black people”? How did the newspaper reflect ideas about race among Australian Chinese during the early 20th century? 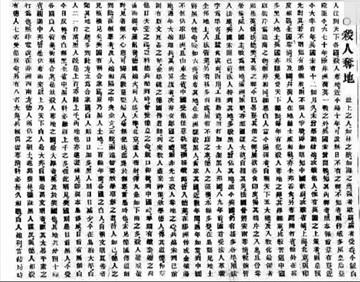 By the turn of the 20th century, elite, well-educated Australian Chinese, including newspaper editors, had largely become assimilated into Australian society. They used the discourse of Christianity and referred to Western liberal values to criticize the unequal treatment that non-white ethnic groups received around the world.

Chinese-language newspapers paid a lot of attention to the situation of those they referred to as “black people.” Their concept of “black people” was quite different to our understanding of the term today. Then the term was used to refer to Africans, African-Americans, and the indigenous peoples of America, Southeast Asia, and Australia, who were not white or “yellow.” In Sydney and Melbourne, the Chinese Australia Herald and the Chinese Times condemned the colonialism carried out by “civilized and kind white people,” such as the British, French, and Germans, which plunged “black people” into the danger of extinction. These Chinese newspapers claimed that the unequal classification of people according to their skin was not the will of God, who “loves human all.” 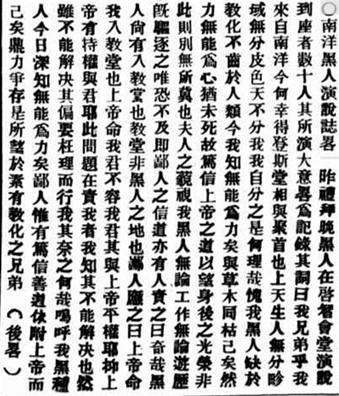 Figure 2: “Speech of a Southeast-Asian Black Person,”Chinese Times (Melbourne), in 1907.

The Black Hero and Social Darwinism

However, Chinese-language newspapers were influenced by the theory of Social Darwinism that was widespread at that time, which saw different races in competition with each other. From 1908 to 1910, Johnson’s heavyweight championship victory excited the newspaper editors. They encouraged the Australian Chinese to strive for their future like the efforts of this “black hero.”

Chinese newspaper editors were delighted to see an African American gain victory when Johnson won the heavyweight title in Sydney in 1908. Unusual for newspapers at the time, the Chinese Australian Herald used a long sentence as its headline, summarizing the significance of Johnson’s victory and the disappointment of white Australians:

In Recent Decades, the Most Famous White Boxers Called Themselves Invincible. Now Tommy Burns Fought with Jack Johnson for Fourteen Rounds and was Defeated and Injured. Twenty Thousand People Watched the Match. The Whole of Australia is Shocked and the White People Are Disappointed.


In 1910 when Johnson defeated the former heavyweight champion, James J. Jeffries, the Chinese Australian Herald described the significance of the fight in racial terms with the provocative headline:

The Chinese newspapers spoke highly of Johnson’s efforts. They claimed that his world championship victory earned Johnson great glory and reputation in Britain and the United States. The Australian Chinese elite also used his case to inspire their own countrymen. The Chinese Australian Herald stated, “people despise the poor and the non-famous; the whites discriminate against the blacks because they do not like black skin. However, if a black becomes a hero, he can still earn the respect of the whites.” 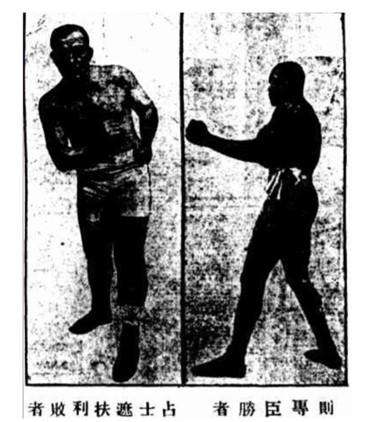 A Hero for Australian Chinese

Trump’s pardon of Johnson — underscoring the concept of equality in the United States, a multiethnic nation — was not controversial. However, for people a century ago, both white and non-white, there was little acceptance of the principle of equality among ethnic groups, since in racial thinking there was no equality in nature. Victims of racial discrimination regarded “self-strengthening” of their own nation-states as the most practical way to struggle for their rights.

The Australian Chinese in the early 20th century thought in such a way. For these Chinese, at least, the elite and the leaders in their Australian community, Jack Johnson was not a hero only to American Africans, but he was also a hero to some Chinese who believed that he provided an example of how they could improve their own situation. Although the Australian Chinese had shown great efforts to assimilate into Australia, their admiration for Johnson reflected a change in their thinking: from the hope that they would be accepted into Australian society to a view increasingly influenced by Social Darwinism. This shift was to herald an era of rising nationalism among overseas Chinese communities worldwide.

Renzhe Zhang, BA (Hons), is a 2017-2018 Summer Scholar at the Institute of Advanced Studies in the Humanities, Faculty of Humanities and Social Sciences, University of Queensland.

Why Was Jack Johnson a Hero to Australian Chinese in the Early 20th Century?

The Islamophobia Epidemic in Australia

Racism has no place in society and Australian politicians from all sides of politics are making full awareness of this fact.

AUKUS, Australia, and the Importance of Trust in Foreign Policy

Former Australian Prime Minister Turnbull put it well: “If we want to have influence in our region we must be trusted. Our word must be our bond.”

An Australian spy’s lawyer stands accused of conspiring with his client to communicate information to East Timor about an espionage operation.

Koofi was part of a delegation of Afghan women visiting the U.N. to urge member states not to compromise on inclusion and equal rights in Afghanistan.

The Geopolitics Behind the New Zealand-UK Free Trade Agreement

New Zealand’s free trade deal with the U.K. might be about “building back better” – but it could end up being more about Beijing.

US Leadership Could Change Course of Myanmar’s Human Rights Crisis

A U.S.-led coalition that intensifies this pressure could change the course of Myanmar’s protracted human rights disaster.