China on the Sideline as Japan Plays Bigger Role in Kosovo

The Strategic Implications of Indian Corruption

The drying up of the Aral Sea is often described as one of the worst human-made environmental disasters, and rightly so. In 60 years, the Aral Sea — once the world’s fourth largest lake — has shrunk to just 10 percent of its former size. Desertification, shortage of drinking water, violent dust storms plague the region, and the coastline continues to recede.

The Multi-Partner Trust Fund joins a handful of multilateral arrangements regarding the Aral Sea, including the International Fund for Saving the Aral Sea. But this project is different, insofar as it aims to put people at the front of its work.

Its programmatic framework is based on the first-ever socioeconomic needs survey conducted in communities most affected by degradation in the Aral region. A survey of 1,600 households in 2017 found that employment is the most pressing concern for locals in Karakalpakstan — the region in northwestern Uzbekistan that borders the Aral Sea. The deteriorating environment, lackluster transportation infrastructure, expensive and low-quality medicine, a dearth of preschool services, and irregular provision of drinking water were identified as other priority issues. 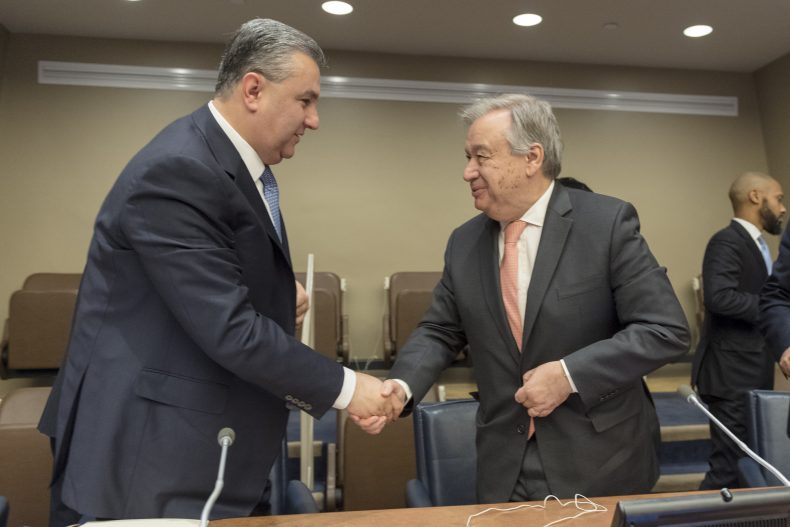 Tuesday’s event began with opening remarks from UN Secretary General Antonio Guterres, who visited Uzbekistan last summer to discuss the crisis in the Aral Region, and Deputy Prime Minister Kholmuradov. After, a panel of experts and diplomats convened to discuss the UN’s role in addressing environmental degradation and overseeing cooperation between stakeholders.

Knut Vollebaek, Chair of the UN Advisory Board on Human Security and Former Foreign Minister of Norway, pledged $1.2 million to the Trust Fund from Norway. Dr. Michael Edelstein, a professor and director of Ramapo College’s Institute of Environmental Studies, spoke of the relationship between environmental disaster and social stress. Edelstein emphasized the far-reaching implications of the Aral disaster, but was optimistic about current efforts to revitalize cities and maintain a sustainable food system.

Helena Fraser, the UN Resident Coordinator in Uzbekistan, focused her presentation on the people of Karakalpakstan. Fraser spoke of bringing the impressive results from targeted local projects to scale in order to address environmental, economic, and social insecurity in Karakalpakstan and beyond.

The conversation was not just limited to Uzbekistan; multiple speakers brought up the possibility for lessons from the Multi-Partner Trust Fund’s experience in Karakalpakstan to be applied to other environmentally stressed regions of the world. Tijjani Muhammad Bande, Nigeria’s Permanent Representative to the UN, brought up the deteriorating situation in Lake Chad as an example. “You could simply change the names, the Aral region has the same issues facing the Lake Chad Basin,” Bande said.

Toshiya Hoshino, the Deputy Permanent Representative of Japan to the UN, commented on the value of the Trust Fund’s human security approach. He said that the initiative “exemplifies the human security approach as a way to achieve sustainable development goals,” which are the bedrock of the UN’s 2030 Agenda. Recognition of the triangular relationship between peace, security, and the environment matches the emphasis put on coordinating across UN agencies by the “One United Nations” initiative.

The floor was opened up for comments and questions from the audience, and statements came from a range of perspectives. Representatives from Algeria, Turkey, and Kazakhstan congratulated Uzbekistan on the creation of the Multi-Partner Trust Fund, though it is curious that Kazakhstan did not have a seat at the table for the official discussion.

The Aral Sea used to straddle Kazakhstan and Uzbekistan, but the construction of a dam on the Kazakh side of the border spurred the revitalization of the North Aral Sea at the expense of Uzbekistan’s southern half. Regardless, Kairat Umarov, Kazakhstan’s Permanent Representative to the UN, cited the meeting as evidence that “Central Asian countries should rally for coordination to reduce vulnerability in the region.”

Musa Erniyazov, Chairman of Karakalpakstan’s Parliament, expressed “big hope” while listening to the morning’s proceedings. “We genuinely believe that this initiative will improve the lives of those in Karakalpakstan,” he said. “Thank you.” 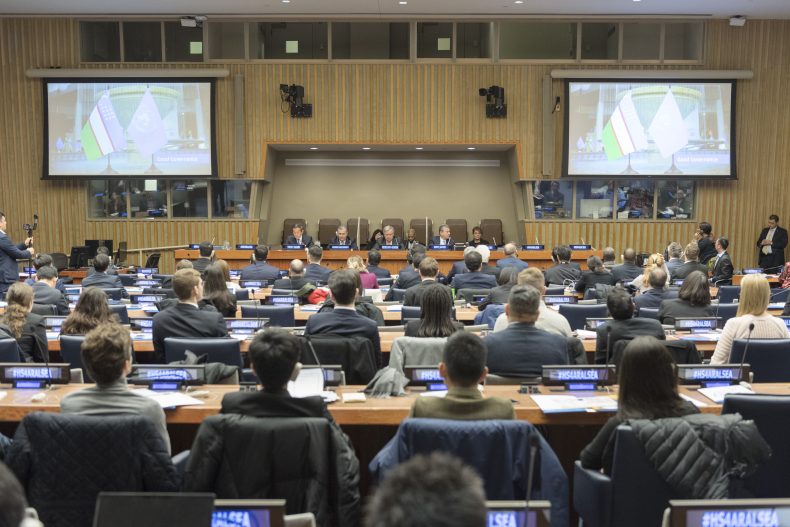 How India Got Here

China is on the defensive amid a global backlash, trying to move the narrative toward Xi’s “shared future for mankind.”

Uzbekistan wants to breathe life into regional cooperation with the help of the UN and EU.

Ban Ki-moon is traveling to all five Central Asian states and will work hard to avoid one big elephant.

Reports that the Taliban have recruited a Hazara leader are part of broader efforts to change the militant group’s image.

Some Afghans find themselves trapped in a dangerous, endless cycle of migration in a search for work, safety, and a better life.

Experts fear the Philippines president is testing the waters for a constitutionally viable declaration of nationwide martial law.

The End of Hong Kong As We Know It

What lies ahead for Hong Kong?

How is China taking advantage of the pandemic to pursue its foreign policy goals?

In Indonesia, Will COVID-19 Trigger Another Asian Financial Crisis?

History may not repeat, but it does rhyme.

Mahathir, along with his son and three other senior members, were expelled from the Bersatu party on Thursday.

What Do Taiwan’s People Think About Their Relationship to China?

A new survey delves more deeply into Taiwanese public opinion toward the ROC, China, and the nation’s future.