The Trump administration appointed Zalmay Khalilzad as “special advisor to Afghanistan,” in hopes the controversial long-time Afghan hand can conjure some form of negotiated settlement with the Taliban and wrap up the 17-year war in Afghanistan. Seasoned observers of South Asia are skeptical. Why would the Taliban negotiate an end when they need not defeat the Americans and their Afghan allies outright? The Taliban only need to keep fighting to demonstrate that the Americans and Afghans cannot defeat them. The is the definition of an insurgent’s victory. Second, why would Pakistan allow the Taliban to sue for peace unless that peace meant Afghanistan’s capitulation to Pakistan with the former serving as the latter’s suzerain? Would Afghans — who loathe Pakistan for the decades of devastation it has wrought — ever agree to such peace terms? And “peace with the Taliban” on these terms is unlikely to be peaceful.

Whatever happens with respect to efforts to conclude the forever war, Afghanistan needs a new way forward that focuses on economic sustainability. After the last U.S. soldier leaves and the U.S. Congress is ever-warier of writing checks to pay for the functioning of the Afghan government, who will pay its bills? Without an economic way forward, hard-won gains will be lost and the country could even plunge once more into civil war. 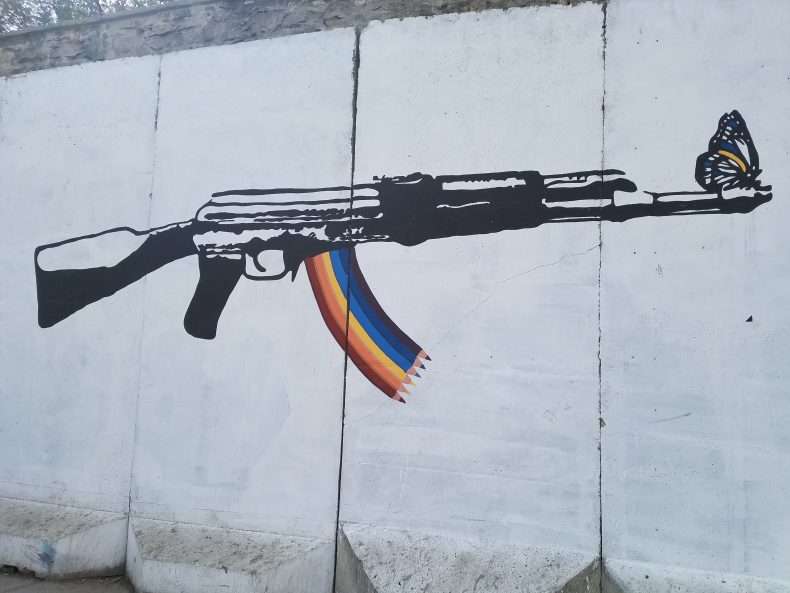 Iran is a key part of an economically viable future for Afghanistan. And India is one of the most important stakeholders who can help this future fructify as U.S. taxpayer’s enthusiasm recedes.

Since 2003, India has worked to construct a deep-sea port at the Iranian city of Chabahar on the Gulf of Oman. This project is the lynchpin to India’s Central Asia strategy and critical for India’s access to Afghanistan because Pakistan prevents India from accessing the country through its soil. India’s investments at Chabahar were endangered recently by pending sanctions that the Trump administration was set to impose upon any country doing business with Iran. In a surprisingly judicious move, Washington granted India a waiver for its work at Chabahar, including the ongoing project to link the port to Afghanistan with a railroad. With the exception in hand, India should redouble its efforts at Chabahar but also consider updating the critical infrastructure that links Afghanistan to Iran’s warm water ports.

For too long, Pakistan has used all leverage possible in effort to subjugate Afghanistan. Islamabad has supported an array of Islamist and Islamist militant actors since the late 1950s and has used access to its ports as arbitrage. In recent years, Afghanistan has been able to diminish its reliance upon its problematic neighbor in part because it is connected to railheads with Iran, Uzbekistan, and Turkmenistan. These rail heads are key to helping Afghanistan get its valuable resources out of the ground and to markets. Today, Afghanistan trade portfolio is less dominated by Pakistan. Between 2012 and 2016, Afghan imports from Iran totaled $1.3 billion compared $1.2 billion from Pakistan and another $1.1 billion from China. While Pakistan was the largest destination for Afghan exports between 2012 and 2016 with $283 million of goods, India was right came in, second with $230 million. Even with the rudimentary infrastructure at the port, India has dispatched some 110,000 metric tons of wheat and 2,000 tons of pulses from India to Afghanistan through Chabahar over several shipments. Bilateral trade with India will certainly increase as Chabahar comes online.

If Afghanistan can continue enriching its political, economic, and trade ties with its near and far neighbors, it can further isolate Pakistan and further shrink any need for Pakistan’s ports. When Afghanistan achieves economic independence from Pakistan, it will be in a greater position to extract political concessions. This does not mean that Afghanistan will become peaceful — far from it.

Pakistan will seek to undermine these efforts by deploying the Taliban and other militant proxies to attack alternative supply routes. But Chabahar will permit Afghanistan to move forward, prosper, and work toward economic sufficiency while strategically isolating Pakistan in every way possible. Every loss of Afghan life is painful. But Afghanistan needs to find a way forward despite the relentless efforts of Pakistan. It is useful to note that in Afghanistan — an active war zone — traffic accidents claim more civilian lives (nearly 5,000 in 2017) than anti-government forces or friendly fire (3,438 in 2017). My intention here is not to trivialize either kind of death; rather, to put them into perspective and argue that economic progress can continue even in war-torn Afghanistan. 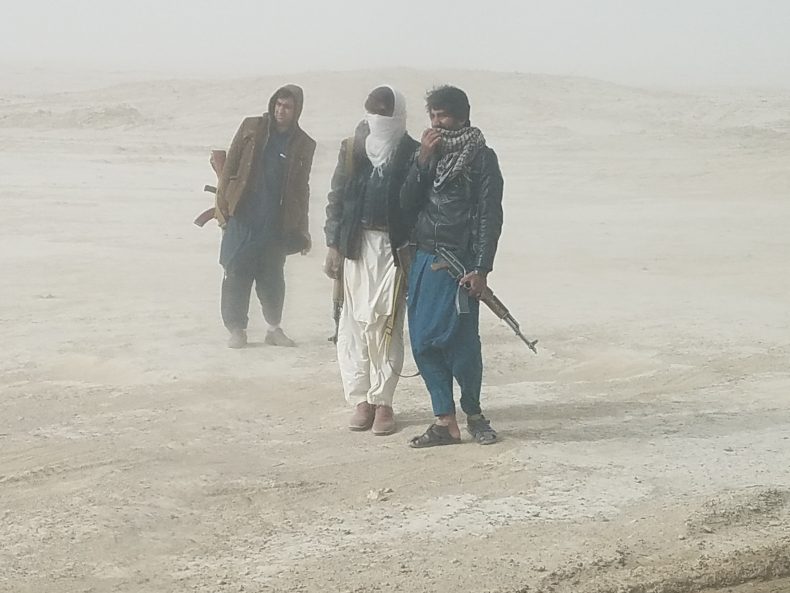 Last month, I traveled to Zaranj, on the border of Iran, and on a road built by India. This crossing will be the workhorse of cross-border traffic when Chabahar becomes functional. I wanted to assess the extant infrastructural capacity and traffic through this border crossing. I found that this dusty town was a busy hub and at full capacity even though little traffic is coming in from Chabahar at present: Most of the traffic is coming from Iran’s more established port at Bandar Abbas. India hopes that this route will become a significant alternate to Pakistan’s routes to warm water; however, expansion and refurbishing of existing facilities are needed to effectuate this policy.

The bridge that links the two countries is too narrow for two-way traffic. It takes interminably long for a single truck to make the crossing. Kabul promised an expanded bridge years ago, but it has yet to materialize. Drivers stack their trucks along the Zaranj-Delaram highway, moving less than a foot a day toward the border. Trucks may spend two months inching forward, awaiting their turn to cross. This makes regular traffic impossible. Arguably, the current situation facilitates corruption. Those who have the money to jump the queue can. The customs and border facilities at Zaranj struggle with the current operational tempo, as does the counternarcotics forces who witness large amounts of precursor materials that convert opium into lucrative narcotics like heroin coming in from Iran, but lack the large-scale detection devices needed. Others counter that if such devices were emplaced at Zaranj, it would be used selectively or even be broken by Afghan officials on the take as has happened elsewhere.

Once in Iran, the Afghan truckers I met iterated numerous problems, including usurious visa charges, insufficient petrol quotas to make the journey, extortion from Iranian officials and racketeers alike, inadequate facilities for them to live affordably while in Iran. In fact, most sleep under their trucks and use the few public toilets available for the drivers.

Many Afghans in Zaranj want the border to be open all day, every day. They assert that the Iranians resist this. Truckers hauling goods into Afghanistan from Zaranj contend with the Taliban as well as corrupt police officials. 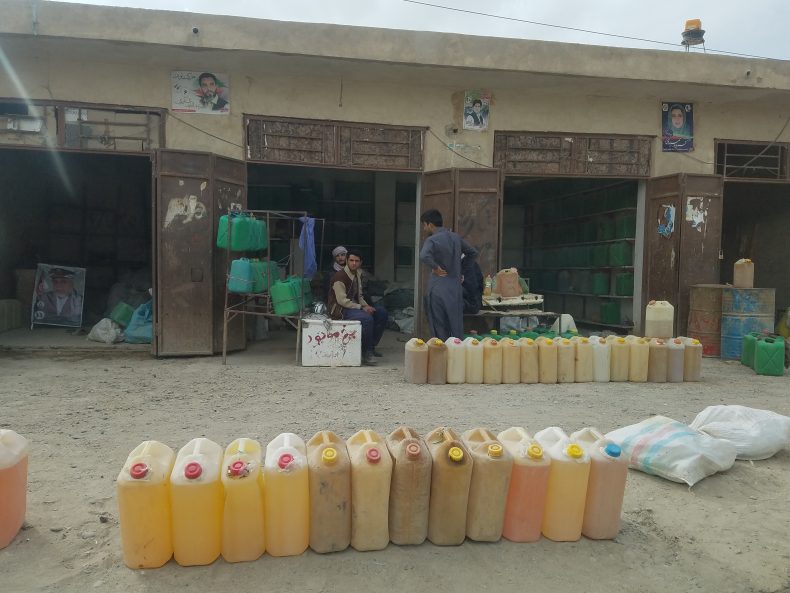 While the twinned problems of corruption and insecurity perdure throughout Afghanistan, Kabul should prioritize this crossing more than it has to date. It has the potential to transform this decrepit little outpost with few opportunities other than trucking and hocking smuggled fuel from Iran. If Afghanistan is to derive maximal benefit from this strategic border crossing, it will need to improve the Zaranj facilities while working with Iran to make life easier for those using the crossing. Presumably, both Afghanistan and Iran will benefit from the fruits of these efforts. India, which enjoys good relations with Iran and Afghanistan may be well positioned to help on all these fronts. If India can mitigate any of these myriad challenges, it will advance its own strategic interests in the region all the while continuing to provide the value-added projects that make ordinary Afghans’ lives all the more livable and which have endeared Indians to Afghans since 2002. With U.S. commitment to Afghanistan retrenching, the United States should welcome these efforts.

C. Christine Fair is a Provost’s Distinguished Associate Professor within Georgetown University’s Edmund A. Walsh School of Foreign Service and has authored the books Fighting to the End: The Pakistan Army’s Way of War (OUP, 2014) and In Their Own Words: Understanding Lashkar-e-Tayyaba (Hurst 2018). She Tweets at @CChristineFair

India has already shown that it is starting to carve out its own path in Asia. But it’s one that could create clashes with the United States.

Social media provides another front for battle between the Afghan government and the Taliban.

Saturday’s election may be critical, but Afghanistan isn’t about to become a stable state anytime soon.

Averting a Civil War in Afghanistan

The challenge: Incorporating the Taliban into the future of Afghanistan without sacrificing the rights of Afghans, especially women. Can it be done?