China’s economy is noticeably slowing, with the world’s second-largest economy recently posting its lowest pace of expansion since 1990. While “president for life” Xi Jinping has apparently ordered good performance for 2019, the 70th anniversary of the communist republic’s founding, Beijing faces the threat of increased U.S. tariffs, a slowing global economy, and domestic overheating amid warnings of a Japan-style deflationary downturn. 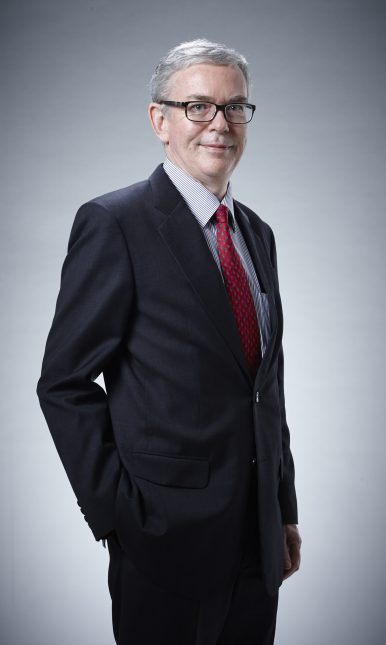 Pacific Money (PM): First, how are you seeing the outlook for the Chinese economy and stockmarket in 2019?

Mann: The Chinese economy has slowed but it’s not due to trade issues. Firstly, China started tightening monetary policy back in the second half of 2016, when they identified correctly that they were relying too much on credit for growth, and they had a big risk from shadow banking. At the same time, infrastructure spending surprised by slowing more than expected, so growth slowed.

Just recently consumption has slowed as well, which I would put down to two things — one, they cracked down on the boom in P2P [peer-to-peer lending] schemes which means some individuals lost money; and then there’s the confidence effects from the weakness in the sharemarket. If anything, the trade tensions increased GDP in 2018 by front-loading of exports.

So the obvious question is will things continue to slow? And yes, in the first half of 2019, net exports will detract from growth.

China is still concerned by a spiralling effect from a falling sharemarket that results in consumers and businesses reducing spending, which causes sharemarket weakness, etc. They’re trying hard to break this loop with lots of little measures — a cut in income tax rates; deductions for education expenses, for medical expenses etc.; there’s been cuts in tariffs; a cut in corporate social security rate; provinces have been told to go and spend money, etc., etc. So to date it is a multitude of small measures.

My judgment is to date they’ve probably done enough to halt the spiral down, and probably enough to offset most of the hole in the first half of 2019 from trade, but not enough to get growth back up to where it was in the first half of 2018. The Chinese authorities are watching the data closely and if it continues to weaken or even plateau then they’ll do more. They are committed to do enough to stabilize the economy at the appropriate rate of growth.

Related to this, how do you see the impact from the U.S.-China trade dispute?

The short-term impact has been on confidence, so the sharemarket has been negatively impacted. The Chinese government regards this as not really about trade, but more about industrial policy and the U.S. trying to keep China down.

China sees itself as regaining its spot as the largest economy in the world, and a key part of that is strength in the new industries, and that’s what “Made in China 2025” is all about, and they believe the U.S. is trying to knock them off their growth trajectory.

They’ve got this tricky path to readjust the domestic economy away from credit-led growth, so the timing of the trade tension is uncomfortable. Trying to change an economic model away from debt-led growth is always tricky.

They’ve been prepared to do a deal on trade, but not on the core of their industrial policy. The party believes in industrial policy and planning, and they see it as the key to China’s future, so they won’t compromise on these issues.

My guess is the non-negotiables from China’s point of view are around industrial policy, so they are prepared to buy even more U.S. goods in the hope they can buy some time. But don’t plan on a trade deal resolution being the end of the matter; plan on continuing tensions, particularly in the high tech arena, and just hope you’ve been too pessimistic.

An important issue is capex [capital expenditure]. New factories that would have been built in China may now not be built in China. For example, if Hon Hai builds a new factory to assemble iPhones, does it build it in China, Vietnam, Mexico, or the U.S.? I think a lot of capex that would have been in China will now be somewhere else. The low end, labor intensive industries were always going to move out of China to other parts of Southeast Asia, and this will now occur more quickly.

To what extent can the Chinese authorities prop up the economy with more monetary or fiscal stimulus given current debt levels? Is this a sustainable policy?

In the past, when things slowed down, China undertook massive infrastructure spending. To date they haven’t done that – it’s been personal income tax cuts, etc. I’ve seen no sign as yet they’ll go back to the old-fashioned full throttle ahead approach.

But if things get much worse, if the trade dispute goes to the next level and the sharemarket comes under pressure again, the Chinese authorities will clearly continue to implement further measures, and if the economy was weak enough they could well go back to their old ways.

This would mean a bigger budget deficit, and a resumption in the increase in the stock of debt. Government debt levels in China are not that large, but with an old-fashioned fiscal stimulus the real issue is the very low return on assets that are likely to be built.

The bears are saying that China has so much debt, there will be a crisis in the future. While there is a lot of debt, there have been a lot of assets built with that debt so the quality of those assets is an important consideration that is often ignored in the debate.

If there were an issue in the financial markets, it is important to recognise that Chinese policymakers are flexible and pragmatic. They are focused on the best long-term outcome. They don’t care about moral hazard… and as real crises in financial markets always come from liquidity, this will not be an issue in China.

The risk in China is that they go back to just spending money — the Japanese approach where you build the debt up, but the return on that spending is low.  I don’t think this is likely, but if growth were weak enough then I would not rule out a large old-fashioned stimulus. They still have control of the capital account, it’s domestic debt and people trust the government, which dramatically reduces the risk of a financial markets crisis.

China's economic data for April came in below expectations, in sharp contrast to rosy data from 2019's first quarter.

Trade frictions and a China slowdown could bring down growth for the rest of Asia.

Stocks Surge on US Decision to Postpone China Tariff Hike

Markets shot up as prospects for a U.S.-China trade deal grow.

As the trade war begins to bite, China’s government is looking to prop up growth for 2019.