HONG KONG — Despite fears that the polls might be postponed or cancelled, on November 24 Hong Kongers voted in district-level elections held for the first time since the latest wave of protests began over the summer. Over 1,000 candidates were in the running for 452 seats in the various district councils. Almost 2.9 million people voted before polls closed, boosting turnout to 71 percent, higher than the last election with only 1.4 million people voting. 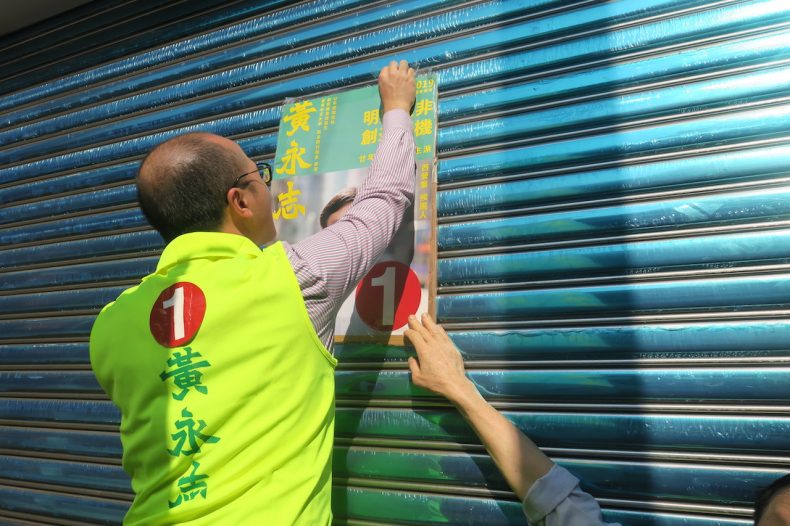 Meanwhile, pro-Beijing groups campaigned to keep their majority of seats and for more voter support for the Hong Kong police after the recent clashes with pro-democracy protesters.

Over the past few months, pro-democracy legislators and government officials have been targeted, along with the preemptive blocking of pro-democracy candidates such as Joshua Wong.

Violence also marred the lead-up to the polls. Pro-Beijing lawmaker Junius Ho was stabbed in early November by a man posing as a protester. Prior to that, Jimmy Sham, a leader for the Civil Rights Front, was attacked on two occasions and is running in the elections for the first time. 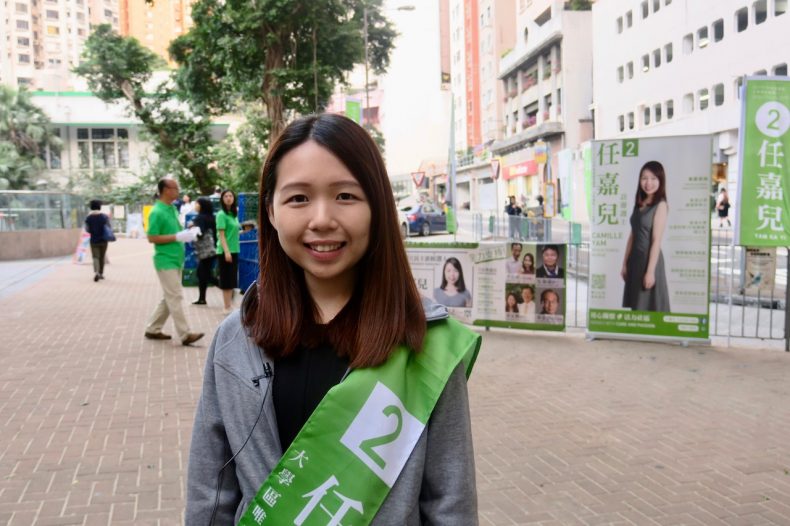 Given the context for Sunday’s polls, the elections transcended the local concerns that typically loom large in district-level politics. The Diplomat spoke with Camille Yam Ka Yi, a nurse and an independent democrat in the University Constituency, a day before the elections. “I think this election is very important because we need to fight for more seats. We all want people to show the government what we are thinking and whether the situation gets better or worse really depends on the government’s decision and we hope the government will do the right thing,” Yi said. She also hoped that the international community would pay closer attention to the events happening in Hong Kong.

Printed on the front of her election flyer she made the following promises for her tenure:

1. Make good use of public funds along with other democratic district councilors.
2. Listen to the needs of residents and bring their voices to the district council.
3. Share professional medical knowledge, focus on the demands of the mental and physical health of residents, especially the elderly.
4. Regularly report on the progress and development of the district.

The back of her flyer, though, spoke more to the larger issues at stake:

“To make a change, every vote counts!”
“No more voting robot!”
“No more pro-establishment monopoly in council!”

“In the future, I hope that both the pro-democracy side and the pro-Beijing side can really stick together and really discuss how Hong Kong can critically solve its differences. If we just separate into two groups and never talk to each other then I think the situation will just be the way it is now. It’s going to take at least a few years; opinions are quite extreme at the moment. The pro-government side is described as blue and the pro-democracy side is described as yellow and I think there is no more a middle side,” said Yi. She added that while campaigning  pro-Beijing groups ruined her banners and shouted insults at her. 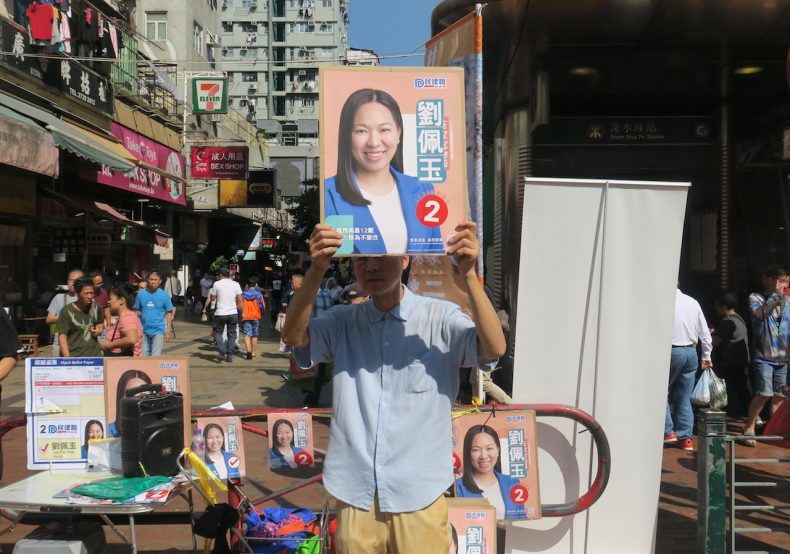 An elderly volunteer holding up a placard in Sham Shui Po. Photo by Hugh Bohane.

The Diplomat approached campaign members from the pro-Beijing group but no one was available to give their views at the time.

The pro-Beijing camp had been hoping for Hong Kong’s society to send an unambiguous signal that they are fed up with the radical wing of the protesters. The opposite occurred. In the end, the pro-democracy camp won more than half of the available seats, collecting 347 out of 452 seats. Of the rest, just 60 went to pro-establishment candidates and independents won 45. This was a landslide, especially because pro-democrats are handicapped in so many well-understood ways. A simple-majority would already have been considered a miracle half a year ago.

Yi believed that even if there wasn’t a good result in the election her group would keep fighting for democracy. Now they won’t have to test that theory. There is hope that the doves within the government can get an upper hand over the hawks — one could expect to see some real concessions from the government, and also more restraint in their behavior in the future (for example, less pre-emptive blocking of pro-democracy candidates).

The results should pave the way for the election committee to choose a new chief executive, pro-democrats argue. But others note that Carrie Lam successfully created the illusion that Hong Kong is a safe and free city where citizens enjoy political freedoms, such as the right to vote and be nominated accordingly. She could use the election to divert people’s attention away from the issues that sparked months of protests in the city. 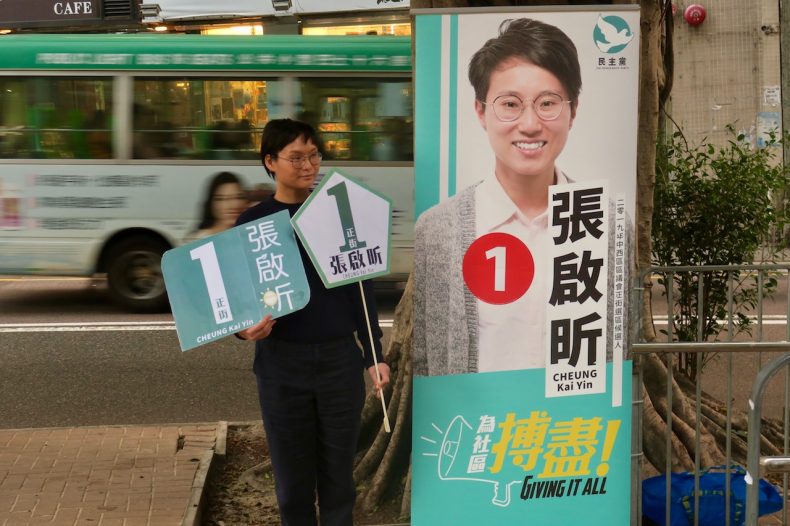 The district elections will only have a small impact in terms of policymaking. They are not as crucial as the Legislative Council elections. Democrats fear that, after this landslide victory, people will forget the sacrifices made along the way and frontline protesters will become increasingly isolated. The pro-democracy camp will still have a long battle ahead to ensure their demands are truly met.

The Diplomat contacted Emily Lau, a former member of the Hong Kong Legislative Council and recent winner of the John McCain Prize for Leadership in Public Service, in order to get her reaction to the results. “The people have spoken loudly and clearly. The message to Beijing and the Carrie Lam administration should be clear. Respect the people’s wishes and respond to public demands.”

Hugh Bohane is a freelance journalist who has covered Asia for over 10 years. He has contributed to The Diplomat, ABC, Euronews, The New Internationalist and other esteemed press.

The huge triumph of the pro-democracy bloc in the District Council election will not bring democracy to Hong Kong immediately.

District-level elections may boost the city’s embattled government rather than undermining it.

Junius Ho is the latest to fall victim to politically-motivated violence in Hong Kong.