On January 6, over a hundred people gathered in a small compound in Babu Muhalla in Zhob town in the Pakistani province of Balochistan, located 50 kilometers away from the Afghan border. The stage was set for the guests of the ceremony and policemen were standing alert on nearby rooftops to provide security.

During the ceremony, Maulana Allah Dad Kakar, prayer leader of the main mosque in Zhob, handed over the keys of the building – outside which the ceremony was taking place – to the leaders of the town’s Hindu community. This building was a Hindu temple, now being handed over to the Hindu community after a 72-year hiatus, dating back to when the Indian subcontinent was partitioned in 1947.

Zhob is a historical town located 300 kilometers northwest of Quetta city, the capital of Balochistan province. Known as Fort Sandeman during the British Raj, Zhob was home to many Hindus. Many of them migrated to India during the turbulent partition of the Indian subcontinent in 1947, but some of the Hindus families chose to continue living in Zhob. However, the main temple of Hindus, which is 200 years old, was closed down and its building was taken over at the time of partition. This temple was converted into a school 35 years ago. Meanwhile, the Hindus of Zhob established a makeshift prayer place in a mud building, which could collapse anytime.

Last week, this town made a spectacle of inter-faith harmony, where the otherwise conservative Muslims clerics agreed to handover to the Hindu community the temple that had been taken away from them in 1947. Meanwhile, the school that was operating in the temple has been shifted to another location in the town. 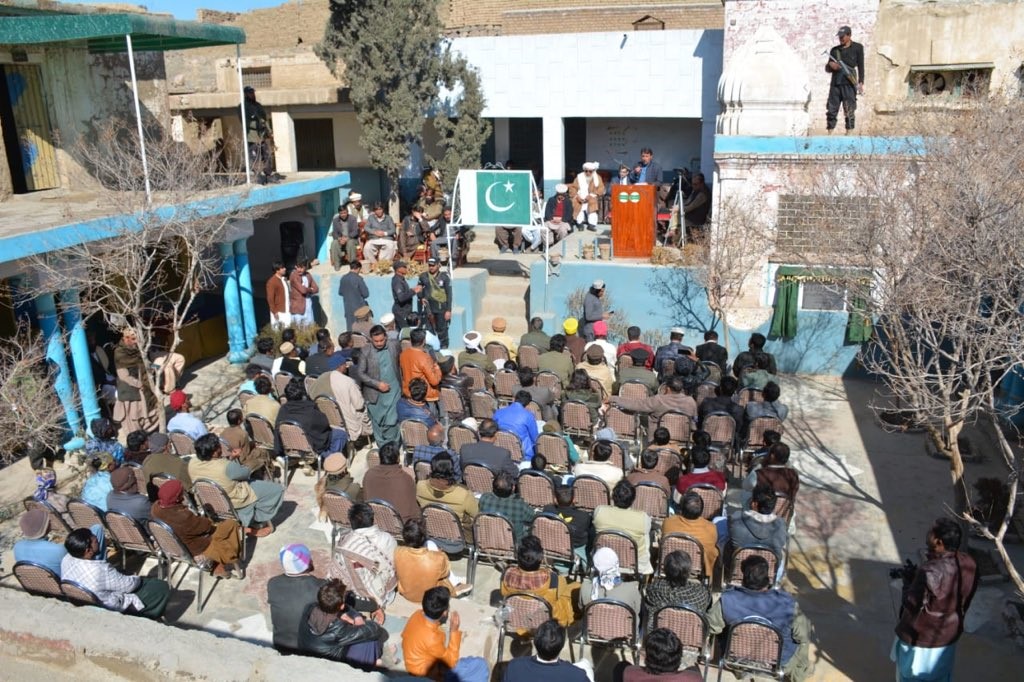 Taha Saleem, the deputy commissioner (DC) of Zhob, apologized to the Hindu community during the ceremony for the over 70-year delay in handing over the temple.

Saleem Jan, chairman of Hindu Balmik Brotherhood Zhob, said that around 60 Hindu families still live in Zhob. “Our ancestors settled in Zhob before the partition of the Indian subcontinent and chose to stay here after partition,” he told The Diplomat.

As soon as this ceremony concluded, this unique event made headlines. The handing over of the Hindu temple was covered in Pakistani as well as international media. This development received massive media coverage due to the unique occurrence of an event where religious minorities in Pakistan get some form of relief. Even the newspapers in neighboring India covered this event favorably.

This development was unique because Pakistan has been criticized in the past for the mistreatment of religious minorities. Pakistan’s population is 96 percent Muslim, and Hindus only make up 1.6 percent of the country. Still, Pakistan does not have a satisfactory track record of religious freedom. According to the United States Commission on International Religious Freedom (USCIFR) Report 2018, Pakistan was placed in Tier-1, denoting “countries of particular concern,” along with Russia and Saudi Arabia. Recently, the number of Hindu citizens of Pakistan migrating to India has also increased. In 2018, over 12,000 Pakistani Hindus got long-term visas in India, three times more than the visa numbers of 2017.

Maulana Sarwar Khan, chief of the Zhob chapter of the religious conservative JUI-F political party, told The Diplomat that protection of rights of minorities is part of their manifesto. That’s why they supported handing over the temple to the Hindu community, he said. “Islam allows non-Muslims to practice their religion, so how can we stop them from doing it?” Khan questioned. He made it clear that this temple belonged to the Hindu community and “thus we agreed to hand it over to them.”

The handing over of the temple in Zhob not only sets a very good precedent, but it also helps in changing the image of Pakistan as a place hostile to its Hindu citizens. Notably, this handover took place in Balochistan province, which has been known for its tolerance toward minorities historically.

However, Saleem Jan complained that so far the Hindu community has only got the building of temple. Religious practices could not be started inside right away because the temple is in poor shape. “We appeal for the government to restore the temple quickly so that we can resume our religious worship in it,” he added.

Adnan Aamir is a journalist and researcher based in Pakistan. He is editor of Balochistan Voices online publication. He also covers Belt and Road projects in South Asia for multiple publications. He tweets at @iAdnanAamir.

Pakistan’s Social Media Is Overflowing With Hate Speech Against Ahmadis

Women are especially vulnerable to online harassment and defamation, despite laws in place to protect against such crimes.

While Pakistanis were united in their outrage over abuses by Israel, few spare a word for the systemic oppression closer to home.

Pakistan’s Shias Face Double Threat: Extremists and Their Own Government

By Jaffer A. Mirza

With their safety at stake, Pakistan’s beleaguered Shia community is seeking justice from the country’s founder.