In response to growing fears amid the spread of a novel strain of coronavirus, Mongolia shut down its borders to China and closed all schools and public gatherings until March 2. There are currently no confirmed cases of coronavirus in Mongolia, but the government has taken stringent measures to prevent the spread of disease.

The Mongolian News Agency reported that a charter flight through Mongolia’s national air carrier, MIAT, transported 31 Mongolian nationals from Wuhan, the epicenter of the outbreak, to Ulaanbaatar (UB) on Saturday, February 1. Passengers and crew will be held in quarantine for two weeks, although reports indicate all evacuated Mongolian nationals tested negative for coronavirus.

According to a Mongolian government news source, as of February 4 a resident of Darkhan-Uul Province who returned from Taiwan via South Korea on January 30 has been held in isolation after showing signs of a fever. Two more suspected cases are being investigated after arriving on a flight to Ulaanbaatar through Seoul. On February 5, the State Emergency Commission held a meeting to clear out a hospital in UB for use as a quarantine center for future coronavirus victims, and temporary quarantine facilities at Chinese border checkpoints are being built for incoming Mongolian nationals.

Since the border closure, more than 6,000 Mongolians have crossed into Mongolia from China as of February 4. As of February 6, Mongolian citizens are only able to enter Mongolia through Buyant-Ukhaa (Ulaanbaatar Airport) and Zam-Uud on the eastern Mongolia-China border. Prior to the border quarantine, immigration officers at the Gashuunsaikhait border checkpoint in Umnugobi worked alongside the State Emergency Commission Province to supervise the entrance of 2,615 Mongolian nationals, 36 Chinese citizens, and 1,432 vehicles in accordance with the quarantine between January 28 and February 5.

A statement released by the Embassy of Mongolia in the U.K. confirms that Mongolian nationals will be prohibited from traveling to China until March 2, except on official business; however, restrictions will not be applied to truck drivers in order to maintain the flow of goods and products between the two countries.

Mongolian journalist Anand Tumurtogoo said that while Mongolian citizens “can still travel to China if [they] have official business, mostly people who bring in small goods from China are … hurt the most.” Over 90 percent of Mongolian products are shipped to or through China. Depending on how long the situation lasts, shutting down the border with China could cause a severe shortage in goods, particularly if the informal economy is shuttered.

A new task force run under the minister of health has been created to stop the spread of coronavirus in Mongolia. The taskforce will collect and transfer information on new coronavirus infections to the National Security Council and the State Emergency Services Office. International organizations are also rushing to preemptively address health concerns.

The head of People in Need Mongolia, Tim Jenkins, reported that “When the coronavirus hit, we … shifted our aim a bit. The problem in Mongolia is that people believe masks are the main barrier to prevent the virus, so we’re going to have a hygiene project whereby we give soap, toothpaste, masks, water, etc. to vulnerable households.” Many international organizations in Mongolia, including People in Need, Breathe Mongolia, and the Red Cross lead campaigns to provide Mongolians with masks to prevent against air pollution, but are concerned that people are prioritizing masks over other basic hygiene practices in response to the coronavirus outbreak.

“Even when you go to facilities with ‘international standards’ the soap dispenser is empty. You’ll see people just rinse their hands with water,” Jenkins said. “There’s very little awareness on the importance of regular handwashing during influenza season.”

In Ulaanbaatar, many parents have been sending their children out to the countryside because they don’t have school, likely in an effort to save on childcare costs as much as to protect their children from potential exposure to coronavirus. In order to reduce the educational gap, primary schools have been broadcasting lessons through televisions throughout the country, while most universities remained closed.

Tsagana Norov, a teacher at Khovd State University in western Mongolia, reported that the university began teaching online curricula in order to lessen the educational impact caused by the extended break, but admitted that “not all the students are involved… even the ones in the city are not responding as they don’t have internet access available.” 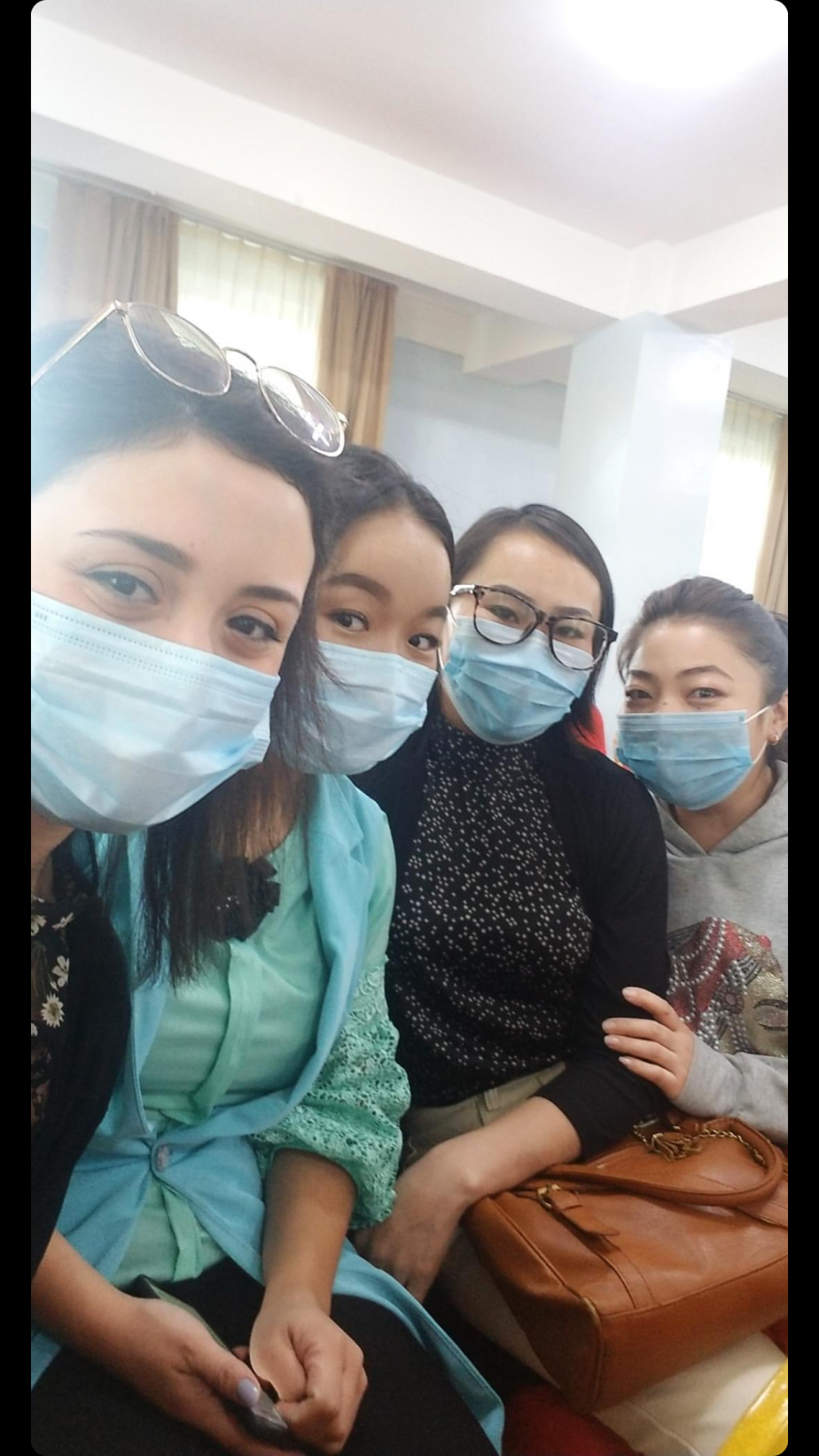 Siera Hanks, an American expat living in UB, mentioned that more people are wearing masks, and as in many countries, masks are completely sold out. In terms of public reaction, Hanks said, “It’s … spooky. The movies are shut down and all public events. Everyone is wearing masks… a weird climate for sure. Stuff is mostly pretty empty. [The government] sent around the police with respirators to inspect restaurants.”

Most businesses are functioning as usual, but nightclubs have been closing earlier.

Journalist Anand’s biggest concerns are misinformation and mass hysteria. “I have friends who have shut themselves out, and have stockpiled on food and other goods. I did that too. There was a fake photo circulating around [social media] that all the store shelves went empty. And in response people actually cleaned out some stores.” Posts on Mongolian Facebook and Twitter pages have propagated wild rumors about the nature of the coronavirus in Mongolia, including the idea that Mongolians are immune to the effects of the disease.

There has also been an increase in anti-Chinese sentiments and posts, as in many other countries. Indeed, there has been a notable uptick in xenophobia in Mongolia. Most recently, a football team from Taiwan was forbidden entry to Mongolia, as part of the ban on foreign visitors from “Chinese areas,” including China, Macau, Hong Kong, and Taiwan. In addition, Anand reported that on Tuesday, January 28, a “neonazi group went to the train station to not let in Chinese nationals to the country.”

The Mongolian Lunar New Year, Tsagaan Tsar, is to be held February 24-26, but is likely to be a quieter affair than usual due to concerns over coronavirus. For now, an air of uncertainty hangs over the country. While Mongolia seems relatively insulated from coronavirus thus far, the economic and social impacts could have much larger ramifications over the next year.

Monica Weller is a Policy Research Fellow of the Reischauer Center at the Johns Hopkins School of Advanced International Studies (SAIS). Weller previously participated in the Fulbright U.S. Student Program in Mongolia.