This article is part 1 in a two-part series.

In 2013, amid celebrations over reaching investment grade status for the Philippines under the Aquino administration, I wrote an article questioning whether and to what extent it really mattered for inclusive growth and development in the Philippines. I was roundly critiqued by administration supporters (notably Joe America, the anonymous social commentator), who among others chastised me for not knowing how to celebrate a reform accomplishment.

For the record, I believe reaching investment grade was clearly a major accomplishment for the country — a victory that took almost three decades to reach as the Philippines slowly recovered from the economic basket case and “sick-man-of-Asia” reputation left behind by the Marcos regime, which finally imploded in 1986.

Investment grade was expected to generate several main benefits for the Philippines. It would lower the risk premium, i.e. the additional interest charged by lenders due to weak economic fundamentals and political risk. And it would boost domestic and foreign investments, by effectively lowering the cost of financing these investments. The risk premium indeed diminished, from around 5.5 percent in 2013 to 2.5 percent by 2018. And this has helped bolster the country’s growth prospects. But has this also triggered more inclusive development, as most thought it would also do?

Seven years ago, I examined three main areas to arrive at an answer: 1) Did achieving investment grade status improve lending to small and medium-sized enterprises (SMEs), which account for over 90 percent of Philippine firms and over 60 percent of employment in the country? 2) Did it boost net FDI inflows, and help improve job-creation, export-market penetration, and technological catch-up? 3) Were credit rating upgrades concurrent with dramatic improvements in other key indicators such as the ease of doing business (EODB) of entrepreneurs and the general economic competitiveness landscape for the country?

On the first two fronts, the evidence in 2013 suggested that investment grade mattered less for the vast majority of Filipinos. Put simply, investment grade alone could do little to promote shared prosperity and inclusive development, unless it was part of a bigger game plan to connect more sectors and groups to the country’s main growth engines. Nevertheless, the credit upgrade was good for growth, as it helped to unleash both consumption and investments in the private sector. Today, the updated evidence suggests little if any change in this general assessment. And yet the new target by government is more of the same: an “A” credit rating.

Improving the country’s credit rating is anchored around a very narrow basket of mostly macroeconomic reforms focused on ensuring robust growth, e.g. increasing tax revenues, improving debt sustainability, and managing inflation. While these are of course critical for sustaining economic growth, the basis for that growth turns out to be shallow and skewed, if other key reforms are overlooked. I argued then — as I do again in this article, and in part 2 to come — that a fixation on achieving an A-rating unduly narrows our policy reform focus. And at this point, it also distracts us from reforms much more critical for shared prosperity in the country. On top of this, an A-rating cannot paper over some self-inflicted wounds in recent years.

It seems very little has changed since 2013 as far as broader and deeper access to finance is concerned. Turning to data from 2014-2018, it is clear that lending to the agricultural sector (Figure 1) and SMEs (Figure 2) have both remained anemic, and well below what is required by the Agri-Agra Law and the Magna Carta for SMEs, despite the historically low interest rates in the Philippines in recent years. 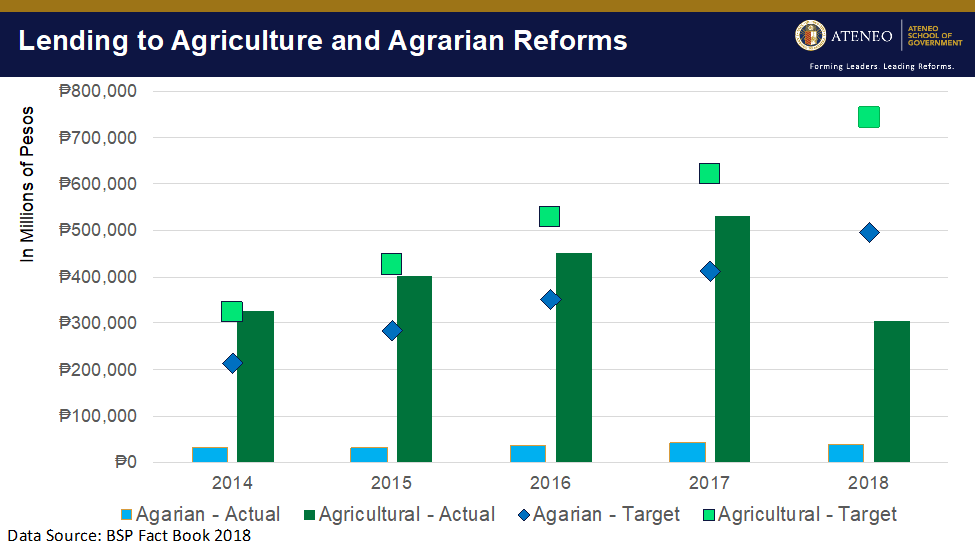 Figure 1 shows that Agri-Agra Law lending targets for agriculture and agrarian reform have not been met.

The Philippine Institute for Development Studies (PIDS) found a meager 9 percent share of the total bank loan portfolio going to SMEs in late 2010. Today — a full decade later — the picture has barely changed. The Bangko Sentral reports that SMEs account for a miserly 9.2 percent of total loans, despite accounting for over 60 percent of employment in the country. Meanwhile, the benign credit environment has spurred strong investments and expansion by some of the country’s largest firms, fueling expansion at home and abroad: SM is now in China, Jollibee in North America and many other countries, and the largest rum maker in the world is Filipino-owned. While these developments signal strength for the country — and clearly, more wealth being created — they are not yet as inclusive in impact as one would hope. 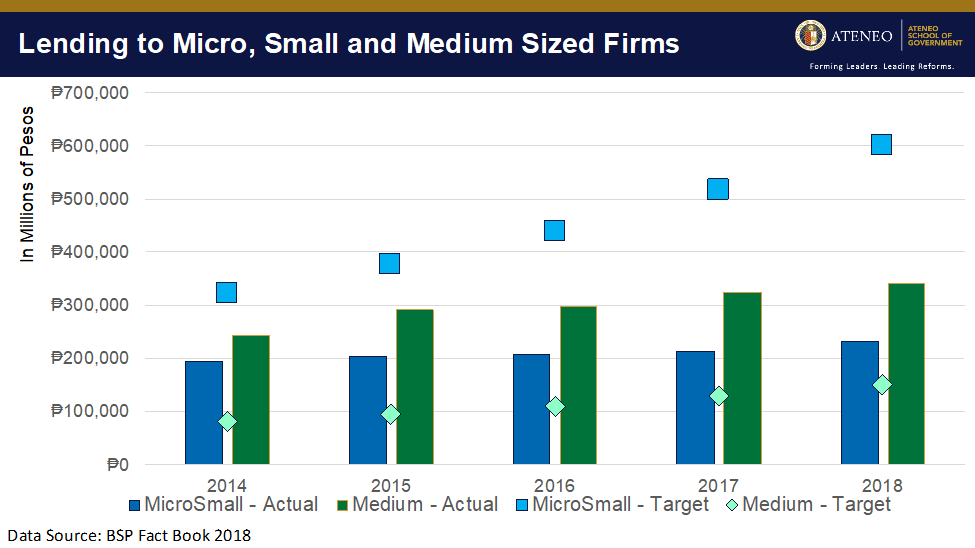 Figure 2 shows that lending targets are being met for medium-sized firms, but not for micro- and small-sized firms.

Several key government agencies — notably the Department of Trade and Industry and the Bangko Sentral — have embarked on a number of reforms to improve investments in SMEs and the agricultural sector, from one-stop-shops for access to services to various targeted lending programs. Yet it is not clear whether these initiatives are able to “move the needle” on boosting investments in SMEs and the agricultural sector. In fact, access to finance is only one of several key constraints they face.

Another expected boon from improved risk ratings is the increase in net FDI. Unfortunately, several indicators expose growing weakness in this area — and some of the factors behind them could be self-inflicted. Recent trends in approved investment pledges from the Philippines’ top investment partners show very anemic results in 2018 and 2019, compared to previous years (Figure 3). And more specifically, approved investment pledges reported by the Philippine Export Zone Authority (PEZA) show an even more dramatic decline during the period from 2015 to early 2019 (Figure 4). PEZA handles much of the country’s export-oriented manufacturing and services trade. 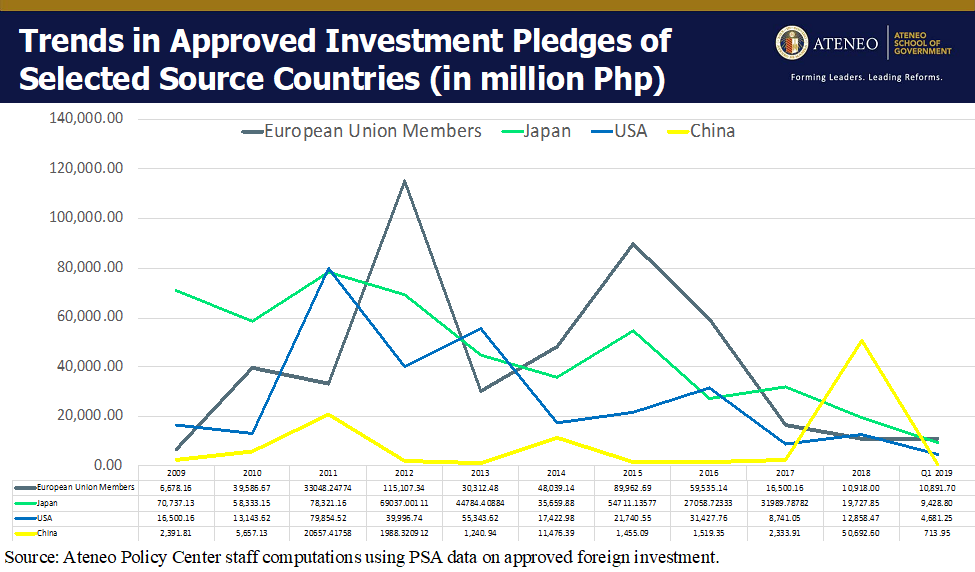 Figure 3: PEZA investment pledges have plummeted since the peak in 2015. 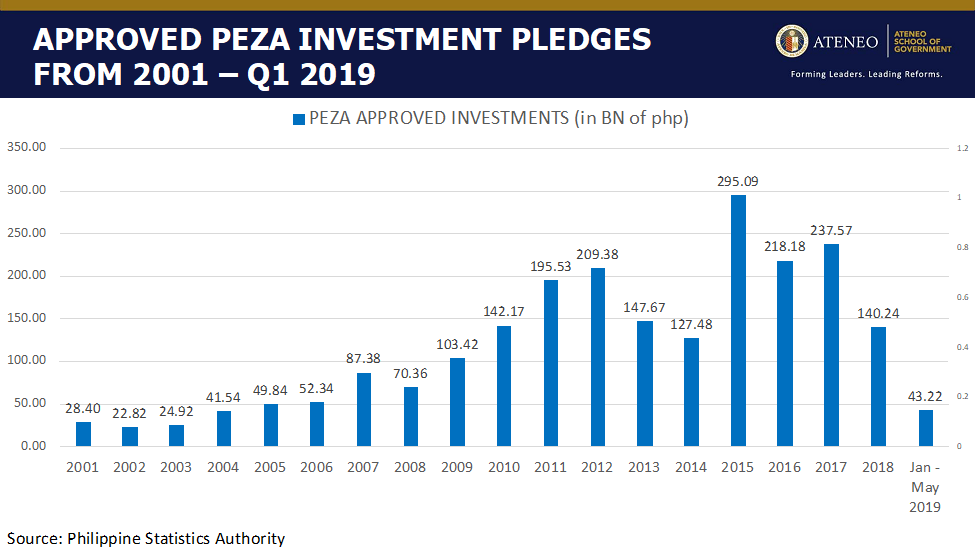 Figure 4: PEZA investment pledges have plummeted since the peak in 2015.

As I will elaborate in a follow-up article, ease of doing business and corruption often diminish the viability of the business environment, in turn making access to finance a moot issue. On both fronts, the Philippines appears to be sliding. In addition, self-inflicted wounds appear to throw greater uncertainty around the rule of law and sanctity of contracts in the Philippines — and these could be undoing any positive gains from improved credit ratings. The most recent threats to the rule of law include the naked politicization of government contracts and franchises, which may have already shaken investor confidence — yet these were preceded continued allegations of human rights abuses, which could also impact the economy, according to the latest research.

Interestingly (but not surprisingly) credit raters are talking about possible improvements in the country’s ratings despite these clear governance risks. Obviously, the ratings are narrow and shallow in their focus — just like the development impact of the improved ratings so far.

Ronald U. Mendoza, Ph.D., is Dean and Professor of Economics at the Ateneo School of Government, Ateneo de Manila University, the Philippines.

Serious concerns about corruption, ease of doing business, and political interference scare foreign investors away regardless of credit rating scores.

The move is an attempt to balance the interests of Filipino farmers and consumers.

An Argentine Company’s Journey to Investing in the Philippines

Farmesa is one of the rare South American companies with a presence in Southeast Asia. What drove the firm to cross the Pacific Ocean and what hurdles did it face?

The US Should Ban China’s State Media From Social Platforms

India vs. China in Latin America: Competing Actors or in Separate Leagues?

China’s presence in the region is on another level from India’s, yet New Delhi remains an important partner for Latin America.