In Myanmar, the hopes of ethnic groups for a better future remain overshadowed by conflicts that have smoldered for decades. In the upcoming parliamentary elections, the National League for Democracy (NLD) and its leader, Aung San Suu Kyi, may pay the price for the failures to deliver on their democratic promises.

Ten years ago, Maung’s family faced a difficult choice. On one chilly morning, the rebels of the Shan ethnic group demanded that one of their sons join the ranks of the insurgent group.

“My family relieved me by paying money,” recalls Maung, who back then dwelt in the hills of the remote Mong Hsu in Shan state. The town is famous for its ruby crystals, with a distinctive deep violet core and a red rim.

For decades, the Shan State Army (SSA) has been fighting for independence from Myanmar, and exerting control over the mining areas is only one of the facets of the conflict. In the past 10 years, a ceasefire was achieved with many of the ethnic armed groups across the country. Notwithstanding this, the largest rebel groups do not trust the Myanmar government, blaming it for stopping humanitarian aid convoys and a lack of protection of the rights of civilians.

In addition to the SSA, fighting is continued by the Arakan Army (based in Rakhine state, where the Rohingya crisis has played out), and the Kachin Army from the resource-rich northern Kachin state, where on July 2 almost 200 people died in a jade mine landslide.

According to UN, about 241,000 displaced people remain in camps across Myanmar after fleeing violence. 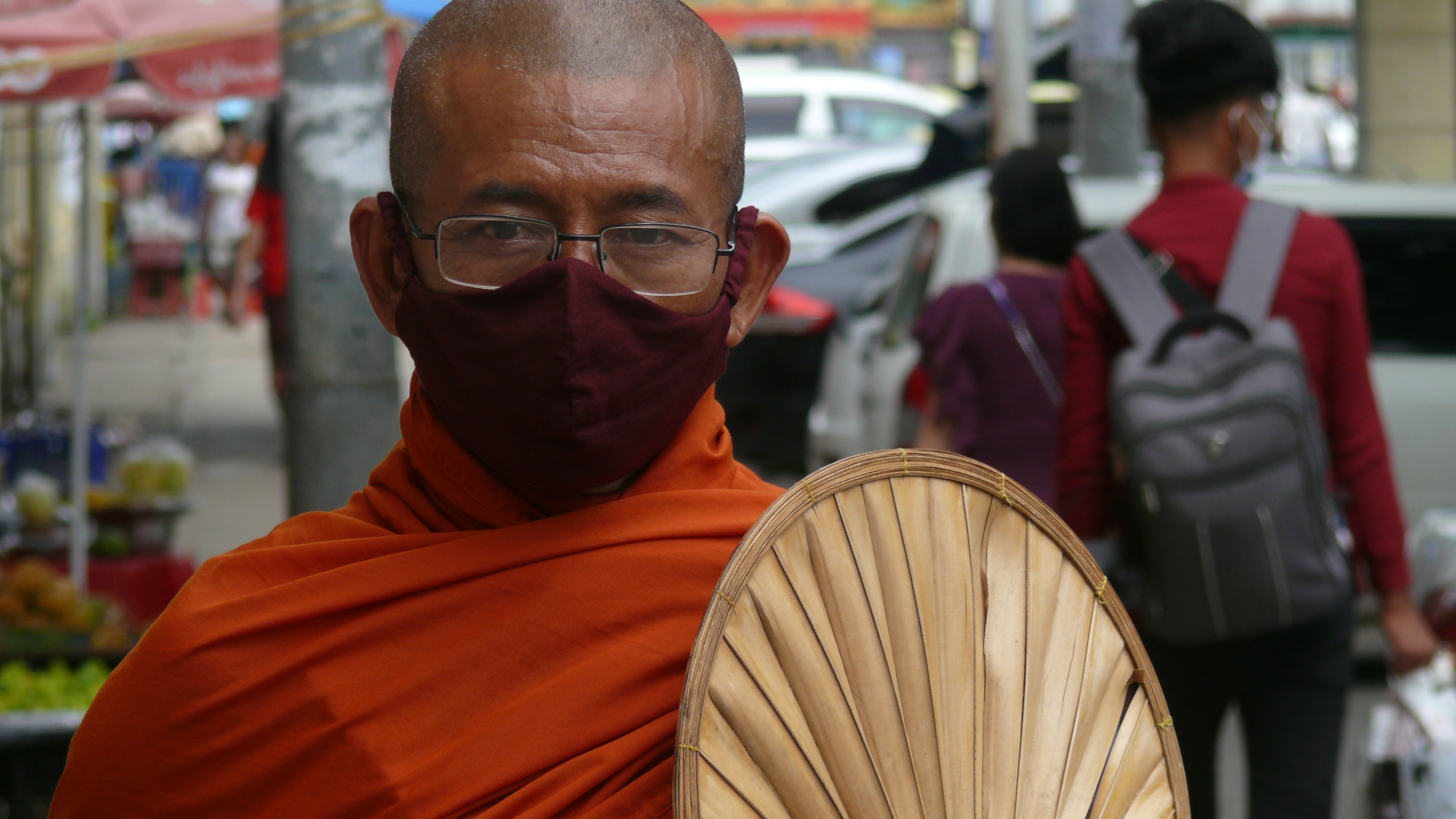 Buddhism is closely affiliated with Bamar, Rakhine, and Shan ethnic identities, but that hasn’t halted conflict. Photo by Robert Bociaga.

Maung left his hometown for Yangon, Myanmar’s largest city, to repay the debt his family had incurred, and to avoid being subjected to the conflict again in the future.

Then a message struck him like lightning. “For several months, my mother kept secret that father had been sentenced for drug trafficking,” he shares. “We were surprised to learn that he was involved in this.”

Myanmar is the world’s second-largest opium poppy grower, with Shan state at the heart of opium activities that drive the overwhelming majority of the cultivation. This sector is fueled by poverty and lack of development resulting from the civil war. Admittedly, for many people, selling opium has been the only way to survive. The ethnic armies and the Myanmar military (Tatmadaw) have also been accused of engaging in the illicit trade.

But in recent years, the Myanmar’s government has stepped up to curb this deadly industry. The United Nations Office on Drugs and Crime reports that opium cultivation is declining year by year.

Maung’s family was shocked to learn that the old method of getting things done — bribing the officials in charge — did not work this time. “We paid circa $1,500 to the jail board, but after some weeks, we heard back that it is not possible to get him out,” describes Maung.

The way Myanmar is transforming from dictatorship into democracy can confuse its citizens. Corruption has always been endemic in both the public and private sectors. As a result, one may argue that it is not realistic to expect any government to eradicate the deep-rooted systemic corruption and to create the rule of law immediately.

“My father submitted applications many times in order to be transferred to a prison where conditions were more acceptable and where someone spoke Shan language,” Maung adds. “I was visiting him every month in Pathein Prison.”

Maung’s father remained imprisoned for nine years years. Then, in April 2020, he was shortlisted for release. The country’s president set him and hundreds of others free in the biggest amnesty in years – but out of health concerns, rather than a change of heart on rights issues.

In a public statement, President Win Myint explained that his decision about the amnesty resulted from the fears that COVID-19 could spread easily in environments like prisons.

“And suddenly, he was out so I brought him to Yangon. He, however, preferred to be sent to our hometown in Shan State, which meant additional bureaucracy due to the pandemic,” Maung recounts. At that time, travel between the states was forbidden in general, while Myanmar’s lockdown was rather flexible, with suspiciously low detection of infection cases.

Hans Anand Beck, the World Bank’s lead economist for Myanmar, shared in an interview with The Diplomat that ensuring support for the poorest without discrimination is one of the challenges of implementing an economic relief plan amid the COVID-19 pandemic. And indeed, ethnic minorities have reasons to be afraid of mistreatment.

Recently, Maung’s mother migrated to Thailand for work, leaving their land and their house behind. Unfortunately, this has posed an opportunity for the Myanmar government to confiscate their estate. A new land law enables dispossessing people if they do not occupy the land anymore.

Jason Gelbort, an international lawyer, told The Diplomat that “the amendments to the major land laws, passed by the NLD government, have put people at risk of losing their own land.” He added, “This also harms prospects for peace and causes new conflicts.”

Civil society organizations have appealed for suspension of the Vacant, Fallow and Virgin Land Law, accusing the government of taking advantage of the plight of internally displaced people, especially ethnic minority groups, to seize their land. With the content of the law remaining unknown to broad masses of people, many farmers have reportedly been convicted for unknowingly trespassing on their own properties.

The loss of land aggravates the impoverishment of ethnic groups and deepens their dissatisfaction with the NLD. In 2015, Aung San Suu Kyi mobilized ethnic minorities to vote for her party, committing to solve their issues.

Amnesty International recently reminded the NLD that ethnic people have played an integral role in much of the political opposition against the military government.

Maung, from his new home in Yangon, engages himself in the fight for equality with an international NGO. When his organization faces obstacles regarding public gatherings on the streets of Yangon, this does not discourage him from acting.

Five years ago, he voted for NLD but today he is dissatisfied with what the party achieved. “We are sliding back into the authoritarian past,” he sums up. With an election set for November 8, such attitudes could come back to haunt Aung San Suu Kyi and her party. 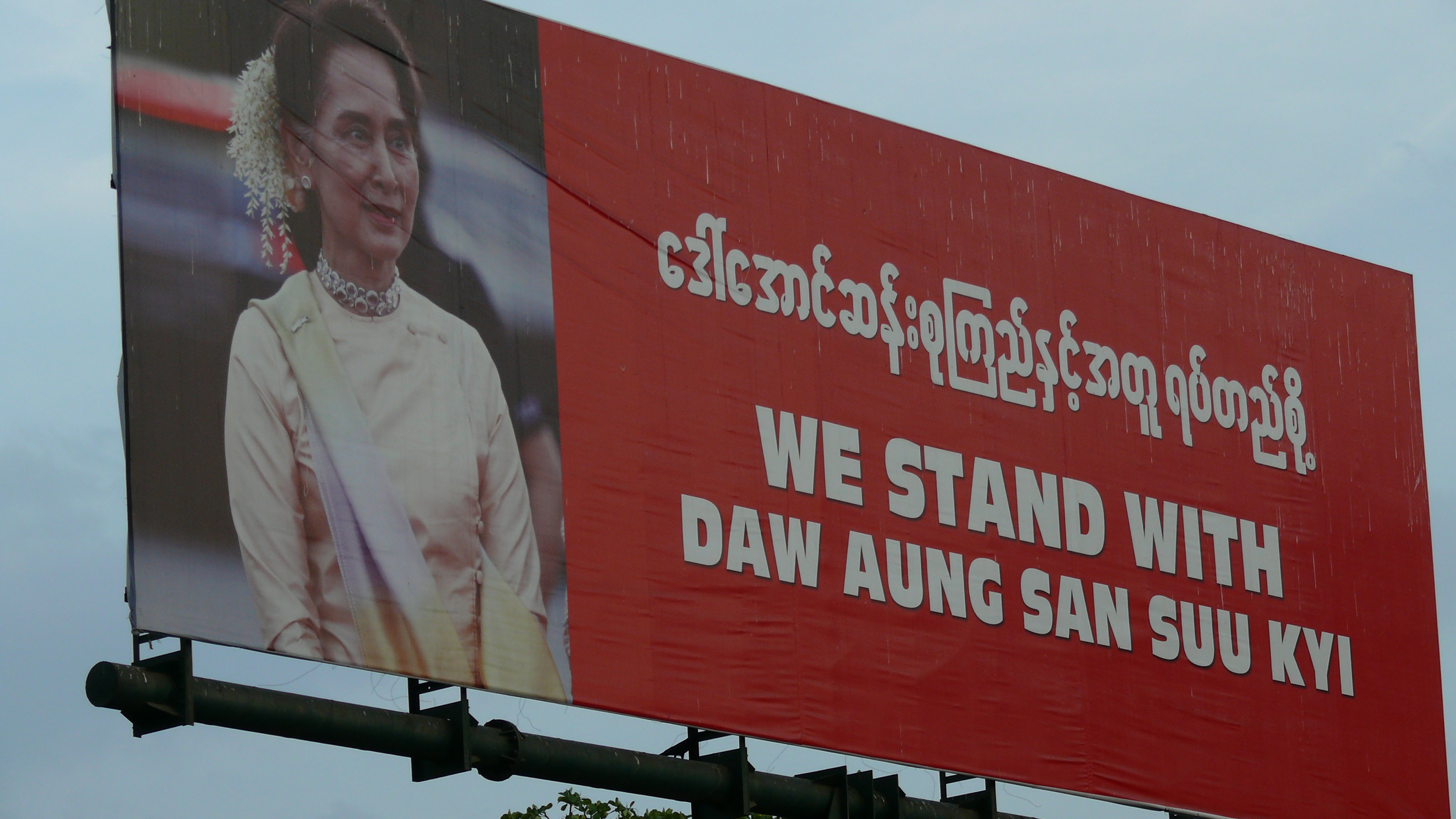 Ye Myint Win, from Fortify Rights, echoes Maung’s views. He suggests that at this point, ethnic political parties are uniting against the NLD and military. “NLD can’t win like 2015 in this year’s election,” he adds. “People are losing their hope in NLD administration,”

When asked about the government’s stance on human rights, Ye Myint Win says that NLD doesn’t have concrete principles and values regarding the country’s democratic development and enforcing human rights.

“Under the NLD administration, I have seen the increasing numbers of human rights violations and other abuses perpetrated by the military with full impunity,” he comments.

While failures to reform the country can be considered by many to be at the disadvantage of NLD, in a more cynical reading, it might actually be to the party’s advantage. Ironically, it helps to convince the people that there are still influential dark forces (read: the military) that deter the party from reforming the country.

Robert Bociaga is a traveling photojournalist specializing in international affairs. Based in Southeast Asia, he focuses on economic and social issues around culture change, urbanization, political marginalization, poverty, religion, and destruction of nature. He holds a master’s degree in law.

The peace process was already at a crossroads before the coup. With the Tatmadaw now in charge, what comes next?

The tangled history of Shan State reveals the broken promises of a federal, truly democratic Myanmar.

Why is Beijing providing funds for ethnic armed groups to join a government-backed peace conference?

What are the chances for a liberated Myanmar with more autonomy for ethnic groups?

Can Anwar Ibrahim Bring Stability Back to Malaysian Politics?

While the November 19 election resulted in a victory for his multi-ethnic Pakatan Harapan bloc, the forces of conservative Malay nationalism have perhaps never been stronger.