This is the first of a two-part series on a plan to relocate populations from the Sundarbans in the Bay of Bengal, the world’s largest mangrove delta.

“I have seen four storms before this one in which everything was destroyed… even if we are sitting at home we can get blown away. But this is where I was born, and this is where I will die.” These are the words of Bimla Sarkar,* a woman in her 50s and a resident of the Sundarbans, spoken in the aftermath of Cyclone Amphan which made landfall on the May 20 destroying Sarkar’s mud hut hugging the river’s edge. The cyclone destroyed large parts of India’s and Bangladesh’s coastlines with flooding and tidal surges.

The Sundarbans is the world’s largest mangrove delta. 7.7 million people live there, 2.7 million in Bangladesh and 5 million in India. As the seas rise and the tides swell in the Sundarbans, houses are raised higher above the ground, the embankments grow a few inches taller, and all the while construction lobbies who build these embankments pocket even deeper profits in this region. Nonetheless, the embankment breaches continue unabated, as happened during Amphan. Climatological simulations predict that the frequency of extreme events like super cyclones and tidal surges will continue to increase in the Bay of Bengal. As the number of cyclonic storms increases, tidal surges will flood homes, make fields salty, and wash away villages. The Sundarbans is not unique: large swathes of the global population live along such low-lying coasts from New York to Sagar Island in India’s West Bengal state. Policymakers and scientists are busy devising climate-adaptation strategies and testing them in the Sundarbans while preparing the Bengal delta for a climate secure future. 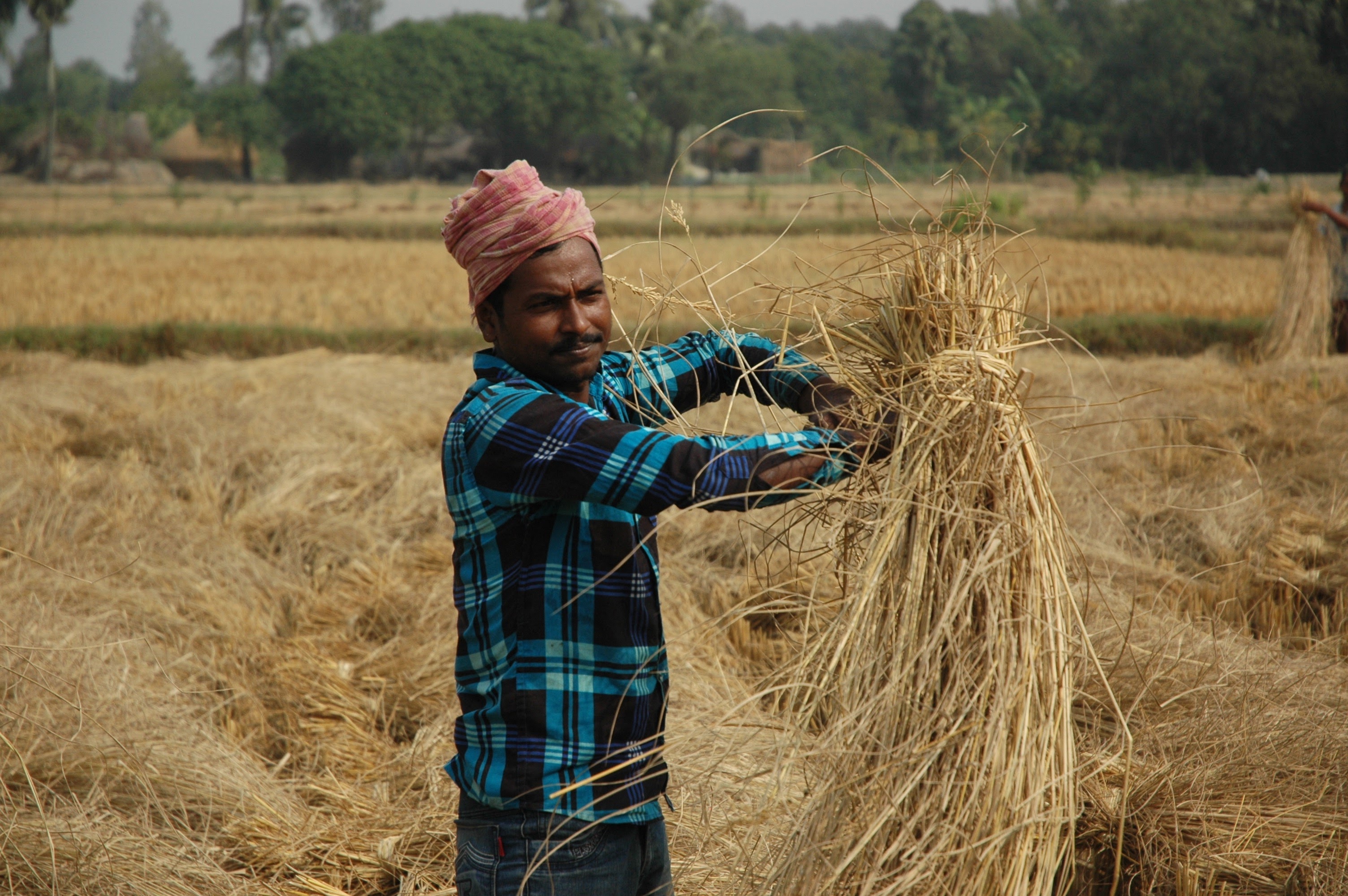 A daily wage laborer in the Sundarbans (Photo: Megnaa Mehtta)

Out of the 102 islands that make up the Sundarbans, only 52 are inhabited. In addition to endemic cyclones and storms, the forests and river creeks of the Sundarbans are home to a large number of wildlife: tigers, crocodiles, sharks and snakes. The Sundarbans is a UNESCO World Heritage Site. This is also a region where the loss of land caused by global warming outpaces the global average. In response researchers and policymakers have called upon the governments of India and Bangladesh to begin strategic planning for a “managed retreat” from the Sundarbans. This managed retreat – a term we will increasingly hear in the coming years — would involve moving 1 million people out of the delta. Most of them are poor and belong to the lowest caste groups that have suffered violent displacement at least once. To understand the proposed scale of human movement, we can only turn to the collectivization efforts in Stalin’s Soviet Union or the Great Leap forward in China.

Sarkar would be one of the 1 million people: she lives on an island designated by modelers as vulnerable. She was born on one of the last inhabited islands in the Sundarbans and she wishes to remain there. She has weathered four storms like Cyclone Amphan and is all too aware that more will come. Retreating to a higher ground is not her desired future even in our climate changed world. The future she imagines for the Sundarbans calls for a different dialogue about climate adaptation. Our contention is that today’s dominant approach to Sundarbans policy espoused by the government and development partners – the construction of embankments, the enforced separation of humans and nature, and longer-term managed retreat – does not take seriously the diverse realities, desires and especially multi-faceted vulnerabilities of the people who this policy will affect.

When the Risk is Not Just Climate Change

The combined river system comprising the Ganga, Brahmaputra and Meghna Rivers feed the Sundarbans. Each year these rivers carry about 40 billion cubic feet of silt on their journey to the Bay of Bengal. This river system carries the highest silt load in the world, amounting to about 25 percent of the world total. In this silty land-water-scape hard cement and concrete embankments, mainly constructed by government or development partners at a whopping budget of 1 billion dollars, are lifelines. But they also bring calamities. Embankments often lock the water in, especially during floods. Moreover, embanked rivers are cut off from their floodplains and often have nowhere to deposit their silt. They simply elevate their own beds as they hurtle down toward the delta, laden with silt. As the riverbeds rise as a result of this siltation, the chances of river flooding increase. During Amphan, seawater gushed through the breached concrete embankments. The earth-movers required to repair the embankments took days to arrive. Seawater salinated the agricultural fields.

It is within this context policymakers have proposed the Delta Vision 2050, which calls for a managed retreat from the onrushing water. Managed (sometimes called planned) retreat is a complex multi-step procedure, which begins by modeling multi-hazard systems which would simulate the effects of cyclone, riverine and oceanic floods together to see how parts of the delta would be submerged. This is followed by demarcating vulnerable spaces in the delta and the phased process of planned relocation of populations from those areas.

What would managed retreat mean in the Sundarbans? According to the Delta Vision 2050, 1 million people live in vulnerable areas and will need to be moved. It is not clear whether the vision for the delta accommodates the concerns of the islanders: where they will move to, what they will do there, whether they want to move. The failure and tragedy of mass rehabilitation efforts and the concomitant displacements of the residents of the Sundarbans in the past does not currently appear to guide thinking. The impending climate crisis is too narrow a lens to understand the crisis in the Sundarbans; and the principal solution to this crisis (people should leave) is too brutal. If allowed to continue, this policy will be forcibly imposed by a few powerful – and sometimes well-meaning – people on millions of much less powerful people whose lives will be changed forever. 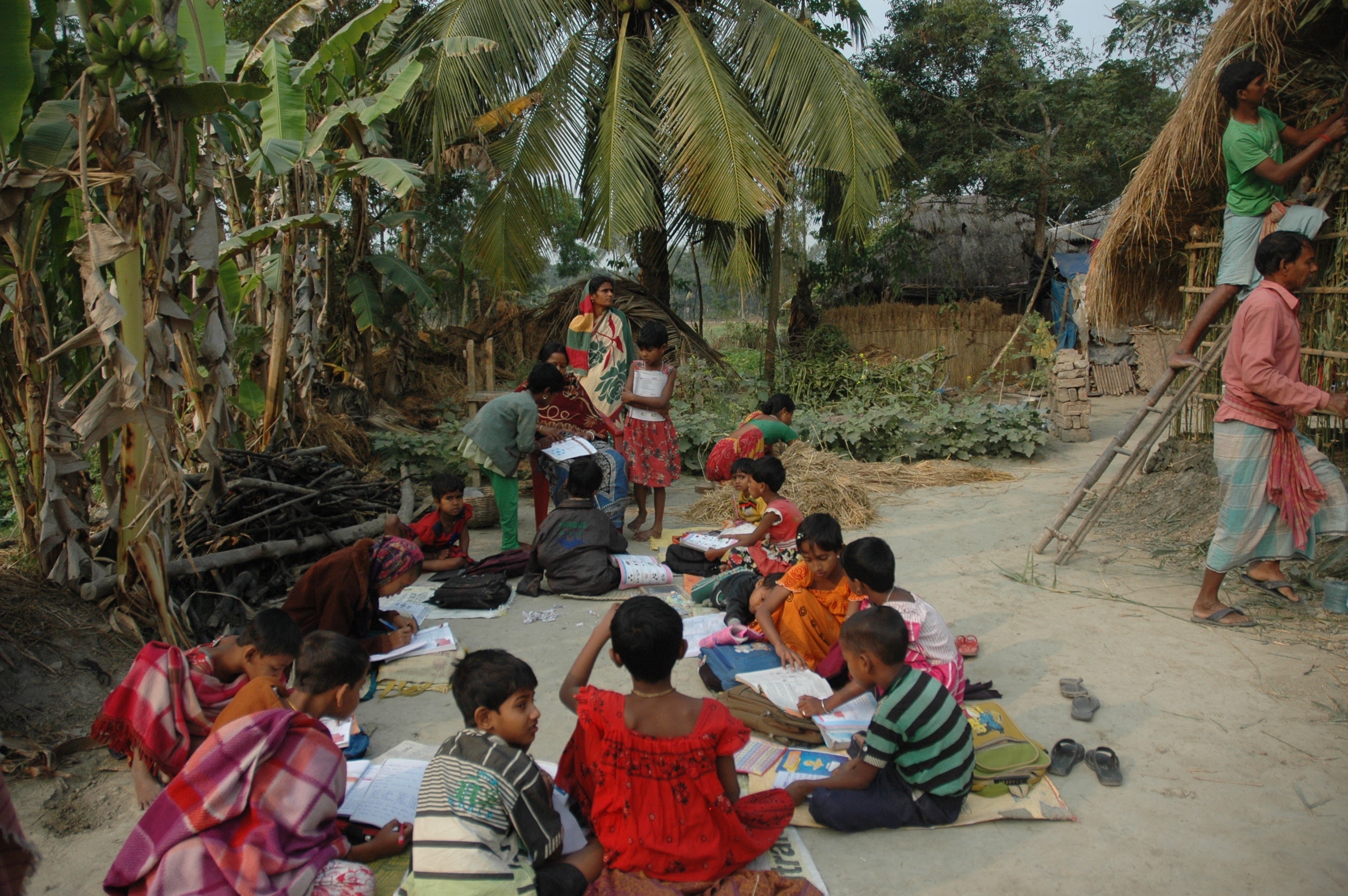 Delta Vision 2050 designates 1 million people in the Indian Sundarbans as inhabiting highly vulnerable areas. These areas also suffer from “development deficit.” The vision is framed through the idea of a climate emergency. As a solution to the climate threat, Delta vision proposes the development of a functional bilateral alliance between India and Bangladesh in order to address “environmental security issues.” Much of this conversation is driven by the perceived threat of social disorder and conflict that might arise out of an “unplanned” migration  as a result of environmental degradation. Yet, when people choose to move away from the delta, climate threat is only one among the many factors driving them. For instance, the endemic corruption of the Public Works Department which fails to maintain the embankments; or the racket run by the Forest Department in charge of distributing colonial-era licenses and permits that regulate entry into the forest for honey collectors, crab collectors and fishermen. To make matters worse, conservationists pit the Sundarban residents against the forests and the famous Royal Bengal tigers. Several other forms of disorder — such as poor healthcare services and lack of dignified work — make life difficult in the delta. Tackling the bureaucratic violence and party politics that govern life in the Sundarbans requires a different approach.

For people like Sarkar, it is not simply super cyclones that threaten her ability to flourish, but endemic corruption and lack of basic public services. Climate adaptation strategies like managed retreat might protect people from flooding but will not reduce the broader vulnerabilities that residents live with on a day to day basis. These vulnerabilities stem from political patronage networks that curtail access to institutions, feed violence into electoral politics and create an extractive rentier economy of petty bribes for access to means of livelihoods and basic services. Such everyday risks — as is obvious from the socio-political realities of the Indian subcontinent — are not limited to coastal peripheries but will most certainly also be a part of the challenges that residents face in the supposedly safer grounds that they are retreated to. If such broader sociopolitical vulnerabilities became part of modeling hazard and risk in the delta, perhaps solutions to the crisis of rising waters would address the diversity of challenges and not hurtle towards a single goal of managed retreat. Conceiving climate vulnerability as the sole cause for moving a large population is not only reductive but denies taking seriously — and paying attention to — people’s own struggles and impediments to living meaningful and dignified lives.

* All the names have been changed to protect their identity of the islanders due to the dangerous political climate and everyday threats they face from local politicians and other powerful entities in the Sundarbans.

Debjani Bhattacharyya is a historian and author of Empire and Ecology in the Bengal Delta: The Making of Calcutta (Cambridge 2018), which received the honorable mention for the best book in urban history in 2019. Her writings have appeared in N+1, The Telegraph, Somatosphere and Ananda Bazar Patrika.

Megnaa Mehtta is an environmental anthropologist whose research draws on long-term ethnographic fieldwork in the Sundarbans forests. Currently she is working on a book manuscript titled “Conserving Life: Political Imaginaries from a Forest”. Alongside her interests in mediating between lawyers, activists and conservationists, she has co-curated photo exhibitions, worked with film directors, and her research and writing has featured in several venues such as NPR, Himal South Asia and The Telegraph.

Is the Managed Retreat Plan for the Sundarbans Misguided?

Planners need to look beyond technocratic solutions as they rise to the challenges posed by climate change.

Climate change, cyclones, and the coronavirus besiege the Sundarban delta spread between India and Bangladesh.

Cyclone Amphan struck the east coast of India and Bangladesh on Wednesday.