Perhaps the most unexpectedly famous internet personality has emerged. With more than 14 million views on a reaction video to Hersha Patel’s BBC Food “how-to” egg-fried rice recipe, Uncle Roger has debuted on YouTube with smashing success.

Nigel Ng, the man behind the middle-aged alter-ego “Uncle Roger,” first began stand-up comedy while studying for his undergraduate degree in the United States. Stand-up became the avenue for Ng to “see what America had to offer,” particularly given the limited comedy scene back home in Malaysia. Nigel’s comedy is built on the dynamics within the two-sided exchange between Asia and the West. More Asians are growing up in the West and experiencing Western forms of culture, leading to the greater permeation of Western beliefs in Asian culture; and more Westerners are engaging with Asia than ever before, and are being influenced in turn by Asian beliefs and culture. Many of his bits originate from the contrast between his “old life” in Malaysia and Western lifestyles. “I’m not comparing Western and Asian cultures to point out what’s ‘weird’ about Asian culture,” Ng states. “I think the flip side is ‘weird.’ I’m trying to point out what is weird about Western culture. It all comes from a place to entertain.” 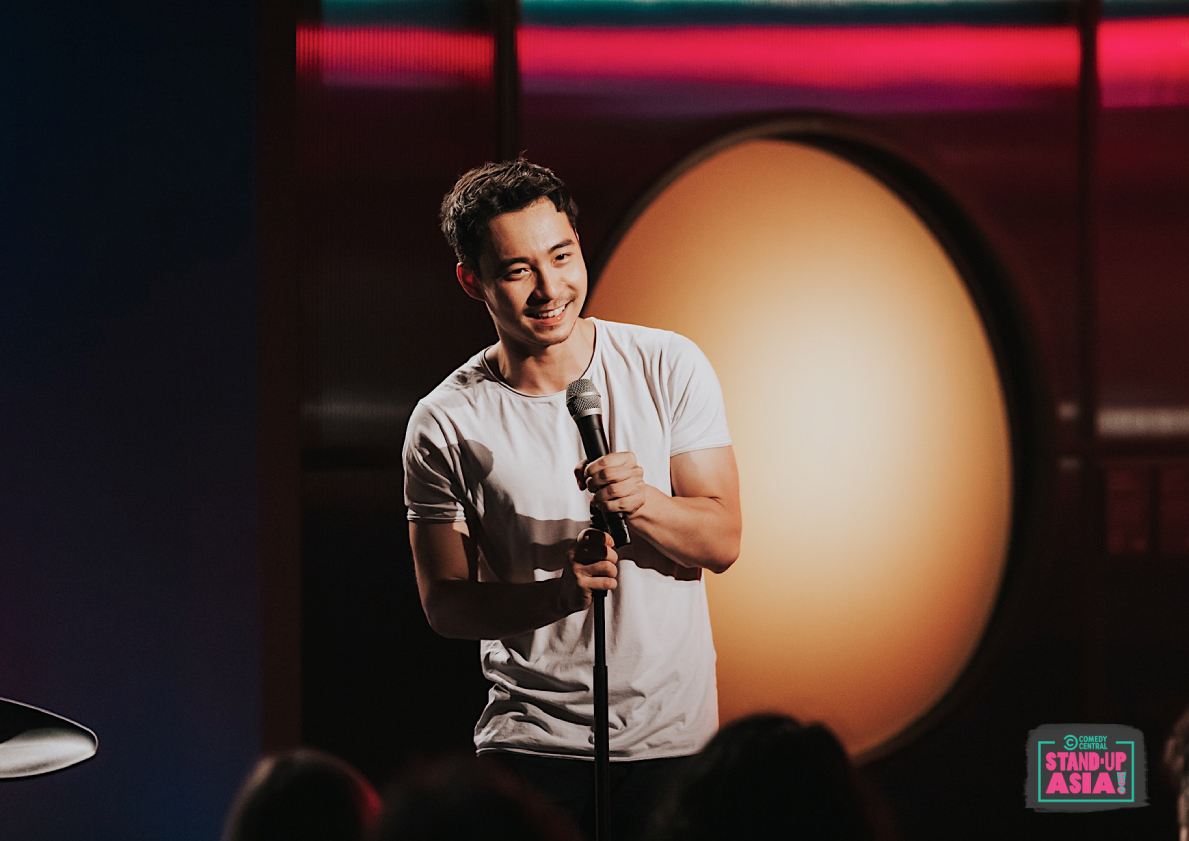 Uncle Roger was born while recording for Ng’s podcast, Rice to Meet You. Co-host Evelyn Mok first scripted the character as a real estate agent, and then Ng experimented with one-minute clips on his Instagram and TikTok accounts. When he was sent the BBC Food clip, Ng says it was perfect timing: “I had done reaction videos before. I had already done the character. Every element just came together.”

As Ng notes, Uncle Roger is a reflection of his own personality, embodied in a middle-aged, orange Polo-wearing, belt-phone-case-strapping uncle. “I’m a bit like an Asian uncle,” says Ng. “The personality is very me. I’m indignant, ranty, straightforward. Content-wise it’s also me, those details and mannerisms. At the core, my perspective is the same.”

It’s the details of Uncle Roger’s character that make Ng especially proud. Putting his leg on the chair? Old men sitting in Malaysian coffee shops. Hair? That’s actually just his unstyled, natural hair. MSG? A flavor enhancer used in Chinese cuisine that has been vilified by the West as an unhealthy salt substitute. Other points, including bits about induction stoves, karaoke and vegans, rely on a similar style of observational comedy, channeled through the character of Uncle Roger.

One of the more noticeable aspects of Uncle Roger’s character is his speech. At first glance, Uncle Roger may appear to speak hyperbolized, broken English; but his speech is Ng’s own take on how English is spoken among middle-aged Malaysians. For example, saying Haiya in exasperation – pronounced “ai-ya” in Mandarin, but with the added “h” in typical Cantonese pronunciation – is a direct tribute to growing up in the melting pot that is Malaysia, defined by its Cantonese-speaking population hailing from Hong Kong and southern China.

“I infuse Malaysian slang and unnecessary words that we often use,” says Ng. “We don’t pluralize things, we don’t use the word ‘do’, and we repeat ourselves. That’s where phrases like ‘What you think? What you want?’ come from. It’s hard to do a true version of Malaysian English without saying filler words like ‘ma’ and ‘la’, so I try to balance including Easter eggs for Asian fans with speech that is recognizable to a Western audience.”

Some fans have taken offense at Ng’s accent, to which Ng responds, “If you’re only looking at the accent, you’re ignoring everything else about Uncle Roger. I’m not portraying a stereotype, but a character. I’m not putting our culture down, but speaking to two audiences through a single character. Half of my fans are Asian from Asia, and I want to portray that ‘uncle’ we all know.”

Although Ng’s internet fame is only just spreading to the West, his popularity has soared in Asia. Ng is now expanding his social media presence to directly speak to this audience, including creating accounts on Weibo (微博) and Douyin (抖音), the Chinese versions of Twitter and TikTok, respectively. Albeit presented in different aspect ratios and with subtitles in different languages, the content across all his platforms remains largely the same, a true testament to the cross-cultural nature of Ng’s comedy. Given that Ng’s international fan base has grown since the beginning of the coronavirus pandemic, Ng says he is eager to work in Asia following COVID-19: “It will be nice to be close to my family and the culture. I always get new ideas in Asia because things move so fast there.”

As the world remains largely in lockdown, with political tensions rising in many places, the figure of Uncle Roger has  appeared at an opportune time. With a growing body of fans across the world, Uncle Roger’s emergence serves as a unique touch point between Asian and Western fans. With phrases like, “You’re killing me, woman!” and “I put leg down from chair,” Uncle Roger has inextricably connected us, building bridges and driving shared cultural experience in a time of both physical and social separation.

Malaysia Group Teaches Refugee Women how to Read and Write

A new school in Kuala Lumpur is giving refugee women from Myanmar and Indonesia a chance at a better life.

The Rise of Muslim Millenarianism in Malaysia