Last year, Singapore was one of a number of nations to hold a general election in the midst of the COVID-19 pandemic. At first glance, the results were decisive: the ruling People’s Action Party came away with 83 out of 93 parliamentary seats, and more than 61 percent of the vote. But within the country, it was seen as a significant setback for the city-state’s perpetual ruling party, which gives some indication of the dominance it has enjoyed since Singapore’s independence.

In recent times, the journalist Cherian George has long been one of the most incisive critics of PAP rule. In “PAP v PAP: The Party’s Struggle to Adapt to a Changing Singapore,” a new volume of essays co-authored with Donald Low, he argues that last year’s election shows the extent to which the party has become entrapped by its past success, and limited by its own mythologies. The book argues that a reformed PAP – one that is more comfortable with political competition and more open to social justice – is the Lion City’s best hope for security and prosperity for the immediate future. George, now a professor at the Hong Kong Baptist University, spoke with The Diplomat’s Sebastian Strangio about how, beneath the shiny outer surface of PAP rule, Singaporean politics is evolving.

You describe your new book as an “intervention in Singapore’s political debates at a unique point in the Republic’s history.” Can you briefly explain what is significant about the present moment?

Globally, we’re seeing major shifts, such as deglobalization, mass revolts against establishments, and extreme intolerance towards diversity. Domestically, the ruling party is trying to undertake an overdue leadership transition. Of course, Singapore has always been oriented towards progress, and the PAP has long prided itself on its ability to prepare the country for changing circumstances. There’s some truth to that self-image. After all, how many nations do you know had independence thrust upon them out of the blue? When Singapore was suddenly evicted from Malaysia in 1965, the PAP had to gear a stunned population for the opportunities and challenges of being a small, sovereign republic. But that was a long time ago. The party would like to believe that this capacity to adapt is in its DNA. Perhaps, but this trait now seems overwhelmed by an establishment culture of self-preservation. So Singapore finds itself in a moment of tremendous change, but led by an elite with conservative, even reactionary, instincts.

In any other country, the PAP’s win at last year’s general election would have been seen as a massive landslide. In the context of the PAP’s past domination, however, it seems to have prompted no small degree of soul-searching within the establishment. How do you interpret the results of the election, and increased showing for opposition parties? What does it suggest about how Singapore is changing?

Singapore’s general elections are not really about choosing a government. Ours is a system of one-party dominance, where the PAP wins power easily, every time. That will probably change some time in the future, but not yet. Even opposition parties did not claim that they were trying to unseat the PAP. So what our elections really determine is how much of a check and balance citizens want to place on a PAP government. Do they want to give leaders more latitude and encouragement, or restrain them and remind them who’s paying their high salaries.

In 2020, Singaporeans leaned towards the latter, despite the government’s massive financial handouts and a generally competent response to the COVID-19 pandemic. The main opposition parties, meanwhile, have continued to improve. In fact, the four seats that the Workers’ Party picked up probably underestimates the political capital it gained from an impressive campaign. Conversely, the PAP’s dip in seats and vote share underestimates the prestige it lost in the course of a quite shoddy campaign. This was another symptom of how the PAP’s stifling of political competition in between elections backfires: it makes leaders less agile, such that they get discombobulated in the much more open and fluid campaign period.

The biggest revelation for me, though, is how many ordinary middle-of-the-road Singaporeans – not just the politicized minority – were prepared to question and contradict PAP ministers openly online. This does not necessarily mean that they want the PAP out of power, but it does mean that they expect higher levels of scrutiny and accountability. 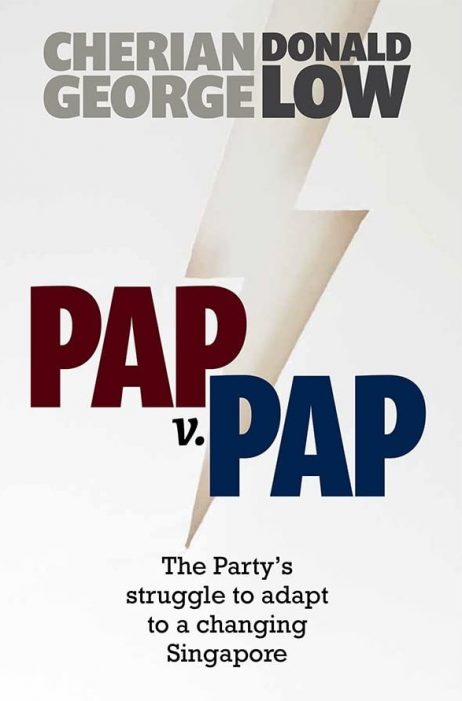 How has the PAP administration’s response to the COVID-19 pandemic played into the changing public perceptions of its role?

I don’t think there’s any survey data that tells us. But I’m sure most Singaporeans recognize the benefits of having a highly competent and capable government to deal the crisis, especially when they look around the world. But the government has also made serious mistakes. It recently admitted that it had misinformed the public about the level of privacy of its contact tracing app.

Overall, the pandemic drives home the point that we need states with strong capacities. It does not follow that these states have to be shielded from scrutiny and criticism in order to get the job done, but this is what authoritarian regimes hope people will believe. Democratization in post-pandemic Singapore will depend a lot on whether people see that greater accountability need not make the state less effective.

You make the argument that while Singapore should ideally reduce its dependence on the PAP, a reformed PAP that was more comfortable with political competition would be a great benefit for the country. What are some of the most obvious ways that the party could reform itself? What things currently stand in the way?

It has to stop kidding itself that good intentions alone can prevent bad government. That’s hubris. Power requires checks and balances. To improve the fairness of our elections, we need independent election bodies. They currently answer to the government of the day. To improve governmental accountability, we have to end the century-old system of press licensing. The PAP should also join the global movement for open government, by enacting a right to information law and installing an ombudsman, for example. Some of the obstacles in the way of civil society organizing need to be lifted, to allow citizens to play a more active role.

The PAP’s standard explanation for many of these restrictions is that Singapore is a small multiracial, multireligious country that cannot take risks with social peace. But the vast majority of instances where the government uses its powers have nothing to do with race or religion. It is protecting its own authority and space. The main reason why leaders won’t reform the system is probably that they find the current situation far too comfortable. They can do their work with none of the bother that governments in more open democracies have to face.

Ethnic relations is one important area where the PAP remains in thrall to old successes and the dogmas that accompanied them. As you write, “In 1970, a year free of race riots was a sterling accomplishment; today, we are right to want more.” How has the PAP fallen short in its management of ethnic relations in Singapore? What do you think could be reformed in this regard?

The PAP sees ethnic relations primarily through the lens of order, which is a perspective inherited from our old British colonial masters. Of course, order and security is any state’s number one job. But that’s not enough. Multicultural peace shouldn’t be built on people’s fear of getting into trouble with the law. Diversity requires more positive commitments. Singapore is actually well placed to build that, as there is a national consensus that our national identity is multicultural.

We need a more open discussion about discrimination. Singapore’s young, in particular, seem to have a more sophisticated understanding of identity, and rightly have higher expectations of the system than previous generations did. They are going to feel it acutely if the establishment does not address inequality or is callous in the way it talks about ethnic, gender, and other identities.

A ‘New Mandate’ for Singapore’s Government?

The PAP’s victory is a foregone conclusion, but don’t sleep on the changes remaking the opposition.

Singapore: Election Politics Amid the Pandemic

Singaporeans are unhappy with their government's COVID-19 response, but the opposition may be too fractured to present a viable alternative.

Does Singapore’s Next Election Matter?

The eventual election may bring some excitement, yet it’s unlikely that the result will bring much change.