March 11, 2017 marked a turning point in the administrative structure of the Nepalese government. The Constitution of Nepal, which had been promulgated in 2015, mandated political decentralization through federalism. Under the previous unitary system, political power had been concentrated in the national capital of Kathmandu. Now, in addition to the federal government in Kathmandu, two other tiers of government were added; the seven provincial governments and the 3,157 former village development committees were consolidated into 744 local units. The local governments’ role was significantly expanded with the intention of giving the nooks and crannies of the nation greater administrative autonomy through increased resource-sharing among the various tiers of the government.

A year later, in 2018, the district of Makwanpur made a landmark decision in Nepalese public health administration when it handed over control of the district’s 41 health posts and four primary health centers to its respective municipalities. This head-start in the federalization of the public health sector provided us with a window into this new administrative model’s challenges and opportunities. The Nepal government plans to expand universal health coverage (UHC), so we visited a municipality in this district recently to see whether this new-fledged approach is going to bring the district closer to the goal of UHC.

The Indrasarowar Rural Municipality in the Makwanpur district borders the Kathmandu valley, and is home to the Indrasarowar hydropower reservoir that powers the capital. Traveling only 50 kilometers away from Kathmandu, one can witness the legacy of centuries of political centralization. As per a 2015 study, “only 61.8 percent of the Nepalese households have access to health facilities within 30 min, with significant urban (85.9 percent) and rural (59 percent) discrepancy.” In the remote hills of Nepal, there is little profit incentive to set up private hospitals. Thus, public health posts are integral to providing basic healthcare to the roughly 18,000 residents of this municipality. However, these remote health posts were in an understaffed and dilapidated state due to decades of underfunding prior to the consolidation of local units. Tasked with rejuvenating the municipality’s public health facilities is Mannunath Adhikari, the health officer of the municipality. He told us his job had become much easier since the expansion of the local level. Before, “for every little decision, I had to go to the district headquarters for approval. But these days, I can get approval from within the municipality itself,” he said. Sometimes he had to go all the way to Kathmandu to obtain regulatory approval. 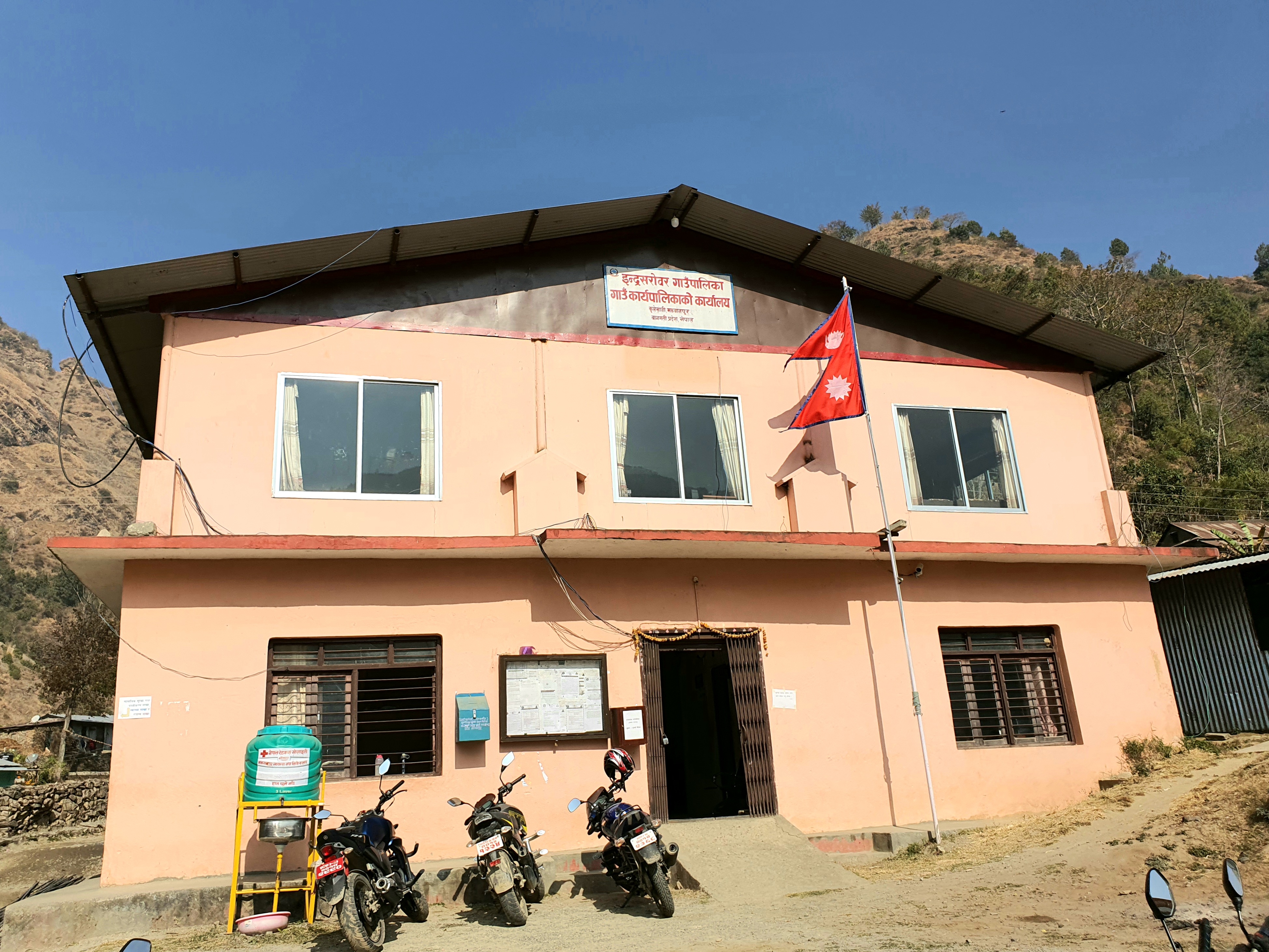 A consequence of this uptick in bureaucratic efficiency is the effort to expand the municipal health posts into health centers. This allows the local government to acquire land for health posts which previously operated out of rented rooms. This expansion of physical infrastructure is crucial in stocking essential medications, medical equipment and personal protective equipment as the lack of paved roads poses a severe challenge to accessing these essential items.

The health posts of rural Nepal are not full-fledged hospitals, but are instead tasked with providing primary healthcare to their respective wards. The Indrasarowar municipality hosts five such health posts for each ward, including the newly established Pouwa health post. While these health facilities may appear rudimentary at a first glance, the services they provide remain invaluable to Nepal’s most remote pockets. These services include family planning, direct observation treatment, short course (DOTS) for tuberculosis, universal immunization, and basic pathology lab services. Four of the five health posts in the municipality also provide birthing service that allows the citizens of remote villages to avoid costly trips to urban healthcare facilities, and monitor health of pregnant women through regular antenatal checkups.

Another example of the new administrative structure’s capacity to dynamically address localized needs is the establishment of a new health post in Pouwa. We arrived here after scaling the Chandragiri hill up to a height of 3000 meters above sea level, via a challenging dirt road that is still very much under construction. This new health post fills in a gap in healthcare accessibility as the nearest health facilities are in Kathmandu, an hour drive away through arduous dirt roads. Though the health post only occupies a rented building’s ground floor, there is a proper facility currently under construction not too far away. 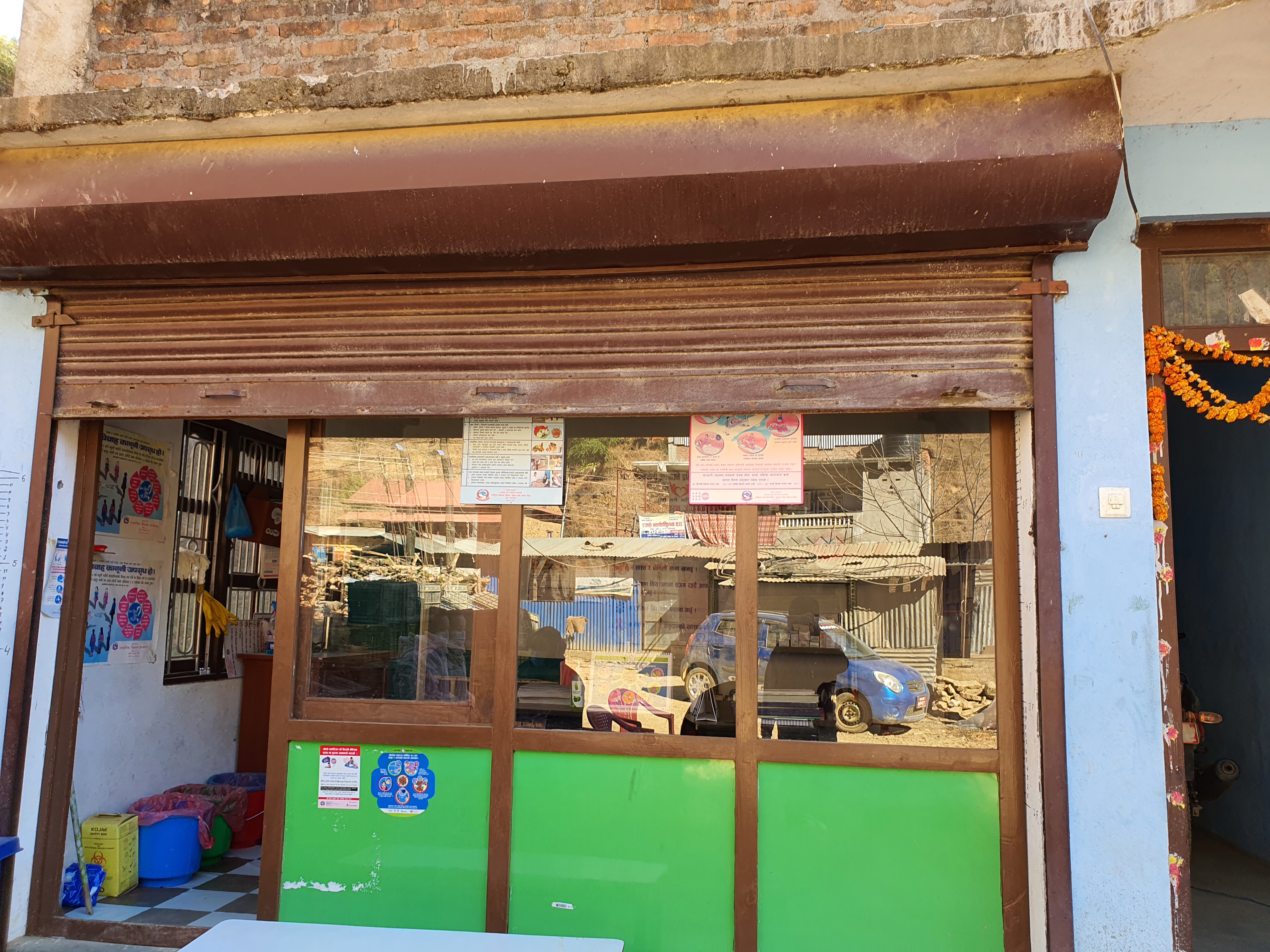 An older health post we visited was in Sisneri. Though it was established in 1994, the old building was scrapped in order to build a newer one, and it currently shares a building with a local farming cooperative. “We prefer our health posts not to be cramped in one room,” Adhikari had mentioned. “Land acquisition and the construction of newer buildings is important to provide robust healthcare to our citizens.” The health post in Fakhel has completed the construction of its building with funding from the Birat Nepal Medical Trust. 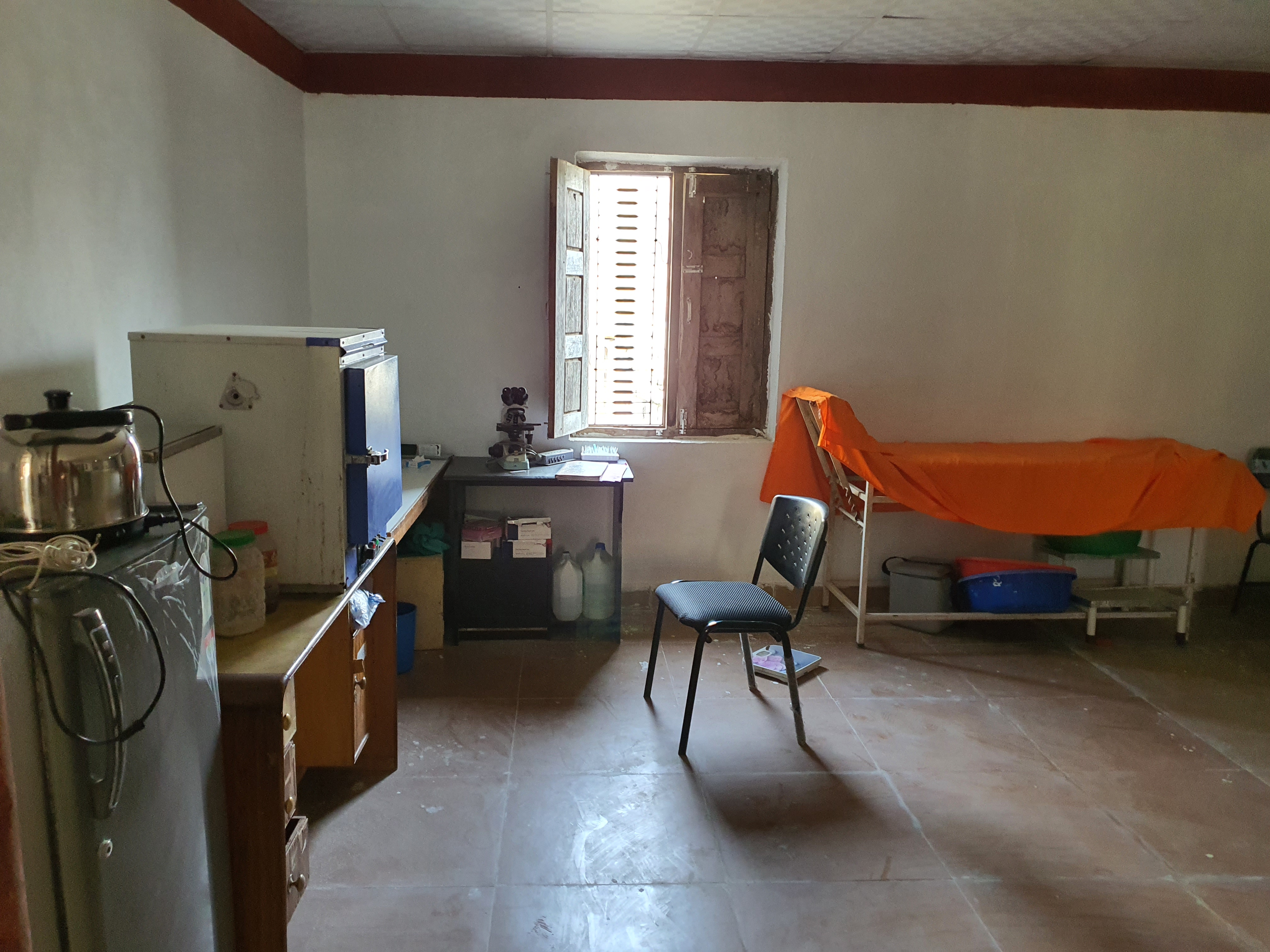 On visiting the various health posts around the municipalities, we noted its expansion and the adequate staffing of facilities. Previous reports indicate a marked decrease in absenteeism in the government’s health workers as they are now adequately funded. The municipality currently employs 28 health workers for the roughly 18,000 residents they serve. It has also deployed a further 37 female community health volunteers (FCHVs) who provide basic maternal and contraceptive health education to the municipality’s women.

The rejuvenation of the health facilities was crucial when the COVID-19 pandemic struck the district. Adhikari noted the challenges of maintaining the local health workers’ safety, but also that they were able to provide basic services, identify hotspots, improvise isolation facilities, and adequately educate residents when the pandemic first hit the district.

Our study of the Makwanpur model gave us a unique insight into the challenges and opportunities of the Nepalese federal system. Previous studies had noted that a lack of proper delineation in the administrative responsibilities of local units posed a significant challenge to federalized healthcare. The Makwanpur model solves this issue by giving the local units full control of public health facilities and giving them the freedom to swiftly tailor their approach according to local needs. Another municipality in the Makwanpur district has recently started a free door-to-door health service in collaboration with Patan Hospital in Kathmandu to the disadvantaged Chepang indigenous groups. “Our efforts to expand healthcare accessibility have only just begun, and we intend to give further continuity to these efforts,” said Adhikari.

Chitij Karki has recently completed his MBBS from KIST Medical College and Teaching Hospital, Nepal. He has an avid interest in literature, philosophy, and politics.

Harsh Mahaseth is an Assistant Lecturer and Faculty Board, JGLS Pro Bono Publicus, at Jindal Global Law School, and a Research Analyst at Center for Southeast Asian Studies, Jindal School of International Affairs, O.P. Jindal Global University. He completed his Master of Laws in Asian Legal Studies from the National University of Singapore.

Ukraine’s fate serves as a reminder to small powers that they must walk a fine line between protecting their sovereignty and showing "strategic empathy" towards the interests of major powers.

With the British government agreeing to discuss their demands, the military veterans ended their 13-day hunger strike recently.

Ohn Thwin, 72, has become the highest-ranking figure to be killed by anti-regime guerrillas since last year's coup.

A communist party leader, Shailaja, was made to turn down the Magsaysay award on the ground that her success was the outcome of collective effort. But communists do sometimes promote individuals over the collective.

The president's six-day working trip offered some glimpses into the priorities of his administration.

The country's four largest meth seizures on record have come over the past 15 months – striking evidence of the scale of the recent Mekong drug production boom.