It took almost a year and over 700 deaths for India’s Bharatiya Janata Party government to announce the repeal of three contentious farm laws.

On November 19, which is Guru Nanak Dev Jayanti, an auspicious day for Sikhs (most of the protesting farmers belong to the Sikh community), Prime Minister Narendra Modi apologized to the protesting farmers and announced the repeal of the three farm laws. This marked a sharp U-turn from his government’s earlier stance.

The three laws are The Farmers’ Produce Trade and Commerce (Promotion and Facilitation) Act, The Farmers (Empowerment and Protection) Agreement of Price Assurance and Farm Services Act, and The Essential Commodities (Amendment) Act.  They were rushed through both houses of the Indian Parliament in September 2020. However, on January 12 this year, the Supreme Court stayed the implementation of the farm laws.

The farm laws allowed farmers to sell their agricultural produce outside the government-regulated mandi (market) system to any licensed trader at mutually agreed prices. Farmers feared that once the new laws are implemented, the mandi system would collapse, leaving them vulnerable to exploitation by powerful corporations. They believed that through these laws the government planned to bring in big private players like the Adani Group. This, they feared, would impoverish farmers.

These concerns led to nationwide protests from farmers. Farmers, especially from the northern states of Punjab and Haryana, were strongly opposed to these laws and demanded their repeal. 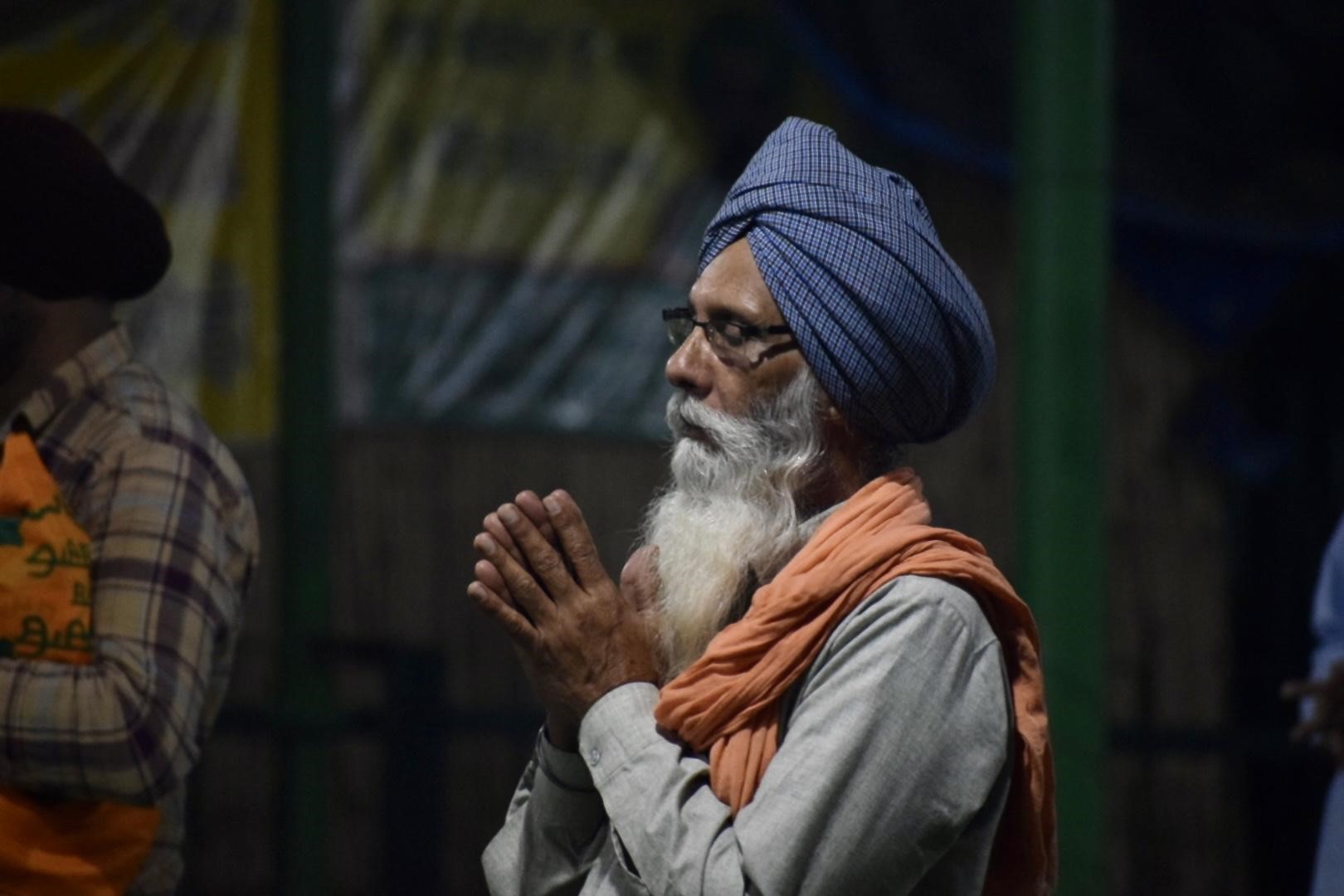 A farmer praying at the protest site. Photo by Uzair Usmani.

The Modi government’s decision to roll back the three laws will provide a respite to the protesting farmers. The farmers deem this as a victory of the people’s voices. Many farmers across the nation have welcomed this decision.

At the Singhu Border, which has been one the largest sites of protest against the controversial laws, protesting farmers were seen raising flags, singing songs of revolution, distributing sweets, and rejoicing after the Modi government’s decision to repeal the laws.

Still, there is a strong current of caution underlying the victory. 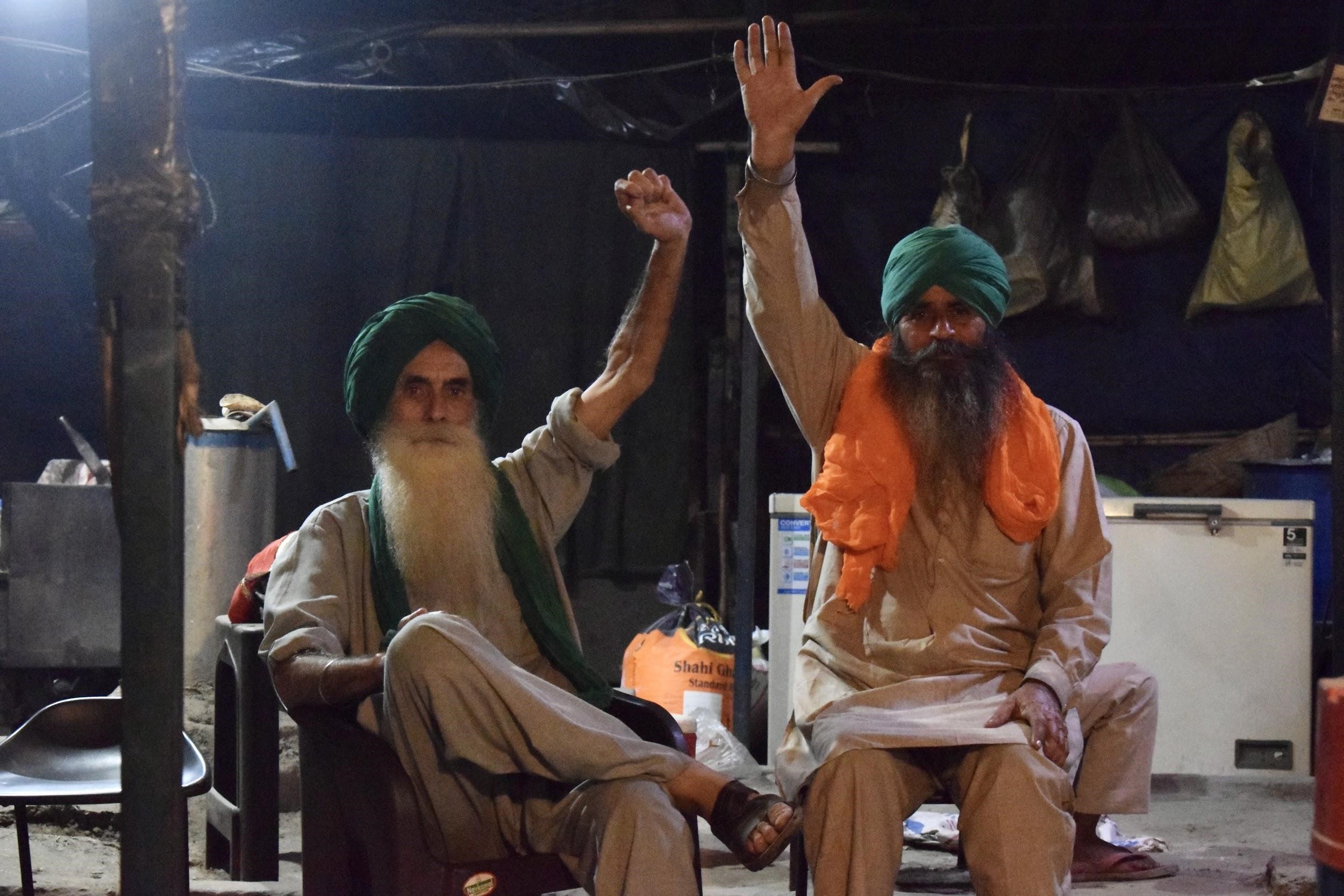 Sikh Farmers seen raising slogans of victory on November 20, at the Singhu Border, near Delhi. Photo by Uzair Usmani.

“As of now, only the decision to roll back the laws has been announced,” says Darshan Kaur, adding that “Nothing is concrete yet.”

“Let him [Prime Minister Modi] give us everything in writing,” she says. “Only then will we leave from here [the protest site]. Otherwise, the agitation will continue.”

Another protestor, Rashbeer Kaur says, “We have more people, especially women coming in every day. We don’t mind sitting here 24 hours a day. Let him take back the laws in the Parliament first.”

They have come from Gurdaspur District of Punjab to protest against the three laws. Women farmers arrived in large groups and strengthened the spirit of the movement. 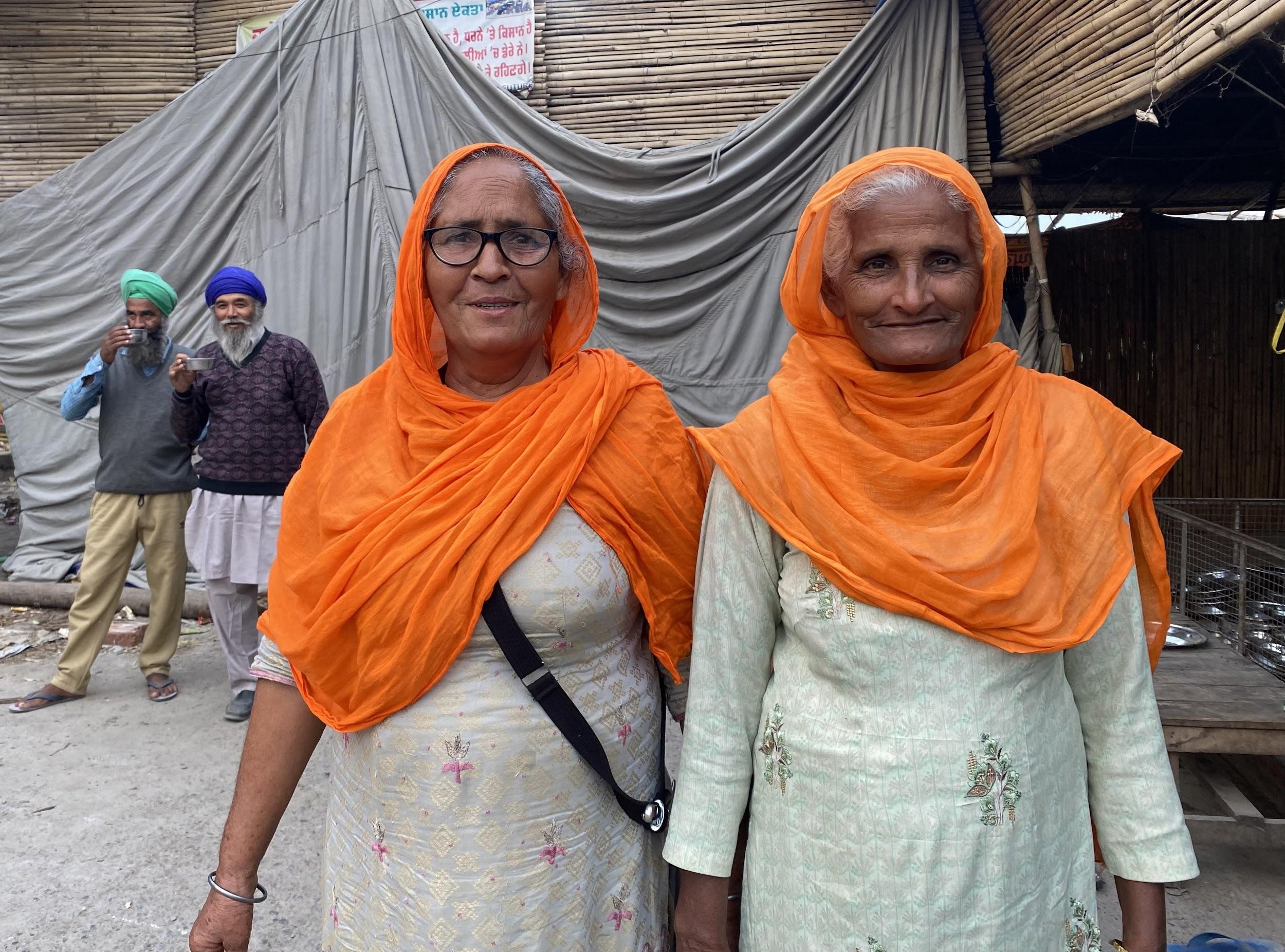 Darshan Kaur and Rashbeer Kaur are doing seva (service of God) at the Singhu Border. Photo by Uzair Usmani.

“The decision to repeal these laws has come very late,” says Gurpreet Singh, district chief of Khanpur Village in Punjab. “The protesting farmers have suffered so much, hundreds of lives have been lost.”

“Where was the government when we were treated as enemies?” he asks, stressing that the protestors “won’t leave until all their demands are met.”

Earlier this year, when the protesting farmers were marching toward New Delhi, the Indian capital, they were met with water cannons, barbed wires, and internet shutdown. 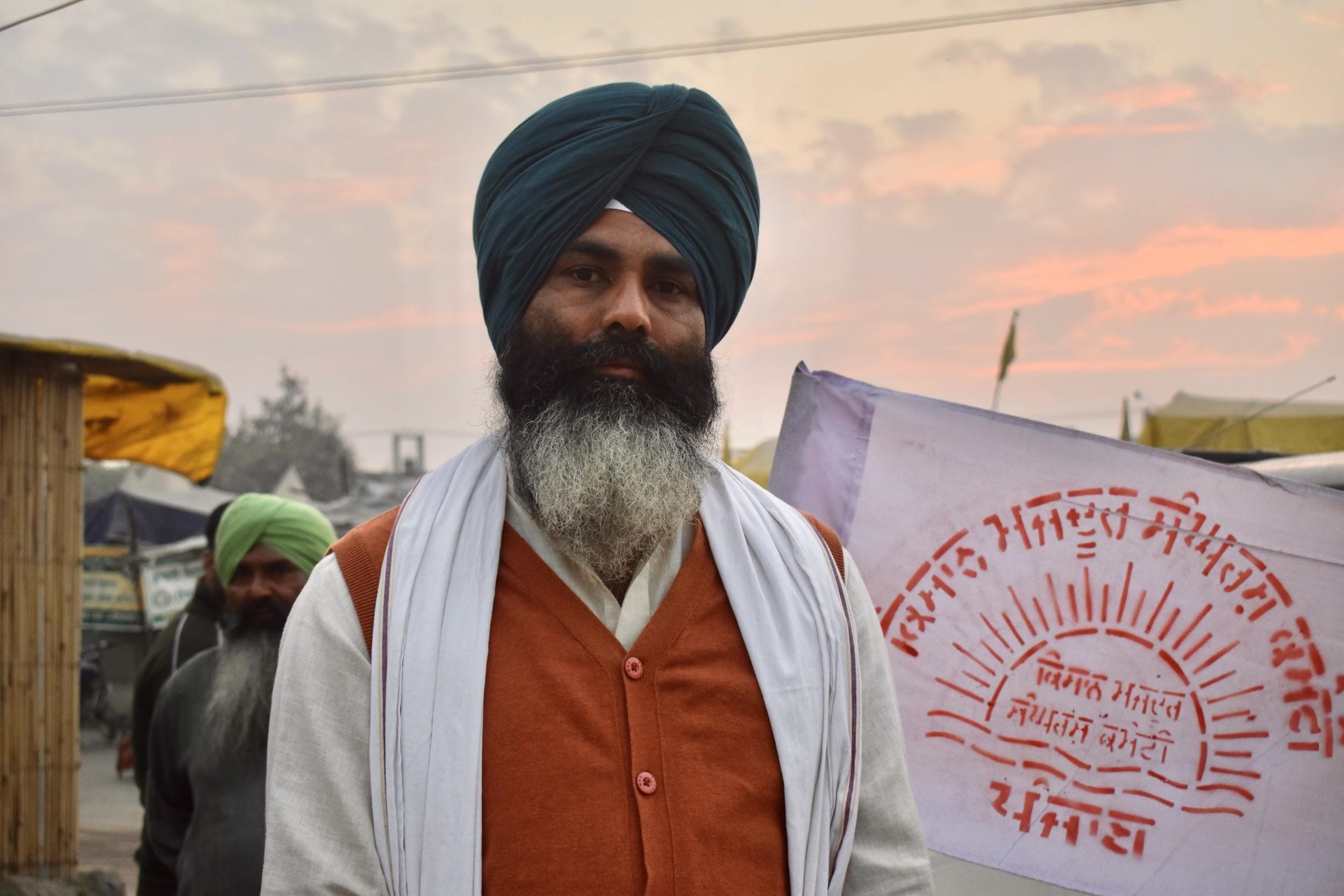 Dr. Hardeep Singh, who is from Amritsar and present at the protest site, has welcomed the government’s decision. Describing the struggle as one not only of the farmers but of the voiceless as well, he recalls that he had promised “that no matter what happens” he would return home “only once this fight is over.”

“But look, I am still here,” he says, “still waiting because the fight is far from over. We want the government to immediately release all our people who have been falsely booked for participating in this agitation and we want these three black laws to be revoked in the Parliament. Only then will I leave this protest site.” 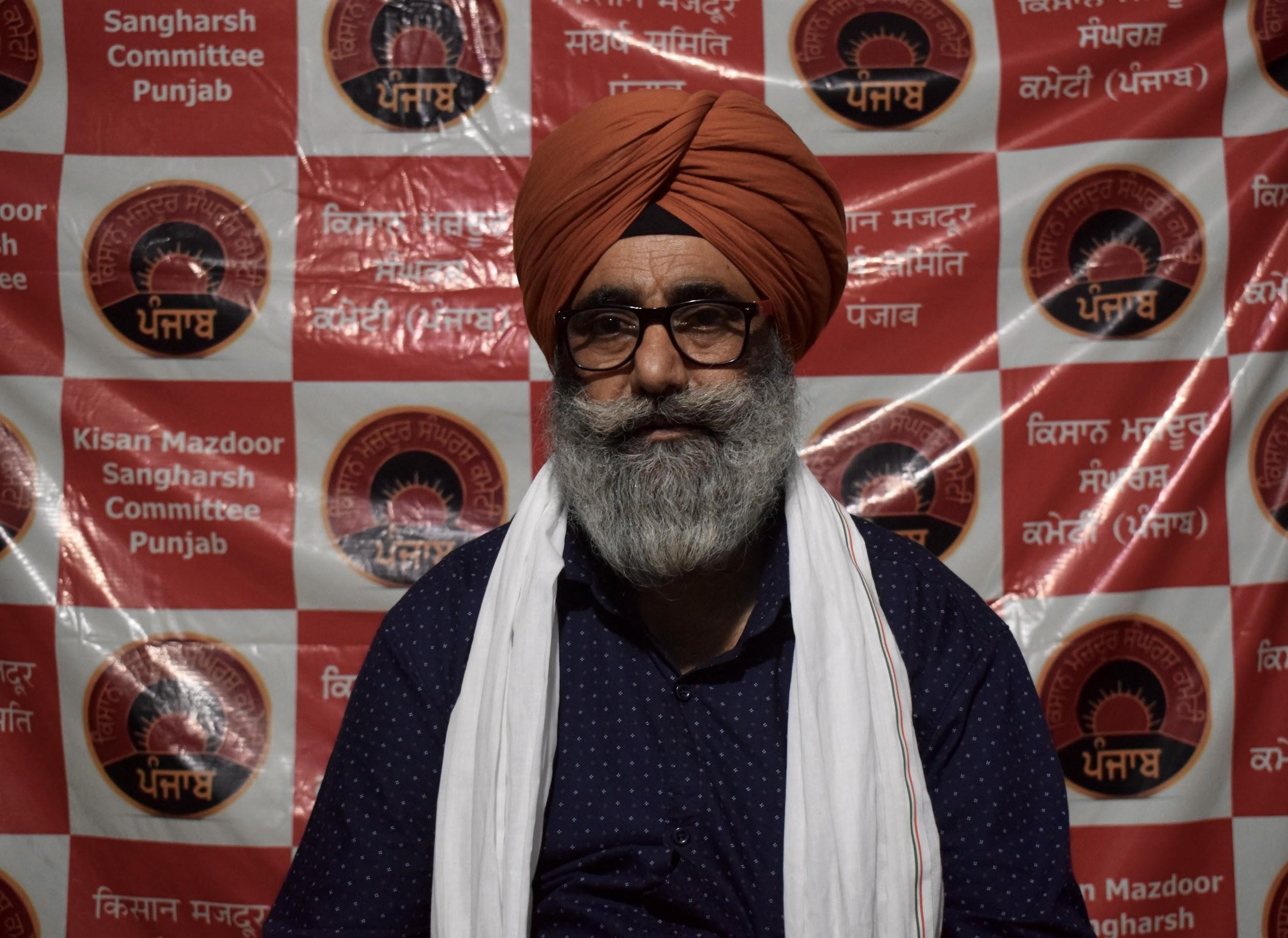 Dr Hardeep Singh, who has been camping at the Singhu border for many months, says that the fight is far from over. Photo by Uzair Usmani.

Ram Singh is all smiles after the announcement by the prime minister. A resident of Tilak Nagar in New Delhi, he told us: “Today is a historic day. We have finally won this fight, we were always hopeful that this day would arrive. I have come with my entire family to stand in solidarity with my kisaan (farmer) brothers.”

“These farmers are our voices,” he says, “They are sitting here and braving the odds. They are not doing this for themselves but for the coming generations, for people like you and me. Their struggle will never be forgotten.” 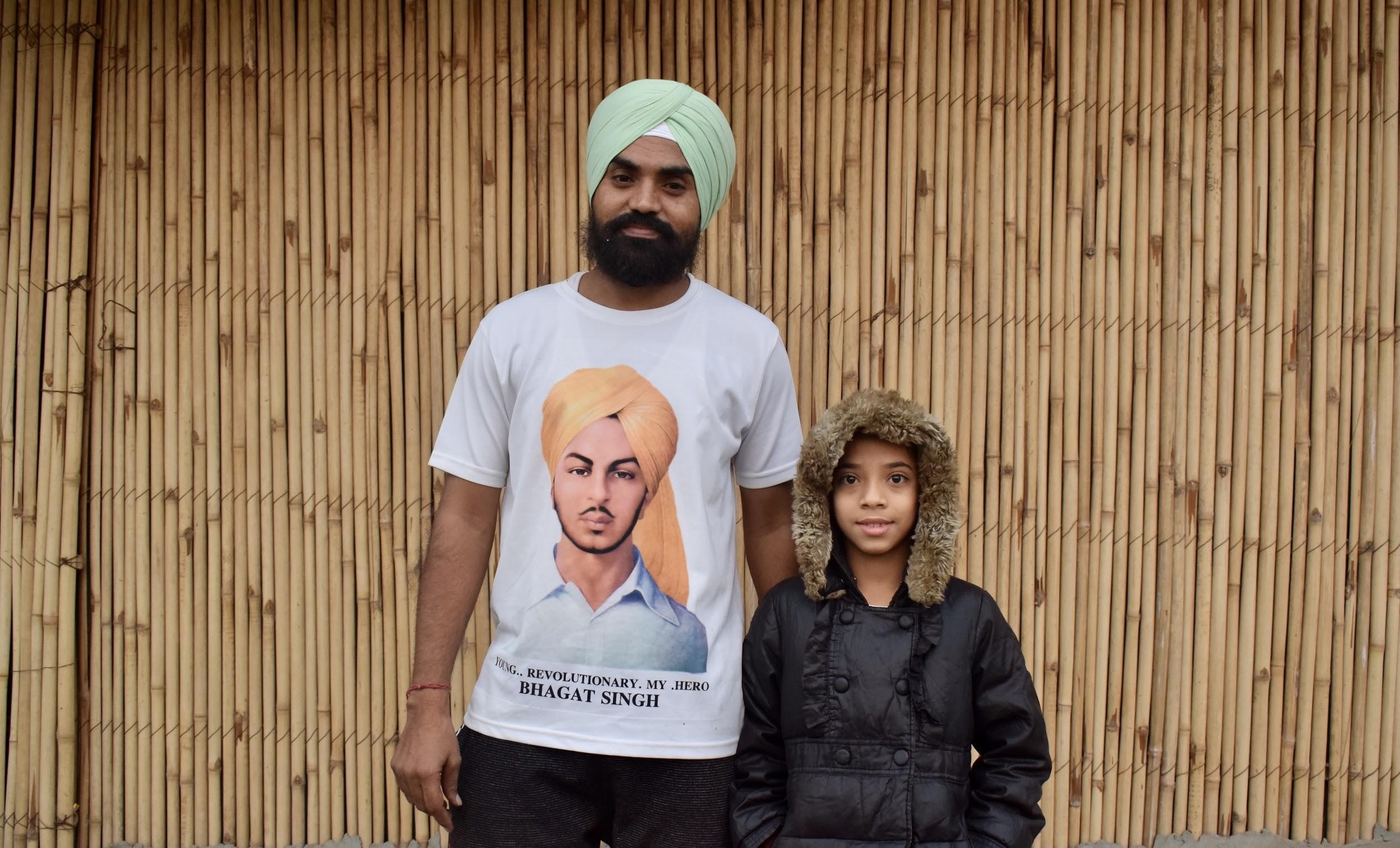 A 60-year-old protester, Sukhdev Singh, who has been a part of the agitation since it began, said he “doesn’t trust this government.”

“Will our dead ever come back? What about their losses? We want all our demands to be met, one of them being compensation to the families of the dead. It is only after all this that I will be able to celebrate like the others,” he says. 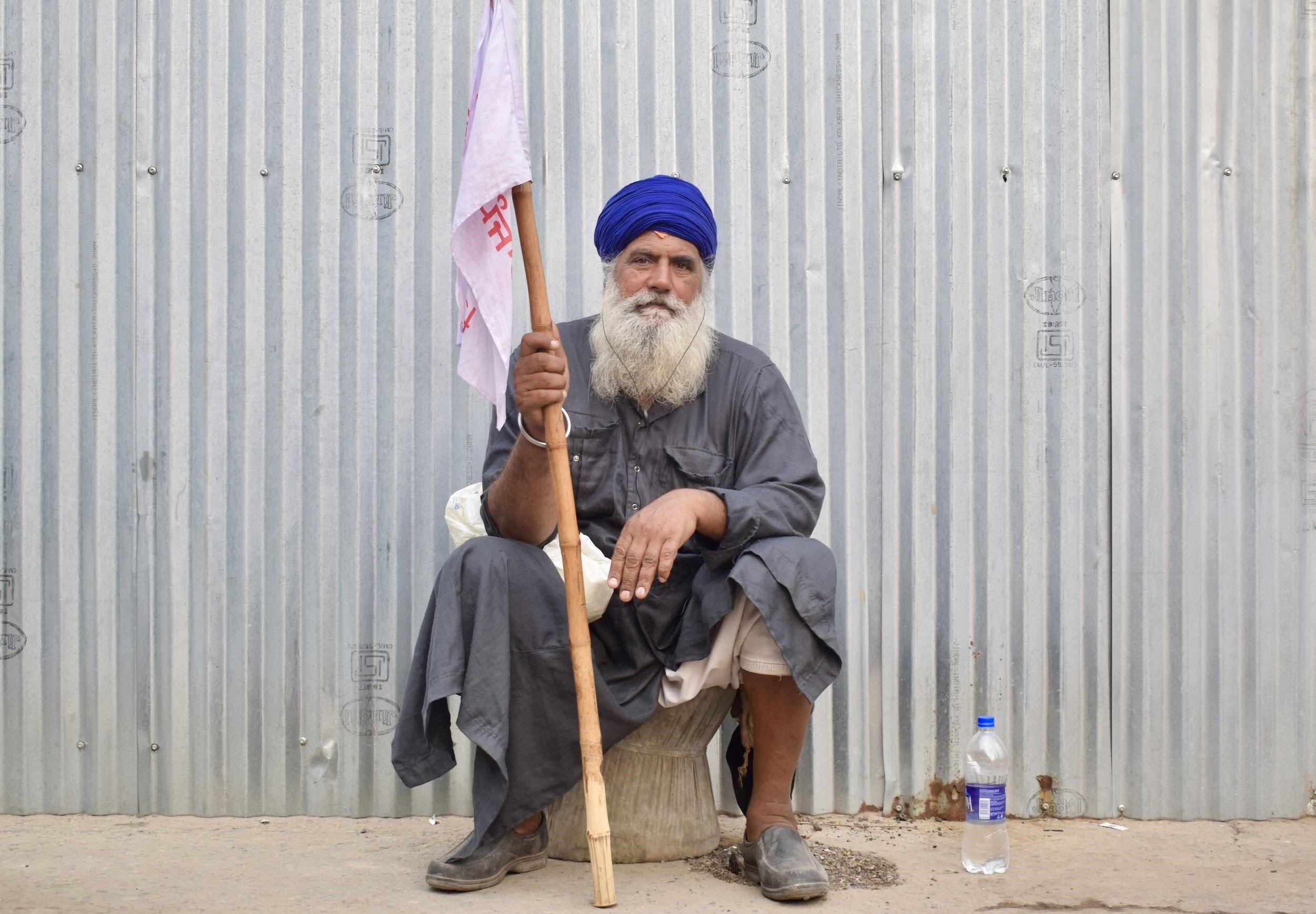 Sukhdev Singh wants the government to meet all demands. Photo by Uzair Usmani.

Since September 2020, thousands of farmers have gathered around Delhi’s border and are refusing to budge until the laws are rolled back in the Parliament. Even though Modi has announced that the laws will be repealed, still there is distrust among the farmers.

From harsh weather conditions to water cannons, these farmers have braved it all. The farmers’ protest has been largely peaceful and quite revolutionary at the same time.

Where Do India’s Farmers Go From Here?

By Sandeep Kandikuppa and Pallavi Gupta

Why did the anti-farm law movement succeed where so many others have failed? And what goals will the farmers’ movement pursue next?