DISHU, HELMAND, AFGHANISTAN — Afghanistan’s ragged mountains, stretching across most of the country, contain various precious stones and minerals worth a staggering estimated $1 trillion, making many Afghans dream of a brighter future. However, miners who try to exploit the dormant riches face various problems. And while the end of most fighting after the Taliban’s lighting takeover of the country last August has made some things — in particular transport — easier, others have become more difficult.

“Currently, I make no profit at all,” Mohammad Nasim, the man in charge of an onyx mine, told The Diplomat in late December 2021. He was sitting on a raffia mat in front of a simple stone hut in the middle of the desert in Dishu, a district in the southern Afghan province of Helmand.

Behind him, craggy mountains rose out of the sand, the only ones around for miles. From the nearby slope, Nasim’s men extract green onyx, a stone sought after for flooring and cladding. With large drills and stonecutters, the 25 to 30 men working for Nasim cut blocks measuring 1 m x 2 m x 3 m from the onyx deposit, which are then loaded by excavators onto lorries.

There are a total of 17 onyx mines in these mountains. Nasim has been responsible for the extraction in one of those mines for the last eight years. He has no company but works together with his brother, who is residing in China, where they export the mined stones after transport via Iran or Pakistan. 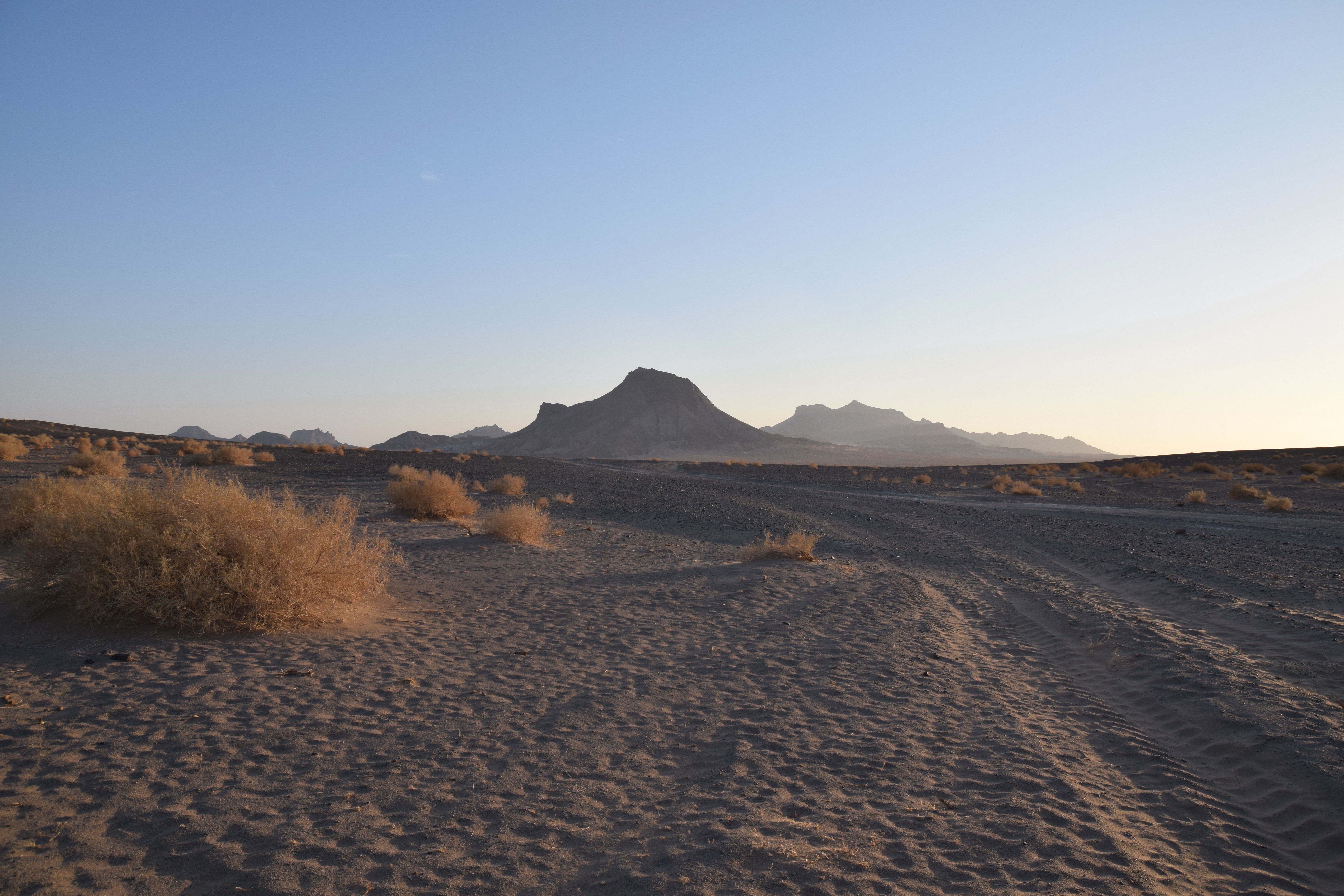 The lone mountains in the desert of Dishu District in southern Helmand Province, Afghanistan, in which the onyx mines lie. December 22, 2021. Photo by Franz J. Marty

“About a year ago, the market has broken down; and since about five months [around the time of the Taliban takeover], it has even become much worse,” Nasim said. “After deduction of costs and paying my men, nothing is left,” he claimed.

Rahmatullah, the man in charge of another nearby onyx mine, indicated the same range. Miners gave various reasons for the deteriorating business, including reduced demand in markets outside of Afghanistan, higher transportation costs, and additional custom fees. 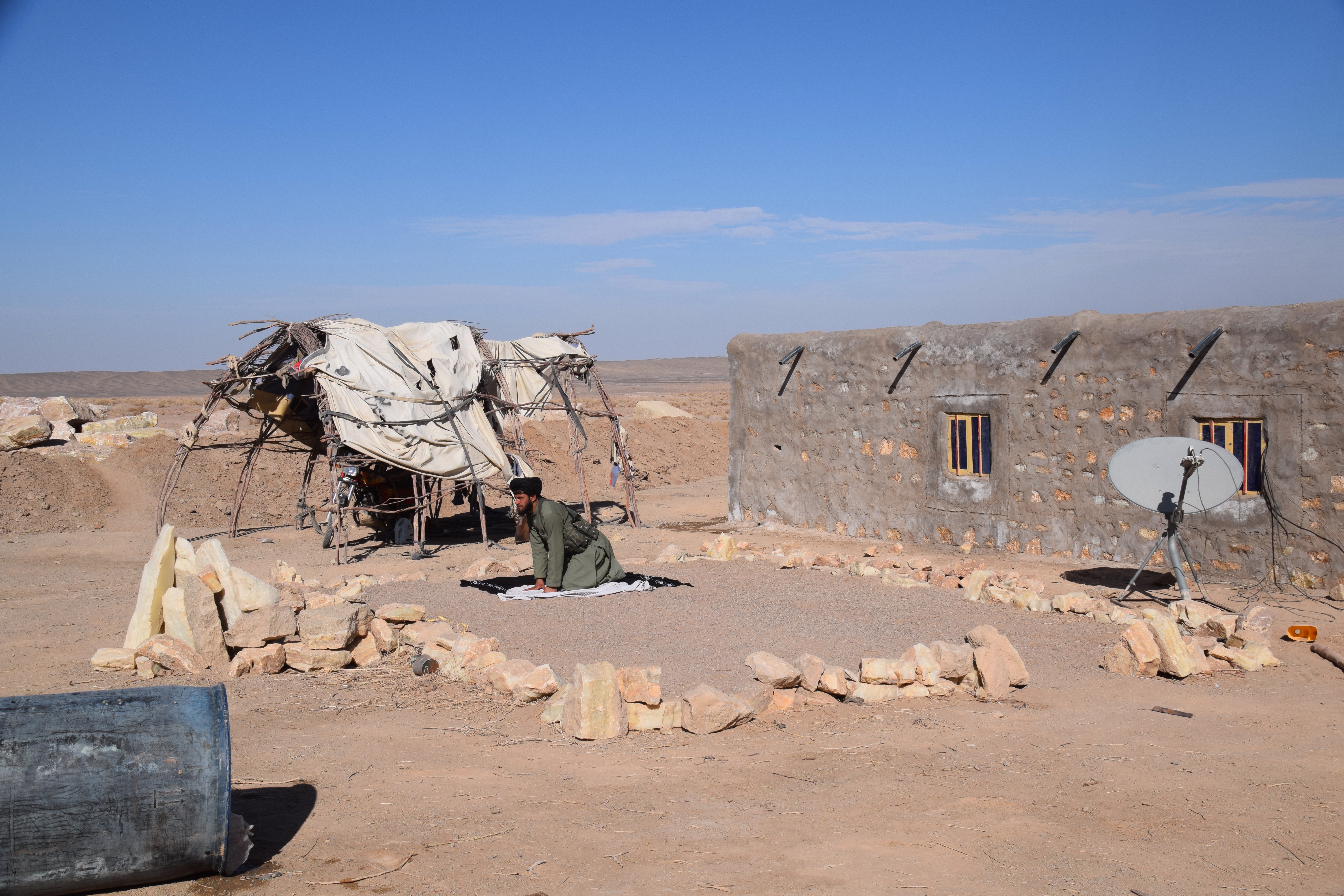 A Talib praying in front of a simple stone hut at the onyx mines in Dishu District, Helmand Province, Afghanistan. The mihrab (prayer niche for the prayer leader) of the improvised open air mosque is partly made of onyx (the light stone seen center left). December 24, 2021. Photo by Franz J. Marty

Some of these reasons are directly linked to the Taliban’s return to power last August, which followed their two-decade-long armed insurgency against the now defunct Western-backed Afghan Republic.

“We used to export the mined onyx via Charuban [a remote place on the Pakistani side of the disputed Afghan-Pakistani border],” Khan, a co-worker of Nasim, said. “This route was short; straight through the desert from the mines.” However, when the Taliban came to power, they blocked traffic via this route, saying that the stones have to be driven north to Lashkar Goh, the provincial capital of Helmand. Before, only a little onyx made that trip, according to Khan, Nasim, and Rahmatullah. This prolonged the transport — and made it more costly.

“Fuel also got more expensive and drivers now charge more in general,” Khan added. The hike in fuel prices is a result of the economic crisis triggered by the unilateral Taliban takeover.

Why, exactly, the Taliban decided to block the route via Charuban remained unclear. Rahmatullah stated that the way via Lashkar Goh was always the official transportation route, but that before the Taliban takeover it was barely passable due to constant fighting. Given that Charuban is only an informal or semi-formal border crossing, it is also conceivable that the Taliban were fine to let it be used while they were an insurgency, but, now in government, want to channel onyx through more official routes.

One miner in Helmand even claimed that, since the Taliban takeover, there has been barely any onyx exported, as Taliban officials from the Ministry of Mines had advised traders to await new trade policies. The Taliban’s Ministry of Mines could not be reached for comments. 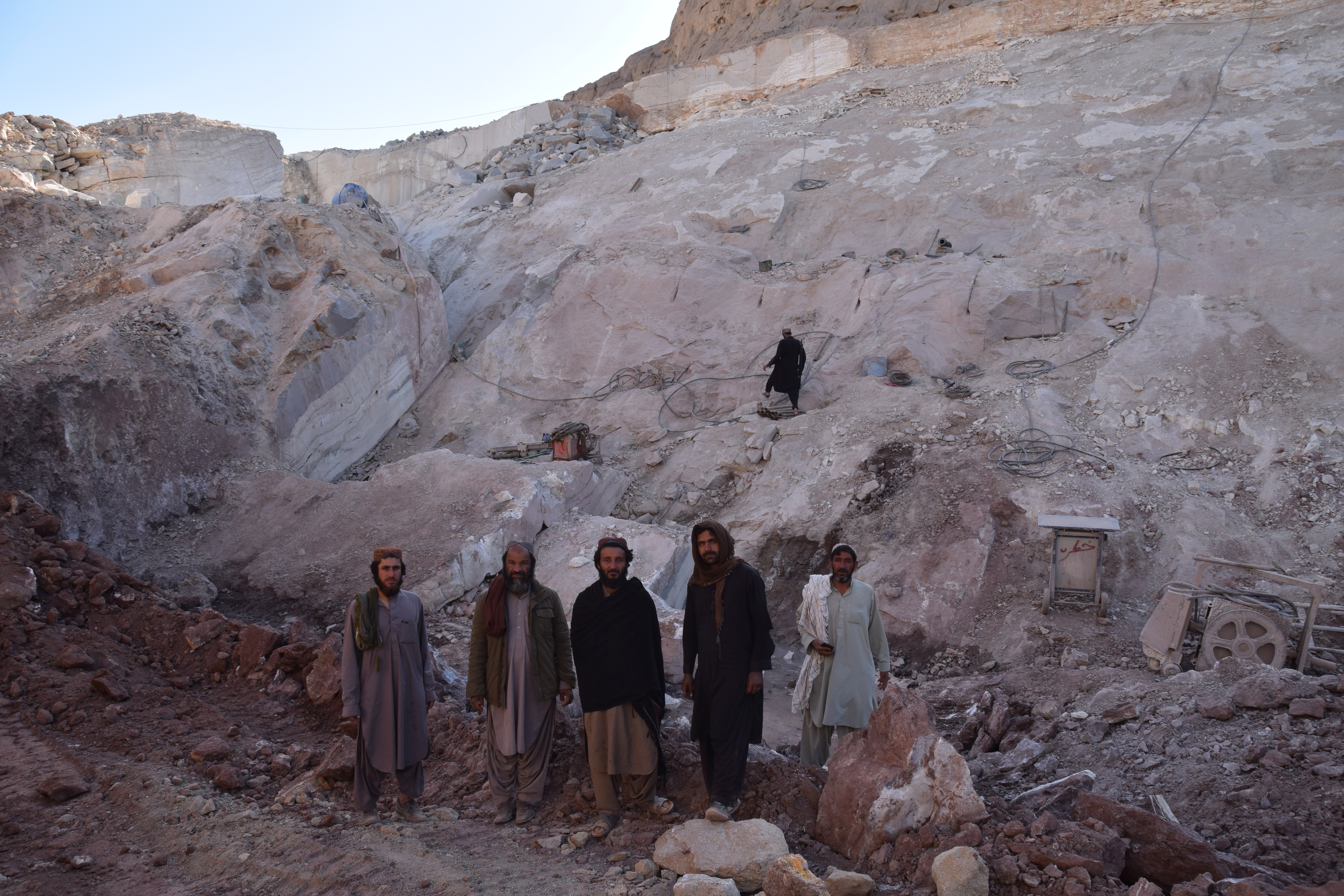 Miners in a mining pit with a large lode of onyx in the background. Dishu District, Helmand Province, Afghanistan, December 24, 2021. Photo by Franz J. Marty

That said, there is some confusion about the dues levied on onyx from Helmand. Another man involved in the trade of onyx asserted that the full amount of all royalties and customs was — before and after the Taliban takeover — 30,000 to 35,000 Pakistani rupees per tonne and that the Taliban had postponed any changes to the new solar year, which starts on March 21. One possible explanation for these discrepancies is that levies in Afghanistan are often open to negotiations.

In any event, high royalties that drag miners and traders into financial troubles are not limited to the onyx mines in Helmand. “I had to suspend my trading of talc, as the Taliban demanded significantly increased royalties that I could not afford anymore,” a man involved in the trade of talc in the eastern Afghan province of Nangarhar told The Diplomat in early January 2022. Talc is a white clay mineral used in baby powder and other cosmetic products.

That said, the Taliban themselves apparently realized that the exploitation of mines needs to be better organized. On January 6, they announced the establishment of a commission to examine how to arrange the extraction of marble from three mines in the central Afghan province of Maidan Wardak and the lapis lazuli mines in the northeastern Afghan province of Badakhshan. Later in January, the Taliban Ministry of Mines published tenders for additional mines in several provinces. What results, if any, this will yield remains to be seen, but even if it should resolve problems at those mines, it would not immediately change the situation in the onyx mines below the craggy peaks in Helmand’s dunes.

More than a year after the Taliban takeover, the prospects for economic development in the country remain bleak.