The internet has played an increasing role in the present revival of Islam in Uzbekistan. After seven decades of atheist Soviet colonization, and three decades of stridently secular independence — a period in which President Islam Karimov maintained strict state control of Islam — Islam’s role in Uzbek society is again growing. The country’s leading religious scholars are using various internet platforms to promote state-sanctioned Islam in new ways.

Unlike in the previous decades, under President Shavkat Mirziyoyev’s rule, public adherence to Islam has become more apparent and observable in society. Not only does it seem that more women are covered from head to toe, but increasingly women in Uzbekistan are covering their faces, leaving only their eyes visible. It’s important to note that under Hanafi Islam, which is practiced widely in the country, women are not obliged to hide their faces, though some choose to.

During the Karimov era, it was mostly elderly women who wore what locals call a “hijab” (generally a reference to any outfit that covers a woman’s body, including hair and neck). Young women essentially had to choose between pursuing an education and a prospective career or wearing a headscarf, as head coverings were not allowed in schools. In rare cases, women faced administrative charges for appearing “in a public place in prayer clothes.” Recently, Tashkent began to allow schoolgirls to cover their hair. One can see young people reading religious books on the streets, while Islamic literature and attire is sold even in the most random places. 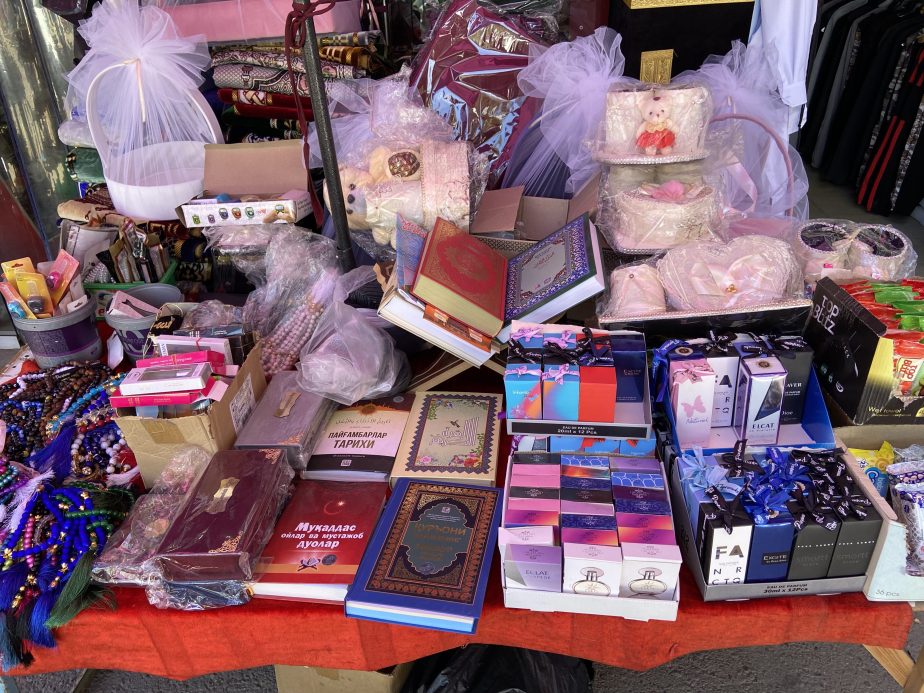 Religious texts sold amid myriad other goods on the street in Chirchik, Uzbekistan. Photo by Niginakhon Saida.

Soon after independence in 1991, most religious literature existed in the form of published books. Only a few who went through an official religious training could publish such books in Uzbekistan. One recent study found that between independence in 1991 and 2017, over 500 religious books were published. Yet more than half of the books published were mere translations either from Turkish or Arabic. The limited number of books has not been able to keep up with growing demand by locals. Some books, such as the publication of the first tafsir (exegesis) of the holy Quran by a local scholar in 2019, were welcomed by long lines to purchase a copy.

The internet era opened many doors for religious figures to reach their audiences both directly and indirectly as internet penetration in Uzbekistan soared over the past two decades. The  number of individual internet users increased from just 7,500 in 2000 to 27.2 million in 2022 (Uzbekistan’s total population is estimated to be around 35.6 million). Although most users, especially in rural areas, rely on mobile internet (over 22 million users), reportedly 54 percent of the households are connected to high-speed internet.

Uzbekistan’s leading religious scholars were quick to recognize the importance and potential of the internet. They have taken to various platforms to spread state-sanctioned Islam. 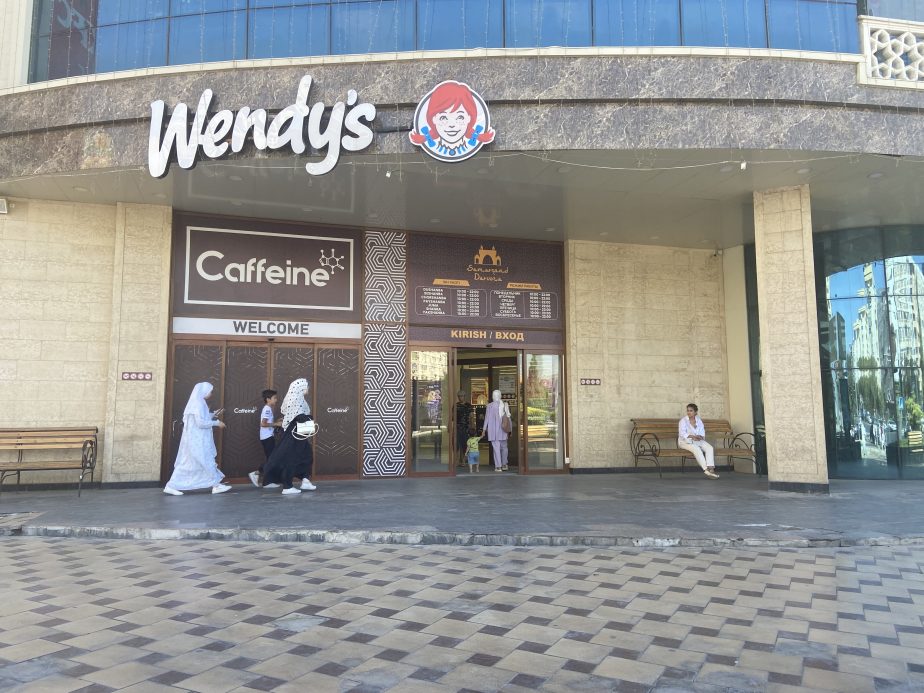 One of the first successful online websites was Islom.uz, a portal dedicated to teaching Islam on the basis of Ahlus Sunnah Wal Jamaah (lit. Adherents to the Sunnah and the Community – a broad term referring to Sunni Islam). It was launched in 2003 by the most prominent Islamic scholar of independent Uzbekistan, the late Sheikh Muhammad Sadiq Muhmmad Yusuf; since his death in 2015 the site has been run by his followers.

One key aspect of Islom.uz’s success is that it established direct contact with locals via a question-and-answer section on the website’s sub-branch Zikr Ahlidan So’rang (Ask People of Knowledge/Remembrance). People could send questions on different religious matters and the Sheikh or his team members would answer online. The site has archives of nearly 200,000 questions on topics that range from prayer and pilgrimage to medicine, to family and children. The short question-and-answer is then published (if the sender consents) both online and on the Telegram channel Zikr Ahlidan So’rang, which currently has around 150,000 subscribers.

This pattern was rapidly adapted by other scholars. For example, Muslimaat.uz has a question-and-answer section for Muslim women in Uzbekistan, as well as Muslim.uz and other religious websites that offer the same service free of charge. As a point of comparison, it was only in 2016, after the death of Karimov, that the government of Uzbekistan launched an online portal to receive “complaints and suggestions from citizens” for Mirziyoyev.

As different internet platforms gained popularity, religious scholars relentlessly invested in almost all of them, depending on local trends. The “Hilol-Nashr” publishing house, established in 2012 and specializing in religious books, developed their own e-book program and allowed readers to get their hands on books not available in print as well as audiobooks.

The “Vaqf” public charity fund, established by presidential decree in 2018, cooperated with all of the available local online and mobile money transfer systems such as Payme, Click, Upay, Oson, and Paynet. The fund itself is evidence of growing Islamization, as it allows Uzbeks to handle their religious financial obligations, such as zakat (an annual, mandatory tax on one’s wealth if a person’s savings are above the minimum amount, nisab, which in Uzbekistan in 2022 was around $3,132, up from $2,500 in 2021), or other forms of voluntary almsgivings as a form of financial praying. In any given month, the fund receives from 1.5 billion to over 5 billion Uzbek som ($140,000 to $460,000) – donations increase in holy months, such as Ramadan or during the celebration of Eid. In July 2022 alone, the fund raised over 1.7 billion Uzbek som (up from over 1.1 billion Uzbek som for the same month in 2021).

The internet is successfully used by local religious scholars not only to spread Islam, but also to meet the growing needs of religious locals seeking to learn tajwid (the pronunciation of Quranic words correctly) and even the Arabic language. YouTube has become the most common platform for online classes in this vein. For instance, Muallimi Soniy (the second teacher) YouTube channel teaches tajwid, the Arabic language, and praying among other Islamic matters. It has over 400,000 subscribers with some videos being viewed by millions. Similarly, AlQuranUz, IxlosTV, Islom Uz and a number of other channels enjoy the attention of a few hundred thousand subscribers each. 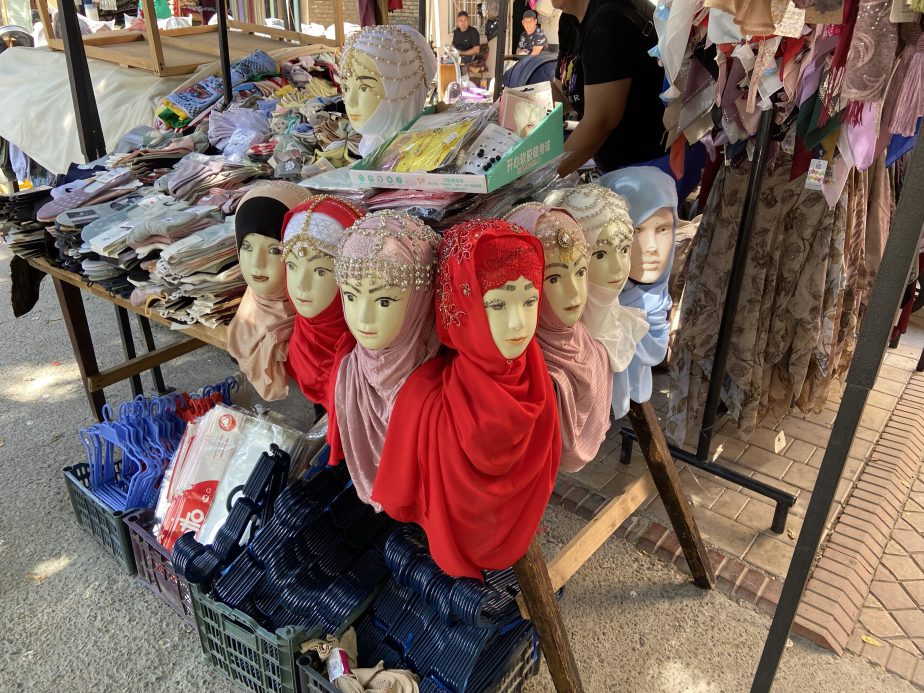 Headscarves for sale in Chirchik, Uzbekistan. Photo by Niginakhon Saida.

Mirziyoyev’s more open politics toward the practice of Islam in the country gave a boost to the Islamization of Uzbek society. For a nation that lived for seven decades under Soviet atheism, and three more with a more cautious approach to Islam, there is an increasing embrace of Islam in the country now. This religious awakening, while positive for Uzbeks to connect (or reconnect) with their religious heritage, has had negative side effects, too. Many are finding themselves inadvertently divorced in the eyes of God due to the lack of proper Islamic education, with so much knowledge lost to the Soviet period, while others rather unfairly look for a second wife or become one.

A recent study found that the publication of state sanctioned Islamic books “do[es] not lead to increase Islamic sentiments among the Muslims of Uzbekistan.” The content of state-sanctioned Islam taught online does not differ from what is published in the books – it is the delivery that makes a difference. While books are limited, online content is always available and local Muslim scholars are using the opportunity to the fullest.

Polygyny is not legal in Uzbekistan, yet some men seek out second wives anyway.

The Justice Ministry is alarmed about religious figures whose teachings blur the line between religion, their personal moral views, and the law.

Visit Uzbekistan and you’ll see a variety of alphabets used, a product of the country’s many changes and the long march toward fully using a Latin script.