The ongoing crisis over the Senkaku/Diaoyu islands may be bringing Asia to the cusp of war. Trefor Moss recently wrote that a Japan-China war over these disputed islands is very unlikely. That could be right. Or it could be wrong. But even a very small chance of a Sino-Japanese war breaking out in 2013 is enough reason to work to try to prevent it.

What follows is a six-point plan to seek to deescalate the dispute in the short term. It is no doubt flawed and incomplete, but international diplomacy is never perfect, nor does it have to be. However imperfect a resolution to this dispute may be, it is almost certainly preferable to war for all parties involved.

The following recommendations are directed at Chinese and Japanese decision-makers: 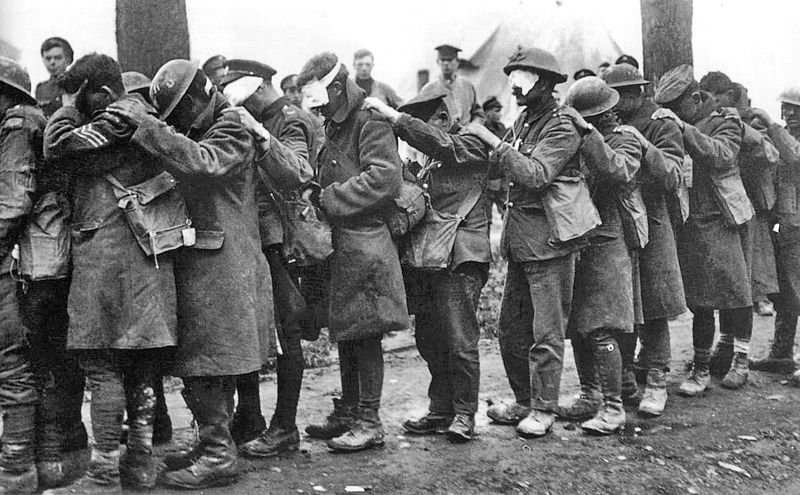 1. Remember the price of war.

Looking at a two-dimensional military map, drawing arrows and moving colored chips across it is the highest possible abstraction of war. The strategist’s viewpoint reduces lives to tokens, dehumanizes war, and gives the mistaken illusion that killing and dying is as simple as a game of chess. Always remember the costs of war when making decisions of such gravity. Transport your mind into that of the soldiers and sailors you are sending to their graves. Ask yourself, as the philosopher does, what becomes of your humanity “while half a pound of lead, sent from the distance of a hundred steps, pierces my body, and I die at twenty years of age, in inexpressible torments, in the midst of five or six thousand dying men…” As an unnamed source put it, “there’s some 24-year-old kid in the Japanese Coast Guard who has a family and friends. At some point he’s going to take a .50 caliber round over this.” Always bear these images in your mind before you commit lives to the horrible business of war.

2. Help your opponent save face.

In a cycle of escalating conflict, each side is tempted to force the other side to lose face, humiliate them in front of domestic and international audiences and, eventually, back down. The thing is – it hardly ever works out like that in practice. Both sides in a conflict still have politics, and intransigency or provocation (real or perceived) by an adversary usually only emboldens the hawks and their zero-sum mindset in any country. Thomas Schelling made the essential point that it may often benefit conflicting parties – who are attempting to compel changes in each other’s behavior through military pressure – to only vaguely communicate their demands in public. By shrouding their key demands in ambiguity, and communicating them privately (or even tacitly), leaders are better able to comply with demands without losing face in public. An excellent example is the resolution of the Cuban Missile Crisis,when a (then-secret) U.S.-Soviet missile swap deal had the U.S. pull missiles out of Turkey to allow the Soviets to withdraw gracefully from Cuba. In Asia, where the concept of face is particularly important, it is doubly important that Chinese and Japanese leaders not back each other into a corner by threatening one another’s political survival. 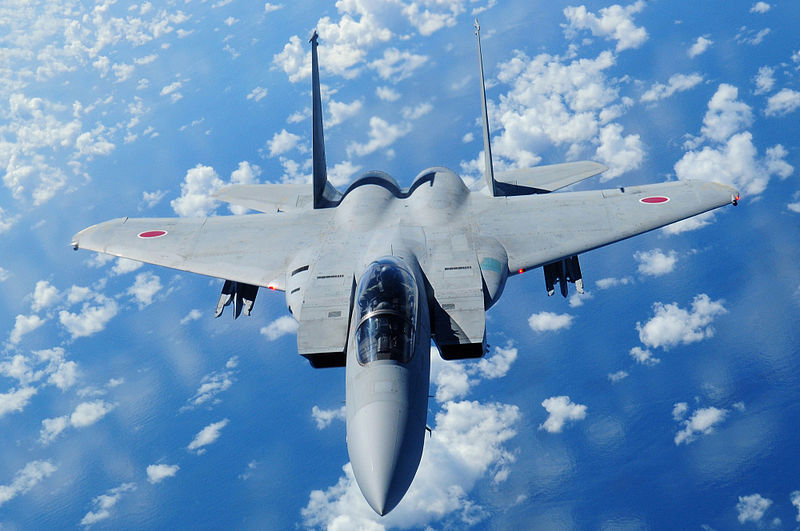 That means, above all, not firing the first shot. There are some fairly clear red lines: i.e.Chinese paramilitary or military forces landing on the disputed islands; Japanese planes shooting tracer bullets at their opponents; either side wounding or killing another’s serviceperson etc. All of these thresholds, once crossed, invite further destabilizing escalation. It is difficult to conceive of the two sides escalating into a major conflict without an initial provocation like this. Unless the aim of Japan or China is to launch a regional war, which is highly unlikely, then each party should be sensitive to the basic red lines of the other. Since this dangerous cat-and-mouse game is being played in the waters and airspace around and over these disputed isolated islets, it is crucial that civilian crisis managers on each side assert uncontested authority over their military subordinates’ moves. Remember that a projectile that kills accidentally does not look like an accident on the receiving end.

4. Do not miscalculate your (or their) military capabilities and fighting resolve.

Some leading research on the psychological process involved in crossing the Rubicon of war suggests that belligerents tend to be buoyed by overconfidence as war looms closer. Leaders tend to over estimate their own capabilities, and underestimate their enemy’s capabilities and resolve during dangerous crises. This is relevant to both parties in the Senkaku/Diaoyu standoff.

In this context, one should be concerned about reports that "In the event of war with China over the disputed Diaoyutai (Diaoyu or Senkaku) islands in the East China Sea, Japan's defense ministry would attempt a coordinated attack with the U.S. to sink China's first and only aircraft carrier in service…" Similarly, the Chinese People’s Daily’s dismissal of the seriousness of Japan’s capabilities and intent to fight to defend the Senkakus – based on faith in the coercive power of Chinese missiles – is also dangerously simplistic. Neither party can predict the outcome of such a war. Any comments to the contrary are propaganda at best, delusional optimism at worst.

5. Begin a strategy of graduated reciprocity in tension reduction.

At the height of the Cold War, psychologist Charles E. Osgood proposed a strategy of “graduated reciprocity in tensions reduction,” or GRIT. As Walter Clemens puts it, the initiator begins by communicating the following intention to the other side:

“We are embarking on a strategy to reduce tensions. We will make several unilateral initiatives to demonstrate our goodwill. We will give you time to respond in a positive way. If you reciprocate, we will proceed to larger concessions and compromise accords. But unless tension-reducing moves become reciprocal, we will revert to hardline [tit-for-tat].”

Interestingly, Prime Minister Shinzo Abe may have already sent such a first signal in a letter to Chinese authorities, hand-delivered by Japanese envoy and coalition partner, Natsuo Yamaguchi. This was a risky move for Tokyo to make, since it may come under fire domestically as folding early, but it was a demonstration of clear political courage to get out of a downward spiral of conflict. Tokyo, and the world, should now watch for China to reciprocate this goodwill gesture with a concession of its own. In all likelihood, Chinese leaders will be constrained in their ability to further escalate tensions on the heels of such a Japanese good faith outreach effort, since the image of China as a bullying aggressor would quickly reverberate across all of Asia. 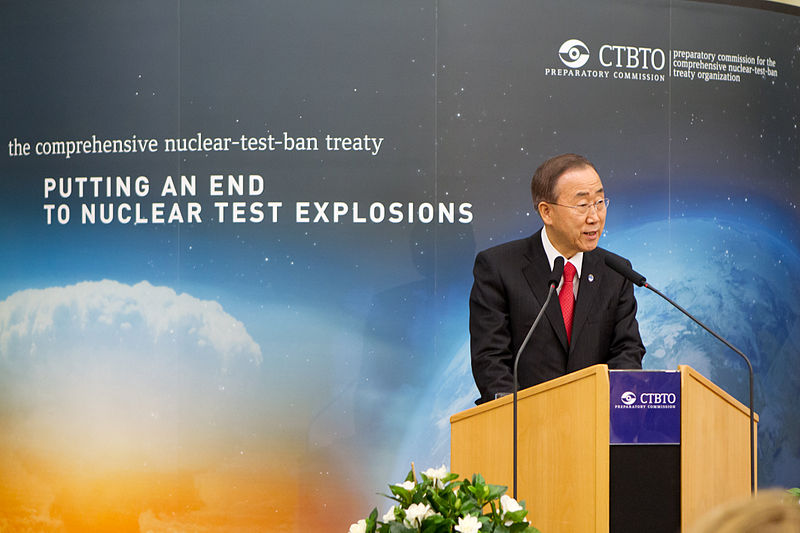 UN Secretary-General Ban Ki-moon has not been as publicly vocal on the Senkaku/Diaoyu dispute as he has been on other issues like Syria, for example. Both China and Japan would stand to gain by inviting Ban Ki-moon’s assistance to resolve the dispute – or at the very least prevent war. They need not accept his recommendations, or even publicly acknowledge his mediation efforts. But the mere presence of a third-party genuinely interested in the prevention of war as an end in itself can be immensely beneficial by creating options which the disputants may not have heretofore considered possible.

This final proposal should not be mistaken for starry-eyed idealism in the capabilities of the world body. The UN has many flaws. But its primary purpose, and its most enduringly relevant one, as Dag Hammarskjöld made clear, was to prevent small disputes from engulfing the great powers in world war.

Daryl Morini is a Pacific Forum CSIS WSD-Handa Non-Resident Fellow. He is a PhD researcher on preventive diplomacy, Deputy Editor of e-IR, and has work experience in international institutions, including the UN. Follow him at: @DarylMorini

Even as tensions between Beijing and Tokyo grow by the day, there are good reasons to believe outright conflict can be avoided.

How Involved Is Xi Jinping in the Diaoyu Crisis?

As tensions rise, Linda Jakobson looks at how China’s leader-in-waiting may be involved—and the role of dysfunctional decision-making.

The Art of the Balance: Japan, China and the United States

It’s no easy thing to balance a distant ally with a worrisome close neighbor.

Dmitry Medvedev’s decision to visit a disputed island chain piles the pressure on a Japanese government already wrestling with China.