Earlier this week, Chinese media reported that China and Thailand had signed an agreement to build a canal through the Kra Isthmus, creating a way for ships to bypass the Malacca Strait. The reports have since been denied by both the Chinese and the Thai governments.

The initial report, published by the Hong Kong paper Oriental Daily (summarized in English here by WantChinaTimes) specifically said that “representatives” from China and Thailand (implying government participation) had signed a memorandum of cooperation on the project in Guangzhou. There were even details on the construction of the canal. Planned to be 102 kilometers long, 400 meters wide, and 25 meters deep, it would take ten years and cost $28 billion to build. Oriental Daily said the MoC marked the “formal beginning” of the long-discussed project. 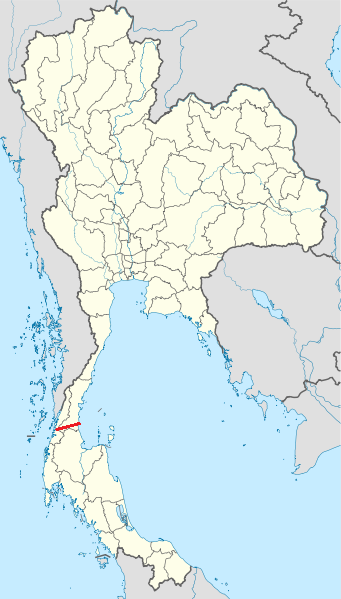 The rough location of the planned canal.

The Kra Canal would shorten travel from the Indian Ocean and the Pacific by 1,200 kilometers, saving vessels up to five days in travel time. Given the potential benefits, the idea has been under discussion since the 17th century, as my colleague Ankit noted in a 2013 analysis, though no concrete progress has even been made.

But the Kra Canal has gained new life recently, as China continues to expand its vision for a Maritime Silk Road (MSR) connecting China’s coast line with the Indian Ocean and even the Mediterranean Sea. The Kra Canal would be a serious prestige project for the MSR – and would have the added strategic benefit of reducing China’s reliance on the Malacca Strait. Currently, around 80 percent of China’s oil imports must pass through the Malacca Strait, leaving China vulnerable to a blockade in the case of a contingency. Chinese analysts are upfront that the need to reduce reliance on the Malacca Strait is a driving force behind the MSR. By that logic, the Kra Canal is a very attractive project for Chinese leaders.

But let’s not assume that the long-dreamed-of canal is about to become a reality. An official from Thailand’s Transport Ministry told Channel NewsAsia that there were no such plans to begin work on the canal. Another government official, who requested anonymity, said that China will likely push hard for the project, but that Thailand isn’t as eager. “It is unlikely for Thailand to agree on the project because we are concerned about national security,” the official said, concluding that “it is unlikely for the Kra Canal project to be materialized anytime soon.”

Meanwhile, China’s Foreign Ministry denied any knowledge of discussions about the canal. In response to a question about the supposed China-Thailand agreement, spokesman Hong Lei told reporters, “It is also from the media reports that we learned about that. I have not heard of any plan of the Chinese government to take part in the project.” The Chinese embassy in Thailand issued a similar denial, saying that no Chinese government departments had had any cooperation with their Thai counterparts on the canal project – not even joint research.

Channel NewsAsia suggests that the initial reports may have been based on a misunderstanding that conflated private groups with official government figures. Thailand does have a “Kra Canal Committee,” but the groups is made up of businessmen and former officials and not directly connected to the current government. A similar collection of private citizens may have indeed met in Guangzhou to discuss the canal project.

The canal would be of obvious value to China, particularly if its businessmen take the lead in construction. A Chinese businessman is undertaking the massive task of building a canal through Nicaragua to rival the Panama Canal for transit between the Atlantic and the Pacific. In return, the Chinese company will get a 50-year concession granting them control over the canal, with the option of renewal when the 50 years are up. China pursued a similar arrangement – construction in exchange for territorial control – in the controversial Colombo Port City deal in Sri Lanka.

Control over a canal on the Kra Isthmus would be a strategic godsend for China –but is also a major part of the “security concerns” referenced by the Thai official. Chinese analysts are already speculating that a Chinese-built Kra Canal would allow Beijing to refuse passage to ships at its discretion, potentially dragging Thailand into the middle of a nasty situation. Plus, there are the obvious concerns about ceding control over such a valuable strategic asset to another country.

Overall, China’s MSR faces an uphill battle among its nearest neighbors due to security concerns and general uncertainty regarding China’s intentions for the region. Aside from Thailand, Vietnam, the Philippines, Indonesia, and India all have expressed varying degrees of reservation about whether the MSR will truly be “win-win” for both their countries and China. That’s in stark contrast to the other half of the “Belt and Road,” the Silk Road Economic Belt, which has been enthusiastically received by China’s neighbors to the west.

Despite media reports, the Kra Canal remains a dream – for now.

A 200-year-old dream might finally become a reality under China's Belt and Road.

Cyprus: The Next Stop of China’s Belt and Road Initiative

Cyprus' geographical location, EU membership, and importance as a transshipment hub have drawn interest from Beijing.

Why Some of China’s Most Ardent Nationalists Are Fangirls

How Old Is China’s Belt and Road Initiative Exactly?

The policies that became the Belt and Road Initiative date back into the early 2000s.

Nusantara Gets the Nod as Indonesia Names Its New Capital City

Construction of the new capital is to begin this year with an eye-watering budget of $35 billion.

The government is aiming to fully vaccinate the country's adult population by the presidential election on May 9.

The internet has developed into an easily accessible “open university” for hate speech and propaganda.

Opponents of the Marcos clan have filed a number of petitions seeking to disqualify Ferdinand "Bongbong" Marcos from the May election.