China’s doing quite a bit to prepare for its September 3 military parade to commemorate 70 years since it triumphed in the “War of Chinese People’s Resistance Against Japanese Aggression.” The least we can do is pay attention. Notably, many expect that Beijing will show off new cruise and ballistic missile systems, possibly even lifting the veil off never-before-seen systems. Recently, a deputy chief of the Operations Department of the General Staff Headquarters of the People’s Liberation Army, involved in the planning of the parade, ntoed that 84 percent of what we’ll see at the parade will be on public display for the first time. Indeed, as Franz-Stefan Gady noted earlier this week, we’ve already seen a few peeks of never-before-seen systems in rehearsals for the parade. Here are three systems in particular that you should keep an eye out for as Thursday’s parade approaches: 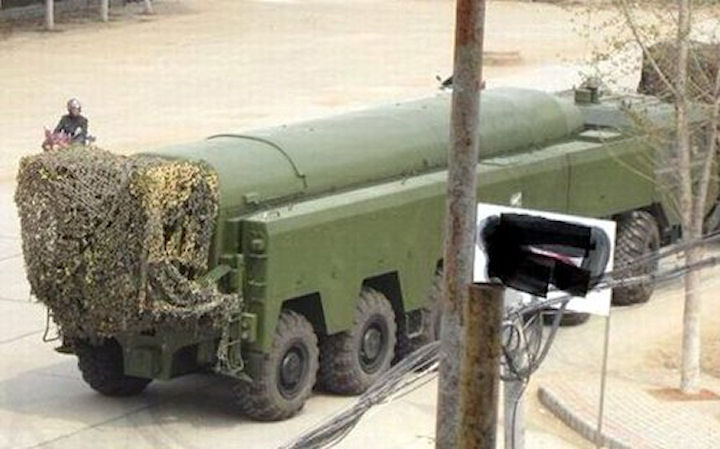 The DF-16 is a short-range ballistic missile (SRBM) and  has been under development for some time and will enter service with China’s Second Artillery Force.  This one will be a pleasant surprise if it does make an appearance at the parade since very little about the system is known (at least publicly). Per the U.S. Department of Defense’s 2015 report on China’s military, the DF-16 is expected to possess a range of just around 800-1,000 km. The DF-16, alongside the DF-21 medium-range ballistic missile (MRBM), a system we’ve covered extensively here at The Diplomat, will considerably bolster the PLA’s ability to strike Taiwan across the strait. 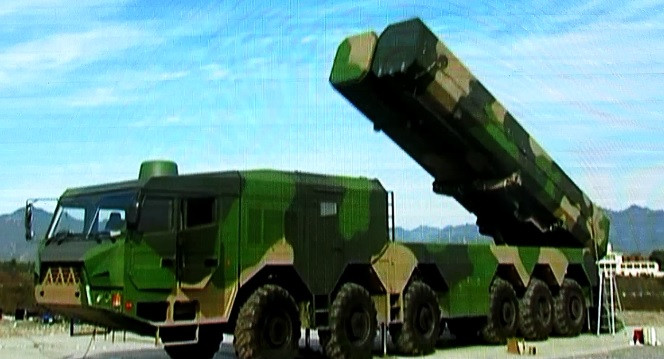 The YJ-18 is an interesting addition to China’s arsenal of anti-ship missiles. The U.S. Department of Defense sees the YJ-18 as China’s in-house take on Russia’s SS-N-27. China acquired that system when it acquired Russian Kilo submarines. The YJ-18 will be important in allowing China to develop a truly expeditionary “blue water” navy. China’s Song-, Yuan-, and Shang-class submarines will field the system, accompanying People’s Liberation Army-Navy (PLAN) task forces out at sea. Chinese advances in military C4SIR (Command, Control, Communications, Computers, Intelligence, Surveillance and Reconnaissance) should allow the PLAN to make the most of the 290 nautical mile range of the YJ-18 to deter over-the-horizon threats. The YJ-18 may also find its way onto China’s Type 052D Kunming-class destroyers and land-based launchers (such as the one pictured above). 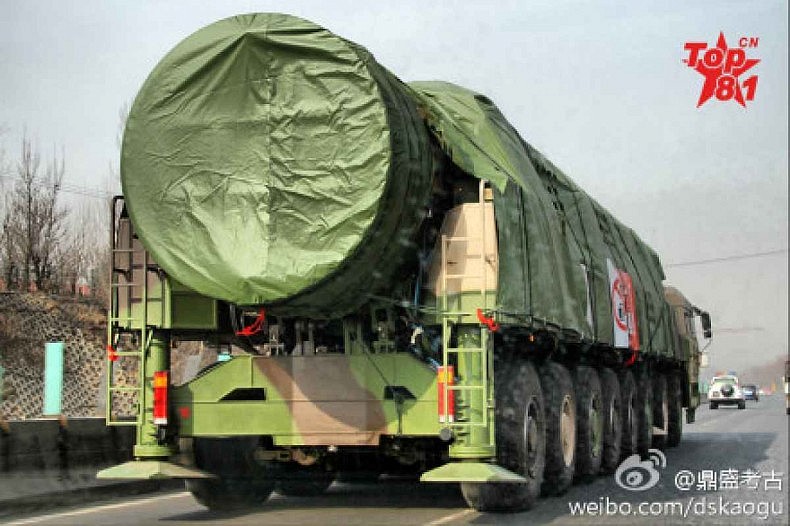 Weighing in at 80,000 kilograms, roughly on par with the U.S. Minuteman-III, and with an inter-continental range, the DF-41 is the big kahuna of the Dongfeng series of ballistic missiles. Most of what we “know” about this system is based on educated guesswork, but the DF-41 is thought to be a cannister-launched, solid-fuel, road-mobile inter-continental ballistic missile (ICBM). Such a system would bolster the survivability of China’s nuclear deterrent. In its 2015 report on China’s military, the U.S. Department of Defense speculates that the DF-41 may be designed with multiple independently targetable reentry vehicles (MIRVs).

Keep an eye out for these three Chinese missile systems at this Thursday’s parade in Beijing.

Is China Getting Ready to Finally Reveal the DF-41 Intercontinental-Range Ballistic Missile?

Is the long-awaited DF-41 expected to make an appearance?

Meet the DF-31AG and the DF-26: The Big Ballistic Missiles at China’s Military Anniversary Parade

It's Official: THAAD Missile Defense Is Up and Running in South Korea

For Third Time Ever, China Shows Off Its DF-16 Medium-Range Ballistic Missile

The DF-16 was first seen publicly in a September 2015 military parade.

Blasphemy prosecutions have become more common over the past two decades, undermining Indonesia's reputation as a moderate Islamic state.

The inauguration of Ferdinand Marcos Jr. caps off a remarkable 36-year comeback for his controversial family.

Bureaucratic rivalry and overlapping mandates have prevented the country from pushing ahead with a planned data protection bill.