Aqeela Asifi fled Afghanistan as a young woman. A 26-year-old teacher in Kabul, Asifi had already lived through revolution, invasion, and occupation when the civil war broke out in 1992. As rival mujahideen factions laid siege to Kabul, Asifi, her husband, and her two small children fled to Pakistan. She was one of more than three million Afghan refugees in Pakistan during the 1990s. Over 180,000 people lived in the refugee camp near Kot Chandana in southeastern Punjab province where Asifi and her family ended their flight from war.

Asifi noticed the lack of education opportunities for children in the camps, particularly girls. After gaining the backing of village elders, Asifi one-by-one convinced refugee parents to allow her to tutor their children. After 23 years, Asifi’s school moved from the back of her brother-in-law’s tent to a formal tent-school to a permanent building. She shepherded more than 1,000 girls through the eighth grade, overcoming functional difficulties, cultural challenges, and bureaucratic roadblocks. Kot Chandana’s refugee population has shrunk to 13,400 as Afghans return to their country, among them young women who benefited from Asifi’s determination. 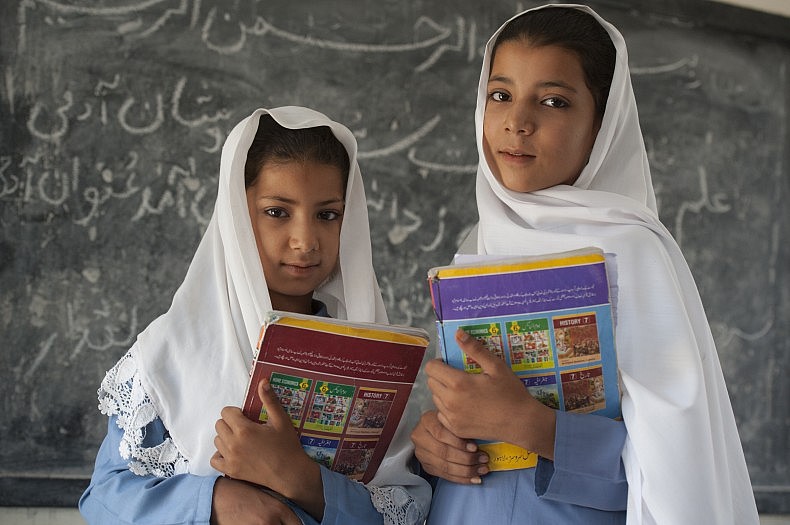 Haseena, nine years old, left, and Nadia, twelve years old. The sisters are the second generation of Afghan refugee girls to attend Asifi’s school. Their mother, Salma, was among the first girl students two decades ago.

Today, the United Nations High Commissioner for Refugees (UNHCR) recognized Asifi with the Nansen Refugee Award for “her indefatigable efforts to help girl refugees access education.” According to the UNHCR, in a report released today, half of the world’s out-of-school children are in conflict zones. The report says that “The tragic irony is that those countries whose children are out of school are the very ones that are in the greatest need of educated citizens to help them rebuild.” UNHCR cites a prominent argument, made also by the World Bank, that educating girls has a “multiplier effect.” Educated women “are able to take control of their own futures, improve their health and well-being and contribute financially to their family.”

Moreover, young people returning to Afghanistan will play an important role in shaping the country’s future.

“Access to education is a basic human right. Yet for millions of refugee children it is a lifeline to a better future which they have been heartbreakingly denied,” UNHCR Goodwill Ambassador Khaled Hosseini says in the UNHCR press release. “I have met many young refugees who have been torn from everything that makes them feel safe: their homes, their families, their friends and their schools. Investing in their education is an investment in their future, giving them hope and the chance to one day be a part of rebuilding their broken home countries.” 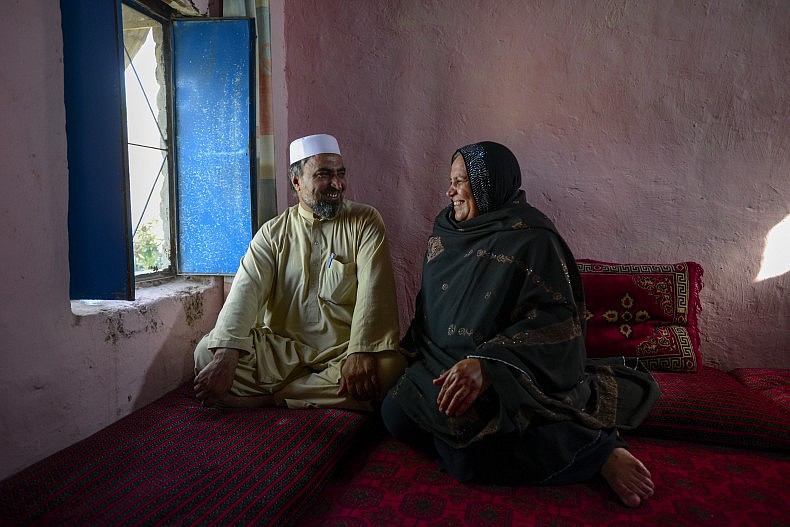 Asifi with her husband Sher Muhammad in their home. He has championed her work with refugee girls from the beginning: “In the future I would like [the schools] to go beyond 8th grade and include technical schools, so they can play a positive role in the development of Afghanistan,” says Muhammad. UNHCR/S. Rich

Although millions of Afghans have returned to the country after the 2001 ousting of the Taliban regime, more than 3.7 million Afghans continue to live as refugees, many of them in neighboring Pakistan and Iran. Counting, caring for and repatriating millions of refugees is a herculean task, and as the Special Inspector General for Afghan Reconstruction (SIGAR) notes in a recent audit of U.S. funds directed toward refugee programs, it’s not only difficult to verify how many refugees live in Pakistan and Iran but those who return to Afghanistan still face difficulties. Corruption and lack of capacity in the Afghan Ministry of Refugees and Repatriation has meant that returnees may not get the help they need–those who are illiterate and uneducated don’t have as many opportunities either.

Before the recent surge in violence in Syria and Iraq, which has generated more than 4 million refugees, UNHCR reported that Afghanistan was the world’s top producer of refugees for the 32nd year in a row last year. “Afghanistan is the largest, most protracted refugee crisis in the world,” the recent UNHCR report notes.

The report launched today, titled “Breaking the Cycle: Education and the Future for Afghan Refugees” along with Asifi’s award is intended to emphasize the importance of education as part of managing refugee crises. Coming, as it does, amid increased international attention on the Syrian refugee crisis, one hopes Asifi’s story serves to inspire others to do what they can to help those feeling war, wherever they are. The award being given to Asifi is intended to serve as a “testament to the fact that solutions can be found even in the most challenging of contexts.”

Refugees are a serious humanitarian crisis and politically difficult issue throughout Asia–from Afghan refugees in Pakistan to the plight of Rohingya and other refugee groups in southeast Asia–but also, unfortunately, around the world. 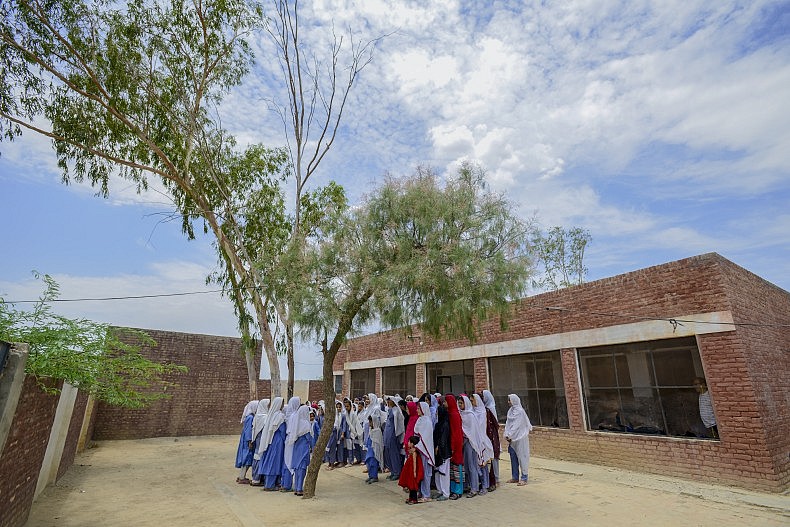 For Refugees, Returning to Afghanistan Is Easier Said Than Done

For three decades Afghanistan was the world’s largest producer of refugees. Millions have returned but problems remain.

By Mehdi Fattahi and Isabel DeBre

Both Iran and the Taliban do not want an escalation, but long-smoldering hostilities risk spiraling out of control.

US Diplomat Apologizes to Thousands of Afghans Stuck in UAE

Around 12,000 Afghans remain stuck in Abu Dhabi. They represent a cross-section of those who fled the Taliban's lightning advance in August, from journalists to judges to soldiers.