The International Monetary Fund’s decision to include the Chinese currency in its Special Drawing Rights (SDR) basket from October 2016 has been viewed as a major step forward in Beijing’s international economic aspirations. The first change in the SDR’s currency composition since 1999 could result in the yuan eventually replacing the euro as the main alternative currency to the dollar, with an estimated $1 trillion in global reserves expected to be converted to yuan-denominated assets.

Pacific Money spoke to Roger Bridges, chief global strategist for interest rates and currencies at Nikko Asset Management Australia, on the IMF’s move and its implications for global markets. 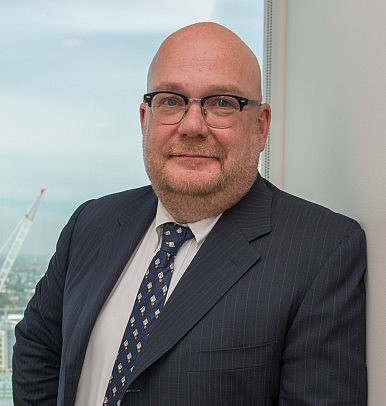 How do you see the significance of the IMF’s decision for China and the world?

It’s an acknowledgment by the IMF of the importance of China and the importance of the yuan in the international system. One of the issues the Chinese are very skeptical about is that the IMF, the World Bank, and a lot of the infrastructure was set up by the U.S. and the West at the end of World War Two, and it’s been developed since then and they’ve had no say in it.

That’s one of the reasons they set up the Asian Infrastructure Investment Bank, so they have more control over it than they have over the other institutions. Although the IMF tried to get the Chinese more involved in the decision-making process, it hasn’t been ratified by the U.S. Congress, so this is a way for the IMF to say that it recognises the yuan as a global currency and we’re going to give you a weighting higher than the pound and the yen but in line with your percentage of global exports.

I think it’s a very important signal to China that it’s in their interests to be part of this infrastructure, which has been managing international financial relations for the last 50 plus years.

The IMF has set the yuan at 10.9 percent of its currency basket, ahead of the Japanese yen at 8.3 percent and the British pound at 8 percent. Does this suggest a downgrade for the yen and pound in terms of their international usage?

The biggest decline is in the euro, as Europe represented 90 percent of the adjustment, including the pound. So it does signal that the yen, pound and euro are declining relatively to the yuan, for various reasons. At the same time, the U.S. dollar remains dominant as there was no movement in the U.S. dollar weighting.

Does the yuan’s weighting mean that central banks will be required to hold that proportion of yuan, and that banks and funds will be buying more yuan?

I don’t think so at this stage, as there’s no correlation between the SDR basket and what people hold in their international flows. But what it will do is that by doing this, it will require them to open up their capital account and get rid of some of their capital controls. So people can invest and borrow in yuan, and it becomes a capital-based system rather than just on trade.

Traditionally, Australian resource and other exports have been priced in U.S. dollars – will we see more deals priced in yuan?

We’re already seeing a little bit of that – China is involved in 50 percent of the commodities market and they’re trying to increase usage of yuan in their trade. I think it’s around 25 percent of all their trade and this will increase further. We’re also seeing futures markets set up in iron ore which are yuan-based, not U.S. dollar based, so the process will continue.

Chinese authorities have the yuan trading within a narrow band. Will China now eventually move to a free float like the Australian dollar or other currencies?

I think it will happen, how quickly I don’t know. One reason is that although they’re a socialist market economy, there’s still that element of command and control and they don’t really like surprises. They will be very nervous about letting markets take charge…we’ve seen that with the stock market where they’ve tried to control it. There will be people who try and stop that process, so it will be a slow process to get it absolutely floating as per the Aussie dollar.

An estimated $500 billion has flowed out of China this year – this would suggest the yuan faces further downward pressure should it be freed further.

How do you see the outlook for yuan-denominated assets over the next five to 10 years and the main impact for investors and traders?

In 2014, total reserve managers had just 1.4 percent in yuan, and to make it a true reserve currency you need to provide deep markets. We’ve already seen Britain issue into the yuan and you need more of that so people have the ability to invest, not only reserve managers but other asset managers. So I think you’ll see that develop and that will continue.

The Chinese want to develop a yuan yield curve so that investors have a choice of maturities to invest in. So gradually we’ll see an opening up and people will have to take this very seriously as to how it affects their portfolios going forward, particularly if it becomes a major currency. At the moment, the IMF is saying it’s probably more important than the pound and the yen, and obviously as their economy grows and they become richer, their worth will grow as well.

In a setback for Chinese officials, MSCI won't be adding Chinese A shares to its key emerging markets index.

Uncharted Waters for the Renminbi in 2016

Moves by China's central bank and the IMF have seen the renminbi enter a new era.

The Renminbi Joins the IMF's SDR Basket. Now What?

This is a big moment for China, but its economy still has challenges that it needs to address.

The IMF has said that it will recommend the renminbi's inclusion in its elite SDR basket of currencies.