The Diplomat’s Franz-Stefan Gady recently spoke with Srinath Raghavan, Senior Fellow at the Center for Policy Research in New Delhi about his latest book, India’s War: World War II and the Making of Modern South Asia, published in May 2016.  The book offers a comprehensive account of how India raised, trained, equipped, and deployed a 2.5 million-strong Indian Army–the largest voluntary force in the Second World War–amidst domestic growing turmoil and the last days of British imperial rule on the Indian subcontinent.

The Financial Times said that the book is “is a reminder not just of India’s historic contribution to the defeat of fascism, but also its geopolitical potential throughout the Indo-Pacific.”

The Diplomat: In your book you write that South Asia remains a product of the Second World War. Can you elaborate?

Srinath Raghavan: This is true is so many ways. For starters, the partition of India and the creation of Pakistan would have been inconceivable without the war. The subsequent trajectory of Pakistan, especially the dominance of the military in politics, also start with the war. By contrast, many of the ideas that animated the republican constitution of India were debated and distilled against the backdrop of the war. The postcolonial state in South Asia was also heavily shaped by experience of the war. This is equally true of economic and social policy as of other domains like internal security. The Second World War had a profound impact on South Asia–one that historians are only now coming to terms with.

The Indian Army (British Indian Army) was the largest volunteer force of World War II. It also included entire British units. Can you briefly explain why this is the case?

We must distinguish between the “Indian Army,” which consisted of Indian troops and British as well as Indian officers, and the “Army in India,” which was made up of the Indian Army and units of the British Army posted to India. The Indian Army was indeed the largest voluntary force during the war. 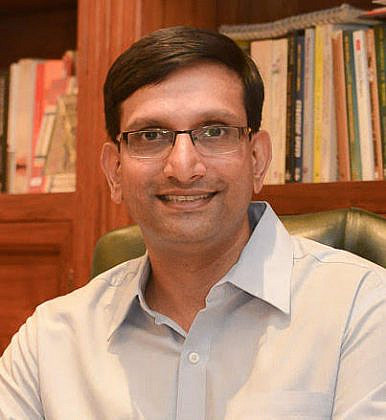 India also mobilized a large number of troops for service overseas during World War I. What is the difference between the armies of 1914-1918 and 1939-1945?

First of all scale. The Indian Army in World War II expanded to a bit over 2.5 million men, whereas in World War I the number was just short of 1.5 million. Second, the geographic scope of recruitment was necessarily wider in the Second World War. Related to this was the greater social diversity of the army in World War II, owing to the reliance on greater numbers of soldiers from lower castes. Perhaps the most striking difference is in the political orientation. The soldiers who fought for the Raj in Word War I were loyalist–their regard for the King Emperor shines through in their letters home–and cared very little for politics at home. The average Indian soldier in World War II was far more political. The impact of successive rounds of nationalist mobilization in the inter-war years in quite evident.

Can you briefly describe the concept of India’s so-called martial races? Is it still applicable today?

The idea was that there were only certain groups in India–mostly from the north and northwest–that were capable of bearing arms. This idea was not exclusive to India–the British and other European empires had similar attitudes to communities in other parts of their empire. But it was particularly strongly held in India. It stemmed from a combination of ideology and practical advantages of relying on minority groups to sustain imperial rule. Although the concept was seen as outdated by the time World War II ended, but in practice the Indian and Pakistani armies tends to recruit heavily from the old “martial races” communities–especially in their fighting arms. 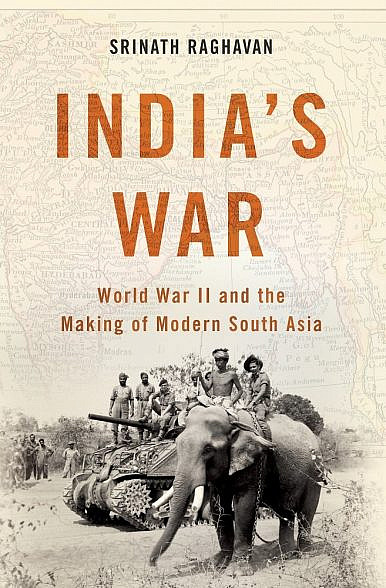 Where did the Indian Army serve during World War II?

Why did the Indian Army have a larger impact in Southeast Asia than in the Mediterranean theater of war?

I am not sure we can measure impact quite so clearly. But the fact was that the Indian Army was the dominant component of the imperial troops in Southeast Asia as compared to the Mediterranean theater. Though it’s worth noting that the East African campaigns was also dominated by Indian divisions.

Is it fair to say that the British Raj lost its prestige and legitimacy with the defeats of 1941-1942 (Burma, Malaysia, Singapore, Hong Kong) and was never able to regain the confidence of Indian leaders and the masses?  Is it also fair to assess that World War II showed the limits of a 19th century bureaucracy (e.g., the Bengali famine, hyperinflation) and a colonial army trying to fight a 20th century war?

Yes, the reverses of 1942 certainly dented the Raj’s prestige and it was never recovered. The mismanagement of the war economy, particularly the Bengal famine and deprivation in large parts of the country, also showed up the Raj to be a complacent bureaucracy. The Indian Army, however, proved itself to be more of a learning organization than the civilian bureaucracy. Without exaggerating its wartime performance, we can certainly say that the army of 1944-45 was very different from that of the earlier phases of the war.

What was the social impact of World War II on Indian society? Is there a correlation between the violence of 1947 and the fact that more than 2.5 million men in both India and what would become Pakistan underwent military training which they put to use during Partition?

The social impact of the war was quite varied in India. On the one hand, the war provided avenues for employment and social mobility for groups that had stood in margins of Indian society — especially the dalits (or “untouchables”) and the tribals. Similarly women were drawn into the war effort in larger numbers than ever before. On the other hand, the war resulted in the militarization of significant sections of Indian society. Indeed, the correlation between war-time recruitment and levels of ethnic cleansing during Partition is quite striking.

Why did the Quit India campaign have a negligible impact on the war? Is it because it was a revolt by the elite that failed to incite the masses?

The Quit India was perceived by the British as the most important challenge to their rule after the great rebellion of 1857. Geographically the revolt covered an arc stretching from western to eastern India via the north. The reason for its limited impact on the war was two-fold. The revolt had little support among the Muslims and lower caste groups in north India–these were the groups that the British relied heavily on for the remainder of the war. Second, the Raj put down the revolt ruthlessly. All the restraints on the use of force introduced in the wake of the Amritsar massacre of 1919 were thrown overboard and the government used emergency powers in a manner reminiscent of its origins as a military despotism.

How did the United States influence India’s experience during World War II? For example,  what was the impact of the Lend/Lease program? Did the presence of American troops in India help undermine the established colonial hierarchy?

The United States had a huge impact on the war effort, especially from 1943. Until the Quit India movement, President Roosevelt was quite willing to lean on Prime Minister Churchill to take a more sympathetic stance on Indian demands. In the wake of the revolt, he toned down this stance but American officials remained critical of the British empire in India. The United States’ military, especially logistical, contribution to the war effort in India was extremely important. For almost two years, the U.S. Army ran the railways leading up to the Assam front.

The Raj was a sub-imperial system inasmuch as it had a sphere of influence and interference stretching from Hong Kong and Singapore to Malaya and Burma, Tibet and Xinjiang, Afghanistan and southern Iran, Iraq and the Persian Gulf States, Aden and East Africa. Some of these territories were directly governed from India, while others were dependencies to varying degrees or independent but “buffer” states. There was a clear pattern of flow from India to these parts of capital, goods, people and ideas. Above all, India provided security to this sub-system. It was no coincidence that the Indian Army fought in many of these places during World War II. India’s geographic position between East and West Asia as well as its ability to project power in both directions made it the “pivot” of Asian security. At least that was the assumption of the mandarins of the Raj–one that was shared to some extent by postcolonial leaders such as Nehru.

Srinath Raghavan is a Senior Fellow with the Center for Policy Research in New Delhi. Follow him @SrinathRaghava2

Will India Become the Pivot of Asian Security?

India for the most part has shed its aversion to power politics.

Why the Urdu Script Is Crucial for India’s Cultural Diversity

India is a country whose wonderful diversity stems from the richness of its past. That includes the Urdu script.

A Constant Game of Outmaneuvering: New Indian Texts on the Relevance of ‘Arthashastra’

“Arthashastra” shows how governance can be described through non-Western notions and that certain rules of politics are eternal.

What If China Isn’t Really That Unique?

Trends relating to birth rates and tech industry layoffs are not unique to China, but a part of a broader story of global change.

What Does International Law Say About China’s Spy Balloon and the US Response?

The incursion of the Chinese balloon tested the bounds of international law.

The Pakistan Telecommunication Authority says it blocked Wikipedia because a 48-hour deadline to remove content  it said was blasphemous was ignored.

Ranil Wickremesinghe appears to be using the promise of power-sharing as a political tool to secure himself in power.