A government-led peace process aimed at ending 60 years of civil war has little chance of success, according to civil society groups, until the government comes to grips with a multi-billion dollar jade smuggling industry that fuels conflict in resource-rich ethnic regions in northern Myanmar.

The Ethnic Nationalities Affairs Center (ENAC), a local research group, called for “greater government emphasis on the possession, management, share of revenues, and impact of the country’s natural resources” during the latest, six-day round of the “21st Panglong Peace Conference,” which concluded May 30 in Naypyidaw, Myanmar’s capital.

The Kachin and other ethnic groups signed the original Panglong Treaty with General Aung San, who led the country’s independence struggle from British colonial rule. The 1947 treaty guaranteed equal rights for all ethnic groups within a Federal Union of Burma.

Myanmar’s new leader Aung San Suu Kyi, the daughter of General Aung San, has proclaimed that bringing peace to the warring nation is her top priority. However, officials conceded that little headway has been made on the federalism or increased autonomy, which are key demands for ethnic minority groups.

Under Myanmar’s military government-era constitution, Suu Kyi has little control over the military. Despite her emphasis on peace, recent fighting between the army and ethnic rebels has been the most ferocious since the 1980s.

Over 100,000 local people have been displaced by the ongoing Myanmar military offensives against Kachin Independence Army (KIA)-controlled territory from 2011 until now.

In the midst of this war-ravaged part of northern Myanmar sits the world’s biggest jade mine complex. The mine, in the town of Hpakant in Kachin state, is controlled by a military and business partnership.

Jade mining is a lucrative endeavor. High quality jade in the eyes of many Chinese is more precious than diamonds or rubies — thus jade’s other name, “stone of heaven.”

A landmark investigation by the British NGO Global Witness estimated the total value of the jade mines was a staggering $31 billion in 2014, reported to be nearly half of the nation’s total GDP. The 2014 figures indicate that Myanmar’s government received only about 1 percent of this amount as revenue in the form of taxes and royalties.

A public screening of Jade and the Generals, the film version of the Global Witness investigation, at Yangon’s five-star Park Royal Hotel was abruptly cancelled on May 17.

The hotel management explained that the screening would pose “risks to their business interest associated with screening a film critical of specific powerful military figures” without an official permit.

In the film, the head of the Kachin Baptist Convention (KBC) comments that “most of the jade companies are connected to the army. It is very obvious that the army is protecting the jade business and trying to control the land.”

In spite of the 2015 landslide election victory for the pro-democracy National League for Democracy (NLD) party led by Suu Kyi, the generals still control internal security and have regularly exerted pressure on the media to suppress stories critical of the military.

Natural Resources and the Peace Process

Politics, ceasefire agreements, security arrangements, and widely differing interpretations of federal system of government were the pivotal topics at the recently concluded 21st Century Panglong Conference. These issues, the growing role of China, and its critical land border with much of the rebel-controlled zones of the Kachin, Shan, and Wa armies, have largely dominated the discourse on roadblocks obstructing a peace settlement.

But a strong civil society movement is determined that economic and environmental issues should not be sidelined. Sixty NGOs signed a statement that called on the peace conference to “stop all projects and natural resource extraction in ethnic areas” in this period prior to a peace settlement. 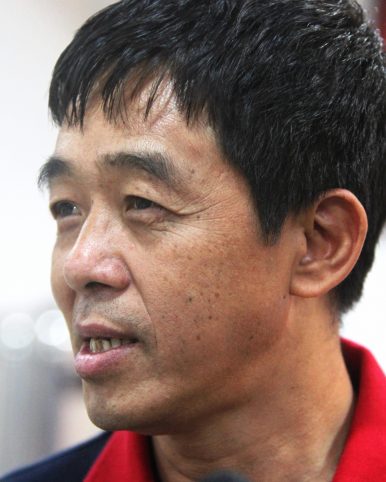 The KIA also raised the issue in previous peace talks launched by the Thein Sein government from 2011-2105.  In an interview with The Diplomat, General Gun Maw, the Kachin rebel army’s deputy chief commander and veteran of several years of peace negotiations, argued, “We demanded that during the interim period between the NCA [National Ceasefire Agreement] and political dialogue, [when] big projects and natural resources extractions arrive in our communities, the consultation must include KIO [the Kachin Independence Organization] and the public. But, the [Thein Sein] government refused.”

The KIA and KIO have also derived income from taxing jade traders but are minor players compared to big companies operating with close links and approval from the Myanmar military.

Since the new NLD government took over in 2016, there has been a partial response to the ethnic communities’ and international NGOs’ outcry against the abysmal conditions of workers among the thick pollution that envelops a vast expanse of jade mines in Hpakant, Kachin state. In July 2016 the NLD government announced a moratorium on new mining licenses in the jade mining zone, and a freeze on the renewals of existing ones.

However the small-­concession holders in Hpakant have complained that the ­biggest jade mines, those linked to the military and their business partners, had evaded new regulations. Their guns, and the all-pervasive military presence in the zone, enables them to enforce their own rules without any legal certification.

Myanmar Economic Holdings Limited and Myanmar Economic Corporation are two secretive conglomerates owned by the defense ministry that operate in strategic sectors, ranging from ports to telecommunications — including extensive involvement in the Kachin jade mining complex.

The second round of the 21st Century Panglong Peace Conference ended with a vague accord on economic principles but without any agreement on natural resources governance reform, which could regulate and share the jade wealth with the Kachin people.

Zaw Htay, a government spokesman, blamed the faltering of the peace process on ethnic rebel demands for greater autonomy, which the military fears could lead to a break up of the country.

In an apparent warning to any ethnic rebels that military commander-in-chief Min Aung Hlaing considers to be seeking too much autonomy, Zaw Htay told the Panglong conference that “some ethnic groups are [making demands] far beyond the federal system.”

Perhaps lurking behind the general’s warning that ethnic groups are taking federalism too far is the fear that real federalism would cause certain elite families and businessmen linked to senior generals to lose out on their steady flow of jade profits.

It is clear that the army’s agenda does not include transparency about their economic assets, much less negotiating a redistribution of wealth into the hands of ethnic leaders empowered by autonomy over natural resources of their respective states.

Tom Fawthrop is a freelance  journalist and film-maker based in Southeast Asia.

Myanmar’s military and ethnic armies are waging a war for control over the country’s natural resources – and the enormous profits that come with them.

The tangled history of Shan State reveals the broken promises of a federal, truly democratic Myanmar.

Why is Beijing providing funds for ethnic armed groups to join a government-backed peace conference?

The fighting in Kachin is a microcosm of Myanmar's stalled peace process.