The Singapore Model: Advocacy in an Authoritarian State

China’s Military Advancements in the 2010s: Air and Ground

Despite Bangkok’s reputation as a haven of culinary delights of every sort, there are few restaurants that can boast a condom-laden family planning design theme – and even fewer chosen for their proximity to an abortion clinic.

The restaurant looks much like any other found in central Bangkok: a dining area with attached bar and an outside seating area. But, then there are the bright white condoms hanging from the beard of a life-sized Santa Claus and a model Mayflower drooping with jonnies; condoms from around the world adorn the walls and kitschy posters crack wise about size. 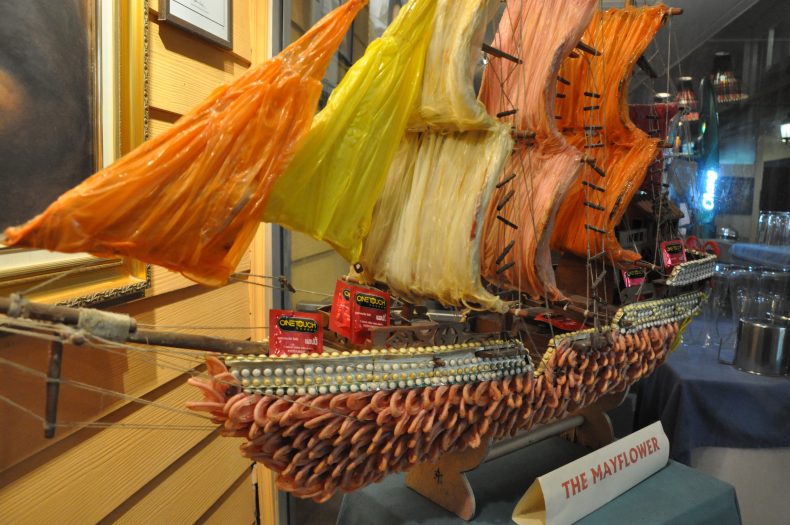 Beneath this strange restaurant gimmick are the budding family planning and population policies of Thailand, and to understand that, it’s important to understand Mechai Viravaidya, Mr. Condom. Mechai has been plugging away as one of the most important family planning campaigners in Asia since the 1970s, but he got his start as an economist who saw controlling population growth as the key to increasing quality of life.

In 1974, Mechai said in a TEDx Talk in 2010, the average number of children for a Thai family was seven; critical to building a future, in Mechai’s mind, was slowing population growth.

The key to Mechai’s success was in an emphasis on using everyday people to spread a message of contraception; instead of doctors – of which there were very few – prescribing the pill, Mechai used nurses and midwives. He popularized the selling of condoms with games and rural education, spreading the idea that condoms should be as common as cabbages. Today condoms in Thailand are still often referred to as “mechais.” 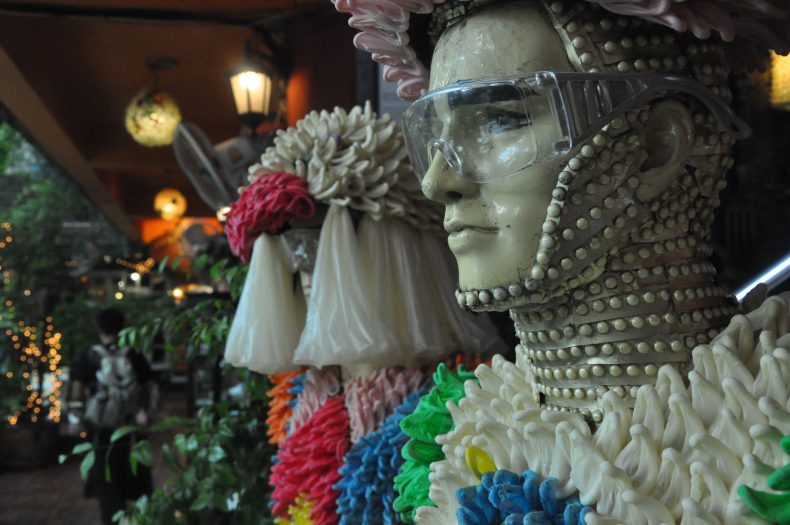 Harkening back to an age when family planning barely existed in Thailand, Cabbages & Condoms – which today has five locations – is just the tip of the family planning iceberg, with resorts (Birds and Bees), tours and charities all leading back to Mechai Viravaidya under the auspices of the Population and Community Development Association (PDA).

The original purpose of the program was successful. Thailand’s population growth went from 3.3 in 1974 to 0.5 in 2000, but, regardless of the charm of its founder, PDA found itself up against contentious issues, including one of the most combative issues in modern morality. After walking down the Cabbages & Condoms archway, diners walk past the sign for a clinic. 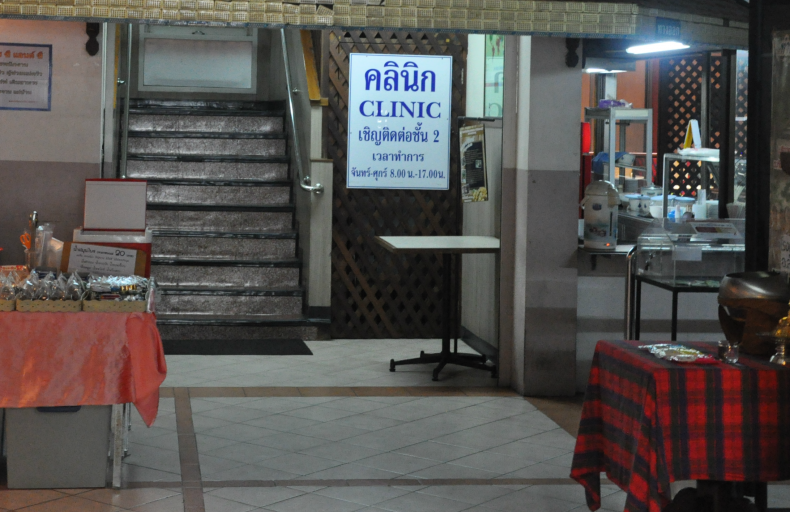 The strictures for allowing abortions in Thailand have loosened in recent years, becoming ever more available to those who require these essential services. Then and now the clinic above Cabbages & Condoms provides services to impoverished women in the community, which has not always been appreciated; the clinic has been subjected to raids and legal troubles. Even with the issue of condoms, Mechai Viravaidya has taken flak for encouraging sexual promiscuity.

People searching for abortion services in Bangkok will still see this strange little restaurant pop up on their search, but today Planned Parenthood services are available in Bangkok – as are other options. The legacy of Mechai and PDA is clearly visible.

The PDA still has many high-profile causes: resorts, HIV prevention programs, rural business education programs, development schemes, and schools. The organization’s successes have not gone unnoticed worldwide, either; PDA received a grant from the Bill & Melinda Gates foundation in 2007 for $1 million.

Family planning is often taken for granted until it is needed, but this little restaurant on Sukhumvit Soi 12 is a small reminder of a legacy that helped take abortions from back alleys and educate a nation.

The drinks served in the Captain Condom Bar are reasonably well mixed, and while the satay is a little citrusy, the chef-recommended fried shrimp in tamarind sauce is quite tasty for the very affordable price. All diners receive a complimentary prophylactic with their meal.

Asia Reacts to the Coronavirus Epidemic

Stranded passengers disembarked and were welcomed to Cambodia by the nation's authoritarian leader who handed them flowers.

Stopping the released of an award-winning film to appease an Islamist group sets a troubling precedent.

By Shamim Zakaria and Yan Ni

Female medics are leading the frontline battle in China, but a lack of attention to women’s sanitary needs irks rights advocates.

An overcrowded boat carrying about 138 Rohingya refugees from Bangladeshi camps sank Tuesday in the Bay of Bengal, Bangladeshi officials said.

Test your knowledge of the Asia-Pacific region with The Diplomat's weekly news quiz!

A festive but tense ceremony marks the end of a years-long conflict resolution process in Mongol, PNG.

The precipitous drop in visitors from China could represent as big a danger to Thailand as the virus itself.

Why the Taliban Won’t Cut Ties with Iran

Iran and the Taliban share interests and see common threats in the wider region, they won’t split so easily.

A coherent approach to violent extremism is need in the new Bangsamoro Autonomous Region.

The CCP’s response to the epidemic foreshadows a massive health-surveillance regime.

The coronavirus outbreak has revealed potential issues in PLA logistics integration and command after the major overhaul of 2015.