India’s kitty party culture provides a common place where women get together on a monthly basis and discuss some of the most sensitive and controversial issues. “One of the topics that keeps emerging is recurrent abortions in married and divorced women,” says Nira, the main female orator of this party. Nira reveals that most abortions are being carried out because of unplanned pregnancies and a lack of trust in modern contraceptive methods.

The discussions reveal that middle class married and divorced Indian women aged between 26-40 in New Delhi are having unsupervised, recurrent abortions because they perceive them as a safe method of termination. They use this as a method of spacing out children as well as due to the social stigma attached to having a sexual relationship outside the institution of marriage.

Despite a legal ban on the sale of medical abortion pills (mifepristone and misoprostol) over the counter without prescription, women are able to buy them from unlicensed sources and are increasingly consuming the pills unaware of the associated risks. As a result, many women are faced with considerable complications, such as incomplete abortions and mental health challenges.

Tania, a 40-year-old woman is one of the kitty party members who has had a number of abortions in the past year. She explains that her husband doesn’t want to use condoms and she has no faith in other contraceptives:

“I had a coil fitted in the past and I still got pregnant. I was disappointed and turned to misoprostol. My gynecologist gave this to me the first time and now whenever I get pregnant, I go to the chemist and buy it from the counter, it’s cheaper and easier.” 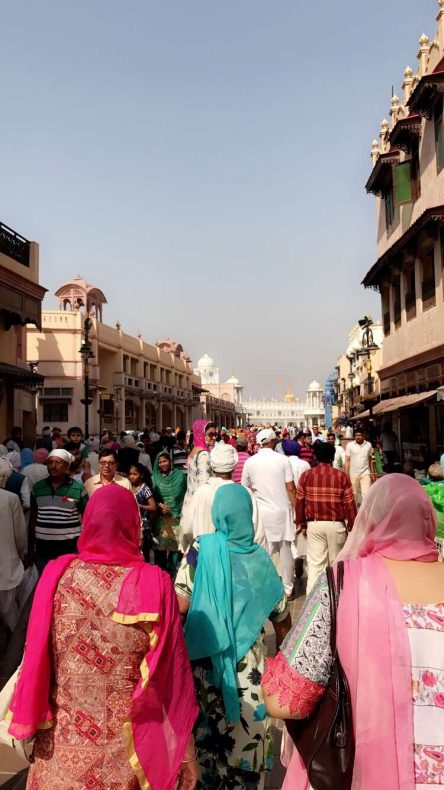 Another woman, a gynecologist who also attended these parties, openly asserted that “someone needs to talk her [Tania]; she keeps having abortion after abortion.”

A related issue is that these women perceived the use of condoms to be associated with casual sex and limited male sexual pleasure.

“Men don’t use condoms because they don’t like them and sometimes they are in such a rush they want to finish everything quickly,” Tania said, laughing coyly.

The discussion with the women also showed inconsistent use of condoms in steady relationships, as previous studies have revealed.

Nira thinks that the only time men use condoms is when they are having sex outside marriage. “Condoms only became popular in India because of AIDS; otherwise men don’t care about it. They use them when they sleep with call girls,” she added.

Sex outside marriage remains a contested issue in India, especially for women. The social and cultural environment supports regulating even the most basic conversations on sexual and reproductive health. These issues, however, do get discussed in a tantalizing manner in places such as kitty parties.

Nira states that seeking an abortion for a single or divorced woman is even more difficult. The issue gets muddled in the argument between sexual morality and sexual liberty.  The social stigma associated to having a sexual relationship outside the institution of marriage prevents women from seeking legal abortion services.

“It just happened one day and my worst nightmare became true. I fell pregnant last year and there was no way I could tell anyone, not even my best friend, because of the shame it would bring to me and my family. I resorted to the pill that my friend takes every time she wants to abort a child. I told her that another friend of mine is pregnant and needs to buy the pill. I bled for months but I couldn’t tell anyone what was going on. I was depressed for a long time. I couldn’t get up from bed but I had to. I had no choice. I couldn’t tell anyone or go to a gynecologist because my family and friends would have found out.”

The lack of institutionalized abortion support places single or divorced women in extremely vulnerable situations. When these women do try seeking support from private clinics, there are fears of “getting found out.”

The issue is made even more complex by the fact that in some cases when women try to seek support from outside their neighborhood, they end up going to unknown medical practitioners who have no legal obligations. Women often choose confidentially over safety and quality. Hence, taking an abortion pill over the counter becomes “an easier and less embarrassing choice,” as one of the women at the party put it.

Previous research shows that in some cases, male doctors who provide abortion services deliberately insist on the presence and permission of a woman’s husband. This is done to demonstrate their authority and power in order to control female sexuality and promote hegemonic and heteronormative agendas. They can also use it as an excuse to charge extortionate amounts.

For women like Sharmila, who lacks partner support and has faced confidentiality issues, the easier choice is to resort to unregulated pills and unsupervised abortions.

A female doctor in Delhi, who does not want to be named, suggests that the “Indian government has deliberately excluded single/unmarried women from abortion awareness programs. Single women don’t know that they also have a legal right to abortion.” She adds:

“One of the other issue is that men still see contraception as a woman’s responsibility and married women have neither the time nor any will to get regular reproductive health guidance and support. These people have money but no knowledge.”

Abortion Is Not a Class Issue

Clearly, unwanted pregnancies are still very common in India, even among the middle class families who are often seen as affluent. Affluent middle class women, however, are paying a high price as they try to avoid scurrilous comments and protect their family’s status.

The scale of the problem is hard to determine, as the incidence of abortion in India remains unknown. The most widely cited figure quoted is 6.7 million abortions per year, out of which only 1 million are performed legally. The remaining abortions are self-administered or performed illegally by medical and non-medical practitioners. There is a lack of high-quality research and analysis of the state of population and development issues, especially on the issue of recurrent abortions, that has looked at the issue of social class or provided other qualitative indicators giving a complete picture of the sexual health inequalities faced by middle class Indian women.

The exaggerated differences between classes in India have meant that the poor are almost always political scapegoats. Poverty is typically blamed for the lower status of women in the country. Gender inequalities and unwanted pregnancies are seen as the problem of the “other.”

Yet middle class Indian women de facto face social stigmas in accessing abortions and also lack access to appropriate and quality family planning services. Confidentiality issues and distrust of contraceptive methods affects them, too. Female sexuality in India is not a class problem, but a cultural and gender issue rooted deeply in patriarchal values.

Women — regardless of their social status, class, caste, age, disability, geographical location etc. — have the right to be fully informed and to have access to safe, effective, affordable, and acceptable methods of family planning as recognized by the International Conference on Population Development Beyond 2014. However, women still face stiff opposition from many government and conservative fundamentalist quarters such as the Rashtriya Swayamsevak Sangh (RSS). This is even more worrying with the growing Hinudtva movement, which refuses Indian women equal status to men.

Patriarchal mentality, conservative societal norms and deep rooted gender inequalities deny women rights to make decisions about their own bodies. Under those circumstances, it is nearly impossible for women to make informed choices about sexual and reproductive health, including decisions about modern contraceptive methods, pregnancy, and abortion.

Ritu Mahendru is a freelance journalist based in London. She divides her time between Afghanistan, India, and the United Kingdom. Ritu has a Ph.D. in sociology and is a published author. She writes about gender, race, sexuality, migration, and conflict. Her work has appeared in Open Democracy, the Middle-East Eye, Arab Weekly, and Asian Global Impact. Ritu tweets as ritumahendru.

Domestic violence in India surges during the COVID-19 crisis.

India Unleashes Its Own #MeToo

Across India, women are speaking up with tales of their abuse at the hands of powerful men.

Mongolia hosted a conference dedicated to the role of women in peacekeeping operations.

Japan has made childcare leave a top priority but the latest amendments show inconsistencies between the law and reality.