It was a case which made headlines last summer in the first week of May. Khadija Siddiqi, a 21-year-old law student in Lahore, Pakistan, was stabbed 23 times in broad daylight on a busy road while she waited to pick up her 6-year-old sister from school.

The attacker, Shah Husain, the son of a well-known lawyer in the city, was Siddiqi’s classmate at a private, local law school.

After a harrowing wait that stretched out for over a year, justice was finally served when Husain was delivered a seven year sentence on July 29, for attempted murder.

“Even though it has been a long journey full of different trials, my wounds still haven’t healed. The scars continue to haunt me. Initially, it was very tough; I had 23 lacerations and wounds – my neck has a calligraphy of stitches. They were the most tormenting and torturous days of my life,” Siddiqi said, speaking about her painful rehabilitation process in hospital.

“I couldn’t open my mouth to speak or eat. Sometimes I was completely numb, at other times I would scream in pain, crying that the stitches in my neck had come undone,” stated Siddiqi.

Yet, despite the trauma of her ordeal and the knowledge that her attacker walked a free man, Siddiqi constantly felt a deep sense of gratitude for being granted a second lease on life. Death for Siddiqi was a narrow escape; it was nothing short of a miracle that she had survived, unlike many other Pakistani women who have continued to fall victim to crimes of honor and abuse.

But Siddiqi’s fight for justice was by no means an easy feat. This was primarily because Husain’s father, Tanvir Hashmi, was a prominent part of the legal fraternity in Lahore. Over the course of the year following the attack, Siddiqi revealed that she and her family were repeatedly intimidated to drop the charges.

“They would bring along a platoon of lawyers who’d pressurize and abuse our counsel,” said Siddiqi, adding that the opposition would then consistently use delaying tactics to extend the hearing date. “Many times I would witness how the criminal was being given the unfair advantage of being a lawyer’s son, hence the delay in justice.”

“[Husain’s] family were sure that they would get away with this heinous crime because they could easily control the courts,” elaborated Siddiqi, “They would tell us that scoring bail is not difficult for them, and that all the litigation processes would just exhaust us and justice would not be served and that we would meet them at the same court next year.” 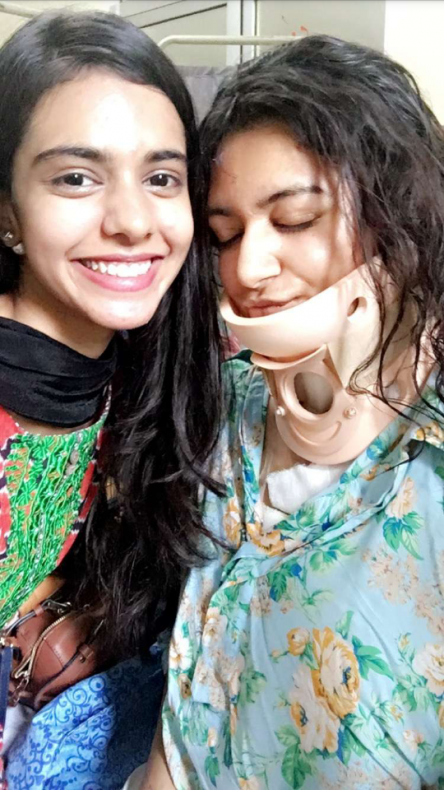 But did the constant threats ever influence Siddiqi and her family to consider dropping the case, in fear of a backlash that could’ve been taken a step further?

“There were times my morale would just shatter and we’d consider compromise, but then again, they had no remorse or guilt and that attitude made us even more steadfast in bringing the criminal to his legitimate end,” she responded.

Salman Safdar, a prominent criminal lawyer in the city who took on Siddiqi’s case as the lead prosecutor in March this year, stated; “[The fact that] the attacker’s father was a leading lawyer made the task of prosecution literally impossible.”

However, having appeared in over a thousand murder cases since the year 2000, Safdar said he accepted Siddiqi’s case as a challenge and immediately set out to form a team of lawyers to devise a powerful plan of action.

“Women [in Pakistan] usually give up seeking justice given the impediments and stumbling blocks that they have to overcome to get justice,” he stated, “But Khadija remained grounded despite being exposed to humiliation and [shame] that she faced when the defense purposely attempted to confront her with scandalous and objectionable material that had no nexus with the case.”

The pressure tactics, Safdar revealed, were meant to compel his client to drop the case altogether. “She stood firm and had family support. [Khadija] has proved that seeking justice may be difficult but not impossible,” the lawyer stated firmly.

Having attended two proceedings, along with many others from the young lawyer’s community in Pakistan — who would show up at court in solidarity for Siddiqi — Fatima Ayub said that watching the opposing counsel rake up vulgar propaganda in the courtroom against Siddiqi was hard to witness.

“I, along with five other females in the entire session’s court magistrate, including [Siddiqi’s] mother, attempted to stand strong throughout the ordeal but we could only look at [Siddiqi’s] deeply pained, frustrated expressions to truly realize that this had been her life for the past year or so,” Ayub stated, “I can only begin to imagine the extent of personal and even physical onslaught that has plagued any female body that has dared to enter the premises of a lower/civil court in Pakistan unguarded. The stereotype of deeply-rooted systemic patriarchal conditions characteristic of our legal system stands so because it is rooted in cold truth.”

Given the grueling process and the subsequent lack of timely action against the accused, did it make Siddiqi bitter about the legal system in the country?

“Not at all,” she ardently responded “Rather, it has prepared me to enter boldly into the legal fraternity and fight for the truth. There are black sheep in every institution and the black sheep of the legal fraternity are all supporting the criminal; therefore we can’t blame our legal system for this miscarriage in justice. We need to change the well-established perspective generated over the years in Pakistanis that justice is never served here.”

Currently in her final year of an LLB (Hons) degree, Siddiqi also works as the project development head at a non-profit women’s empowerment campaign, SHE, in addition to being a member of the National Youth Assembly. 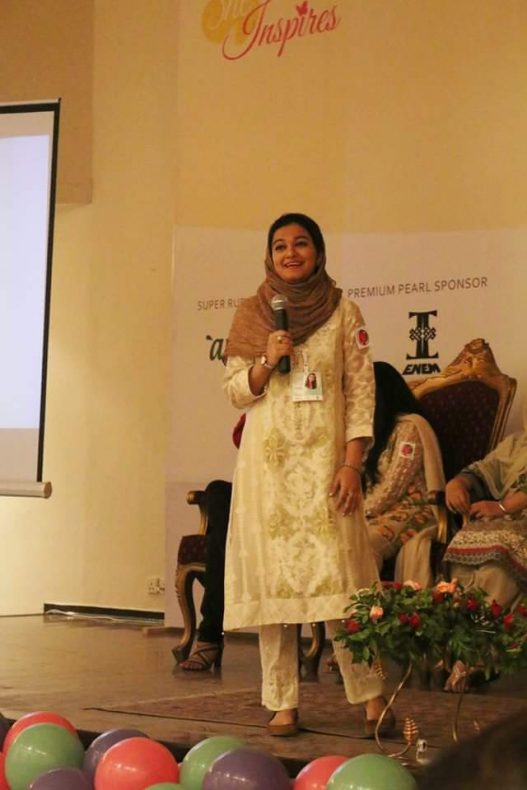 “The powerful, whether in physical strength, authority or wealth, seem to have a go-ahead to live life on their own terms without any sense of accountability,” Siddiqi said, when questioned about the justice system in Pakistan, “The [masses] accept [their] fate in silence – why? In a patriarchal and male chauvinistic society like ours, it’s really hard for a girl in my position to stand up against injustice and fight for my infringed rights; especially when the other party can easily use their influence in the courts.”

Disclosing that Siddiqi would often be approached by people in court asking her to fight their cases, the young law student said that justice today in Pakistan has become incredibly expensive, so much so that it compels one to abandon the pursuit for justice.

“I am not a victim, but a strong, honorable woman who has the capacity and courage to overcome any hurdles or barriers in her life and move forward,” Siddiqi said, “Not only am I rising above the waters myself, I’m also gearing myself to help other girls around me in similar situations. I’m very blessed with a very supportive and hopeful family who are excellent role models who have seen me through the most difficult period of my life. I want to be a similar role model for those in need of one. Justice for me is not only getting the perpetrator behind bars, it is to set a precedent case, so that next time no one even thinks of taking such a step.”

Sonya Rehman is a journalist based in Lahore, Pakistan.

Pakistan's Women Marched for Their Rights. Then the Backlash Came.

What made the Aurat March controversial?

The Life and Death of Qandeel Baloch

What one woman's social media activism -- and her murder by her own brother -- means for Pakistan.

For over three weeks, Baloch students in Quetta have been demonstrating against the suspected abduction of two of their own.