In July a camera trap set up by the ShanShui Conservation Center caught a curious photo: a snow leopard crossing the Tongtian River — a wide, deep, powerful river. It wasn’t thought that snow leopards could cross rivers such as this.

It may not have broken into many news crawlers, but this river crossing will undoubtedly be discussed at the upcoming International Snow Leopard & Ecosystem Forum. China, the nation with the highest number of these bashful big cats, has been working for years to use villagers to conserve the nation’s remaining snow leopard population. 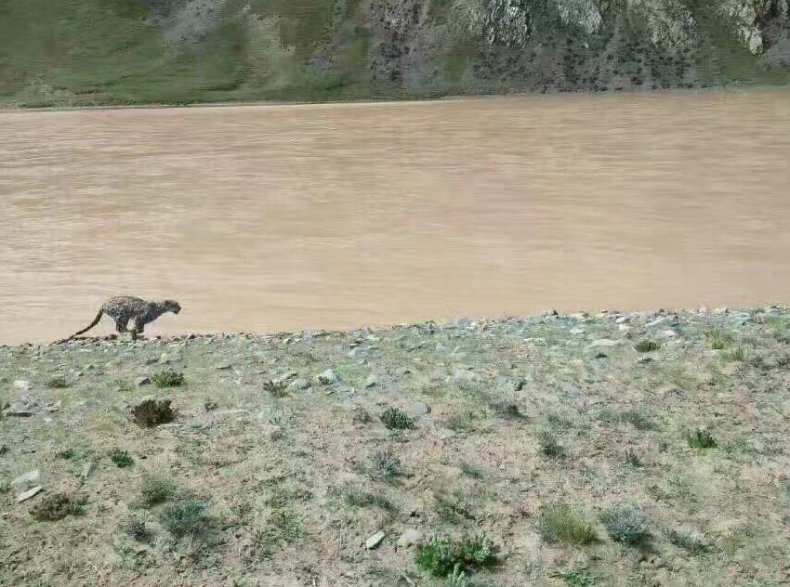 “Six villages are currently partnering with us. Local community members set up camera traps,” Mathias Fiechter, communications manager with the Snow Leopard Trust told The Diplomat, adding that there were about 200 camera traps. As the Middle Kingdom moves to protect an animal with a great deal of national pride behind it, both the country and NGOs are turning to locals.

“During caterpillar fungus season lots of outsiders come to the area. Some of them cause problems, including poaching,” Fiechter tells The Diplomat, referring to the chongcao, or 冬虫夏草, meaning “winter worm, summer grass.”

This fungus, Ophiocordyceps sinensis, is a sort of traditional Chinese medicine that parasitizes ghost moth caterpillars, mummifies them, and grows a brown stalk. Heavy in arsenic and heavy metals, this highly sought-after remedy is said to be worth more than gold and draws thousands upon thousands of hunters to the Qinghai plateau every year.

Funding and expertise can come from donors and universities, but the Snow Leopard Trust and others rely on villagers to police the region. “[They] patrol their area looking for snares. These aren’t mainly aimed at snow leopards, but rather at musk deer […] The local herders help combat this.”

With perhaps only around 4,000 snow leopards left in the wild, whether they come for the caterpillar fungus or the fresh mountain air, humanity’s encroachment could have dangerous effects on the nearly 2,500 snow leopards on the Tibetan Plateau. These solitary animals demand a wide berth.

Places like the ShanShui Conservation Centre put the villagers in motion to protect the snow leopards and other wildlife. “They also participate in livestock insurance programs that help them better absorb livestock losses,” Fiechter told The Diplomat.

In June, two baby cubs were found in Qinghai province, and the government’s response was to set up a conservation zone with a radius of 2.5 kilometers. Snow leopards are vulnerable during their nursing period, and human involvement may cause the mother to abandon her cubs. The spotters of these two baby leopards were two local herders.

The upcoming forum will hopefully shed more light on the range of the snow leopard and their increasing or decreasing numbers, but 2016 saw a clear decline. A report from TRAFFIC, a wildlife trade monitoring network, late last year showed that four snow leopards a week were being poached. With only approximately 4,000 left in the wild, those numbers are not sustainable.

However, despite the obvious problems of poaching, not everyone is on board with saving the snow leopards. The forum for the snow leopard later this month has concluded that retaliation incidents account for more than half of all known cases of snow leopard killings.

Cooperating with locals isn’t the only way to save the snow leopards; the Beijing Genomics Institute set up a “living biobank,” according to a Xinhua report, in Dulan County on the Qinghai-Tibet Plateau, a county that features 43 species of endangered animals including the snow leopard. The situation, however, has yet to get so dire as to rely on this as a conservation method.

What is the Leading Cause of Snow Leopard Killings?

Experts say more than 50 percent of snow leopard killings are retaliation for attacks on livestock.