Facing declining markets in Western countries, multinational food companies are targeting Africa, Asia, and Latin America as new consumers of packaged foods, in a move that may worsen the global epidemic of chronic illness related to diabetes. Governments are striking back at obesity risk factors, including unhealthy foods. Singapore, which might have as many as one million residents with diabetes by 2050, now requires soda producers to reduce sugar content. Obesity and other lifestyle-related diseases have now become a “silent’ long-term challenge that will cost governments in healthcare liabilities and lost productivity.

Not A “Rich Only” Disease

Across Asia, rural populations accustomed to active farming jobs are migrating in increasing numbers to urban areas, where they occupy more sedentary manufacturing or service sector jobs. Due to time constraints and easy availability of affordable high-calorie foods, these migrant populations are also changing their eating habits. A recently published study of 98,000 adults in China argues that linking obesity only to affluence is simplistic, and that geographic variations in China’s “nutritional transition” explain differences in public health.

Alarmingly, two out of five adults in the Asia-Pacific region are either overweight or obese. The World Heath Organisation (WHO) estimates that roughly half of the world’s share of adults with diabetes live in Asia.

The cost of obesity in the Asia-Pacific region is estimated to be roughly $166 billion annually. Among Southeast Asian countries, healthcare and productivity losses from obesity are highest in Indonesia ($2 to 4 billion), Malaysia ($1 to 2 billion), and Singapore ($400 million).

In the world’s two most populous countries, China and India, malnutrition has long been a concern but obesity is on the rise. According to a 2015 New England Journal of Medicine study, the prevalence of obesity in males in India nearly quadrupled between 1980 and 2015. For China, home to 110 million adults with obesity and potentially 150 million by 2040, the prevalence of obesity increased 15-times between 1980 and 2015.

Between 2005 and 2015, yearly national income loss due to heart disease, stroke, and diabetes increased more than sixfold in India and sevenfold in China. Statistics about child health point to a grim future. In India, one quarter of urban youth entering middle school are obese and 66 percent of children have an elevated risk for diabetes, while China is home to the world’s largest population of obese children. Numerous factors could contribute to this trend, including lack of open space for physical activity, the preference among young people for sedentary pastimes such as computer gaming, and a growing emphasis on time spent preparing for university entrance exams.

There are many models for how Asia’s governments can confront obesity. Governments in the United States and Europe are introducing taxes on soft drinks and sugary beverages, with proponents arguing that such beverages contribute to obesity by adding excess calories without providing nutritional value. Large local governments implementing sugar taxes include Cook County, Illinois, (Chicago) and Philadelphia, while San Francisco and Seattle plan to implement similar taxes in 2018.

Berkeley, California, a city with many high-earning and educated residents, was America’s first to implement a sugary beverage tax, in November 2014. According to a study in the journal PLOS Medicine, sales of sugary beverages in Berkeley declined by 10 percent during the first year of the tax and raised roughly US$1.4 million in revenue. The city applies proceeds in part to child nutrition and community health programs. Although Berkeley is an exceptional case, the spirit of the city’s approach – including the smart use of revenue – can be a guiding principle for Asian cities.

While soda consumption has slumped in the developed West, markets are growing rapidly in Asia. 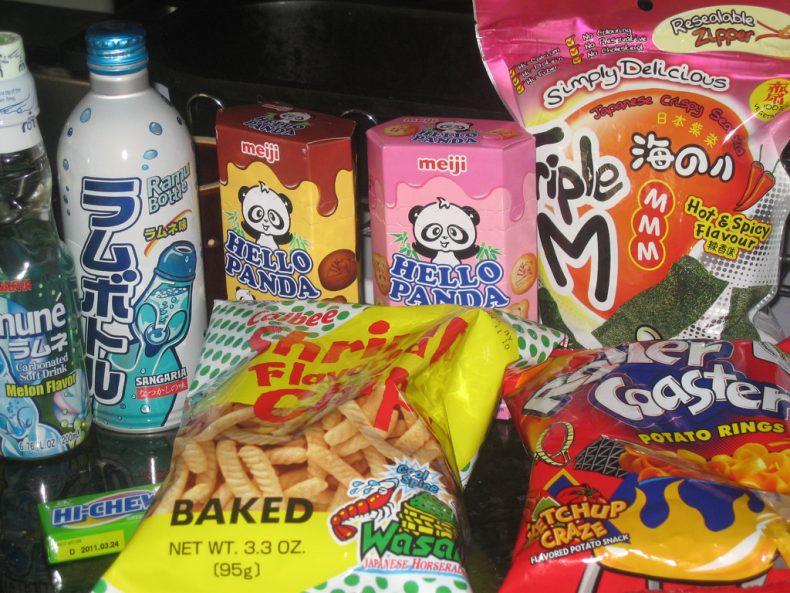 Soda and other industrial packaged food have slowed down in the West but have grown in Asia. Photo: Flickr / flippinyank

Governments in Asia have also shown willingness to confront obesity in other ways. India recently instituted a yearly obesity evaluation for all army personnel after a survey found one third to be overweight, and China’s army is publicly raising concerns about sugar consumption among recruits.

Despite the adoption or consideration of taxes on sugary drinks in many cities around the world, it is not clear whether such taxes positively affect health outcomes. There is cause for some optimism, such as an Asian Development Bank study finding that a 20 percent tax on sugar-sweetened beverages was associated with a 3 percent reduction in overweight and obesity prevalence, with the greatest effect on young men in rural areas.

From a policy research perspective, long-term studies are needed to determine life-long health impacts, and research across cases is needed to determine the sensitivity of consumption to incremental increases in tax rates. Gathering information is an important early step; an example is India’s nutrition atlas, which offers a state-by-state comparison on a variety of public health indicators, including obesity.

Another concern in sugar taxes is socioeconomic equity; taxes on cheap, unhealthy foods can impact low-income populations. For example, in 2011 Denmark adopted a far-reaching “fat tax”“ that covered all products with saturated fats. After only one year the tax was scrapped, as were plans for a sugar tax, due to concerns about price burdens for consumers. A further challenge is limited policy control; consumers may simply shift consumption to non-taxed goods that are also high in sugar, or find ways to circumvent taxes. Notably, many Danish consumers were simply crossing into Germany for cheaper products.

A narrow focus on easy tax solutions may score quick political points but risks leapfrogging basic public health and development goals. For example, alternatives to sugary drinks may not be available in many Asian cities due to poor-quality tap water. Taxes on sugary beverages must complement broader initiatives that incentivize healthier lifestyles. A 2016 study of obesity in India argues that related policy must consider nuanced sociocultural factors over a “one-size-fits-all” approach.

Following Berkeley’s example, governments should apply soda tax revenue to nutrition and physical education programs, and include information about sugar in school curricula. The approach should consider local conditions, enhance education, and provide access to healthy alternatives. That is the basis for a durable solution to Asia’s obesity epidemic.

This article was originally published on The Conversation. Read the original article.

Obesity is a growing crisis that governments cannot afford to ignore.

Island Diets Are Changing for the Worse. Here’s How to Stop It

Across the Pacific, island diets are worsening, with serious human and environmental consequences.

After battling years of political and sexist attacks, the 75-year-old is hoping to have a decisive impact at Indonesia's upcoming general election.