A 2012 study by Washington-based advocacy group PAI indicates a correlation between countries with rapidly increasing youth populations and those prone to civil conflicts. This supports the “youth bulge” theory, which claims that burgeoning youth populations result in large groups of unemployed and discouraged youth susceptible to radicalization.

Moreover, the International Labor Organization estimates that the global number of unemployed youth (ages 15-24) will increase by half a million this year to reach 71 million (the first increase in three years). Even among employed youth, 156 million (37.7 percent) live in poverty. A growing youth population, coupled with risks of unemployment and poverty, is fertile ground for extreme ideologies — extremism that is increasingly sown across (not only within) national borders.

In this scenario, counter-radicalization is an important agenda, which offers opportunities for — and indeed requires — new forms of international engagement to strengthen domestic efforts. Sri Lanka is a case in point. Despite being a small developing state, the country could and should play a larger role in counter-radicalization efforts, both regionally and globally.

The EU aptly defines radicalization as the process of adopting extreme ideas or aspirations that lead to violence or acts of terror. Sri Lanka has experienced several forms of such radicalization. The Marxist Janatha Vimukthi Peramuna (JVP), composed primarily of radicalized youth, mounted two insurrections in 1971 and 1987-1989; while the Liberation Tigers of Tamil Eelam (LTTE) radicalized youth in their war against the Sri Lankan government for nearly three decades.

Sri Lanka has taken national initiatives to counter radicalization in the past: for example, by granting amnesty to the JVP in the late 1970s. Similar efforts at the domestic level are apparent throughout Asia. However, purely domestic efforts are insufficient. Social media and other modern communications have enabled groups like ISIS to spread and enact extremist ideologies with ease. International engagement is therefore critical; radicalization does not stop at borders and neither should counter-radicalization efforts.

The Commission on Countering Violent Extremism, based in Washington D.C., has encouraged a new global partnership around education reform to advance resilience to extremism.

Singapore’s first liberal arts college, Yale-NUS College, established with Yale University, exemplifies such a transnational partnership. Scholars have argued that a liberal arts education model is better suited to counter the narrow ideologies of radicalization than a technically-oriented ‘STEM’ education. Indeed, a study published in 2016, titled “Engineers of Jihad,” highlighted the over-representation of engineers in violent radical Islamist movements.

Policymakers in Europe and Asia have also developed out-of-the-box educational partnerships to counteract radicalization. In 2006, France and Germany released a common history textbook, and the foreign ministers of France and Germany have cited it as a contributor to cohesion between the two states. Similarly, in 2014, ASEAN educators and historians explored the possibility of a common history textbook.

Textbooks in Sri Lanka reinforce ethno-religious divides, and could potentially lead youth to adhering to exclusive ethno-centric versions of nationalism. Sri Lanka could therefore begin by (1) developing global partnerships to establish educational models better suited to discourage radicalization, and (2) publishing a common national history textbook for use in local schools in all languages of instruction, with input from international experts.

Regionally, Sri Lanka identifies simultaneously as a state in South Asia, the Bay of Bengal, and the Indian Ocean region. Regional links could increase a country’s vulnerability to radicalization, but they also offer opportunities for cooperation. The regional organizations to which Sri Lanka belongs, including the South Asian Association for Regional Cooperation (SAARC), currently lack integrated networks for sharing intelligence, knowledge, and best practices. This provides an opportunity for Sri Lanka to take a lead in developing effective counter-radicalization networks.

An example of how this is being done elsewhere is the European Union’s “Radicalization Awareness Network” (RAN). The RAN connects European practitioners who work at the grassroots level on radicalization, and allows them to share their knowledge and experiences related to counter-radicalization. A similar network would be useful to SAARC, as well as to the Indian Ocean Rim Association (IORA) and the Bay of Bengal Initiative for Multi-Sectoral Technical and Economic Cooperation (BIMSTEC).

Networks formed along the RAN model should also venture beyond security-focused cooperation, and include economic efforts to prevent radicalization. A regional internship program similar to the EU’s “Erasmus Programme” would promote a shared sense of entrepreneurship and available opportunities among youth. Connecting youth to international businesses would increase their exposure to cross-border cooperation and the global economic community.

Approximately half the world’s population is urban, a proportion expected to increase to two-thirds by 2050. Almost all of this increase is expected to occur in Asia and Africa. It is therefore vital that urban spaces in these regions are planned to maximise social cohesion.

One method of promoting communal ties in urban areas is to increase the number of “third places.” The term “third places” refers to spaces other than homes and workplaces, which can be used for exchanging ideas, socializing, and building relationships. They play an important role in community-building because they encourage interaction between different groups of people who might otherwise never interact. They may also help replace virtual third places, which are becoming increasingly popular among youth, thereby making them susceptible to radicalization via digital tools like social media.

Urban developers and architects abroad have already begun prioritising access to physical “third places.” Last year, the concept of an “Outbox” was developed in the United States, to provide a covered outdoor workplace that people could use throughout the day. 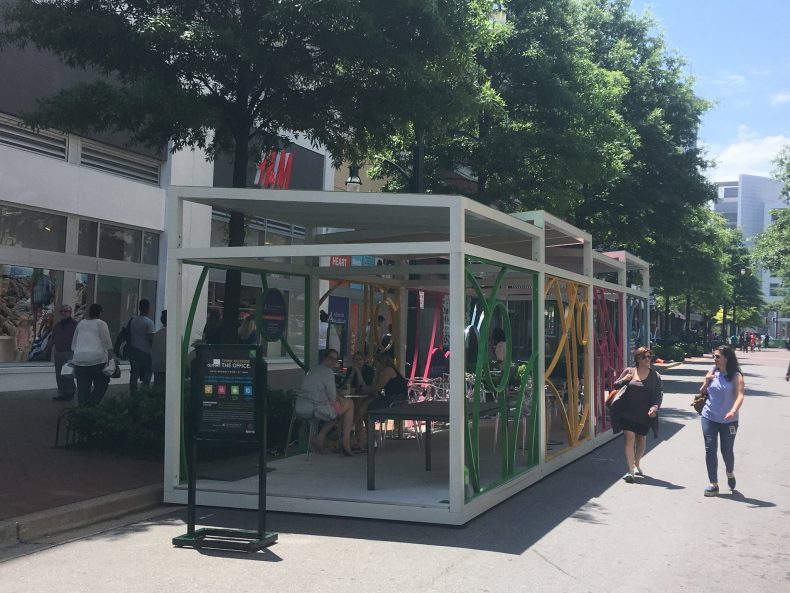 In Singapore, architects from the United States and Singapore collaborated to design Yale-NUS College in a manner that fosters social cohesion. For instance, every three floors of the college’s residential buildings form a “neighborhood,” demarcated by its own tropical sky garden. The sky gardens allow students of different backgrounds to share a common space in a high-rise “neighborhood.”

As Sri Lanka plans its own cities, policymakers need to be cognizant of the role of urban planning in social cohesion, and collaborate with architects and urban planners overseas to build cities that facilitate resilience to radicalization.

These are a few key opportunities for Sri Lanka to collaborate internationally to positively engage youth and stem radicalization. The scope for international engagement in this area is vast, diverse, and untapped. Sri Lanka should view its past crises and the potentially looming issues of radicalization as an opportunity to rapidly build collaborative arrangements with regional neighbors and other key partner countries — in short, to take a leading, proactive role in countering youth radicalization.

Anishka De Zylva is a research associate at the Lakshman Kadirgamar Institute of International Relations and Strategic Studies (LKI) in Colombo. The opinions expressed in this article are the author’s own. They are not the institutional views of the LKI and do not necessarily represent or reflect the position of any other institution or individual with which the author is affiliated. This commentary is based on a chapter contributed by the author to an edited volume recently published by COSATT, titled “Countering Youth Radicalization and Violent Extremism in South Asia.”

Pakistan and the FATF: On Borrowed Time?

What are Pakistan’s options at the FATF?

Zakir Musa and Kashmir: Beyond Al-Qaeda

Who was Zakir Musa?

Is it accurate to characterize China’s lending practices in South Asia as predatory?