On the morning of May 24, government forces in Indian-administered Kashmir announced the killing of a locally popular militant commander, Zakir Musa, after a 10-hour gun battle. Thousands of people attended his funeral, held at his home in Tral area of South Kashmir. Seemingly spontaneous civilian protests also broke out in many parts of the disputed Himalayan region, following which Indian authorities imposed a curfew and cut off internet services.

Since their 1947 independence from British rule, both India and Pakistan have been consistently jostling with each other for control over the Kashmir region. The two neighbors have fought three wars and administratively divided the erstwhile princely state. But since gaining nuclear power status in the early 1990s, both have avoided an all-out confrontation although occasional skirmishes and proxy wars between the two continue to be a threat to peace in South Asia. Most recently, when a car suicide bomber hit an Indian army convoy killing 40 men in February, the sub-continent was pushed to the brink of a potential nuclear war.

For at least three days since the news of his death was broken to Kashmiris, a flurry of people came to Musa’s home to pay their tributes to the fallen militant. However, Musa was a controversial figure. The 25-year-old’s declaration of allegiance to al-Qaeda a few years ago not only exposed new faultlines in Kashmir’s militancy, but also added a new, unpredictable dimension to the longest stretching conflict in the world. His pan-Islamist stance caused distress among Indian security agencies, as well as among Pakistan-backed separatist groups operating in Kashmir, who accused him of being part of an Indian conspiracy to discredit Kashmir’s political struggle.

Even though Musa had only a handful of fighters committed to his cause and most of them have already been killed, his ideas still have many takers.

At Musa’s home, a large gathering of men and young boys sat under a tent pitched in the lawn. Posters of the dead militant were hung across four sides, and speakers were placed in the corners. His grieving father, Abdul Rashid Bhat, a government employee, sat facing the crowd. Next to him, a middle-aged man holding a microphone addressed the gathering.

“Youth are being misguided, and turned on each other for political gains. If you ask me today, youngsters are giving us an alternative, we should not oppose them and label them as agents,” he said. “We should welcome them instead not act as the sole bearers of the movement. No doubt one can use wisdom and be nuanced but what has been gained through that in all these years?”

One of the young boys in the gathering, Sameer, had traveled all the way from Srinagar – about 40 km from Tral – along with six other friends to show his respect for Musa. “He was telling them the truth. Why should we fight India to join Pakistan? We should fight them all and establish laws according to the Sharia. There is no concept of nation-state in Islam,” he said with confidence. “Musa bhai (brother) spoke for Muslims. He courted Indian Muslims to join the jihad because he knew what they were facing. He also invited Pakistani Muslims to join the true jihad.”

A college dropout from a well-to-do family, Zakir Rashid Bhat (Musa’s real name) joined the militancy at the age of 19. His family members allege that he went down that path after being harassed by Indian government forces. He joined Hizbul Mujahideen (HuM), the oldest Pakistan-supported militant group operating in Kashmir, in 2013. In the following years, he came to be known by his nom de guerre, Musa. But in all that time he mostly played a supporting role until Burhan Wani, the face of new-age militancy, was killed at the age of 21 in a shootout by Indian government forces in July 2016.

Wani is credited with having revived militancy in Kashmir using social media after a decade of lull, which saw multiple mass civilian protests crushed by Indian security forces. His death was followed by another year-long spell of mass civilian protests, which met the same fate. In the meantime, Musa, one of Wani’s close aides, was raised as Wani’s apparent successor among the militant ranks that commanded mass civilian support.

In an unexpected move in the early 2017, Musa accused Hurriyat – the political face of the secessionist movement in Indian-administered Kashmir – of hypocrisy, and threatened to cut off their heads in an audio statement. He also announced his ambition of establishing Sharia law in both India and Pakistan. “I will not fight for a secular/democratic state,” he declared. “My blood will spill for Islam of Sharia, not only in Kashmir but in India and Pakistan, too.” 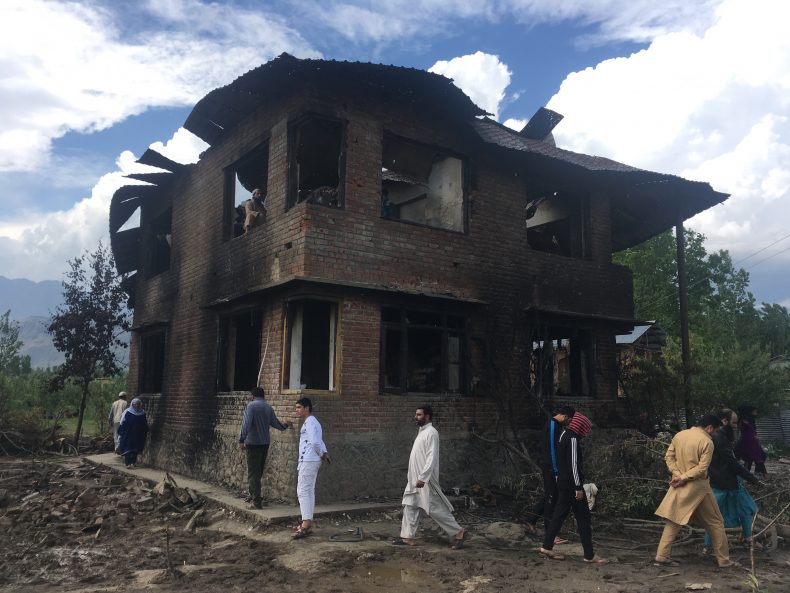 The residential house in which Musa had been cornered by Indian government forces.

Such statements by him drew strong disagreements from the HuM leadership based in Pakistan-administered Kashmir which led him to splinter and start a new militant faction, named Ansar-Gazwatul-Hind. This rebellion made him the new face of militancy in Kashmir, second only to Wani, and he used it to his advantage to propagate his views.

Musa didn’t limit his criticism to India, but also openly castigated Pakistan for hampering the cause of jihad. In one of his last audio releases, Musa said, “The truth is that the Pakistani army is the slave of America and no different from them. They befool militants, particularly militants of Pakistan-administered Kashmir; only Allah is there to help us.”

According to senior police officials, Musa’s group didn’t receive any logistical or financial support from al-Qaeda, as the group had no network in the region, and his fallout with Hurriyat leaders also cut off support that Pakistan-backed groups like HuM had. This is why they couldn’t survive for long. “No doubt he was a threat to the security and peace in the state, but even more concerning was the dangerous new ideology he was preaching,” a senior police official said. “It was important to get rid of him. You can tackle individuals or groups but fighting ideologies is a tough and long battle.”

Aamir, a PhD scholar at Kashmir University, says, “People think Zakir Musa came first and then came the ideology, but that is an incorrect and illogical conclusion.” The ideology was already there, he argues, Zakir Musa just became the face of it by speaking it out publicly. In his opinion, people, particularly youngsters, in the valley turned to Musa due to a lack of a better option. 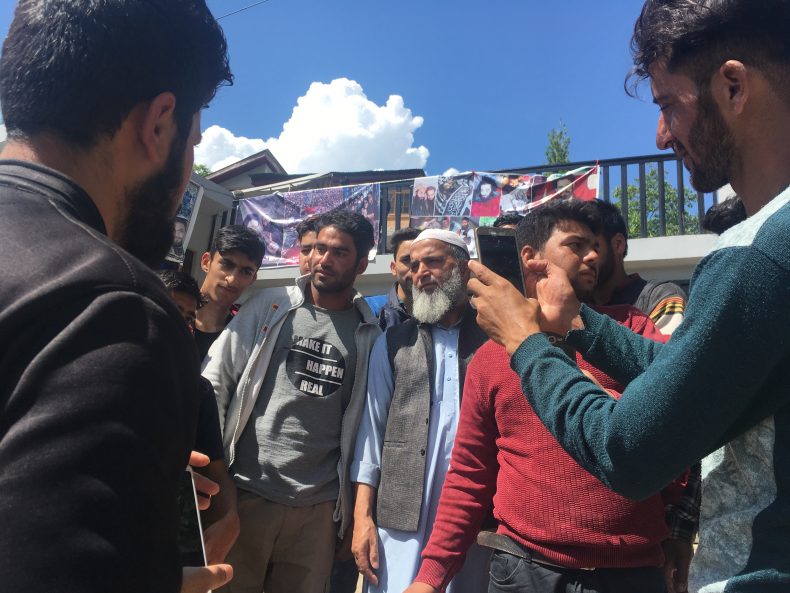 “Whoever comes next may not be as popular as him but the ideology will be carried forward. We also have to acknowledge the fact now that Musa has been killed by same forces that are seen as occupiers, (so) his message and ideas will resonate more with the people,” he added.

Aamir also believes that Kashmir’s youth are embracing new pan-Islamic ideas due to a sense of growing threat to the Muslim identity in India and across the globe. “Today, information how Muslims are being slaughtered in India and around the world is available freely to everyone and that plays a big part. They see how UN hasn’t done anything to stop it. And infarct has facilitated it. You may call pro-Pakistan fighters (as) rebels and al-Qaeda (as) terrorists, but Indian media do not differentiate, and nor does the Indian army. So why should it matter to common Kashmiris?”

Pakistan and the FATF: On Borrowed Time?

What are Pakistan’s options at the FATF?

Indian Foreign Policy After the Elections: All Eyes on China

Whatever comes after India’s election, the role of China will loom large in Indian foreign policy.

Understanding the Origins of the Pulwama Attack Inside Pakistan

Who benefits from the Pulwama attack?

Is Pakistan’s Stability in India’s Interest?

The thought of a failed nuclear-armed state next door is worrying India more and more.

As China-US Ties Continue to Fray, Can Their Ambassadors Make Repairs?

Exercises near Taiwan were scheduled to end on August 7, but China’s military has announced new drills for the next week.