As a high school student in Qixinghe, a village in China’s northernmost Heilongjiang province, Liu Enhui had little interest in going to college in his home country and declined to even take the national college entrance exam. Studying abroad, on the other hand, appealed to his sense of adventure. He dreamed of one day studying engineering in Germany and designing cars for British automaker Land Rover.

First, though, he needed to learn Korean.

For Liu, studying in South Korea made sense, despite the fact that he’d never visited and knew little about the county. It only took about two and a half hours to fly to Seoul from Harbin, his province’s biggest city. Tuition at most colleges was relatively affordable. He could likely study at a better university that he could in China. Perhaps most importantly, going to South Korea would give him the chance to finally experience life abroad.

All he needed to apply was a satisfactory score on the Korean proficiency exam, TOPIK. To get that, he enrolled in Korean language classes, first at Seoul National University of Science and Technology and then in an accelerated language program at Yonsei University, the school he hoped to attend. I first met Liu while studying at the University Korean Program at Yonsei for a semester.

New students in the University Korean Program began by learning hangeul, the elegantly efficient Korean alphabet, faltering over unfamiliar pronunciations, and memorizing how to arrange letters into syllable blocks somewhat resembling Chinese characters. If everything goes well, five grueling seven-week semesters later, even newcomers like Liu should graduate able to read and discuss academic texts and pursue undergraduate or graduate studies in a country eager to fill classroom seats left vacant due to record low birth rates and declining enrollment.

But if a student fails the same class more than once — a relatively common occurrence given the sheer amount of content covered — they must leave the program and, depending on their visa situation, perhaps even the country.

The intensive crash course approach, covering in ten months the same amount of material that other programs cover in a year and a half, has proven most appealing to Chinese students, who make up about 70 percent of those enrolled, according to the program’s coordinator.

In part, the numbers are reflective of the overall predominance of Chinese students among international students in South Korea — 55 percent of 123,858 students as of April 2017. Shin Jae-yong, director for the South Korean government’s Study in Korea Support Team, said the popularity of Korean dramas and K-pop in China is a major reason why so many Chinese students choose South Korea for higher education.

The high percentage of Chinese students in Yonsei’s program is also attributable to the fact that, unlike American and European students who often study in Korea through short term-exchange programs, many Chinese students want to get their degree in South Korea and need to learn the language. 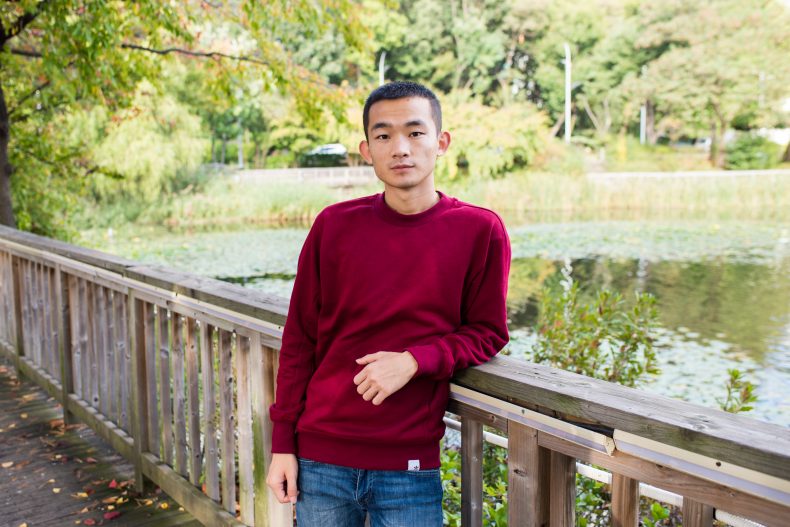 Cindy Wan had just finished high school in Macau weeks earlier when she enrolled in the University Korean Program in June 2016. Now, less than a year and a half later, she is a scholarship student in the School of Media and Communication at Korea University, one of the most prestigious schools in South Korea.

Wan’s quick progression through all five levels of the University Korean Program represents the ideal scenario for Yonsei’s language students, many if not most of whom fail at least one level while studying there. Yet acing her language classes and getting the highest possible TOPIK score didn’t mean Wan had an easy time once she began studying toward her degree.

Even so, Wan still has to compete with students who are native Korean speakers under the university’s relative grading system, which compares students’ scores when calculating grades. One advantage she does have, though, is that she studied in a more rigorous language program than most of her international student peers.

“The jargon, the words or phrases used specifically for university, are sometimes difficult to find even in dictionaries,” she said, noting the University Korean Program’s emphasis on academic Korean. “So in that sense, it’s been easier for me than for friends who went through programs that placed more emphasis on culture.”

Dr. Kim Je-yeol, the director of Academic Affairs for the Korean Language Institute at Yonsei’s International Campus, said Korean language educators have historically not done enough to cater instruction to the specific needs of students. He explained that trying to address that problem was one of the main reasons why Yonsei started the University Korean Program for would-be college students in 2011.

He acknowledged, though, that not even a specialized program could prepare students for everything they would encounter in a Korean classroom.

“Our basic contents are for the students to be able to take classes, live on campus, and go to college,” he said. “But that doesn’t mean after they finish the program they will just have a breezy time. Whether they’ll be able to take it easy in college will depend on their individual efforts.” 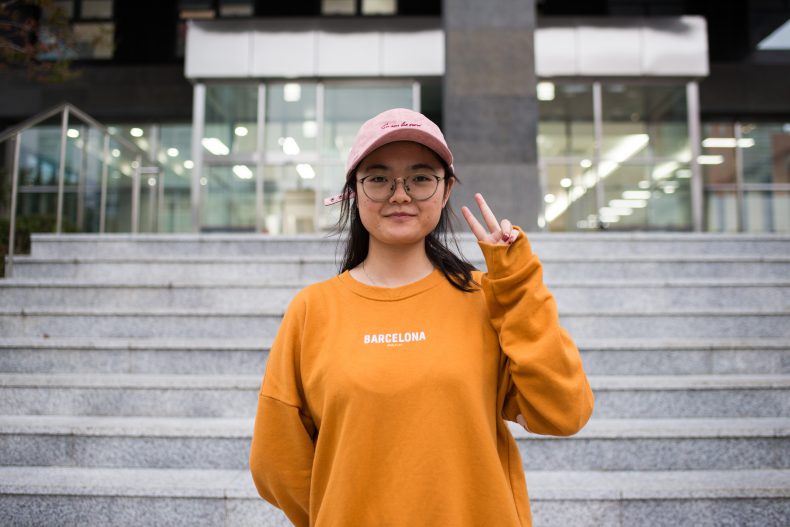 One of the most formidable challenges graduates of Korean language programs face is that, often, Korean is not the only language they need to know.

Teng Jahan, one of Wan’s former classmates from Lanzhou in China’s Gansu province, spent a year studying in the University Korean Program and another Yonsei language program before starting graduate coursework in economics at Sogang University last month.

Much to her surprise, her textbooks for classes on econometrics and theories of economic development were written not in Korean but in English, a language she hadn’t studied since she was an undergraduate.

“Right now, my professors, they’re Korean, and they use Korean sometimes, but they also use English sometimes,” she said, expressing a measure of disappointment that she now rarely uses the language she originally came to South Korea to study. “The class is very difficult to follow. I only understand about 50 percent.”

English-language classes are a common part of the curriculum at many Korean universities, and the South Korean government has encouraged the development of college courses and programs taught in English as part of a plan to nearly double international student enrollment to 200,000 by 2023.

Those English classes, however, make a Korean college education that much more complicated for Chinese students who have already devoted significant time and effort into learning Korean.

Liu only ended up studying at the University Korean Program for two semesters, leaving after he got a high enough TOPIK score. This semester, he returned to the school where he first started studying Korean, Seoul National University of Science and Technology, now as a business administration major.

His journey to becoming an undergraduate student in South Korea has been full of twists and turns, taking him back and forth between China and three different Korean universities (“Life is a mess,” he said with the help of a translation app on his phone.)

His experiences during that time, he said, have helped him mature as a person and led him to reassess his dreams. Rather than work abroad, Liu now plans to follow what he called a more “realistic” path and return to China after graduating, perhaps to work as a police officer or maybe a bank employee.

Liu spoke positively of his life in South Korea. He enjoys the independence he has as a student and said he expects living abroad will help him when it comes time to look for a job.

Still, he is taking seven classes this semester, five taught in Korean, two in English. As he prepared for his midterm exams, he seemed to recognize that he had his work cut out for him as a Chinese student in South Korea.

Bryan Betts is a freelance journalist based in Seoul. He has worked for daily newspapers in South Carolina and New Mexico and previously taught English in South Korea through the U.S. Fulbright Program.

Amid growing anti-Chinese sentiment in South Korea, there is a mismatch between the popular will and Seoul’s foreign policy.

Baidu’s introduction of a popular Korean poet as “Chinese” adds more fuel to the theory that China is trying to “steal” Korean cultural icons.

Is the Golden Age of Chinese Studying Abroad at an End?

Political headwinds could deter Chinese students from universities in the U.S., Australia, and the U.K.