After a state employee at the Hawaii Emergency Management Agency mistakenly triggered a ballistic missile false alarm on January 13, Hawaii’s emergency response system was lambasted as poorly planned and the public unprepared for a possible missile attack.

Prior to the debacle, the state agency warned that a 150-kiloton nuclear strike on Honolulu would devastate critical transportation and communication infrastructure. Utilities would be crippled, up to 18,000 killed, and the resulting 120,000 trauma and burn victims would overwhelm Hawaii’s emergency services. In February, the Honolulu Star-Advertiser reported that Hawaii’s hospital capacity would have no way to adequately respond to such an attack.

It’s a strikingly grim scenario for a place that thrives on an image of fun, sun, surf, and sand, but one which Hawaii’s politicians and resident military personnel are being forced to consider, no matter how unlikely the odds.

Tourism and the military — Hawaii’s two largest economic drivers — may appear to be at odds with each other but they intersect at Pearl Harbor, less than four miles from Honolulu’s international airport.

A few miles beyond, Camp H. M. Smith is headquarters for U.S. Pacific Command (USPACOM), the oldest and largest of America’s unified commands. Everything from planning for war on the Korean peninsula and so-called freedom of navigation operations in the South China Sea, to contingencies and counterinsurgency operations in the Philippines and as far west as the frontiers of Pakistan, Central Asia, and Siberia, all fall within USPACOM’s area of responsibility.

For Hawaii, the U.S. military’s most important testing, training, logistics, and supply hub in the Pacific, the question arises: In the event of a war with an East Asian adversary, how likely is an attack on the Hawaiian Islands and what is at stake? Furthermore, what does Hawaii offer the world politically as an alternative to raw military might?

When considering how the United States might respond to an attack on Hawaii, Commander Dave Benham, director of media operations for USPACOM public affairs, would only say, “U.S. Pacific Command forces remain ready to respond to any contingency throughout the Indo-Pacific.”

Speaking in Honolulu at an East-West Center sponsored forum entitled “Understanding the Threat of North Korea and What It Means for Hawaii” last October, Pacific Forum CSIS President Ralph Cossa said the odds of a North Korean nuclear attack on Hawaii were “somewhere in the neighborhood of well less than one percent.”

At the same forum, Dr. Denny Roy, a political and security issues analyst at the East-West Center, agreed that a North Korean strike was unlikely (and technically impossible) but added that he was worried about potential miscalculation by the “image conscious, insecure leaders,” U.S. President Donald Trump and North Korean dictator Kim Jong-un.

Roy says the United States has three options for dealing with Pyongyang: launch preventative “surgical strikes,” accept a nuclear-armed North Korea, or pursue diplomatic negotiations. Now, with a diplomatic breakthrough and talk of a possible Trump-Kim summit, Roy continues to see a North Korean strike against Hawaii as a “very low-probability event.” What lies ahead, however, is anyone’s guess.

Like Roy, Dr. William Wieninger, a professor of security sector studies at the Daniel K. Inouye Asia-Pacific Center for Security Studies in Honolulu, questions North Korea’s ability to hit a target as remote as Hawaii. But, he adds, “If war did break out on the Korean peninsula, it’s certainly a very plausible possibility that North Korea would decide to try and hit Pacific Command or Pearl Harbor with their weapons.”

“Hawaii is definitely at risk,” Wieninger says, even as he casts doubt on the effectiveness of long-range ballistic missile defense.

“We spend an awful lot of money on ballistic missile defense because we don’t want to be vulnerable…and I understand that fear,” he says. “Unfortunately it’s a lot easier to get around missile defense than it is to stop the missiles.”

He argues that Russia, China, and possibly even North Korea, could circumvent U.S. missile defense at a much lower cost than the deployment of an adequately effective missile defense.

“If there was a war with China or Russia, and it escalated to a full-blown war, they certainly would hit our military facilities here,” Wieninger says, explaining how in a war with China, Hawaiian military installations at Pearl Harbor, Kaneohe Bay, or others that support or resupply forces in the region would be likely targets.

Rather than focusing on a low probability attack that can’t be stopped, Wieninger, a U.S. Air Force veteran who has spent his career studying nuclear deterrence and security issues, suggests talking with adversaries to ease the threat.

“What’s really important for us is to not focus on building missile defenses because that’s not going to solve the problem. I wish it could, but I just don’t think it can. The solution is to reduce tensions and maintain a clear relationship that is stable. It doesn’t have to be friendly,” but he argues, “Peace is always the best defense.”

You Say You Want a Resolution

In the face of all the war talk last year, one Hawaii resident decided to take a different approach. Koohan Paik, a resident of Hawaii County (Big Island of Hawaii), wanted to see her own county officials show support for diplomacy with North Korea, so she wrote a resolution calling for the United States to pursue diplomacy to reduce tensions with North Korea.

Paik’s resolution stated that a diplomatic solution “is in keeping with our islands’ most treasured ideal, that of aloha.” After public hearings in Hilo last October, the resolution was passed by Hawaii’s County Council with an 8-0 vote.

In February, a similar resolution was introduced to the Kauai County Council by councilmember JoAnn Yukimura, the county’s former mayor. Yukimura said she also wanted her community to demonstrate its support for diplomacy with the ultimate goal of signing a peace treaty and formally bringing the Korean War to an end.

Some council members were skeptical, but Yukimura insisted: “You never know what a difference you can make. I know it won’t make a difference if we don’t pass it.” In the end, the Kauai resolution passed unanimously.

A third resolution followed on Maui in late March when a county councilmember Kelly T. King introduced a version which called for and hoomaluhia (peacemaking). That resolution read, in part: “…Hawaii’s strategic location in the Pacific makes the state especially vulnerable in the event of a transpacific war, and places its people in a unique position to call for peace between the United States and the Democratic People’s Republic of Korea,” the formal name for North Korea.

King said she hopes Maui becomes part of a “larger collective voice” seeking nonviolent solutions to conflicts at every level — local, national, and international.  Like the previous resolutions, Maui’s was passed unanimously, marking the third of Hawaii’s four counties to have passed such resolutions.

In her own written testimony, Paik said, “We cannot stand by silently, and fearfully.” By first writing her own and then encouraging the other two resolutions, Paik hopes other counties in other states will follow suit. Rather than be a force for projecting military power, Paik wants Hawaii to be a force for peace and diplomacy, as she wrote, “so that true aloha can emanate from Hawaii to influence the rest of the world.”

Aloha as a Political Strategy

In Hawaii, security experts like Wieninger also see the political value of what is known in Hawaii as “the aloha spirit” as a value that not only means hello, goodbye, and love, but can refer to compassion, mercy, and charity. Aloha can also mean neutralizing conflict by peaceful, harmonious means.

The East-West Center’s Roy also mentions the aloha spirit as something Hawaii can offer the world but says, “I don’t think this would mean much to the key figures around the world who are inveterately committed to political goals for which they are willing to spill unlimited amounts of other people’s blood.”

CSIS’s Pacific Forum President Cossa said simply, “The aloha spirit — we need a lot more of it in the world.”

The concept of aloha has a deeper meaning, which many Kanaka Maoli — Native Hawaiians — say is an alternative to the pursuit of war. 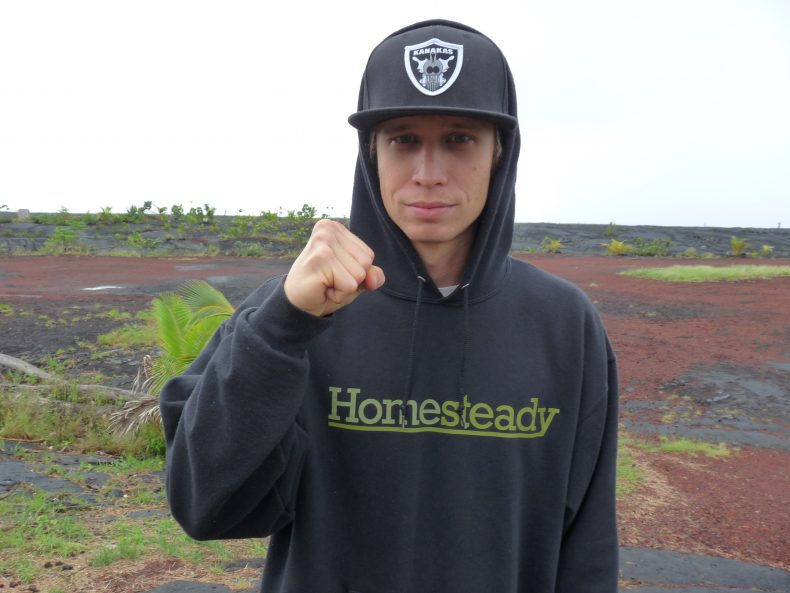 Lakea Trask, a 31-year-old Kanaka Maoli (Native Hawaiian) from the Puna District of Hawaii Island, believes the Hawaiian values of aloha (love, compassion, mercy, kindness) and aloha aina (love for the land) offer an alternative to war, violence and destruction, not only for Hawaii, but for the world. Photo by Jon Letman

Jon Letman is a Hawaii-based independent journalist covering politics, people, and the environment in the Asia-Pacific region. He has written for Al Jazeera, Foreign Policy in Focus, Inter Press Service and others.

Australia-China Relations: The Outlook for 2023

Despite the current détente, five major issues may place further strain on the Australia-China relationship next year.

There is a palpable sense of relief in China now that the days of zero COVID are over.

Police said that Fawad Chaudhry was arrested on a complaint by the Election Commission of Pakistan that he had intimidated election officials.

Two structural constraints, one international and one domestic, ensure a high degree of continuity in Hanoi's external relations.

The island does not have an energy policy and deals, which are often done secretly, are controversial.