DILI — Timor Leste headed to the polls on May 12 in its second general election in as many years, with the opposition coalition of parties led by the National Congress for Timorese Reconstruction (CNRT) claiming victory.

Over six months of political stalemate had forced President Francisco Guterres to absolve the parliament in January 2018, calling an early election for the first time in the nation’s short history.

The resulting campaign centered largely on economic issues, leaving gender issues under-debated. In particular, there is no clear policy on offer to recognize the key role women played during the country’s resistance against Indonesia from 1975-1999.

Like most Timorese elections since independence, the May 12 poll was a contest between two former military leaders — Mari Alkatiri and Xanana Gusmao — demonstrating how high-profile male veterans of the resistance continue to leverage their heroics for political gain.

The dominance of the male protagonists of the resistance in Timorese politics reflects the societal and economic advantages of male resistance fighters, who benefit from policies and social attitudes that rightfully valorize their war-time bravery.

But for the women who also played a central role in Timor-Leste’s independence war, recognition for their contribution is muted, constrained by policy settings that marginalize the essential role women played in liberating the nation.

It’s hard to understate the all-encompassing nature of Timor-Leste’s generation-long resistance against Suharto’s Indonesia. It was a conflict that resulted in the loss of a quarter of Timor-Leste’s pre-war population, and necessitated all to contribute — including thousands of Timorese women.

Occasionally, women did fight alongside men on the frontline. But more often, they were actively involved in the clandestinos, a sophisticated network of undercover informants responsible for smuggling supplies, medicine, weaponry and information to the front. Sixty percent of the clandestinos were female. 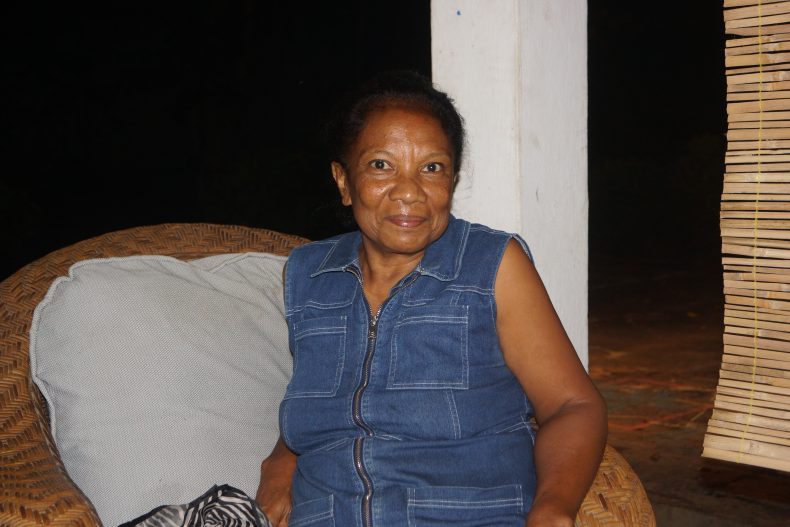 Over late night coffee in Dili’s Villa Verde district, I sat with Simona Tilman, a nurse whose secret job during the war is illustrative of the mosaic of roles women played, which are rarely recognized by the state.

From her office at the International Red Cross in Dili, Tilman would coordinate with her fellow clandestinos to distribute medicine to those fighting in the mountains.

“We would send medicine to the front…to Xanana [Gusmao],” she said. “We would steal supplies [from the Red Cross offices] and distribute them to those fighting on the front lines.”

Thousands of others were actively engaged in similarly secret, illegal operations — often right under the nose of Indonesian authorities in Dili. It was dangerous, vital work, but it was work without a title. It is these contributions that Timor-Leste’s government has failed to adequately recognize.

Dr. Lia Kent of the Australian National University has spent much of her career exploring the role of women in post-war Timorese society. She fears that women’s roles in the resistance are “under-recognized.”

“There is little official effort to remember women’s contributions to the liberation struggle,” Kent says.

Of chief concern is the effective exclusion of women from government schemes intended to “valorize” and reward veterans for their service.

Kent believes the nature of these schemes is such that they prohibit women from ever really being able to access their benefits as a result of their personal contributions to the resistance.

“The schemes calculate pension amounts on the basis of a person’s ‘rank’ within formal resistance structures. Women are far less likely than men to have held a formal rank,” says Kent.

While many women receive a “survival pension,” this is dependent on them having lost a spouse in the war. It ignores the women’s own contributions. “97.5 percent [of women receiving compensation] were receiving the survival pension,” Kent and Naomi Kinsella, a human rights consultant, wrote in a 2015 study. “[This] means they were not receiving a pension in recognition of their own contribution, but that of a family member.”

Kent’s concerns are echoed in a 2010 report by the International Center for Transnational Justice.

It found that “By choosing to valorize the armed and clandestine sides of the resistance movement, the state has marginalized the role of women during the civil war and Indonesian occupation.”

Similar conclusions were drawn by the Asian Development Bank in 2015: “Despite their active involvement, many women feel their contribution has not been sufficiently recognized.” 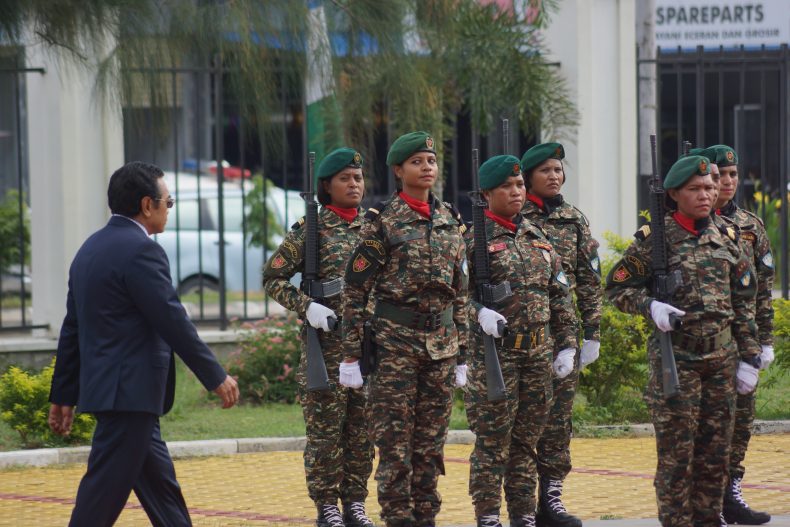 This enduring lack of recognition, however, is not the only challenge faced by women in contemporary Timor-Leste.

During my time in Dili, officials, locals, and expatriates I spoke with stressed that the question of wartime recognition was just one of a range of gender issues in the country, and hardly the only example of policy failing Timorese women.

Domestic violence was only outlawed in 2010, and both sexual and physical violence remain prevalent.

The Asia Foundation in 2015 reported that 59 percent of Timorese women in relationships between the ages of 15-49 have experienced some form of sexual or physical violence.  Perhaps as alarmingly, the research found that over 80 percent of Timorese (men and women) believe it is “justifiable for a husband to hit his wife under certain circumstances.”

The prevalence of sexual violence is especially abhorrent considering the extent to which Timorese women suffered the same kind of trauma during the Indonesian occupation, when sexual assault was weaponized against the local population — often clandestinos.

Further recognizing the role women played in Timor-Leste’s resistance won’t eliminate these scourges in modern Timorese society. But doing so would demonstrate the government’s commitment to valuing and respecting Timorese women more broadly.

Despite war’s undoubted impact on women, conflict can, paradoxically, also fast-forward women’s rights. In the West, the horrors of war were juxtaposed by numerous advances in gender equality. The all-consuming nature of conflict necessitated that everyone contribute to the effort, on the frontline and the home front, creating new opportunities for women.

But once the guns fall silent, postwar societies often reject the societal change that conflict brought.

In the West, the postwar years saw a fierce resistance to the advances in gender equity of the 1940s. The following decade saw many of those advances simply rejected: after so much progress, gender equity took a backward step.

This dynamic risks being replicated in Timor-Leste today. Should policy continue to fail to protect women and marginalize their contribution to the country’s liberation, it is hard to see a better deal for women in Timor-Leste on the horizon.

As my evening ended at Tilman’s, I put down my empty mug and leaned back in the lounge chair on her patio.

“Do you think the women of the resistance will ever receive the recognition they deserve?” I asked.

Tilman replied with only the faintest optimism. “Maybe. Maybe one day.”

Edward Cavanough is a freelance writer from Sydney, Australia, and the former Manager of Policy at The McKell Institute, a leading Australian think-tank. In 2018, he is traveling overland from Adelaide to London, writing at www.oneroadtolondon.com

Timor-Leste: A Nation Waiting for a Government

The country has ground to a standstill after the collapse of its minority government. Will new polls bring stability?

Almost a decade after it secured independence, Timor-Leste remains the second poorest state in Asia. It might help if aid donors listened a little more.