In May, Taiwan’s courts officially recognized the Siraya as the island’s 17th indigenous group. Now awaiting official proclamation of their status from the central government in Taipei, the Siraya people are set to receive the same rights and privileges as Taiwan’s other indigenous groups.

The group, vanguarded by the Siraya Cultural Association, was able to successfully appeal to the Supreme Court with a petition signed by over 10,000 Siraya from Tainan.

Edgar Macapili is a composer and Siraya activist who has been pushing for recognition with his family and community for more than 20 years. His wife, Uma Talavan, and father-in-law, Ban Ching-hiong, had already been digging into their heritage two decades ago when he became involved.

“The realization of having a unique ethnic identity led them [to] a deeper desire to dig into their cultural identity, reinventing expression of their Christian faith, music, arts, and ultimately finding their own Siraya voice, their very language,” Macapili said. “There were several activities that were held in their local church to instill awareness of their indigenous identity.”

In 1997, the couple led the Khaupi Church community in a musical performance that highlighted local Siraya customs including bamboo culture, musical instruments, Siraya musical motifs, and songs using Siraya words they had learned.

The event, called “The Other Window of Pingpu,” was meant to deepen national and international understanding of the modern Siraya. Culturally, the Siraya had long been understood as “sinicized aborigines.” The Church event was intended to show another facet.

The goal was “to let the people know that there are not only ancestral-worship Siraya communities but also truly Siraya Christian communities,” explained Macapili.

Christianity is popular among many of Taiwan’s aborigine communities. Missionaries of the 20th century found them more amicable to the Gospels than the Han Chinese.

The church event was picked up by Taiwan’s media and became a surprise hit, launching the family and community into the next stage of Siraya revival. 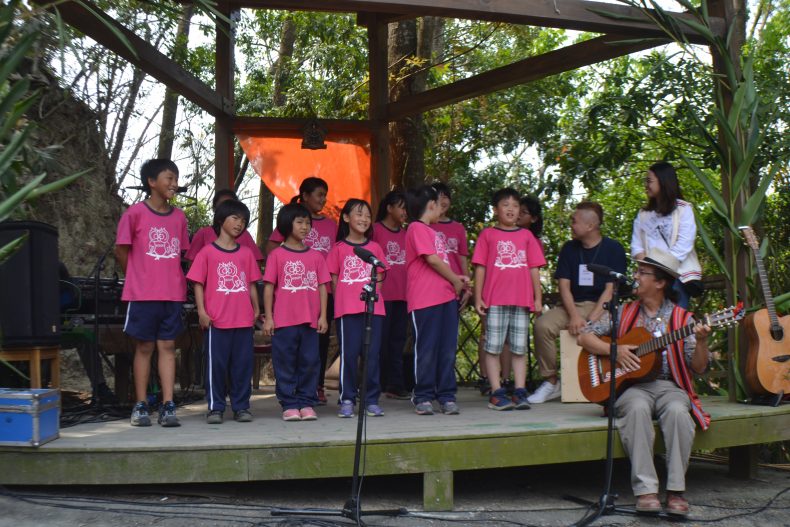 The Siraya people have been categorized for a century as “plains aborigines,” or “Pingpu.” This is a catch-all term referring to the sinicized aborigines living on Taiwan’s west coastal plain. The distinction between Pingpu and mountain-dwelling aborigines was established by the Japanese during their colonial period on Taiwan (1895-1945). Japan’s ethnographers had identified a total of nine groups of aborigines in the mountains, plus the plains aborigines. For nearly a century, this categorization scheme held.

Macapili’s family and community worked on a variety of methods to revive their identity, including language revitalization through music making, an arts and folk renaissance to resurrect ethnic aesthetics, language camps and workshops often featuring linguists and historians, and rallying other unrecognized plains aborigines to demand recognition from the government. Their most famous rally was a 2014 protest in Taipei to demand official recognition of the plains aborigine groups.

The revitalization efforts have led to the publication of Siraya language books, and a group band called Onini (“sound” in Siraya). The Sirya Cultural Association has pioneered efforts to revitalize the Siraya language using old Dutch texts, including bilingual land treaties and translated bibles used by missionaries traveling with the Dutch East India Company in the early 1600s. 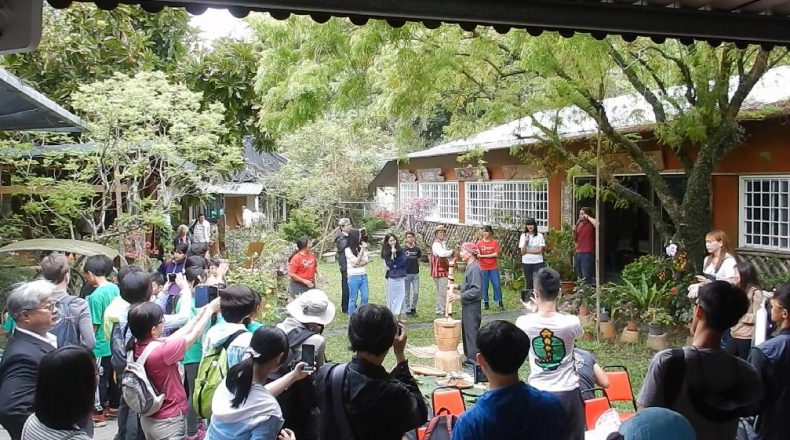 Opening songs and performances during the spring 2017 Siraya revival festival held in Tainan. Members of the Siraya Cultural Association perform while others from the community watch. Photo by James X. Morris.

Each spring they hold a revival festival in the foothills outside of Tainan.

“My role is to be a good Siraya son-in-law,” says Macapili. “As a professional classically trained musician and composer I helped the community by renewing Siraya music through adaptation of Siraya musical motifs and develop[ing] them into new songs; arranging traditional tunes into more modern and more acceptable song style so that our people can sing them and express them better with ease and adaptability.”

The Siraya Cultural Association is entering its 20th year, and with the court’s decision the anniversary could not be sweeter.

There are some critics however.

Some academics and linguists argue that Siraya is a dead language and cannot be revitalized. Others have begun their own revitalization projects, claiming their work is more authentic.

“We know that language transforms,” remarked Macapili, noting that dialects are different from region to region and from century to century. He points out that academics aren’t trying to force English speakers to revert to 400-year-old spellings and grammar. The importance is that the Siraya themselves are taking control of their culture, removing it from the shelves of a museum, and uncovering their roots.

The recognition of the Siraya people also presents Taiwan with a Pandora’s Box of legal issues and administrative headaches for the central government and the Executive Yuan’s Council of Indigenous Peoples (CIP), which oversees indigenous affairs.

The Siraya’s historically recognized ancestral lands are where present-day Tainan City is. The precedent set by the Siraya victory will create additional land rights issues for other Pingpu groups whose ancestral lands are occupied by some of Taiwan’s most heavily populated cities and counties.

The central government and CIP will soon have much more work to worry about, particularly when additional groups use this precedent to push for their own rights.

But for now, the Siraya are awaiting an official proclamation by the government. The details will have to be hammered out afterward.

A Constitutional Court ruling held that Pingpu peoples must be recognized by the government, a move that could potentially triple the registered Indigenous population in Taiwan.

Mainland China's ethnic policy could stand to learn a thing or two from Tsai's apology.

As part of a focus on transitional justice, Tsai Ing-wen formally apologizes for "4 centuries of pain and mistreatment."

Biden and Modi have a robust engagement calendar. The U.S. should leverage these opportunities to develop an ambitious roadmap for deepening defense ties with India.

According to a post published by the Russian Embassy in Pyongyang, North Korea imposed a five-day lockdown on Pyongyang to contain infectious diseases.