Last year, money sent to low- and middle-income countries by migrant workers rebounded to a record level. After two consecutive years of decline, $466 billion in remittances were recorded by the World Bank.

In Central Asia, where 10 million people are estimated to be on the move, the phenomenon of out-migration for work is felt most prominently in rural areas. Following the collapse of the Soviet Union, civil wars, and the subsequent decline in job opportunities, men are moving on from the farms they traditionally managed. Increasingly, women are being put in charge.

In Kazakhstan, for example, women’s employment in agriculture doubled between 1998 and 2003. In Uzbekistan, women outnumbered men in agricultural employment by 2008, with one-third of all working women employed in the sector. In Tajikistan, it is now estimated that women are at the head of around 20 percent of the small private farms that replaced the huge collective farms of the Soviet era.

But an increasingly prominent role has not led to increased rights over the land and natural resources a farm relies on. In particular, research has shown that women are struggling to access water supplies, as only a fraction are participating in the water user associations (WUAs) that oversee the delivery of water to farms. 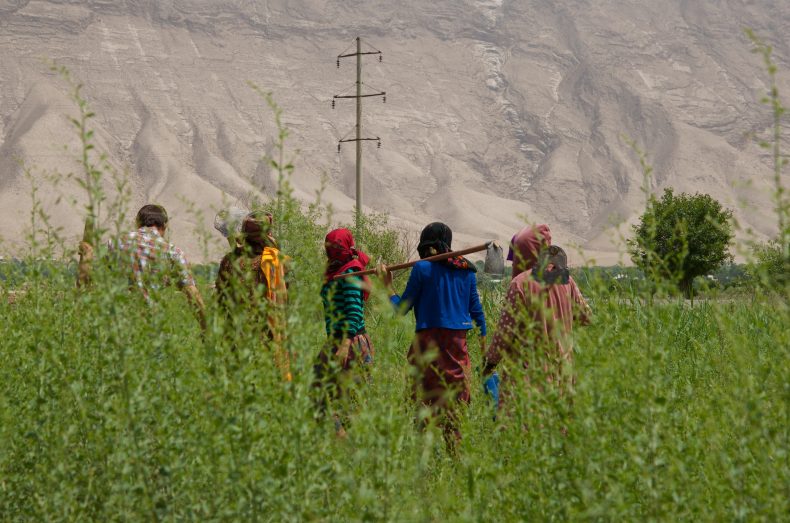 Over 90 percent of Tajik labor migrants are male and over 75 percent come from rural areas — leaving woman behind to manage farms and vital water resources. Photo: Madeline Dahm

This week, global experts are gathering in the Tajik capital, Dushanbe, at a United Nations conference discussing solutions for sustainable water management. Tajikistan itself can provide important lessons on this topic, and this “feminization” of agriculture is an important factor to be considered.

In Tajikistan, an estimated one in eight people migrate to find work. Over 90 percent of these migrants are male and over 75 percent come from rural areas. At their peak, remittances accounted for the equivalent of almost half of Tajikistan’s GDP. The figure is now closer to one quarter, due to wages in Russia falling, not because men are returning.

This is having a profound effect on the way water is managed in rural areas. Why? Because when the government first set up WUAs in 2012, training was provided to managers of farms, 98 percent of whom were male. Due to male out-migration, the percentage of male-run farms has dropped considerably. Recent research from the International Water Management Institute (IWMI) has shown that managers who received training on how to take part in WUA activities passed on their knowledge to other male shareholders of their farms, but not to female shareholders, thus leaving women who step in to run the farms ill-equipped to secure water for irrigation.

This presents various problems. First, WUAs are losing money. Without involving women in charge of farms, they are missing out on their membership fees, which go toward essential maintenance and repairs of irrigation canals. IWMI found that female-managed farms were 9 percent less likely to pay WUA membership fees than farms operated by males.

Second, those distributing water at the district level are not getting a clear idea of how much water to budget for farms in the area. IWMI found female-headed farms are 11 percent less likely to sign a water contract to request sufficient water.

Finally, women are not getting a say in how irrigation is managed, as IWMI found they are 3 percent less likely to attend the WUA meetings where important decisions such as the irrigation timetable are determined.

Women who have benefited from long-term training from USAID have shown the tremendous impact that involving women can have on water issues for rural communities in Tajikistan.

Abdullaeva Uguloi, one of only 13 female WUA leaders nationwide, has collected over $5,000 in fees from her members, which has steadied the water supply for local farmers.

“As a woman in this water management position, I experienced a lot of pushback from men,” Husnoro Saidvoa, who was the head of a WUA for four years, explains. “Every time we had meetings, men would dismiss me and say they needed to talk about the real water issues.”

Now, she has become a hydroconstruction specialist, in charge of eight water organizations and 17 WUAs. She is now working on infrastructure to manage flooding and disasters.

“Women really had to fight to be heard,” Saidvoa told us. “But now I think that is changing, as more women excel at this role.”

The stories of these women can serve as promising examples of how to tackle water access issues in Central Asia. In this climate, farms cannot function without water. Food security cannot be achieved without farms. It is therefore critical, as women increasingly take the helm of private farms, that women’s participation in water users associations and in water governance more generally is increased in this region. 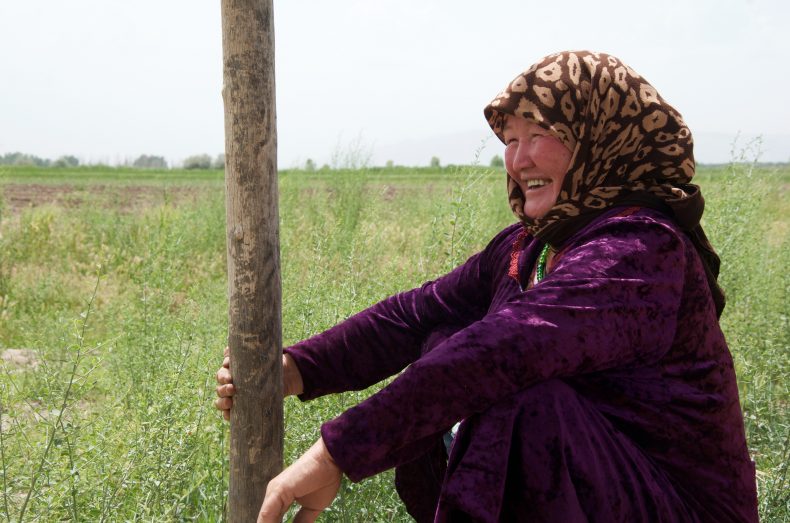 Dr. Soumya Balasubramanya is Senior Researcher in Environment and Development Economics at the International Water Management Institute—a CGIAR center. She uses economic methods to address environmental and development challenges in Asia and Africa. Her work has been used by international aid agencies and financial organizations to inform investments and programs; and by governments in developing countries to design policy

Dr. Ted Horbulyk is an economist with significant field experience applying economic methods to water resources and other environmental challenges across the developing world. He serves as Principal Researcher for Economics at the International Water Management Institute in Colombo, Sri Lanka, where he leads the research group addressing water innovations in transforming economies.

The impacts of climate change in Central Asia will be serious.

While there's no date yet, the visit is expected in early 2018 and will mark a significant diplomatic step in the region.

Without Karimov's bombast about Rogun, Tashkent is better positioned to earnestly engage on an issue of vital importance.

The electricity generation scheme has its big backers, but skepticism remains.