Are Yasukuni Shrine Visits a Sign of Rising Nationalism in Japan?

On July 25, the day of Pakistan’s general elections, Wahab Zahid woke up early in the morning. He was excited to take part in the general elections for the first time in his life. He took his vehicle, a Suzuki Bolan, from his home in Muhammad Shahi town of Quetta to transport voters to polling stations. He was a supporter of the Balochistan National Party (BNP)-Mengal and was driving voters from his neighborhood to the nearest polling station in the eastern bypass area of Quetta. This area is part of NA-266 constituency of the National Assembly and the PB-31 constituency of the provincial assembly.

Wahab parked his vehicle outside Tameer-e-Nau Educational Complex polling station and dropped off the voters. He was sitting in his vehicle waiting to take them back to their homes. Safar Khan, his neighbor and also a supporter of BNP-Mengal had joined him for a brief chat. As they were chatting, there was a loud bang — and that’s how Wahab and Safar and 29 other people lost their lives in what was later confirmed as a suicide blast targeting a police van.

Even before that attack, the 2018 election campaign had been marked by violence in Balochistan. Earlier, on July 13, a suicide bomber attacked a political rally in Mastung district of Balochistan, killing 148 people, including the candidate Siraj Raisani. There were security concerns that Quetta, the provincial capital, could be targeted by terrorists on election day. These threats, however, could not deter Wahab from actively working for his political party on July 25 — and ultimately losing his life. 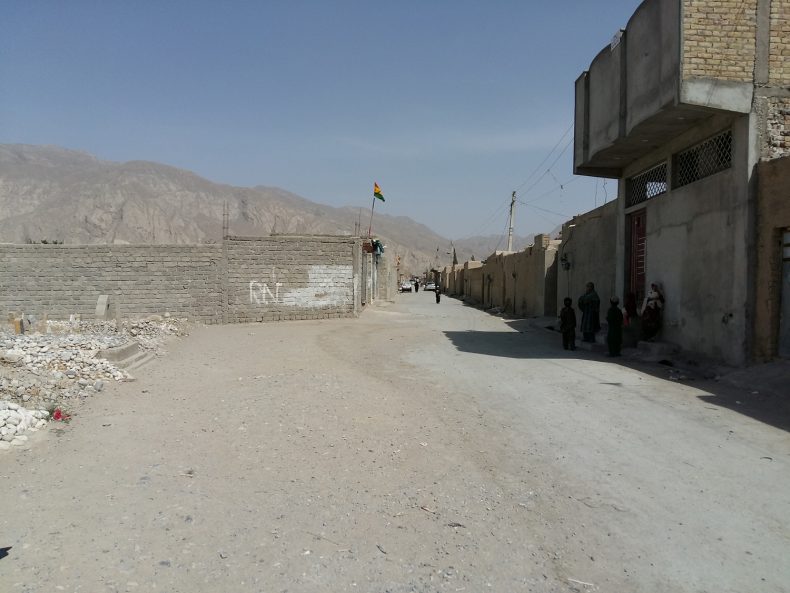 The streets of Muhammad Shahi town. Photo by Adnan Aamir.

Muhammad Shahi town is a small neighborhood of 400 people situated in the southeast of Quetta. Most of the residents of the town are working-class people. The streets are narrow and messy and the pylons are covered with the flags of political parties. On this day, on the second street of this town, condolence prayers were taking place for both Wahab and Safar. People were coming, saying their condolences as per the local traditions, and leaving.

Wahab, a 22-year-old student, was the oldest of six siblings. Wahab’s father, who is a civil servant, was present at the condolence prayers. Overwhelmed by his emotions, he could not talk about the circumstances that took the life of his son. Neighbors present told me that Wahab’s 10-year old brother starts crying every time someone mentions the name of his oldest sibling.

Zafar Meraj, a neighbor and childhood friend of Wahab’s, said that Wahab was wounded by shrapnel from the suicide blast and succumbed to his injuries while he was being transported to the hospital. Wahab had become engaged just a couple of days before his death, revealed Zafar. “We had planned to see all the gifts Wahab had received upon his engagement once the elections were over but now he is no longer with us,” said the grief-stricken Zafar.

Ejaz Sangat is another neighbor of Wahab’s. Ejaz’s younger brother was also present at the site of the suicide attack. “My younger brother survived the attack but my dear brother [Wahab] could not and got separated from us forever,” Ejaz told The Diplomat.

Apart from his political activism, Wahab was an aspiring poet in the Brahvi language, which is spoken in Balochistan. He was an active member of a Shaal Adbi Deewan, a literary forum headed by Ejaz. “Wahab had many talents and he was poised to be a successful poet if he had not risked his life for his political party,” lamented Ejaz.

Saeed Noor, editor in chief of Parav, a Brahvi political and literary weekly, said that “the loss of literary people is a tragedy for Balochistan.” He added, “Men of letters [like Wahab] should contribute with their written and spoken words and stay away from field work given the security situation in Balochistan.” 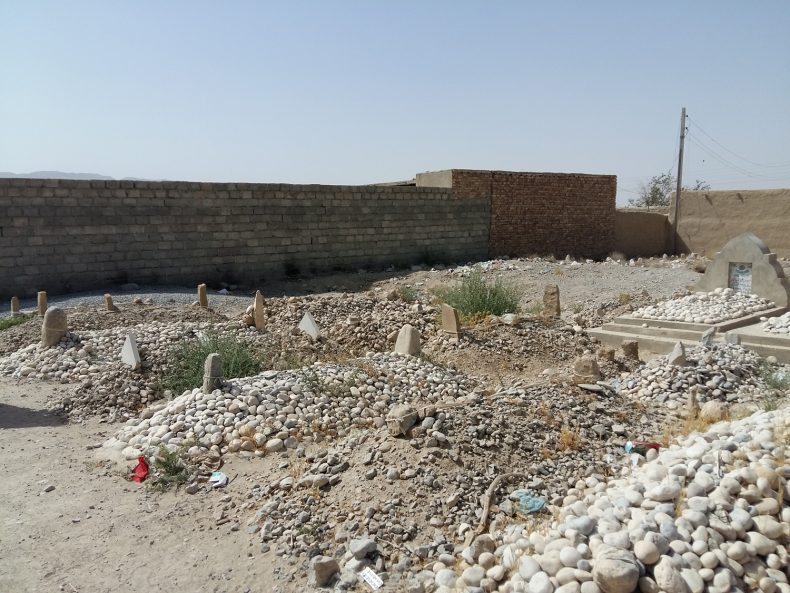 The graveyard where Wahab is buried. Photo by Adnan Aamir.

Wahab and Safar lost their lives supporting the electoral activities of BNP-Mengal. However, the party leaders have ignored them altogether, according to the neighbors who talked to this scribe. “Some of the political leaders came to offer condolences and left, which is very disappointing for us,” said Zafar.

As Noor put it, on July 25 the BNP-Mengal lost an activist, which they can replace, but Wahab’s parents cannot get back their son.

The BNP-Mengal won substantial seats in the election and is now involved in negotiations to form a government in Balochistan. Leaders of the party can remain in government and enjoy its perks and privileges for the next five years. They owe their victory to common activists like Wahab, who lost his life working for the electoral success of the party. However, no one will remember Wahab for his contribution to the success of the BNP-Mengal. Wahab and Safar are unfortunately collateral damage in the terrorism-infested Balochistan.

Agha Hassan Baloch, spokesman of the BNP-Mengal and member-elect of the National Assembly from NA-266, told The Diplomat that if their party comes to power they will announce a financial compensation package for Wahab and other victims of the election day blast. However, the financial compensation can not bring back Wahab, nor it can prevent the loss of such political activists in the future again.

Wahab, being an able and aware poet, had anticipated his own death in his poetry. One of his couplets written in the Brahvi language can be  loosely translated as:

In the hustle and bustle of Life, death came
Like Soul separated from Body, Zahid

Adnan Aamir is a journalist and researcher based in Quetta, Pakistan. He has written for Financial Times, Nikkei Asian Review, South China Morning Post, and Business Standard amongst others. Follow him on twitter @iAdnanAamir.

The Politics of Taiwan’s COVID-19 Response

The Taliban, 9/11 and An American Evacuation

Remembering Wahab Zahid, a political activist and victim of the election day blast in Quetta.

What Explains the Timing of Pakistan’s Anti-India Dossier?

Islamabad has come forward with evidence about India’s role in spreading terrorism in Pakistan. That might be a politically smart move.

Is It Imran Khan’s Turn Yet?

A look into the political journey of one of Pakistan’s top prime minister candidates.

Infighting within the Taliban government has the potential to spiral into conflicts across Afghanistan, with spillover implications for Pakistan.

Iran’s full membership in the Shanghai Corporation Organization has become a perceived necessity for Tehran’s foreign policy goals. But will it actually help?

A virtual conference announcing the launch of Diplomat Risk Intelligence probes how 9/11 changed the Asia-Pacific.

But little good will come from authorizing the mining and trading of the volatile digital currencies.

The tensions of the 1960s served as the catalyst for the creation of today's peaceful, prosperous, and cohesive Southeast Asia.

Judges say that the “specific legal element of the crime against humanity of murder” has been met in the sanguinary crackdown.

By Aamer Madhani and Jonathan Lemire

The move is likely to deepen a growing chasm in U.S.-China relations.